Serena Williams's coach Patrick Mouratoglou expects on-court coaching to continue virtually unchecked at the grand slams despite the furore during last year's US Open final when he attempted to guide her mid-match.

Mouratoglou gestured to Williams in the stands during her tempestuous defeat to Japan's Naomi Osaka at Flushing Meadows, leading to a code violation and sparking a heated row between the American great and the chair umpire. 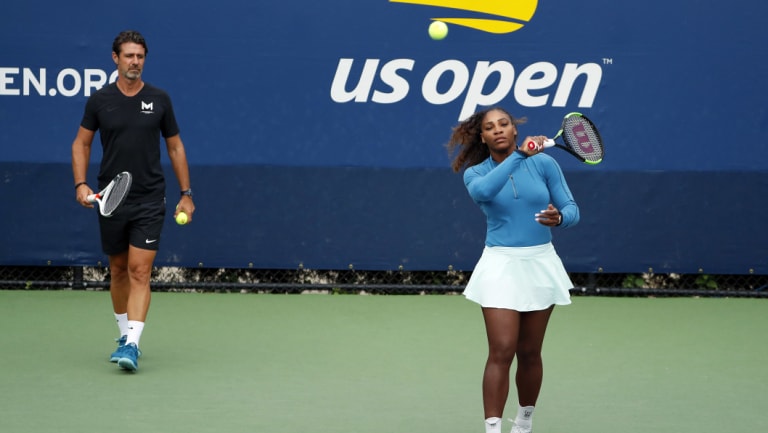 Williams, who denied seeing Mouratoglou's signalling, was incensed at the official's strict interpretation of the rule and said post-match that she felt a victim of sexism.

The Australian Open has followed the US Open's lead by trialling on-court coaching during qualifying this year, but it remains banned for the main draw events starting on Monday.

Mouratoglou, however, believes the rule will remain patchily enforced at Melbourne Park and the other three grand slams and coaches won't feel any extra pressure to comply.

"As you know, 99 per cent of the matches it's tolerated," Mouratoglou said. "It's something that people don't even think about it, just do it every match. And it doesn't make any problem.

"If it becomes really, really obvious, (umpires) will call the player or tell her: 'The coach is really coaching too much, can you ask him to slow down otherwise I will have to give you a warning'. Everybody's careful and it's fine.

"So I don't see any stress from players or coaches with coaching during the matches, to be honest."

Mouratoglou expects to see coaching eventually legalised during grand slam matches, which he felt would improve "the show" and help stoke interest among younger fans.

However, the Frenchman is not holding his breath.

"It's very difficult for the tennis reigning bodies to make change because this sport is very conservative, so it will have to go step-by-step," he said. 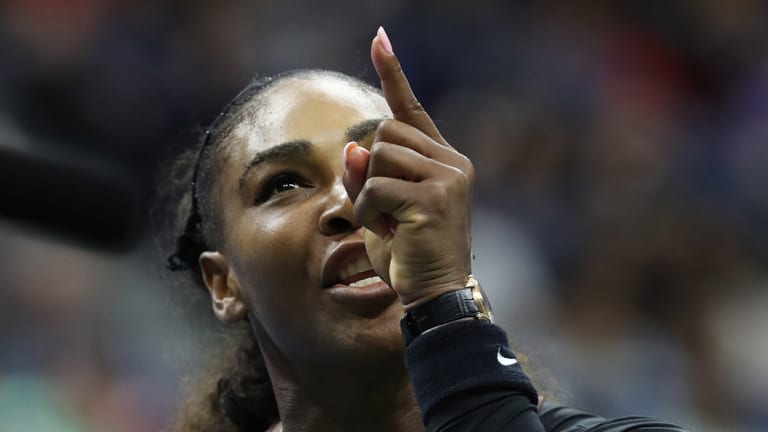 "But I see progress. I feel that a lot of people would like on-court coaching, most of the players would like it also, because they like to exchange with their coach and they feel it would add (something) during the match."

Ironically, Mouratoglou said he and Williams had decided not to do any on-court coaching, even at the tournaments on the professional women's WTA circuit where it is permitted.

"It's not that she doesn't want (it)," he said of 37-year-old Williams, who is bidding for a record-equalling 24th grand slam title and eighth at Melbourne Park after missing last year's tournament while on maternity leave.

"I think her number one quality is to be the best competitor ever and I don't want to think that suddenly she needs someone to be a better competitor. That would make her weaker.

"So for me, it doesn't make sense for someone like her."