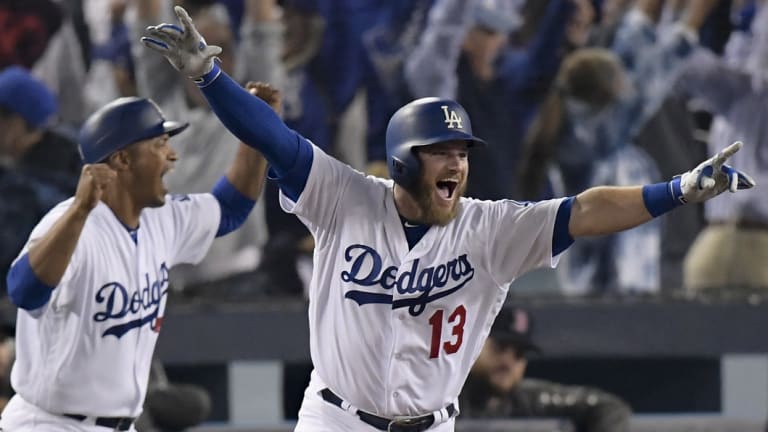 Max Muncy seals the win for the Los Angeles Dodgers in a marathon contest.Credit:AP

Max Muncy has slammed an 18th inning walk-off solo homer with Los Angeles outlasting Boston 3-2 in a tension-packed marathon that entered the record books as the longest World Series game ever.

After two losses in chilly Boston, the Dodgers were back home in warmer, friendlier surroundings trimming Boston's lead in the best-of-seven series to 2-1.

But the Dodgers needed a record 18 innings and seven hours 20 minutes (topping the previous mark of 5 hours 41 minutes set in game 3 of the 2005 World Series between the Chicago White Sox and the Houston Astros) to avoid being pushed into a 0-3 series hole from which only one team – the 2004 Red Sox – have ever escaped. 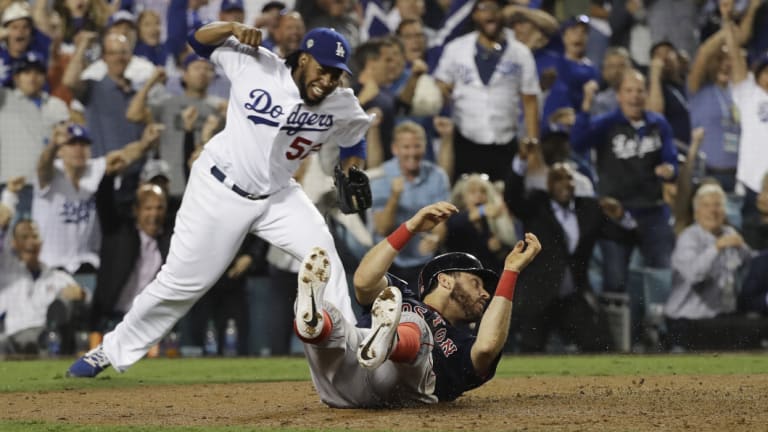