KIT numbers and football shirts have always held a strange importance to supporters.

Football fans reacted in shock after Andy Carroll signed for Reading – and bizarrely took the no.2 shirt. 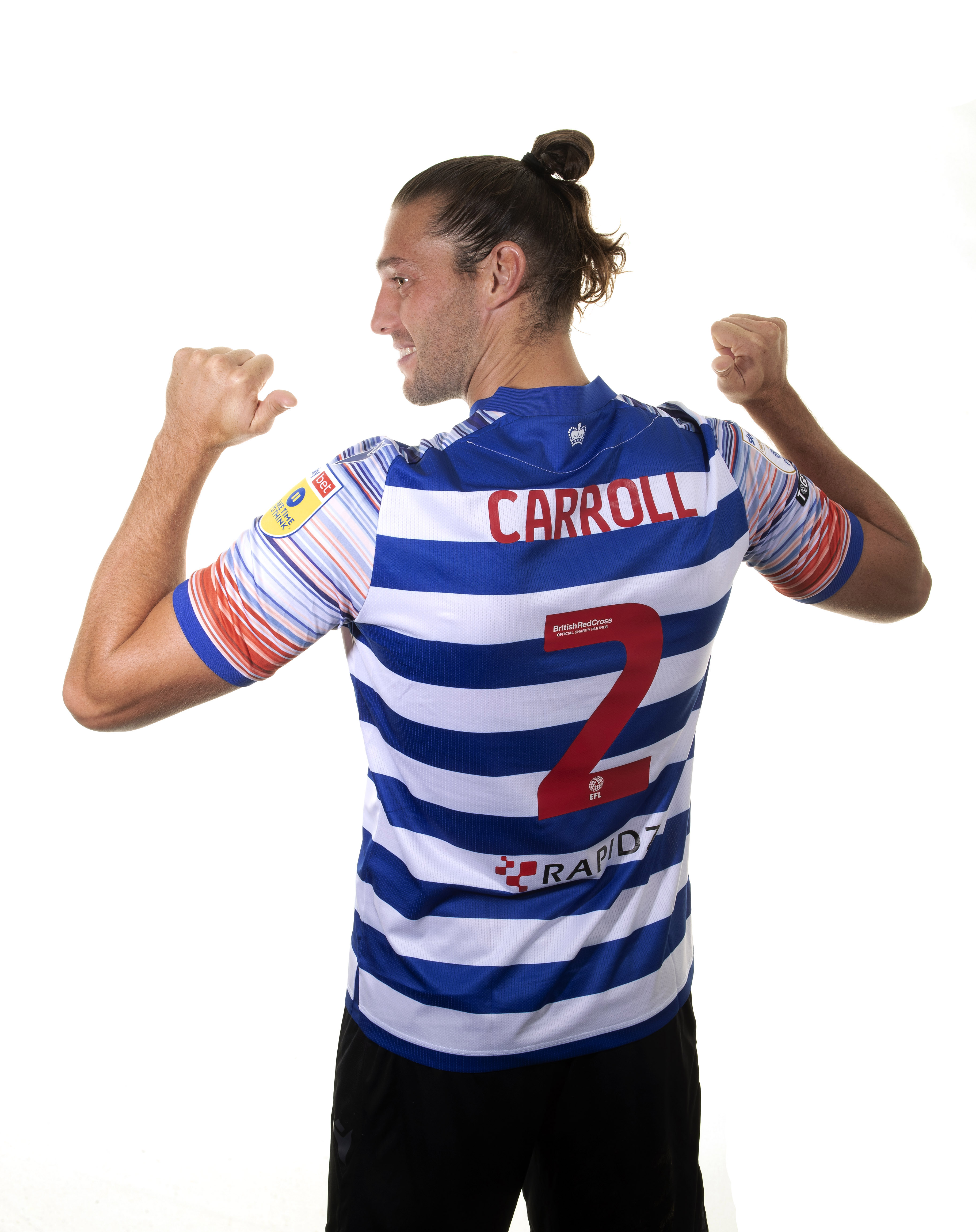 It's just the latest example of players taking numbers at clubs that has left fans baffled.

It's time to look back on the strangest kit numbers footballers have ever worn and find out the story behind it.

William Gallas – no.10 at Arsenal 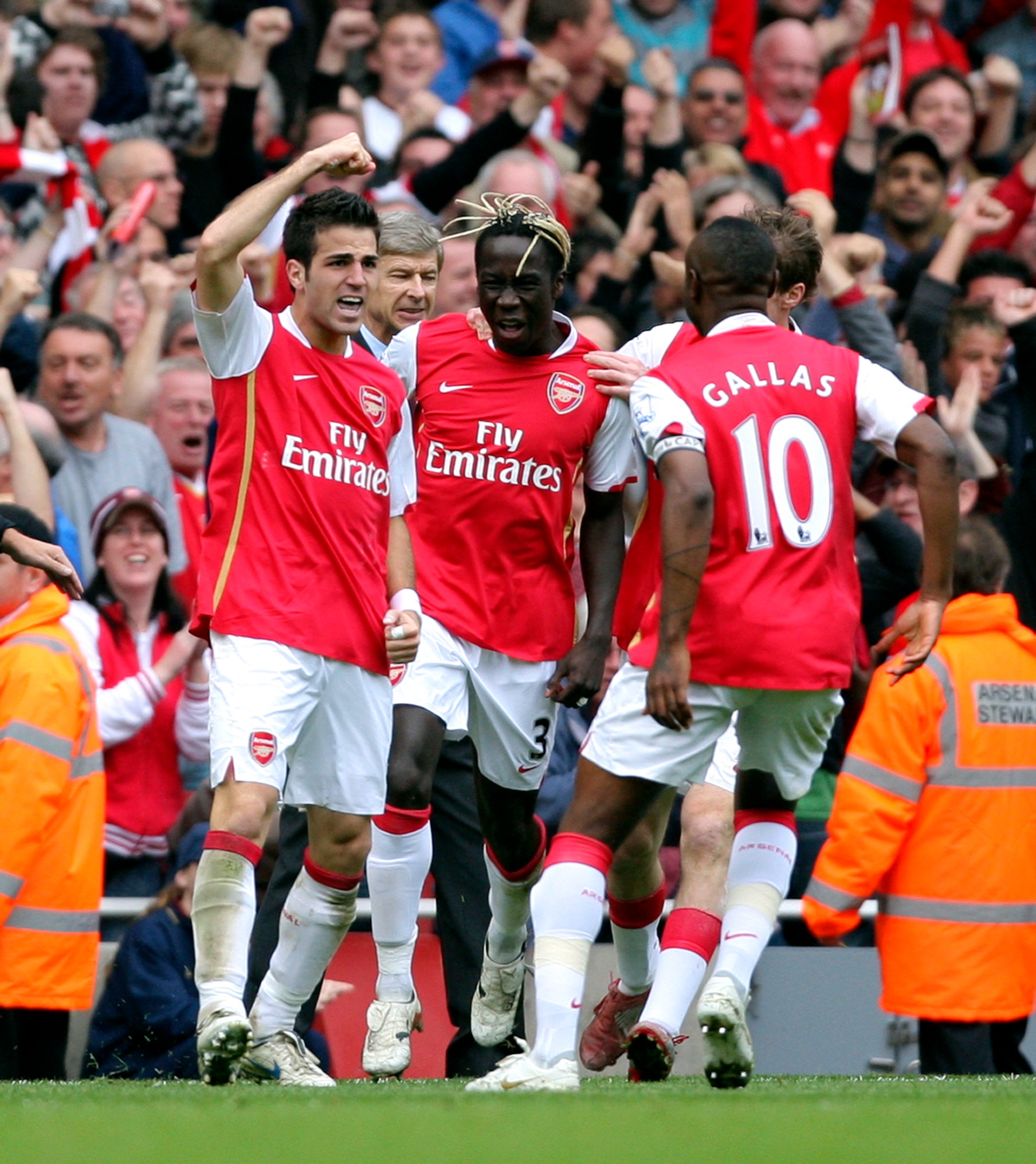 Squad numbers are still a relatively new phenomena in English football. Before 1993, players would have to wear 1-11 until the FA abandoned the rule.

Whatever the era, no.10 shirt remained synonymous with creative, attacking geniuses who could get bums off seats, including the likes of Wayne Rooney and Eden Hazard.

For this reason Arsenal fans were left stunned when William Gallas took the no.10 shirt after his 2006 move from Chelsea. 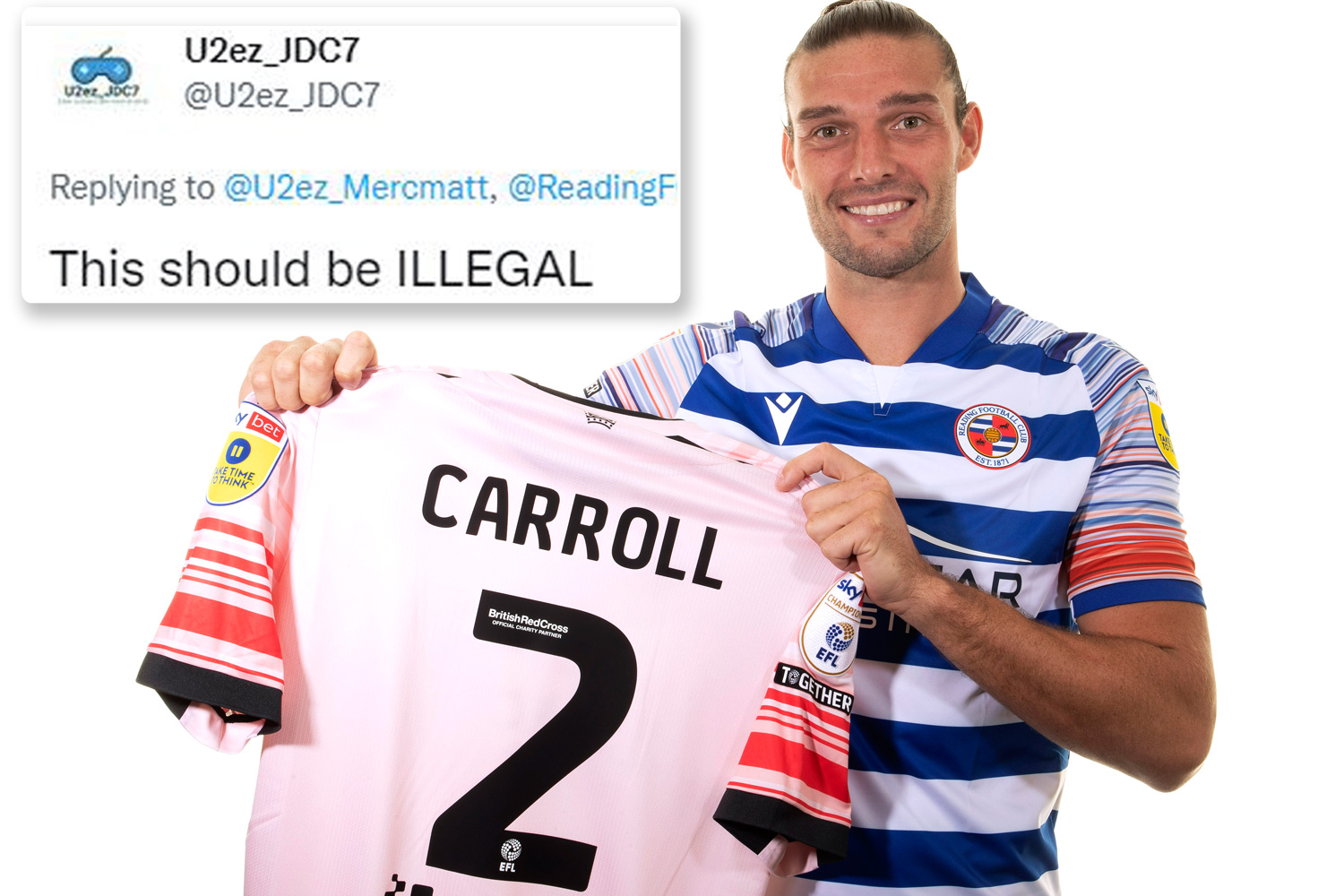 Midfielder Alexander Hleb was already donning Gallas' favoured no.13 shirt, so the defender swooped for no.10.

It was the first time any Arsenal player had picked up the shirt since Dennis Bergkamp, and it's fair to say Gallas did not share too many attributes with the Dutchman.

Khalid Boulahrouz – no.9 at Chelsea

Khalid Boulahrouz only made 23 appearances for Chelsea after signing in 2006 – which made his choice of number even stranger.

The defender took on the no.9 shirt after signing, a number often reserved for the squad's star striker.

Boulahrouz wasn't even Chelsea's star defender, and was often behind John Terry and Ricardo Carvalho in the pecking order at Stamford Bridge.

The rational behind him taking no.9 was the simple reason that it was one of the few unallocated numbers when he signed.

But the Dutchman has since joked that the kit man had "set him up" by not telling him the more traditional no.2 shirt was available.

Steve Sidwell – no.9 at Chelsea 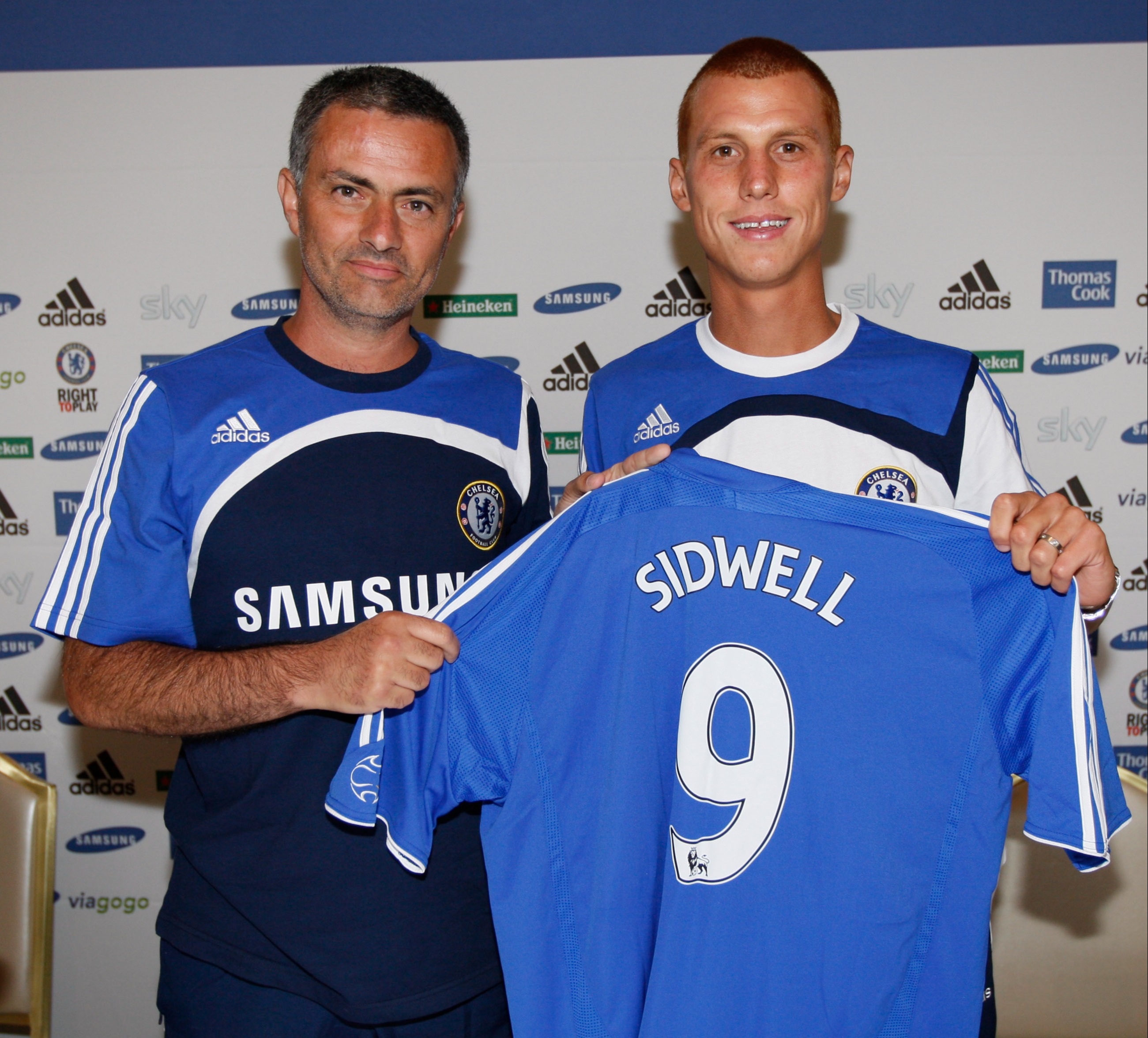 There seems to be a thing about Chelsea and no.9 as Steve Sidwell followed Boulahrouz by taking the number.

Signing for the club from Reading in 2007 under Jose Mourinho, Sidwell insisted at the time that he was not coming to make up the numbers.

But he was still shocked when Mourinho directly offered him the prized no.9 shirt – and thought the Portuguese coach may have been playing a prank on him.

He told the Athletic: "Mourinho was sitting there at the front and he says, ‘Steve, you’re going to wear No 9 this year.’

"Every player who joins a new club looks at the numbers available and I’d seen the numbers 9, 14 and others that went upwards from there. I just assumed I may get the No 14 at a push.

"I didn’t know whether he was just testing me. If I said, ‘No thanks’ it would look like I had a weakness in my mentality. If I say ‘Yes’, it may have been that he was only joking. But I thought at least I’d then show him I had the balls to wear it. So I said ‘Yes’ and it turned out he was being serious.

"When I told people, my mates and family, everyone was just laughing. Obviously the number has a lot of history relating to top centre-forwards and that wasn’t me. I went on to score one goal for Chelsea."

Edgar Davids – no.1 at Barnet 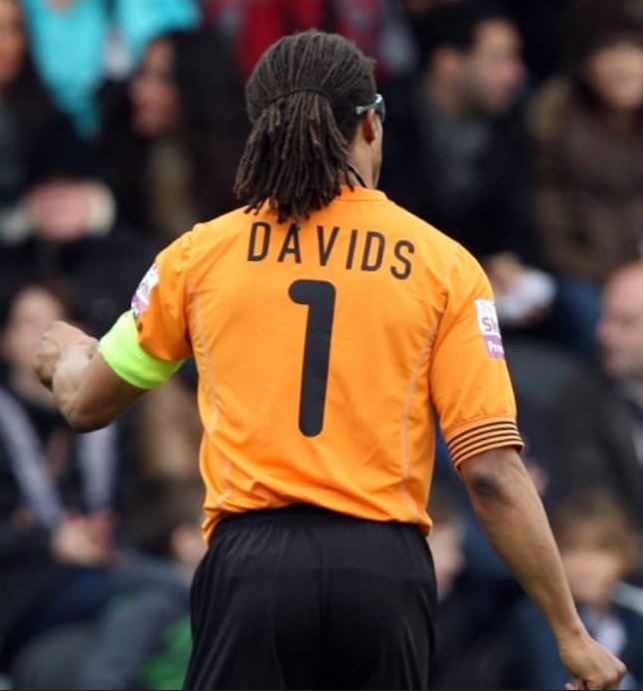 Acting as both a player and joint head coach, Davids tried but ultimately failed to save the North London club from relegation.

He stayed with Barnet the following season in the fifth tier and made further headlines when he began wearing no.1 to "start a trend".

The no.1 has almost always been reserved for goalkeepers and fans could not get their head around a midfielder wearing it.

Ultimately no trend has started since and the no.1 shirt normally remains with the people between the sticks.

Rui Patricio – no.11 at Wolves

Goalkeeper Rui Patricio left Sporting Lisbon after 12 years and arrived at Wolves in 2018.

The stopper surprised many by taking the 11 shirt – but then he revealed the heart-warming reason why.

Patricio left the shirt vacant in his honour, leaving him to play with no.11. His back-ups, John Ruddy and Will Norris, wore 21 and 31 respectively.

Glen Johnson – no.8 at Stoke

Number 8 is another digit that football fans strongly associate with with a certain type of player.

Legendary 8s like Frank Lampard and Steven Gerrard made their names with their lung-busting runs, tireless box-to-box work and long-range goals.

Despite right-back Glen Johnson being a very different player to that pair when he arrived at Stoke in 2015, he still took the no.8 shirt and bemused fans.

The reason he did this was never made clear, but with only no.14 free out of the main squad numbers, the full-back was not spoilt for choice. 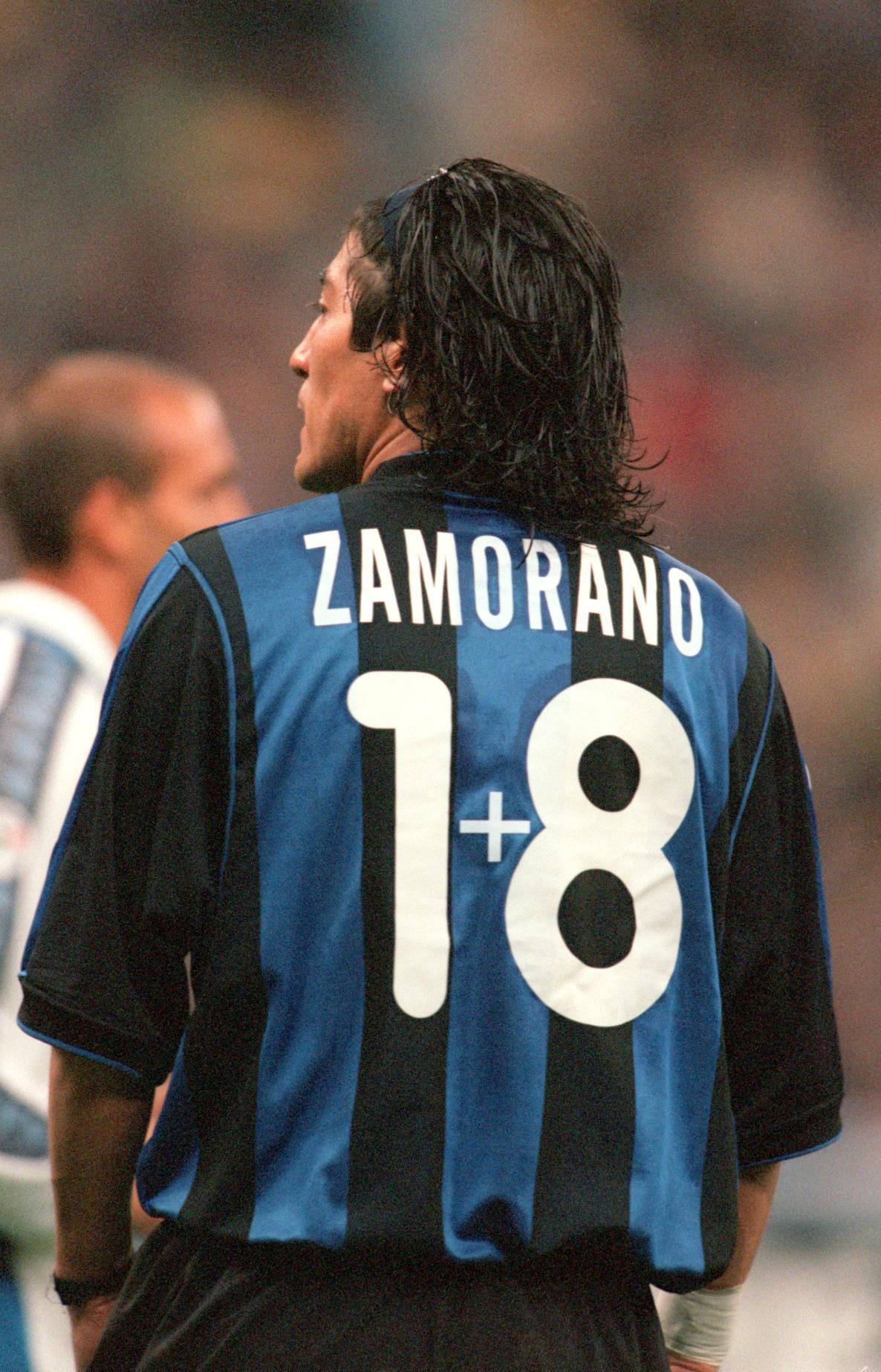 He had worn 9 at Inter Milan before Ronaldo turned up on the scene in 1997 and he had to give it up for the incredibly talented young Brazilian.

He picked an odd solution and spent the next 3 seasons at the San Siro with the numbers 1 and 8 – with a small plus sign in between them – on the back of his shirt.

Zamorano said: "At first we used tape and made a sign but after the fourth or fifth match the sports manufacturer who made Inter’s shirts started sending them with the 1+8. The most sold shirt in the history of Italian football."