Former Melbourne high-flyer Shaun Smith has backed his son Joel to fill the breach left by Jake Lever for the rest of the season.

Joel Smith, 22, has been given the first chance to secure the spot opened by Lever’s season-ending knee injury after being picked to take on Collingwood in Monday’s Queen’s Birthday blockbuster at the MCG. 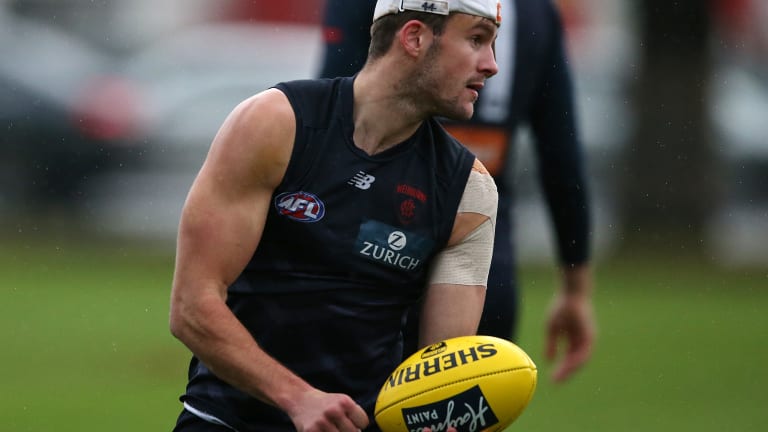 Opportunity knocks: Joel Smith has battled back from injury to earn his chance.

Smith jnr played three AFL games in an injury-interrupted first AFL season last year, and worked his way into the selection frame following a strong month with Casey in the VFL.

His father, who played 109 games for North Melbourne and Melbourne between 1987 and 1998 said Joel had earnt his opportunity.

“I’m rapt for him. I’m actually quite nervous, because it’s obviously a huge game,” Smith snr told The Age.

“He’s put a lot of hard work in, he’s obviously had a breakout year last year playing his first game, then he also had two really bad injuries [shoulder and knee].

“He’s really worked his butt off to get back.

“He’s been knocking on the door for the last month. Because Melbourne are going so well, he’s just hung tough. I think it’s been good for him to play all that footy down at Casey, just to get his confidence up.

“I think he’ll be OK. He proved last year he can handle that level. Obviously it goes up another notch. I suppose it’s the closest thing to a grand final.”

Shaun said his 191 centimetre son would provide dash from defence.

“Obviously Jake Lever, you don’t want to see anyone get injured but obviously him going out of the team [has opened up] Joel’s spot,” Shaun said.

“Jake Lever gives you a bit of run off the back line, and I suppose Joel’s a runner as well. 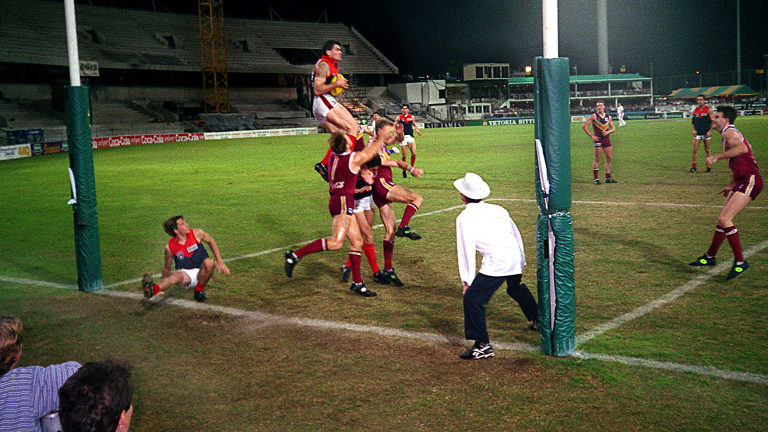 Playing days: Shaun Smith flies high above the pack to take a grab for Melbourne.

“He’s been playing some really good footy at Casey. Just playing his role well, and done some lock-down jobs as well. He’s ready to go.”

A crowd of in excess of 80,000 is expected for the game, which will be preceded by the Big Freeze event in which all 18 AFL senior coaches will slide into icy water to raise funds for Motor Neurone Disease research, a cause led by former Melbourne coach and MND sufferer Neale Daniher.