Manchester United defender Luke Shaw and Liverpool midfielder Adam Lallana have been called up to the England squad for September's matches with Spain and Switzerland.

England coach Gareth Southgate named a 23-man squad on Thursday that was largely the same as the one that reached the semi-finals of the World Cup in Russia in July. 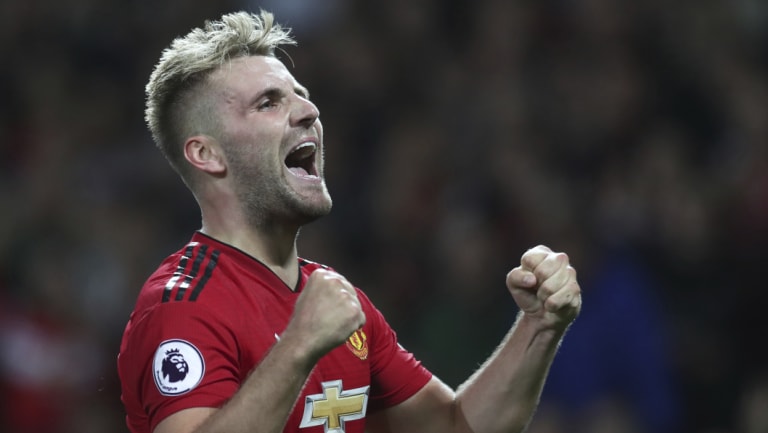 Back in the fold: Luke Shaw has been rewarded for his form with Manchester United.

Left back Shaw comes in at the expense of United teammate Ashley Young and there are also returns at the back for Liverpool's Joe Gomez and James Tarkowski of Burnley.

World Cup winner Lloris was charged with drink driving last week following a routine patrol stop in London in the early hours of Friday morning and will appear in court next month.

Deschamps included his entire World Cup-winning squad, with the exception of injured goalkeeper Steve Mandanda, who is replaced by Bordeaux stopper Benoit Costil.

Defender Adil Rami, who announced his international retirement after the World Cup, is also included.

Lallana returns having missed out on the squad for Russia after an injury-hit season, while Southampton goalkeeper Alex McCarthy – who has been called up twice before but never capped – replaces the injured Nick Pope as back-up keeper.

England host Spain at Wembley on September 8 in the UEFA Nations League and then take on Switzerland in a friendly in Leicester three days later.

Chelsea defender Gary Cahill and Leicester City striker Jamie Vardy had both announced on Wednesday that they were stepping away from the national team and Southgate said he had talked to 33-year-old Young about his preference to bring in younger players with an eye on Euro 2020.

"It would be unfair to say he was happy as he wants to play, but he understands I want to see some young players in the shorter term," said the England manager, who was pleased to see Shaw back in the United first team.

"He has had a difficult period in adapting to a new club and a horrendous injury. I am impressed with his physical condition and he had an extra edge in recent games when it has been going against his team, looking back to his powerful best. We felt he can add that extra impetus in wide areas," he said. 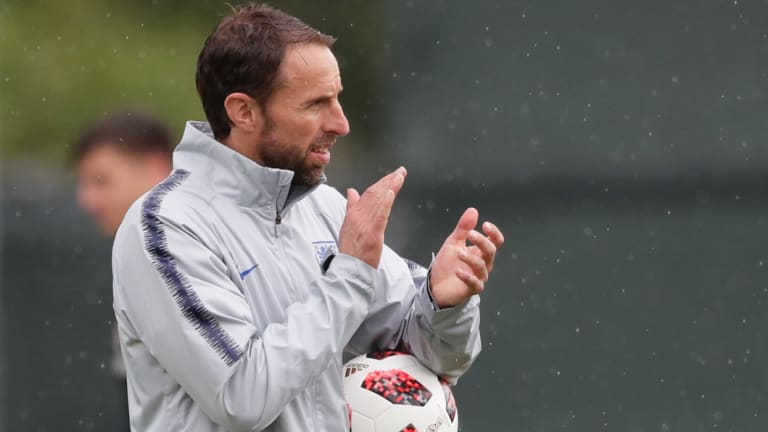 Reward: Southgate wanted to stick with most of the squad that performed well in Russia.

Southgate noted there were only 20 games until the next tournament, but that he was also keen to keep together the core of the squad that enjoyed their run to the last four in Russia.

"We're coming off the back of a successful tournament so not a lot has changed," he said.

"With us only being three games into the (domestic) season, I felt some continuity was important. Those who were with us in the summer deserve the right to go again.

"We're aware of the excitement around some other young players but we think it's a bit early for them."