An emotional Caroline Buchanan has announced her return to the international cycling world, winning the Pump Track challenge at Whistler in Canada eight months after a non-cycling life-threatening crash.

Buchanan beat United States competitor Jill Kintner in front of a packed crowd to defend her title and mark a massive moment in her comeback. 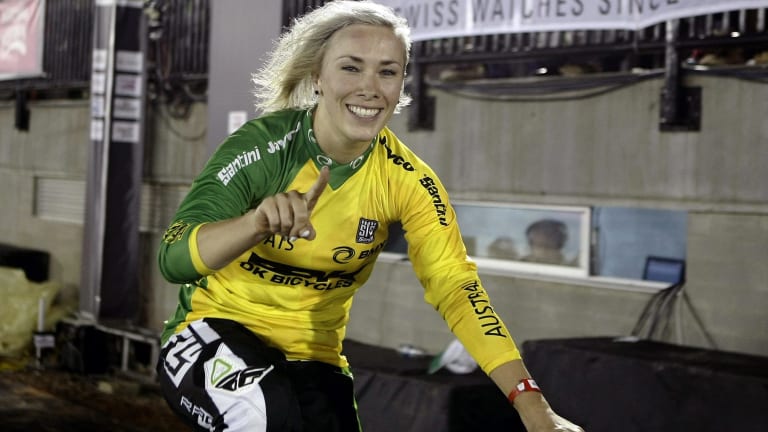 “It’s pretty surreal. I came to this event with pretty low expectations. I wanted to just get through first,” Buchanan told Crankworx.

"I told myself that any result would be a bonus and that's kind of the mindset I had. I think that helped with the flow to get back into the first win of the year.

"I think I had to channel my nerves more than anything. Once you're mid-season you generally get in the flow of competing.

"I had to get back in the groove of channelling the emotions and that's so much of racing at the top end. The battle for me more today was just trying to stay calm and now that my body remembers what to do … In one of my worst years, thanks to everyone who stuck behind me."

Buchanan has been taking slow steps in her recovery from the accident, which broke her nose and sternum, collapsed two lungs and resulted in dangerous bleeding around her heart.

She crashed in a Craft 'n' Cranks mountain bike event last month, but it didn't rattle her confidence and she held her nerve to win in Whistler.

The result will give her a major boost for more events on Saturday and as she targets more races around the world in the coming months.