Shocktober introduced as AFL shelves rules on the run

All rule changes will be made by October under a new decree introduced at the first meeting of the new AFL competition committee.

AFL football operations manager Steve Hocking said the AFL was determined to meet that commitment to clubs, players and fans to ensure planning could be made with certainty for upcoming seasons. 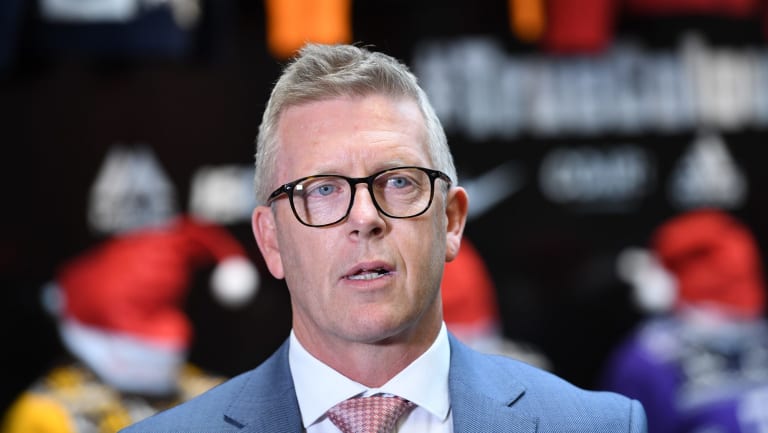 "Any changes to the game moving forward we'll look at delivering to clubs, fans [and] the broader competition by October," Hocking said.

"We're moving away from rule changes or any changes to the game being delivered in January or February of a new season."

The AFL came under fire from coaches on the eve of the season when they moved to limit the number of times runners could enter the arena during the game with just a week left before games began.

The coaches argued strongly that it was too late to be introducing such a rule change, even though it had been trialled during the JLT Community Series.

The AFL remained tightlipped about the detail of competition committee discussions but guaranteed there would be no rule changes for the rest of the season.

"This is about the game working in harmony," Hocking said.

"Some of those changes may not be rule changes. They could be a broader part of the game, around resources, to off-field changes or what the AFL calendar looks like over the year."

A presentation from former Hawthorn strategist David Rath, who now works with the AFL, detailing how the game has evolved set a platform for the discussions, which remained at a high level.

The initial meeting was designed to set the broad agenda rather than delve into detail with further meetings in July and August expected to develop positions on trading, the AFL calendar and the way the game looks to make recommendations for the AFL Commission to consider.