For the second time at a tennis major, a doubles match involving Spanish player David Marrero has been flagged for suspicious betting behavior, a possible sign of match-fixing.

A men's doubles match at Wimbledon last week — Marrero and Fernando Verdasco's loss to Joao Sousa and Leonardo Mayer — was reported to anti-corruption investigators after a bookmaker observed suspicious betting. 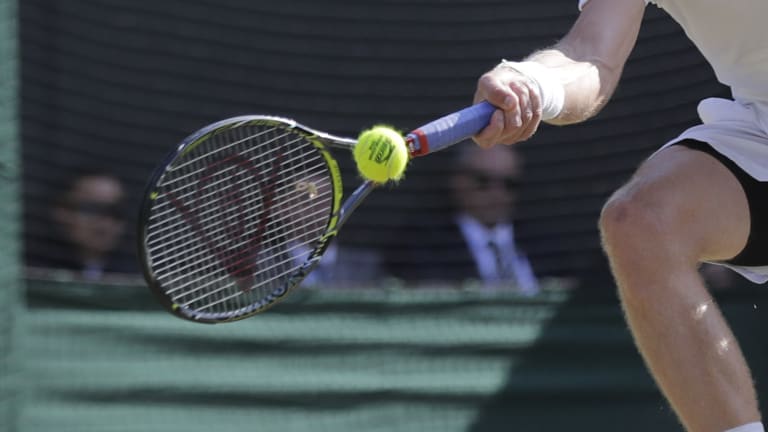 Online gaming website Pinnacle Sports observed "a series of bets from accounts with a history of wagering on suspicious matches" in the hour before the match in question began. It was first reported by the Australian Broadcast Corporation.

Sam Gomersall, sports integrity manager for Pinnacle, said the late shift in odds which these wagers created was a "clear indication" of suspicious activity.

The ABC report did not name the players in question, but Pinnacle confirmed to The New York Times that the suspicions were raised by Marrero's doubles match. Pinnacle also said that this was the lone match to be flagged for suspicious activity at either Wimbledon or last month's French Open.

Neither Marrero nor Verdasco could be reached for comment. Though monitoring of betting markets is often used to detect possible match-fixing, such data alone is not enough to lead to a conviction.

Marrero previously attracted suspicion over unusual betting patterns during the 2016 Australian Open, when such abnormally large bets were placed against Marrero and his partner Lara Arruabarrena in a first-round mixed doubles match that Pinnacle suspended betting 13 hours before it began. The pair lost the match, 6-0, 6-3.

When the draw was made for Wimbledon this year and betting was opened on the match, Sousa and Mayer started out as 17/10 underdogs, implying a 37 percent chance of winning. The odds drifted in their favour, slowly at first and then quickly. In a 45-minute stretch shortly before the match began, last-minute wagers pouring in moved Sousa and Mayer from roughly 7/9 to 4/9, or from a 56.5 percent chance of winning to 69 percent.