Joel Embiid out-duelled Anthony Davis as the 76ers extended their winning streak to four games with a 121-120 victory over New Orleans in Philadelphia on Wednesday night. 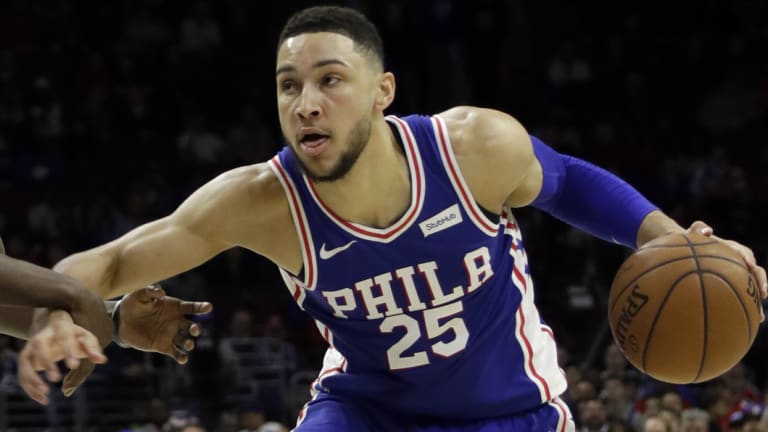 Jrue Holiday and E'Twaun More scored 30 apiece and Holiday added 10 assists for the Pelicans, who had won six of their last seven as they began a three-game East Coast road trip.

Julius Randle came off the bench to add 22 points and 10 rebounds and Nikola Mirotic had 13 points and 13 rebounds.

Davis, who scored his 10,000th career point, finished with 12 points and 16 rebounds, but missed a free throw that would have tied it with 2.5 seconds left.

The Sixers had a 116-108 lead with less than three minutes remaining before Moore and Mirotic each hit three-pointers in an 8-3 run to help get New Orleans within a point with a minute left.

Redick made a basket and Davis missed a three-pointer, but the Pelicans got the ball back with 13 seconds left after misses by Simmons and Embiid.

Davis was fouled by Embiid while shooting a three-pointer and made the first two free throws but missed the third.

The Sixers led by 10 at half-time and the lead grew to 87-73 when Shamet made three free throws.

Randle made two three-pointers, the second beating the buzzer from about 35 feet to pull New Orleans within 96-87 after the third quarter.

The Sixers threatened to put it away early in the fourth quarter as Mike Muscala made a three-pointer and Embiid converted a three-point play for a 104-88 lead with 10:50 to go.

But Holiday led a comeback, scoring seven points as New Orleans came within 106-102 midway through the quarter.

Butler made two baskets and Embiid hit a three-pointer to extend the lead to 116-108 as the Pelicans went nearly three minutes without making a field goal.

Moore's basket ended the field-goal drought with 2:41 left, but Chandler answered with a three-pointer.