Biles will be looking to cement her status as arguably the greatest female gymnast of all time by building on the four golds and one bronze medal she claimed on her Games debut in Rio in 2016.

And the 16-year-old Gadirovas, part of a four-strong British squad that also features Amelie Morgan and Alice Kinsella, intend to relish every second of their first senior global competition in such illustrious company.

Jennifer, who was forced to pull out of the European Championships in April due to injury, said: “When I see her I’ll be star-struck, like a fan-girl. It doesn’t seem real that we will be competing in the same competition.

“She is so confident and makes everything look easy. I’m sure she feels nervous on the inside, but she doesn’t show it at all. She doesn’t look human in the way she does some of those things.”

Biles became the first woman to land the astonishing Yurchenko double pike at the US Classic in May, but may be dissuaded from attempting the move in Tokyo because of its relatively low start-value, allegedly intended to put rivals off attempting such a dangerous move.

Nevertheless all eyes in Tokyo will be on the 24-year-old, who appeared to avoid a coronavirus scare on Monday when Japanese media reported that a teenage member of the US team had tested positive. Biles, however, posted social media shots of herself around the Olympic Village, suggesting she has not been ‘pinged’ as a close contact.

Jessica Gadirova, who marked her major senior bow with a European gold on floor, one of the many apparatus on which Biles excels, said of the American’s latest signature move: “We heard rumours that she would, but everyone was so shocked that she actually did it.

“I’ll be speechless when I see her. My jaw will be dropping – I’ll be like, ‘oh my God, she’s there.’ She is always pushing the boundaries that no-one else can reach, and she’s still trying to find new ways to stay on top.” 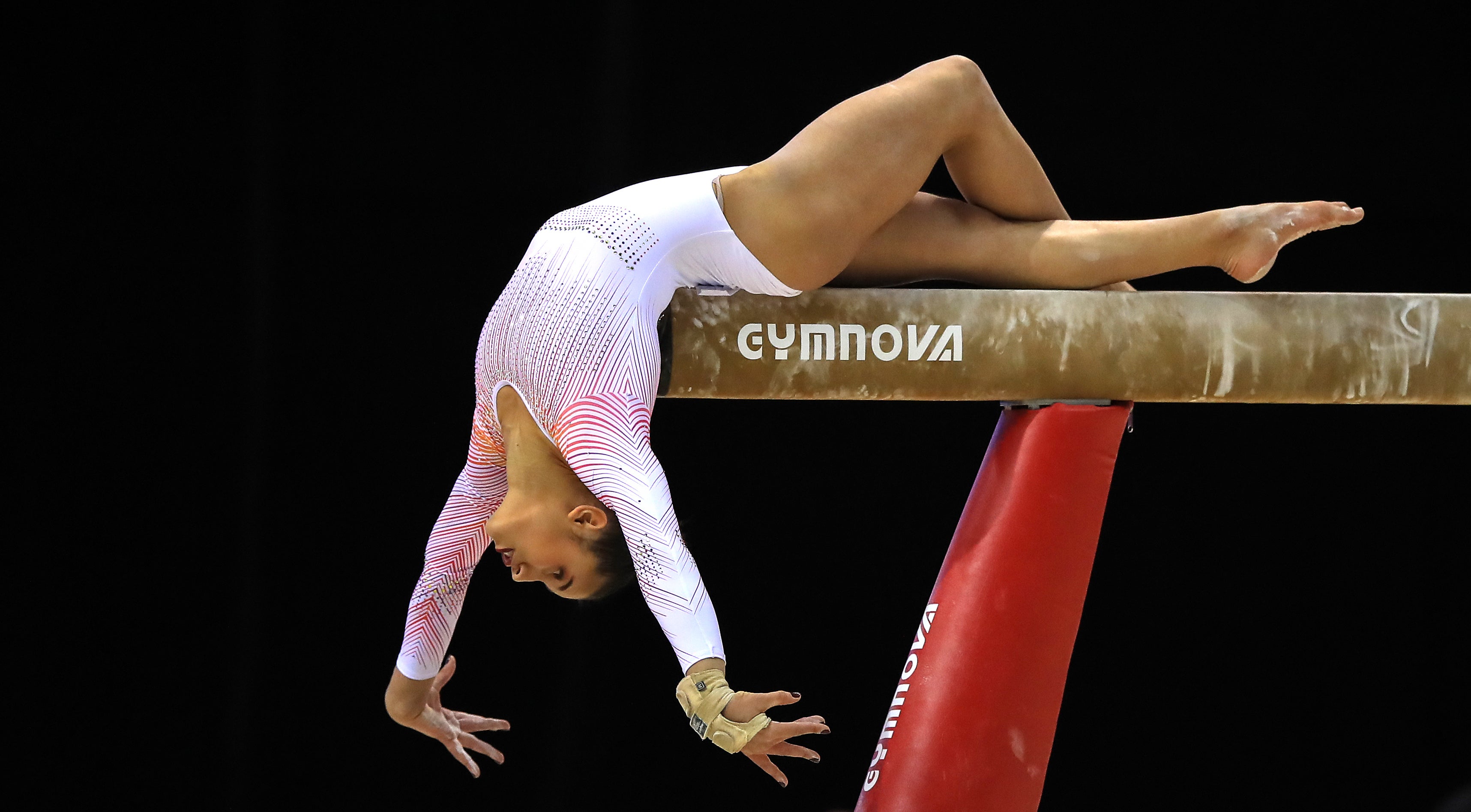 Morgan and Kinsella complete a team whose selection was shrouded in controversy due to the decision to omit former world medallist Becky Downie despite being granted an additional trial opportunity in the wake of the tragic death of her brother.

The team appears to have been picked for its future potential rather than realistic medal prospects in Tokyo, and Morgan, a star junior who won three medals at the 2018 Youth Olympics, acknowledged that Biles represents the almost unreachable level to which future generations of gymnasts must now aspire.

“I think at this point everyone knows Simone is in another league,” said Morgan. “We’re as excited to watch her as anyone else, and it is a privilege to compete alongside her.

“It is unrealistic to pitch ourselves against her but it’s great to have her to aim towards. She’s one of those gymnasts who is always pushing those limits one step further, and anything that you don’t think is possible, she will break it.”