We call them upsets. But unless you root for the team on the wrong end of one, they are the happiest things on Earth. They should be called overjoyeds.

There are two kinds of tournament underdogs. There is the team that makes an unlikely deep run — to the second weekend, the regional final, the Final Four — by artfully dodging the biggest threats, by emerging as a great squad in its own right. Then there is the team that knocks off a contender before normalcy reasserts itself. The first kind is a new planet, or an aged single-malt scotch; the second kind is a comet, or a tequila shot.

Here are some tequila shots. No predictions are made for this year’s Loyola-Chicago, the No. 11 seed that made last year’s Final Four through the blessings of Sister Jean, good shooting and the luck of facing a No. 9 seed in the regional final.

Rather, these six teams stand a better chance of winning their first games than you — and, more important-, the other people in your pool — might think. Don’t sleep on the unlikeliest likeliest of all, at the bottom. 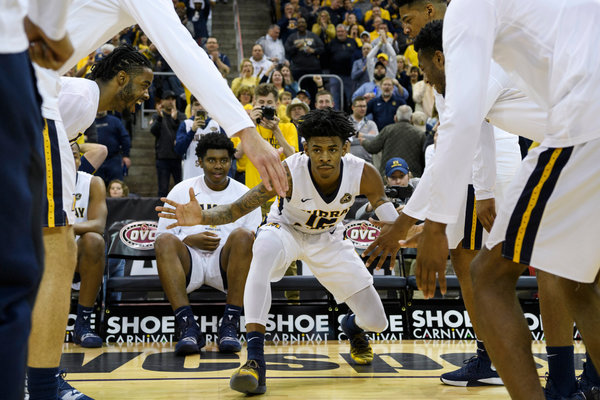 WHY IT WILL HAPPEN Basketball is a team sport, sure, but sometimes you just want to know which team has the best player on the court. And with all due respect to the Golden Eagles’ sensational Markus Howard, the answer is Murray State — thanks to high-flying guard Ja Morant, a sophomore who has played his way into N.B.A. lottery pick status. On defense, while Marquette has more talent than any team the Racers have defeated, no team in college basketball runs a smarter system than Belmont, whom Murray State just beat to win the Ohio Valley Conference tournament. And Marquette is limping: It lost its final four conference games and then bowed out in the Big East tournament semifinals.

WHY IT MIGHT NOT Marquette spent part of the season in the Associated Press’ top 10. And its accuracy from deep — it shoots nearly 40 percent from beyond the 3-point arc — is the kind of thing that can put opponents away early.

X FACTOR Marquette’s defense will throw everything it has at Morant. If he is an excellent college point guard, this will be enough to stymie him. If he is ready, now, to be next year’s exciting N.B.A. rookie, then he will find the open man, and Murray State will find a way to win.

WHY IT WILL HAPPEN It is refreshing that this year, the jokes will not be about Ivy League elitism but Ivy League corruption: This is a positive development for the democratic sensibility. Unfortunately (or fortunately), the Ivy League remains one of the better midmajor conferences; it has gone 4-6 in opening N.C.A.A. tournament games over the last 10 seasons. This year’s Bulldogs were the league’s best team, per KenPom, and boast an N.B.A. prospect in the junior Miye Oni. Meanwhile, the Tigers might have gotten the star Javonte Smart back from injury, but they lost Coach Will Wade, for the time being, after he was linked to a recruiting scandal. Not the even keel you want heading into the tournament.

WHY IT MIGHT NOT As a fast-playing team that dominates the offensive glass and doesn’t commit too many turnovers, the Tigers do not profile as an upset target. This season, they are 7-4 against N.C.A.A. tournament teams. They are very good.

X FACTOR Will L.S.U. have its head in the game? It is a young team with an 0-1 record since Wade’s suspension.

WHY IT WILL HAPPEN Bucky got jobbed. Most mock brackets predicted the Badgers would receive a No. 4 seed; they were instead given a No. 5 and invited to play the only team seeded 12th or lower from a major conference. From? Oregon won the Pacific-12 tournament. In fact, the Ducks have won their last eight games — four against N.C.A.A. tournament teams. They have five players 6-foot-9 or taller to throw at Wisconsin’s game-changing senior Ethan Happ down low.

WHY IT MIGHT NOT Wisconsin is stylistically similar to Oregon — slow, big, strong on defense — but, well, better. The Badgers under Greg Gard resemble those annoyingly great teams of his mentor, Bo Ryan, in that they limit turnovers, which is the surest way for a favorite to avoid an upset. Yes, Wisconsin should have been a fourth seed, but that is also an argument for why it should take care of Oregon with relative ease.

X FACTOR The one respect in which these Badgers do not resemble a vintage Ryan team is free-throw shooting: they rank 330th in Division I. The rot starts at the top, with Happ, a good player who would be amazing if he shot, say, 70 percent from the line instead of making 46.5 percent (!) of his free throws.

WHY IT WILL HAPPEN Because the Gators are the better team? They only just lost, barely, to Auburn in the Southeastern Conference semifinals on Saturday. Nevada plays an appealing brand of ball, as tournament viewers saw through last year’s regional semifinals, but it has faltered of late, losing three of its last eight. That these losses came only to other good Mountain West teams, San Diego State and Utah State, paradoxically feels worrying: They do not seem like flukes.

WHY IT MIGHT NOT There is exactly one team in Division I with more experience than the Wolf Pack, per the KenPom rankings. Most of Nevada’s players, in other words, have three or four tournament games under their belts. They will take the challenge of an athletic but imperfect Gators squad in stride.

X FACTOR Florida’s frisky backcourt of Andrew Nembhard and KeVaughn Allen knows how to create turnovers. The Gators will need the extra opportunities against a disciplined Nevada.

WHY IT WILL HAPPEN This is not a typical Kansas juggernaut: not without the big man Udoka Azubuike and the wing Lagerald Vick, both of whom are no longer playing: the former because of injury and the latter for what were labeled “personal reasons.” Northeastern, meanwhile, had several good early-season wins — versus St. Bonaventure, versus Alabama, at Harvard — and then made an impressive run through the Colonial Athletic Association. The Huskies know how to pick their shots, with the fifth-highest effective field-goal percentage in Division I.

WHY IT MIGHT NOT Kansas has not lost in the first round since 2006, Coach Bill Self’s third season. And Northeastern has not faced anyone like Dedric Lawson, the Jayhawks’ 6-9 double-double machine.

X FACTOR Can Coach Bill Coen devise a game plan that neutralizes Lawson? Or, better yet, one that puts Lawson in early foul trouble?

WHY IT WILL HAPPEN A No. 16 winning? Boring. It has been longer since a No. 15 won. So check out Montana, a classic underdog: hot shooting, slow tempo, takes care of the ball, limits opposing offensive rebounds and stars a ball-dominant guard, Sayeed Pridgett, whom several major programs were interested in. Now look at Michigan: even slower; bad at offensive rebounding. Losses to Iowa and Penn State are barely in the Wolverines' rearview mirror.

WHY IT MIGHT NOT Coach John Beilein is as good as it gets. Which is to say, the Wolverines may lose, but it will not be because they were not ready. It will be because they are not quite as good as their No. 2 seed suggests, and sometimes a matchup is exactly wrong.

X FACTOR The Michigan senior Charles Matthews is back from injury, but is he back from injury? His 6-for-21 shooting in an average of 23 minutes a game in the Big Ten tournament suggests the jury is out. 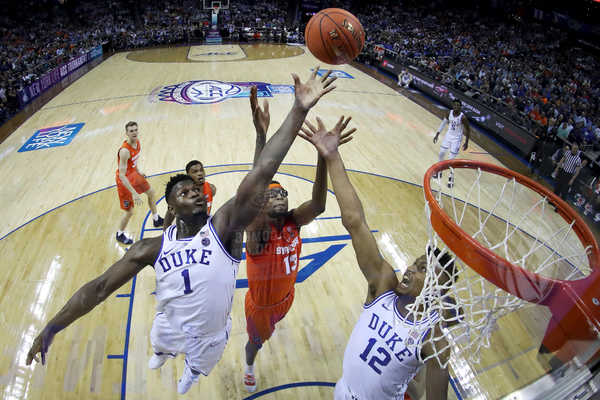 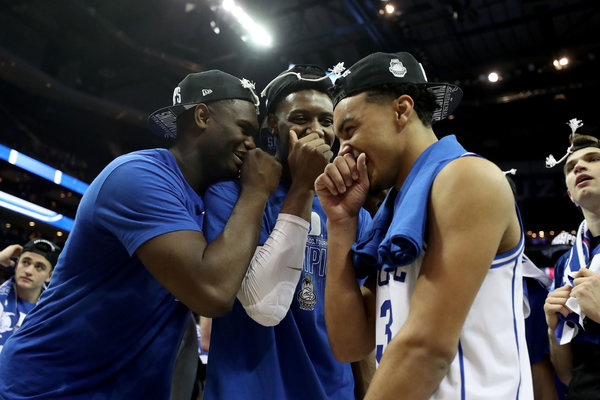 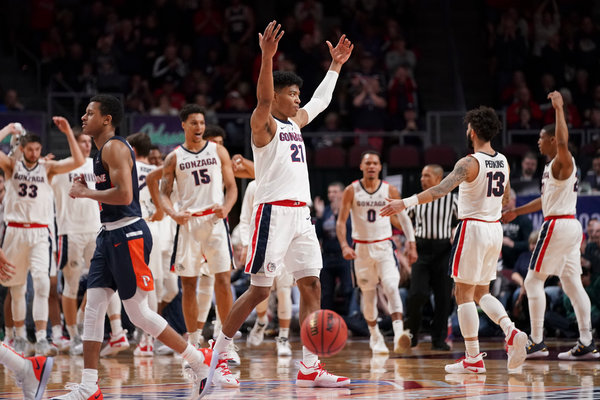 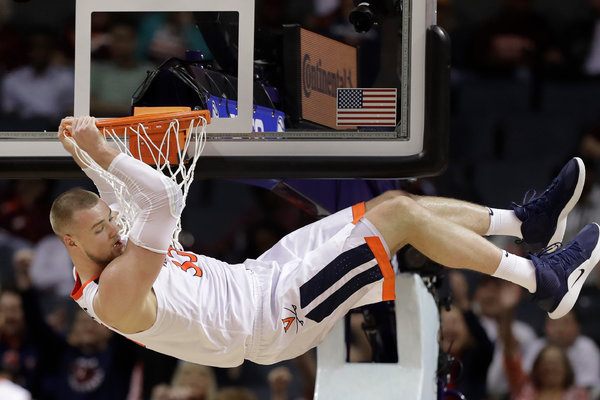 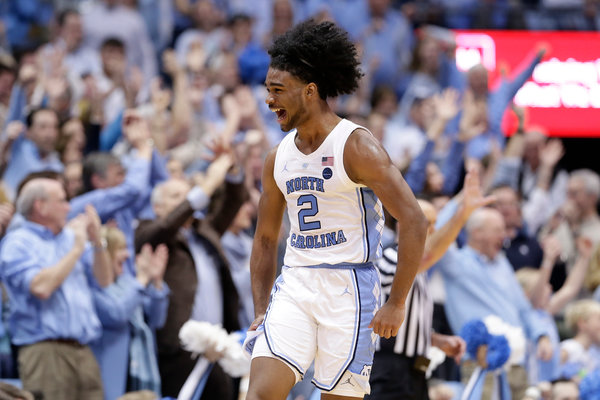 Marc Tracy has covered college sports for The Times since 2014. Previously he worked at Tablet Magazine and The New Republic. @marcatracy