Billy Slater will captain Queensland in his State of Origin swansong as Greg Inglis' thumb injury piled on more misery for the Maroons, hoping to avoid a NSW whitewash at Suncorp Stadium.

Inglis was an 11th hour withdrawal from the Queensland squad with a broken thumb – even delaying Queensland's trumpeted Sunday night announcement of their game three squad – with Slater to take the captaincy reins in his 31st and final Origin clash. 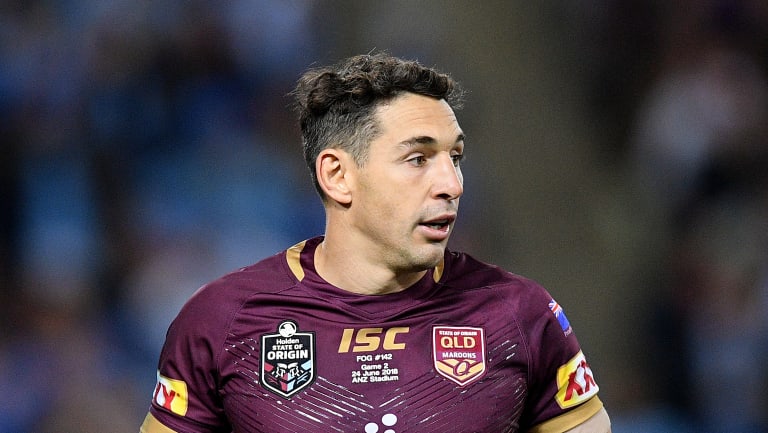 Billy Slater will captain Queensland in his State of Origin swansong.

It was another turbulent 24 hours for the Maroons as Inglis' withdrawal added to injuries suffered by Newcastle whiz kid Kalyn Ponga and Roosters enforcer Dylan Napa, who are both set to miss the series finale.

But it's undoubtedly the blow of Inglis which will linger longest as Queensland seek to restore pride and avoid their first 3-0 series defeat since 2000.

Inglis left the post match press conference duties to Sam Burgess after the Rabbitohs' narrow 21-20 win over the Cowboys in Cairns on Sunday and less than an hour later he was ruled out of game three. 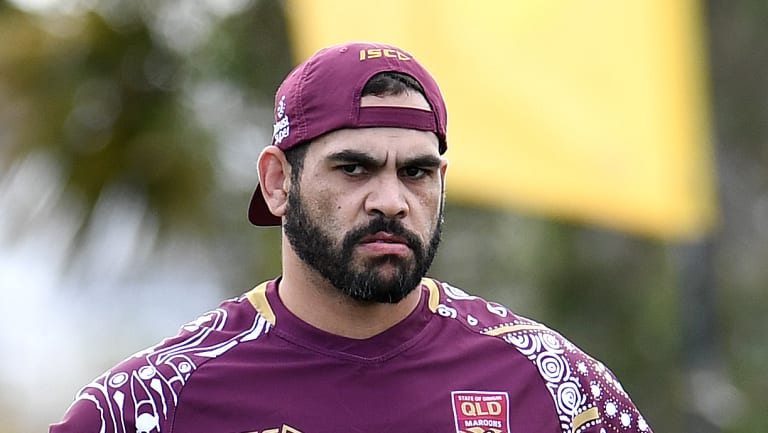 The Maroons skipper was at his mercurial best in Queensland's game one loss at the MCG and has revelled in the captaincy since taking over from Cameron Smith, who quit representative football on the eve of the series.

But it will provide a nice moment for Slater, who will lead his state out on Wednesday week as coach Kevin Walters tries to build for the future having surrendered the series before even having had a chance to play in Brisbane.

Ponga, who sparkled in his Origin debut during a cameo of more than 50 minutes in the middle after coming off the bench, was tipped to retain his spot on the interchange – or even be elevated to the starting side – but will have to wait for his second Origin appearance.

He has been ruled out for three to four weeks with a grade one hamstring strain, suffered in the Knights' demoralising loss to the Bulldogs on Saturday night.

Daly Cherry-Evans' Origin exile was nearing an end with Queensland selectors tipped to parachute the polarising Manly halfback into the Maroons squad.

Cherry-Evans hasn't featured for Queensland for three years and Ben Hunt, who was lambasted for his decision-making late in game two, is still a chance to earn a reprieve given Ponga's injury.

Cherry-Evans furthered his cause with a dominant display in the Sea Eagles’ win over the Panthers on Saturday, forcing his way back into the Queensland fold after years of speculation he was on the outer with senior members of the Maroons squad.

But with Smith, Johnathan Thurston and Cooper Cronk all settled in representative retirement, it has paved the way for Cherry-Evans to again make his mark in rugby league’s fiercest arena.

Titans halfback Ash Taylor turned in a five-star display to lead the Gold Coast to an impressive win over the Tigers on Sunday, but it wasn’t enough to snatch his first Origin cap.

Hunt was still a chance to be retained to spend time at No.9 to relieve Andrew McCullough in a similar role to the one he was deployed in during game three last year.

“I think he's been great and to be honest with you I don't think he pays too much attention to what's made out in the press,” said Hunt’s Dragons teammate James Graham of criticism levelled at the Queensland half.

“Any time I've had some positive or negative you try not to pay too much attention to it. Benny is a class player.

“He's had ups and downs in his career – as all players do – and maybe the press might sensationalise incidents that happened in a game when there's so much on the line with Origin.”