‘Why are you showing that again?’: Slaven Bilic unhappy as ITV show him reacting to Croatia’s World Cup shoot-out victory over Denmark

Former Croatia player and manager Slaven Bilic went through the full range of emotions as he watched his country at the World Cup on Sunday night – but wasn’t impressed when they were played back on TV.

Bilic was a pundit on ITV, alongside Martin O’Neill and Lee Dixon with presenter Mark Pougatch, for their coverage of Croatia v Denmark in the round of 16.

After the game, which Croatia won 3-2 on penalties following a 1-1 draw, a montage was shown of Bilic reacting to the action. 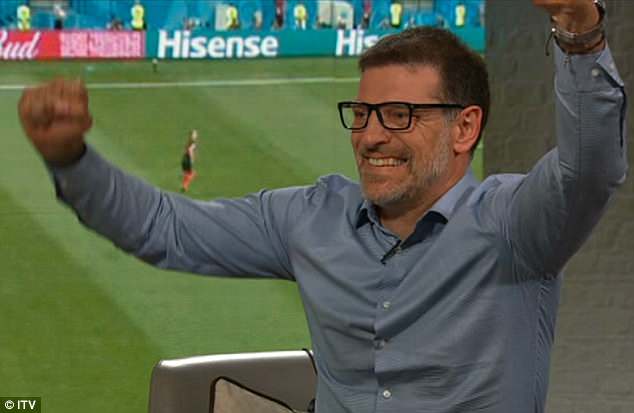 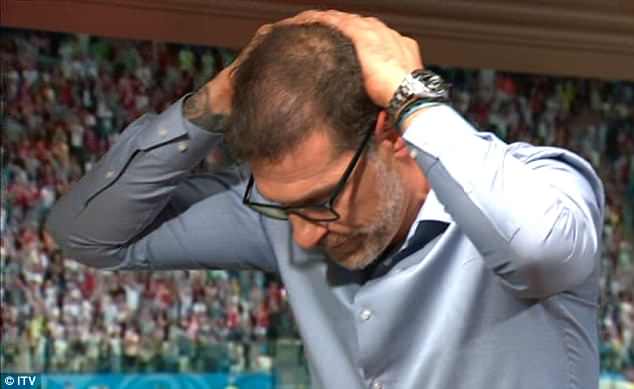 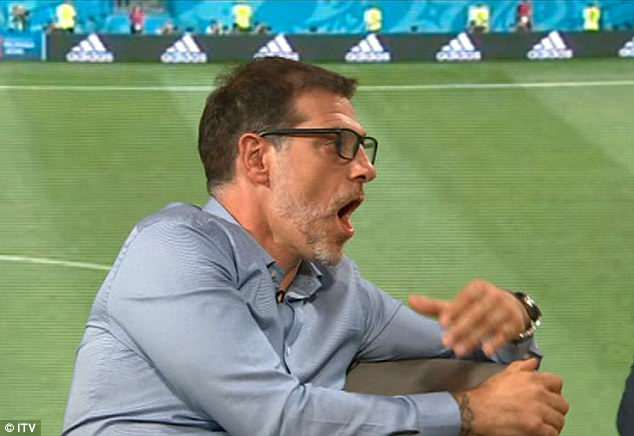 Bilic however seemed unhappy at being filmed without his knowledge, and having emotional celebrations – which he would have thought were private – broadcast on national television.

As the montage was shown, Bilic can be heard asking ‘Why are you showing that again?’, to which his fellow pundits laugh. 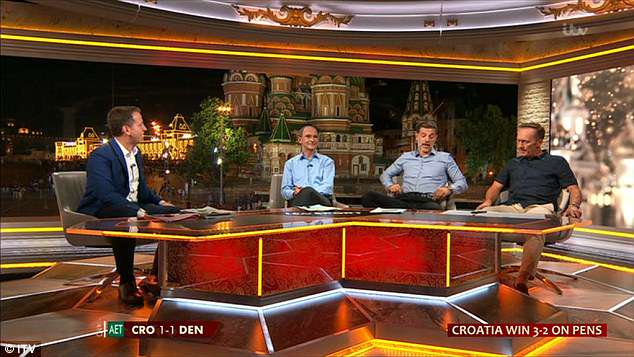 Bilic does not seem to be joking however, asking ‘No, seriously, why’, leading to an awkward pause before Pougatch interjects: ‘Because people love human reaction’.

With Bilic unimpressed by the reason given, Dixon then says: ‘It’s passion’, which gets only an icy look from Bilic, who says nothing more.

Pougatch can only offer the further lame suggestion of ‘because it’s so long since England won a shoot-out’, before carrying on with the broadcast, while Bilic seethes as Dixon and O’Neill look awkwardly away.

Bilic stayed to the end of the broadcast, and is likely to return to the studio for Croatia’s quarter final against Russia, which will also be broadcast on ITV. 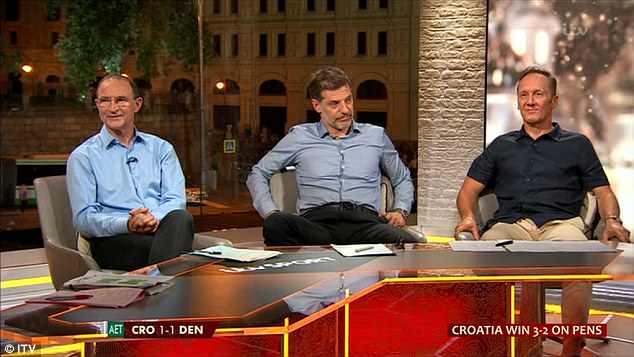