If there had've been a "Josh Hodgson rule" in place last year, Siliva Havili's NRL career could've been over and Kurt Baptiste might now be the Canberra Raiders' starting hooker.

Instead, Hodgson tearing his anterior cruciate ligament was a sliding doors moment that has seen the Tongan dummy half in discussions to extend his time in Canberra for another two or three years, while Baptiste is coming off the bench for the Sydney Roosters after a cameo with English club Leigh Centurions.

Fairfax Media revealed before the season the NRL would introduce salary cap relief for players injured while playing representative football, with the NRL stating on Tuesday up to $350,000 in relief would be afforded to clubs for players who miss at least 12 weeks due to an injury. 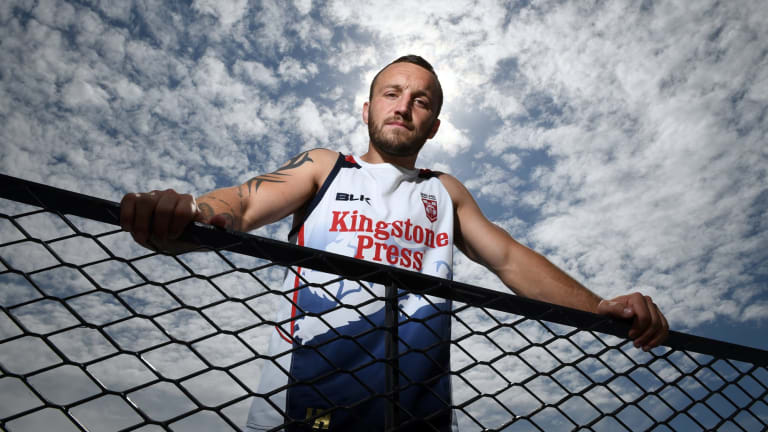 While the Raiders won’t benefit from it, CEO Don Furner still backed the “Josh Hodgson rule”.

If the Australian Rugby League Commission approves the decision at a meeting on June 7, then the rule will retrospectively come into effect for this year's State of Origin series – set to kick off at the MCG the day before the meeting.

While it comes too late for the Canberra Raiders, who could get Hodgson back as early as their round 16 game against the Brisbane Broncos at Suncorp Stadium on June 30, chief executive Don Furner backed the rule.

He said there weren't many long-term injuries to come out of representative games last year, with Hodgson and North Queensland legend Johnathan Thurston (shoulder) the notable ones that would've been eligible for the new rule.

"After the Hodgson stuff they've changed that rule … it's a good rule because you are disadvantaged," Furner said on Wednesday.

"There weren't many, I think there was Thurston last year and Hodgson, but not many out for 12 weeks so now you get salary cap relief.

"No unfortunately, it's not retrospective, so we're a bit unlucky there, but I think Hodgo's injury highlighted how hard it is for clubs.

"I understand it can't be retrospective, but hopefully the Hodgo incident highlighted how hard it is. I know the Cowboys had it is as well so it's a good change."

But if this rule had've been in place when Hodgson hurt his knee playing for England in last year's World Cup, then it might've been a different Raiders team running out against Manly at Canberra Stadium on Friday night.

The Green Machine would've had salary cap relief to keep Baptiste and he would've worn the No.9 jersey over the opening 11 rounds.

In turn, the Raiders wouldn't have signed Havili and the Tongan international could now be a podiatrist instead of a footballer.

Havili's off-contract, but currently in negotiations to extend his deal with the Raiders for two or three more years.

While the Raiders were interested in Leeson Ah Mau, the St George Illawarra prop looks set to either stay with the Dragons or move to the New Zealand Warriors.

Canberra will keep a close eye on who might become available later in the year, with clubs like Canterbury and Manly potentially needing to offload players due to the salary cap.

Furner said it was "very true" that Baptiste might still be in lime green if the Hodgson rule came in earlier.

"The salary cap has so many different connotations and manipulations so it changes all the time," he said.

"People don't believe me, they think it's just a spreadsheet that you do at the start of the year and it all plots in, but it changes week-to-week because every game someone plays there's a bonus or a match fee. It changes so much."