Former Test keeper Nevill was appointed Blues skipper on Tuesday, filling one of many voids left by Smith. 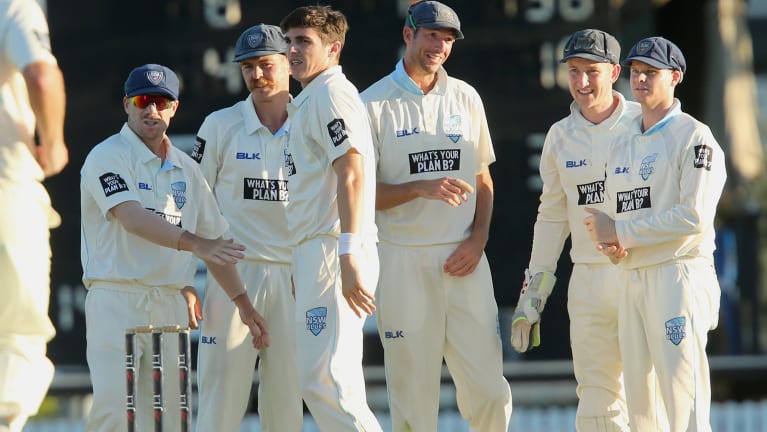 Steve Smith (right) and David Warner (left) will be encouraged to help out the NSW side.

Smith and Warner are serving 12-month bans that preclude them from playing international cricket, but also representing NSW or taking part in the Big Bash League.

Those suspensions, resulting from the Cape Town cheating scandal, expire on March 28. That is the same date the Shield final starts, giving Smith and Warner hope of an unexpected hit with the Blues.

"I certainly would not be against them playing any games for us. I'd love to have them around, any time," Nevill told reporters on Tuesday.

"Hopefully we can see them, at some point this season, playing for us. If that's the Shield final, we'll have to make sure we make that."

Many members of the NSW squad were understood to be incredulous when Cricket Australia (CA) slapped long suspensions on Smith and Warner, unhappy because they felt the punishment was too harsh and did not match their crimes.

The players' union and past players, including Shane Warne, voiced their concern publicly. The latter accused CA of bowing to public "hysteria".

There is no prospect of the governing body softening those sanctions, but Smith and Warner will be playing grade cricket later this year after returning via Canada's new Twenty20 league.

Two of the world's best batsmen, who have a combined 138 Tests of experience, are also likely to train alongside NSW teammates this season.

"It doesn't have to be on a formal basis," Nevill said.

"Some of the best learning experiences for people are quite informal things.

"Having that kind of knowledge around the place is only going to help upskill some of these young guys, but also our more experienced guys."