The All Blacks' tour of Europe is over for Sonny Bill Williams and four other teammates who will miss the season-ending Test against Italy in Rome.

Forwards Sam Whitelock, Liam Squire and Matt Todd all took part in the 16-9 loss to Ireland in Dublin but have been pronounced unavailable to face the Azzurri. 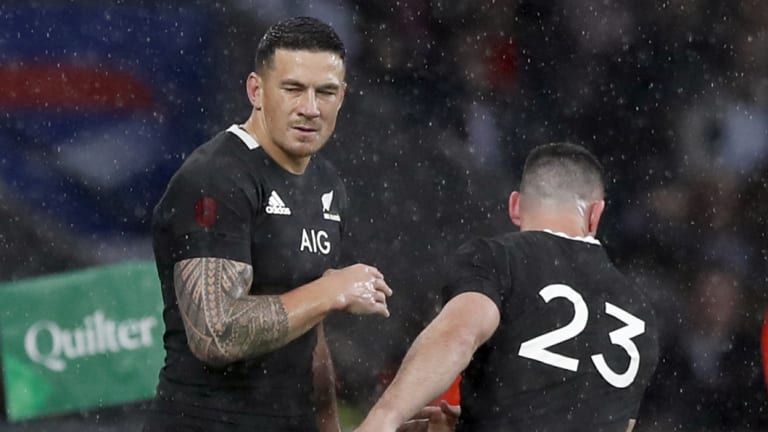 Inside centre Williams injured his shoulder during the 16-15 win over England the previous week and will return home, along with prop Joe Moody, who suffered an eyelid injury in the lead-up to the Twickenham Test.

It ends an injury-plagued year for 33-year-old Williams, who was initially considered a chance to face Italy.

The former NRL star struggled for minutes during the Blues' Super Rugby campaign and has played in just five Tests in 2018.

Veteran lock Whitelock has been told to start his elongated summer break a week early, having endured two heavy years and struggled for form in recent weeks.

Crusaders captain Whitelock will return to Super Rugby a month into next year's competition.

"I know someone like Sam Whitelock, he is going to have a really good break and we will see a different player because of that," coach Steve Hansen told reporters.

Todd will return to his Japanese club contract with Panasonic Wild Knights, having been released as openside flanker cover in the absence of injured No.7 Sam Cane.