The 18-year-old German became a Youtube sensation for all the wrong reasons last month when her Formula Three car flew off the track and smashed into a photographers' bunker. 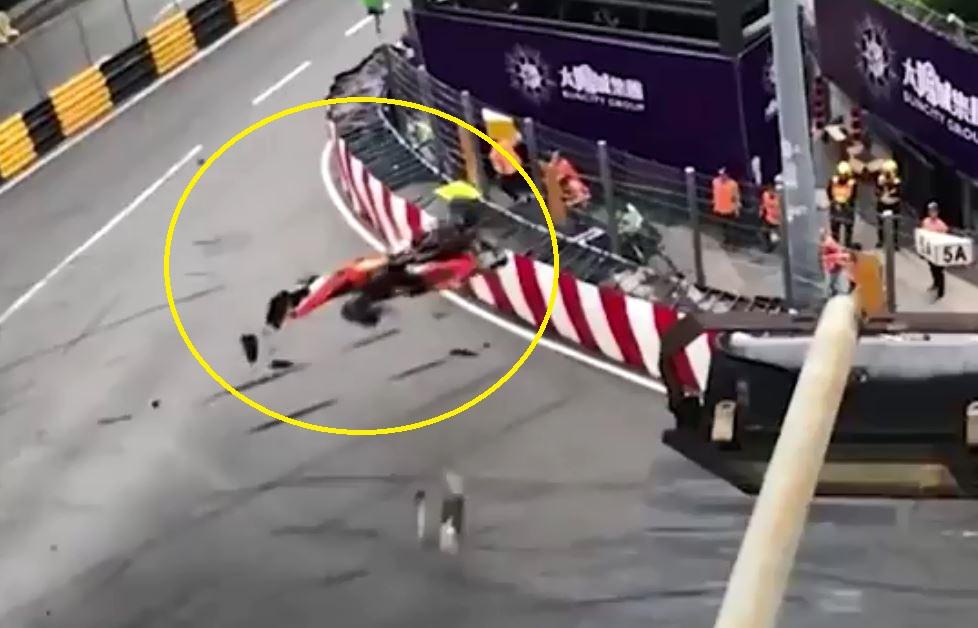 It was a near-miracle that she survived the horrific ordeal at the Macau Grand Prix let alone make plans to continue driving.

Floersch ended up having an 11-hour operation after suffering a broken spine but was lucky to escape damaging her spinal cord.

One minor mishap in surgery would have seen her paralysed and her anxious father was forced to wait in the hospital without knowing whether his daughter would walk again.

In a revealing interview with The Times, Floersch opens up over the pain she was in following the crash while admitting she targets a return to the track in just two months. 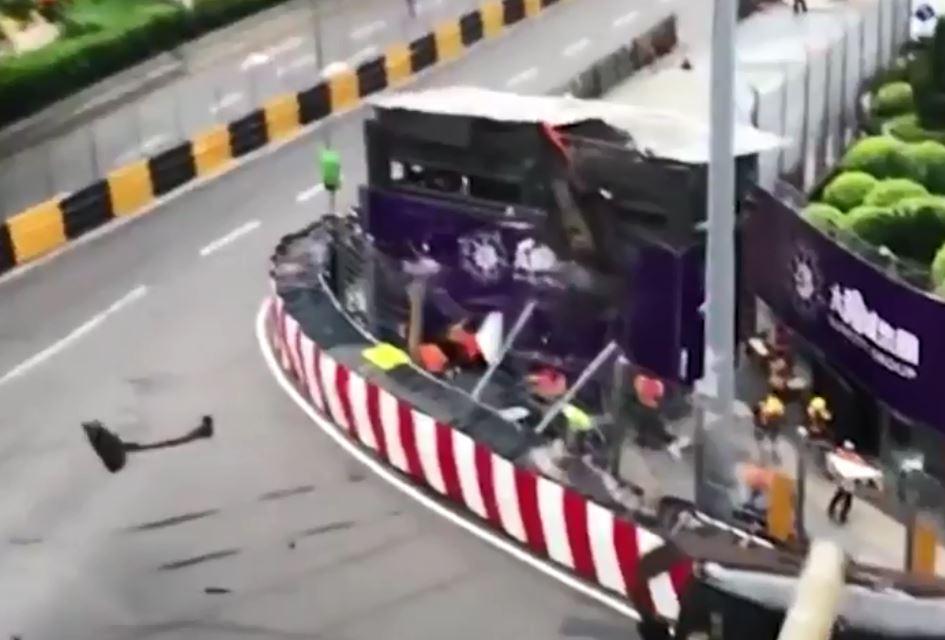 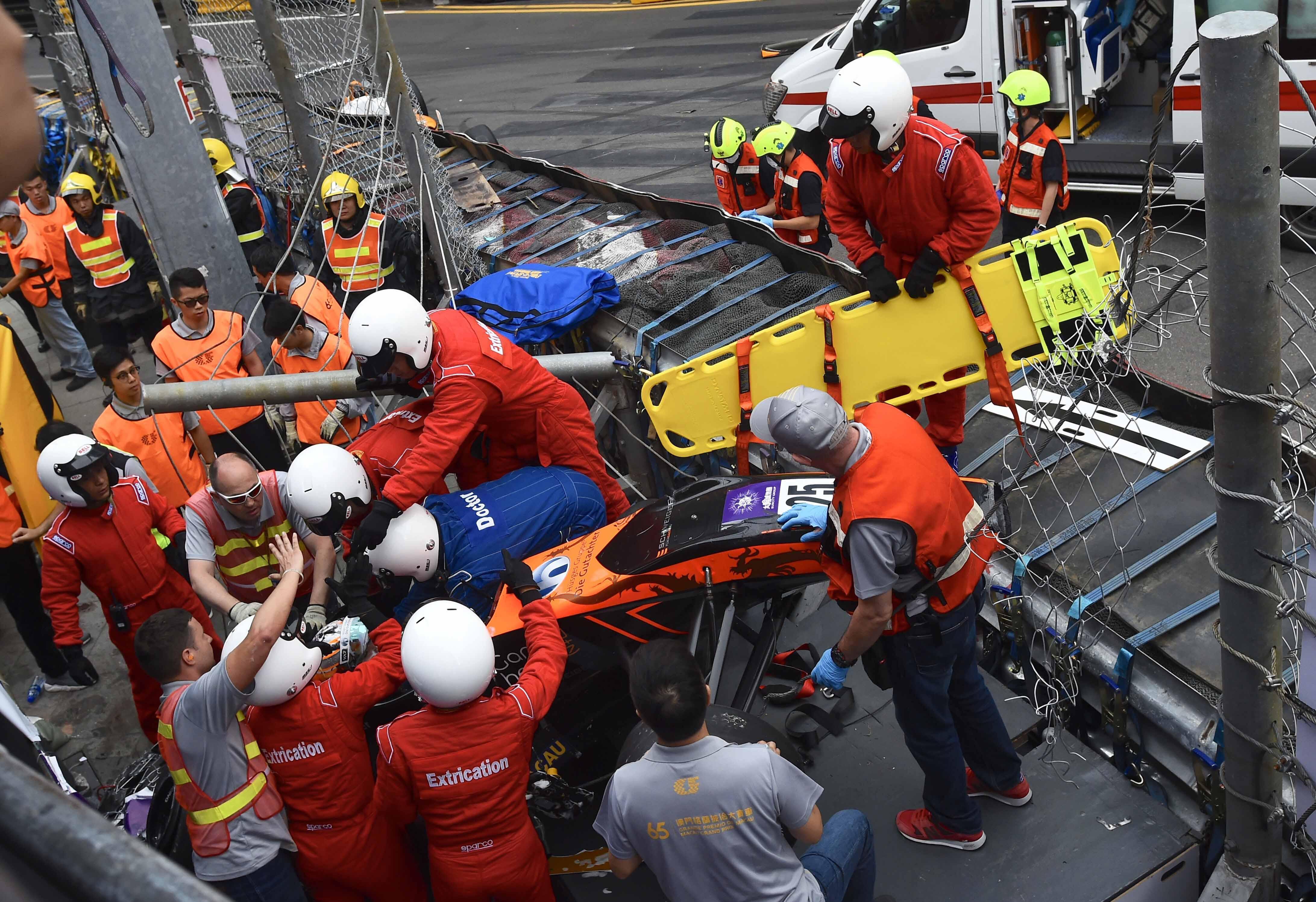 Speaking to Rick Broadbent, she said: "I remember wanting to go for the move but he [Jehan Daruvala] suddenly slowed down. I lost my two left-side wheels and from that moment you have no control.

"You do what you are told then — take your hands off the steering wheel, brace and wait for what is going to happen. The flying stuff felt very different. Strange. You don’t think, ‘Oh s***, I’m 270 [km/h] now.’ You just wait for the wall to come, but I was going backwards so did not see anything.

“In the first moment, I did not feel pain because the fire extinguisher had gone off,

"It was in my eyes and mouth and my first thought was to get that off. That’s when I thought, ‘I can move my hands.’ 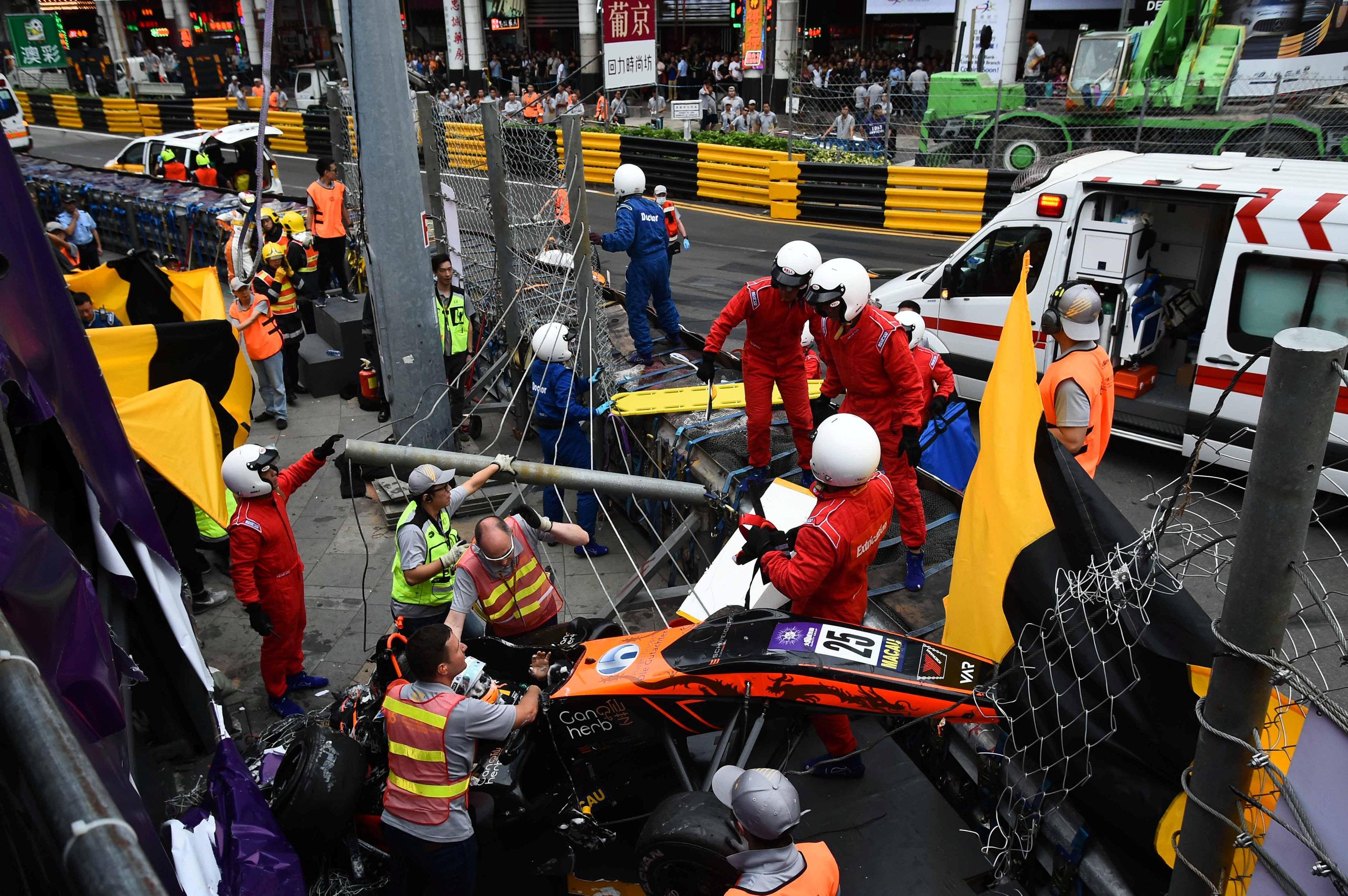 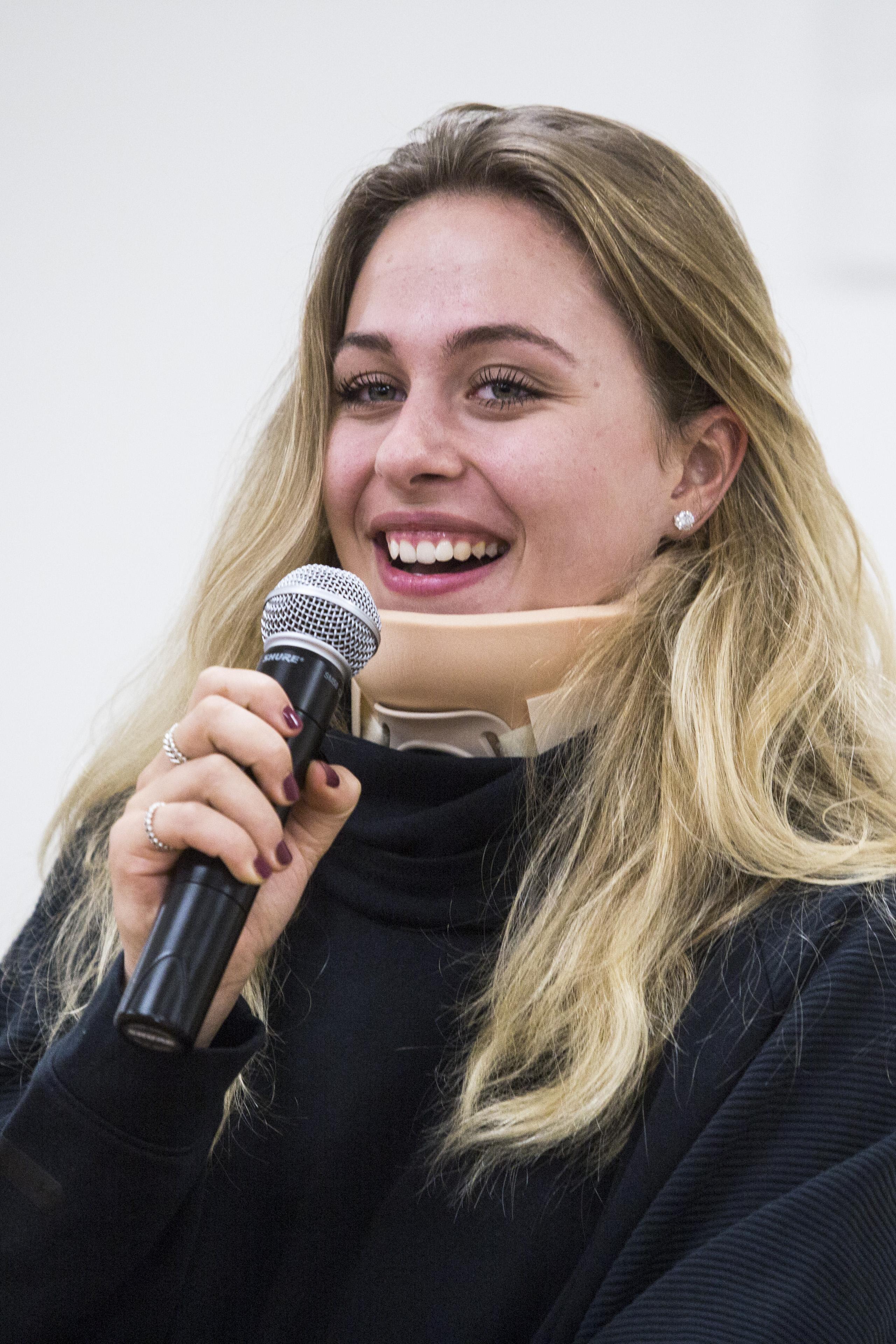 "Then the pain kicked in, mainly my upper body and back. My legs had hit the cockpit and I had some bruises. I moved them and thought, ‘OK.’"

Floersch was unaware of the extent of her injuries nor did she really know the horrors of her crash.

"My C7 [in the neck] was completely smashed,

“It was broken in the front not the back. The T3 [in the upper back] is still broken but they said my ribs protected it. They took bone from my hip to create a new one. I’ve got a titanium plate to help connect it. 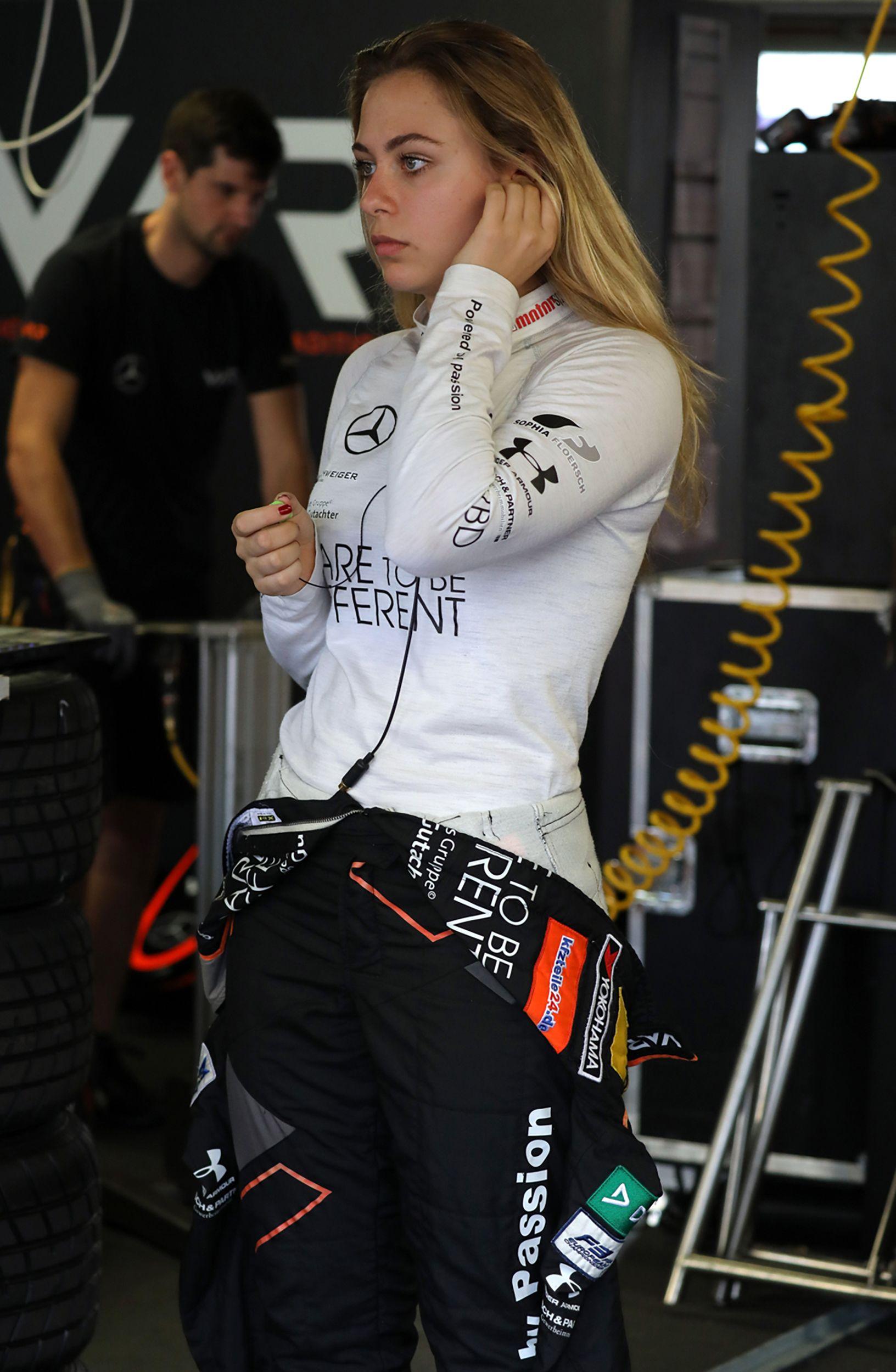 “I was shocked because the video is horrible.

“In the car it felt different. If I watch it now it does not feel like me crashing. I watch it and think, ‘This guy is not going to survive.’ ”

While her mother and sister faced an anxious wait to reveal the outcome of her accident, her dad was trying to piece together what had happened.

He added: "After a few seconds the live stream showed Sophia’s car behind the wall and I thought, ‘Why?,’

“The team tried to get her on the radio but Sophia did not answer. Then the team manager said, ‘Let’s go up to race control,’ but on the way up I saw two women coming out crying. 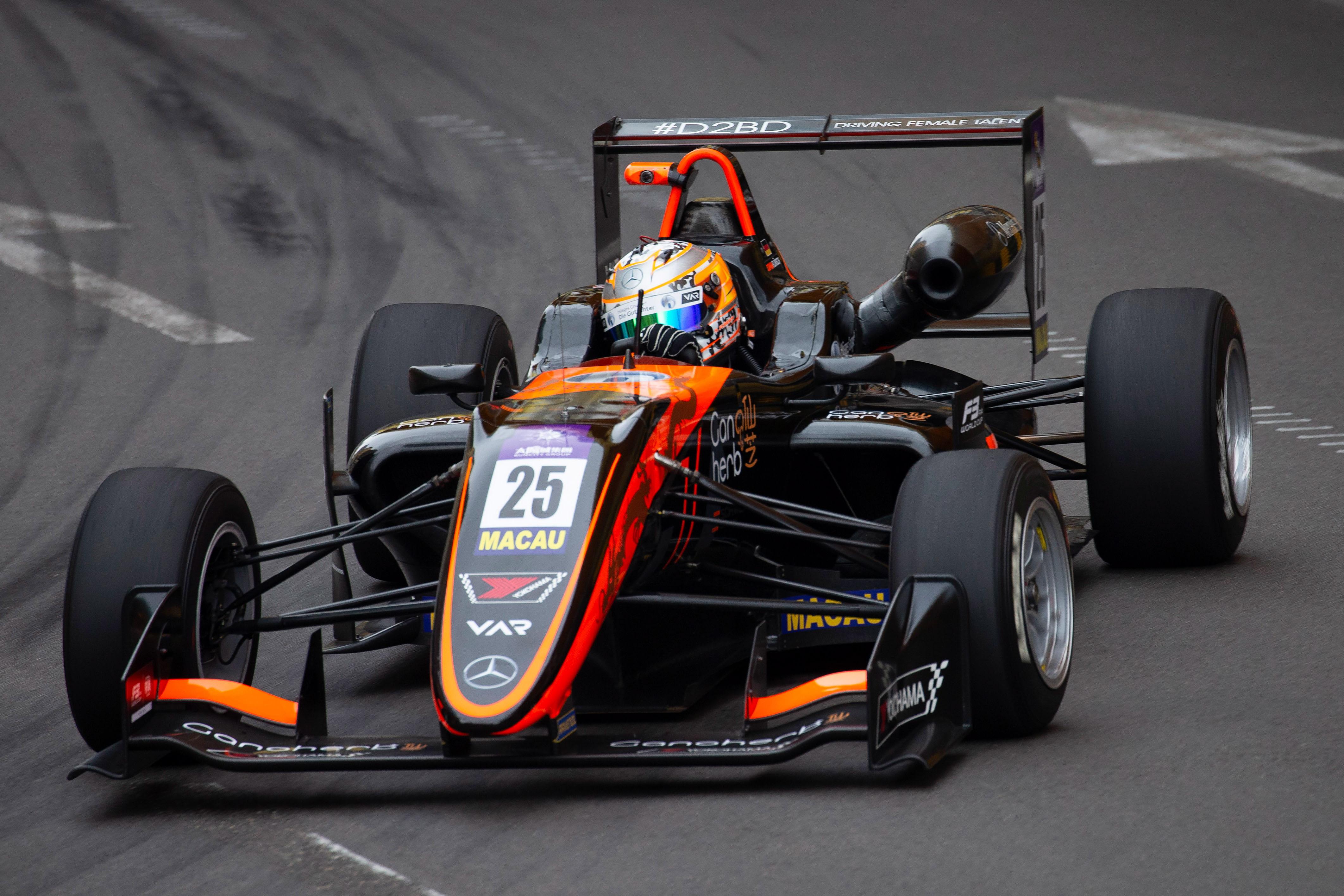 "There was some security and we could not find out what had happened so we went back to the box. Her race engineer was watching something on his mobile and crying too.

"When he saw me he threw his mobile away. That was when I got the text from my wife asking if Sophia was alive.

“Nobody was really talking. I was trying to piece it together. It seemed so unreal. Then after ten minutes a guy from the FIA came out and said ‘Everyone is alive and Sophia is in the hospital.’ ”

With a dream to race in Formula One in the future Sophia is itching to return to the sport she loves.

“I was always clear that I would be back as soon as possible," she added.