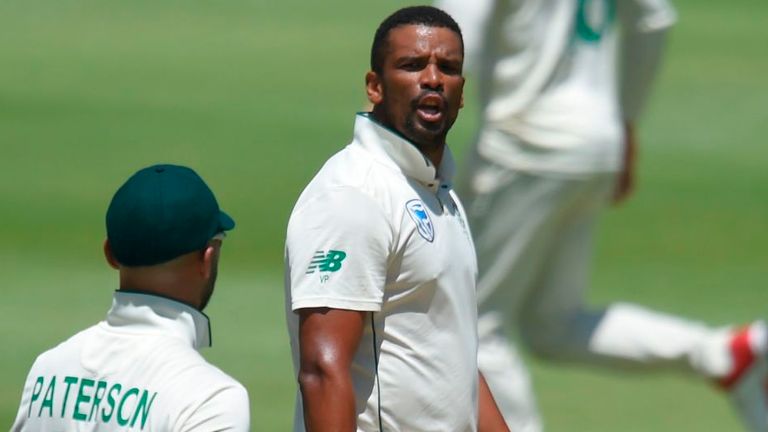 Vernon Philander has been fined 15 per cent of his match fee and handed one demerit point for his send-off to Jos Buttler on day two of the fourth Test in Johannesburg.

The South Africa seamer – playing his final Test before joining Somerset as a Kolpak player – used inappropriate language after dismissing Buttler at Wanderers on Saturday.

Buttler had earned a fine and demerit point of his own after swearing at Philander during England’s 189-run win in Cape Town in the second Test.