RAPHAEL VARANE watched on as an unused sub as United scrambled a draw at Southampton.

A bad day for United and their £34million new-boy looked on the cards when Fred’s own goal gave the hosts the lead on the half hour. 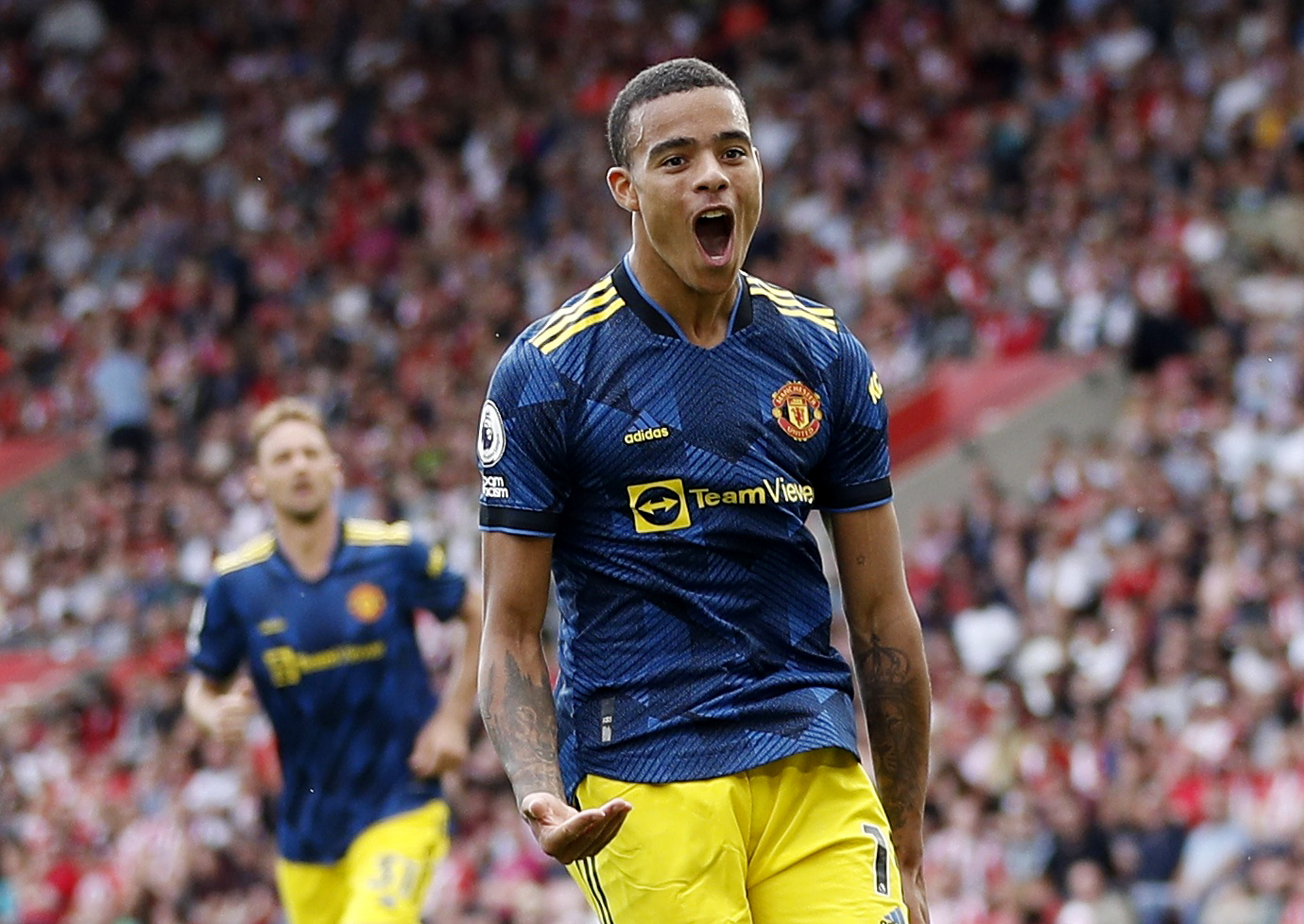 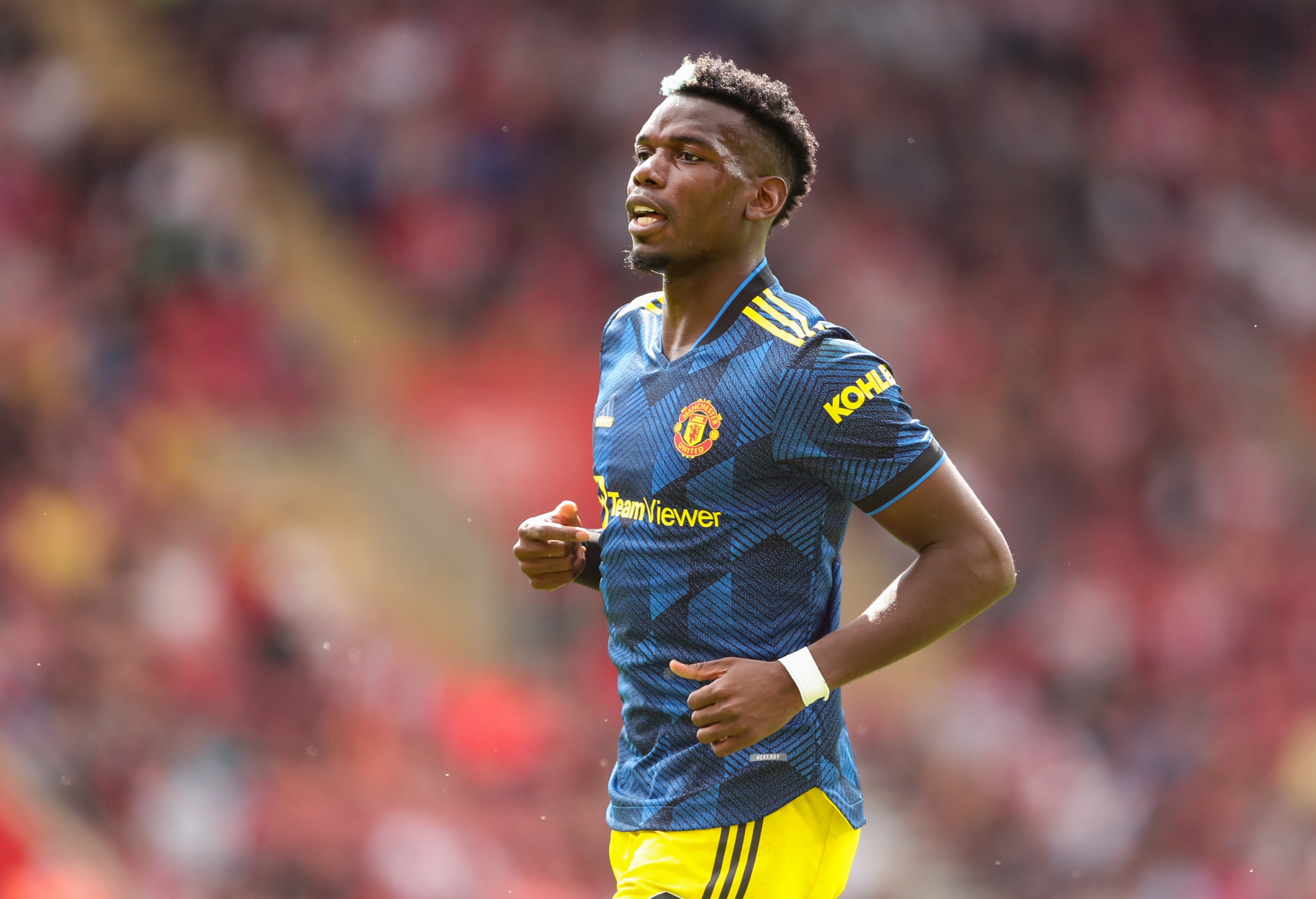 But Mason Greenwood came to the rescue shortly after the break, firing in from close range to spare Ole Gunnar Solskjaer’s blushes.

United hit the bar early on through Paul Pogba’s looped header, before Mohammed Salisu blocked Anthony Martial’s rebound off the line and the ball was cleared.

Many fans missed it though due to a cock-up with Southampton’s new automated turnstile system. The club apologised and pledged to refund all general admission ticket-holders.

Pogba, fresh off his four assists in United’s opening-day 5-1 win over Leeds, was pulling the strings but should have done better with a free header from Luke Shaw’s free-kick.

United felt they should have had a foul in the build-up to Saints’ opener as Jack Stephens robbed Bruno Fernandes with a rough challenge.

But ref Craig Pawson allowed play to continue and the ball eventually landed at Che Adams’ feet just outside the area. 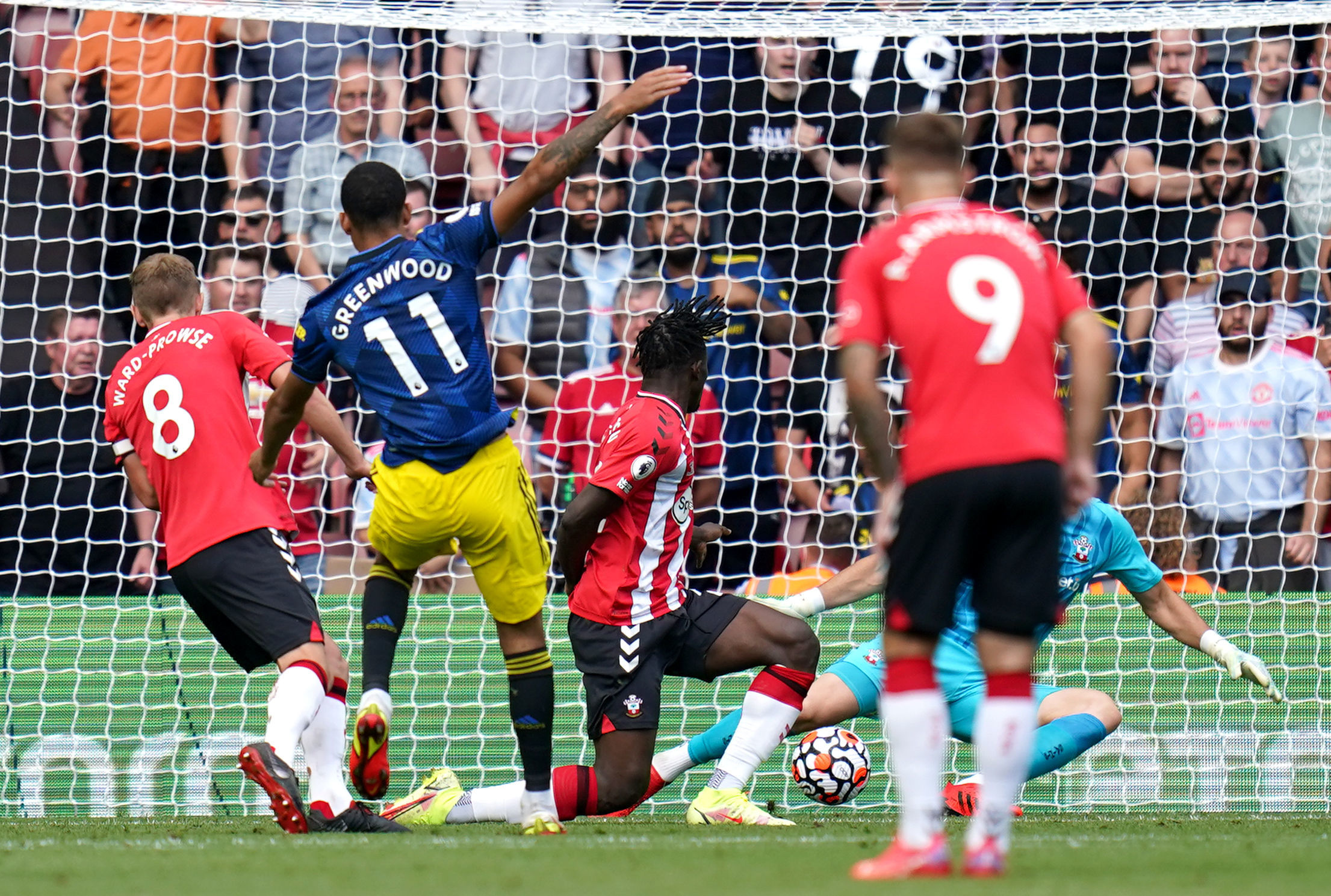 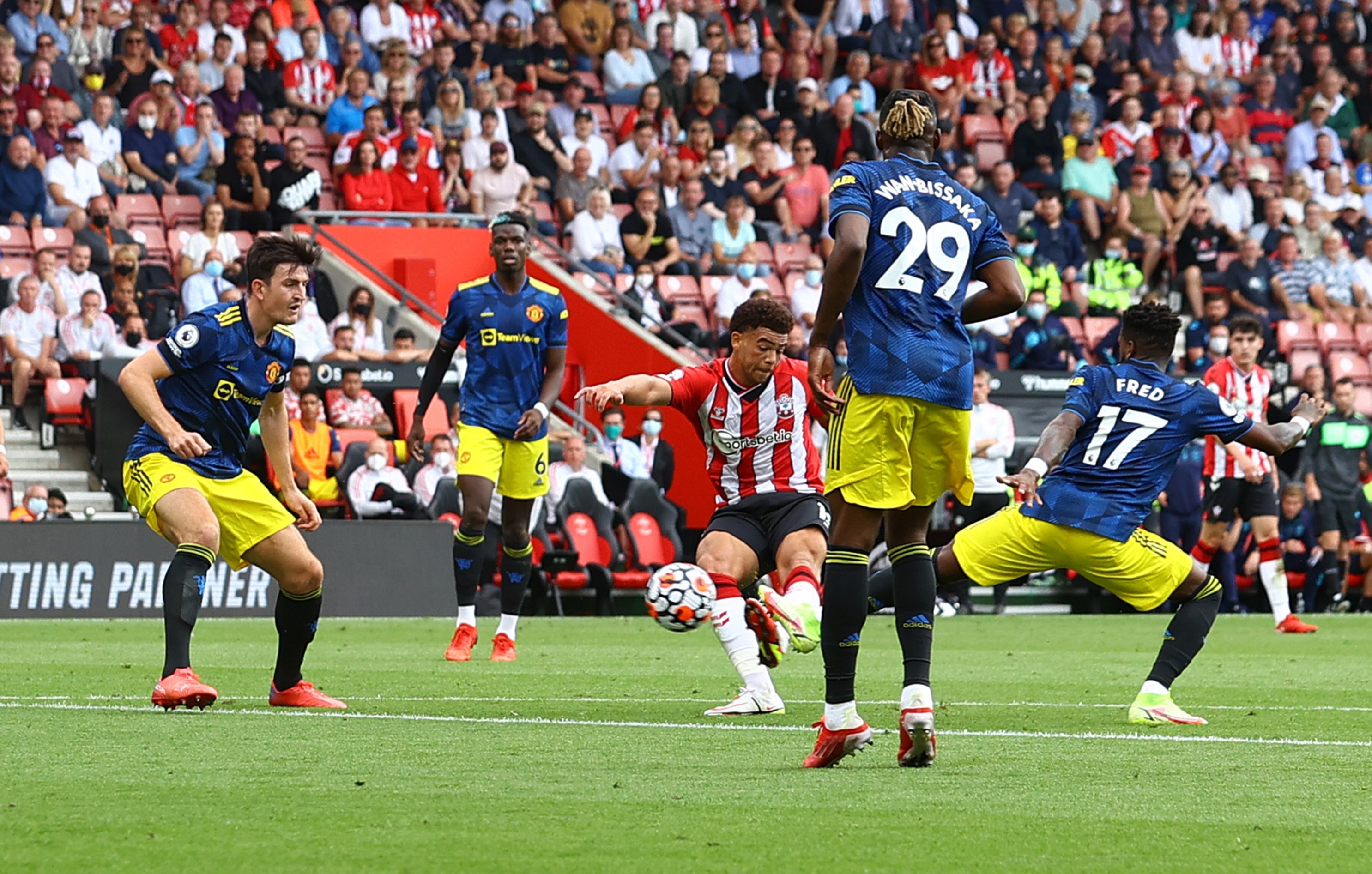 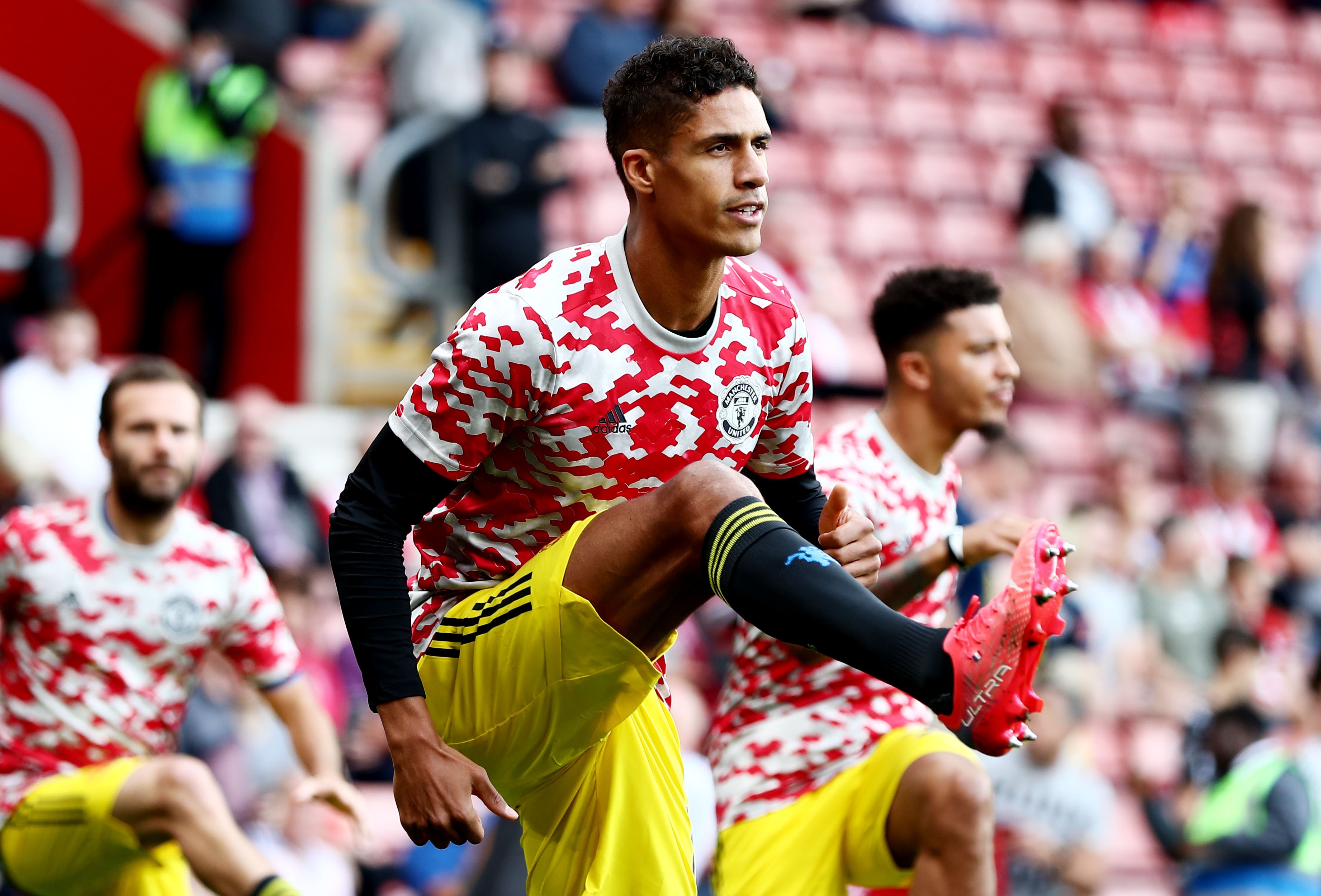 The striker took aim with his weaker left foot and the ball took such a big deflection off the unfortunate Fred as it flew in that it was later deemed an own goal.

United’s first-half display grew ever sloppier, with even Pogba firing a simple pass out of play.

Solskjaer refused to make any subs at half-time though, even with new signings Jadon Sancho and Varane on the bench.

His faith in the starting line-up was justified as shortly after the break, United were level through wonderkid Greenwood.

A neat one-two between Fernandes and Pogba in the box saw the Frenchman lay back to Greenwood, who squeezed the ball through Alex McCarthy’s legs.

From there you would have thought it would have been United who would push on for the winner, particularly with Sancho eventually coming on.

But it was the hosts who had the better chances, through new signing Adam Armstrong.

First he was sent clear after James Ward-Prowse had picked Harry Maguire’s pocket, but the ex-Blackburn forward could not beat David de Gea.

United’s No1 then saved a Ward-Prowse free-kick, while Armstrong also failed to convert at the back post with a header.

It may have been a disappointing result for Solskjaer’s men, but it did see them equal the record set by Arsenal’s Invincibles in 2004 of most Premier League away games unbeaten in a row, with this their 27th straight league fixture on the road without defeat. 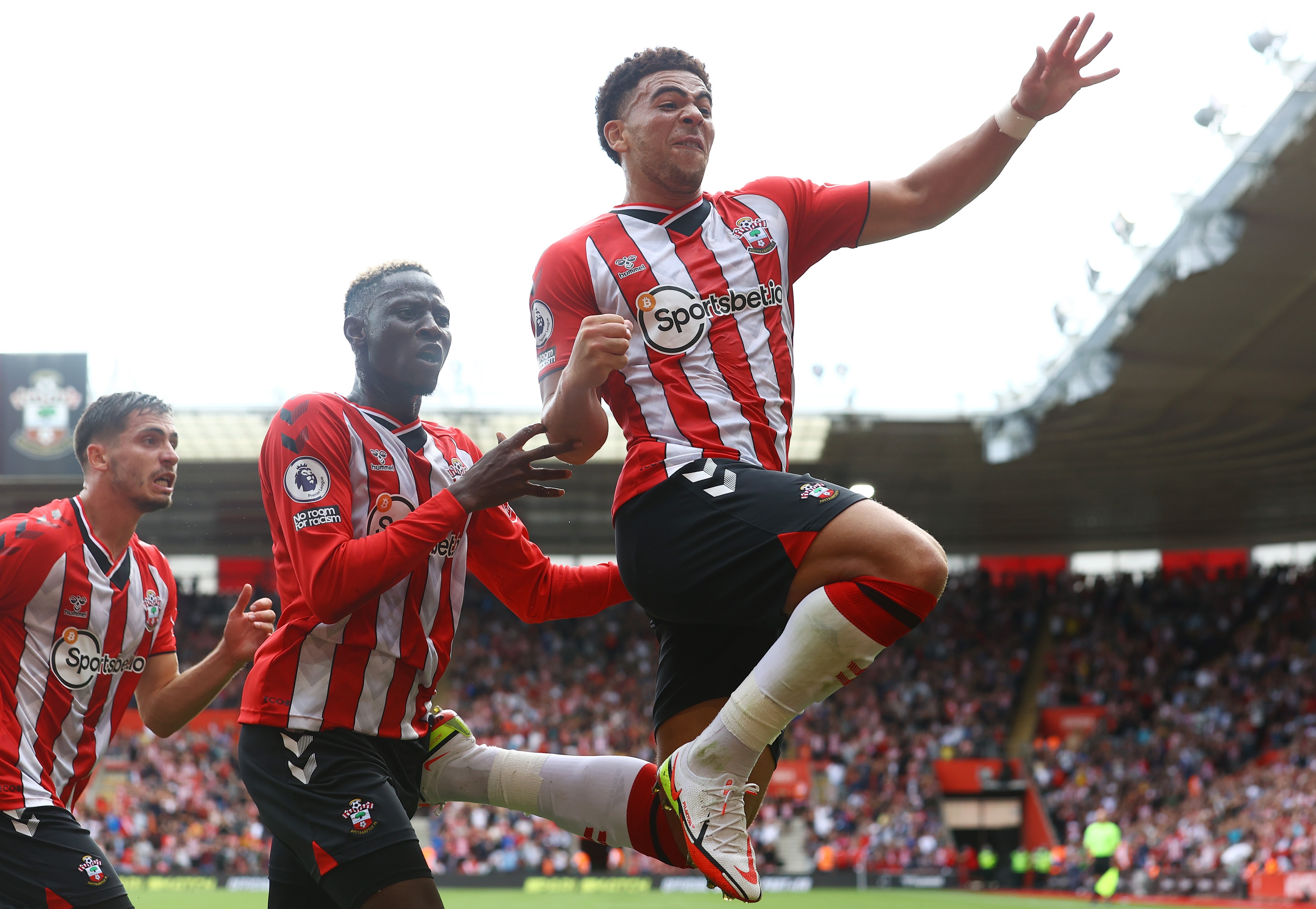 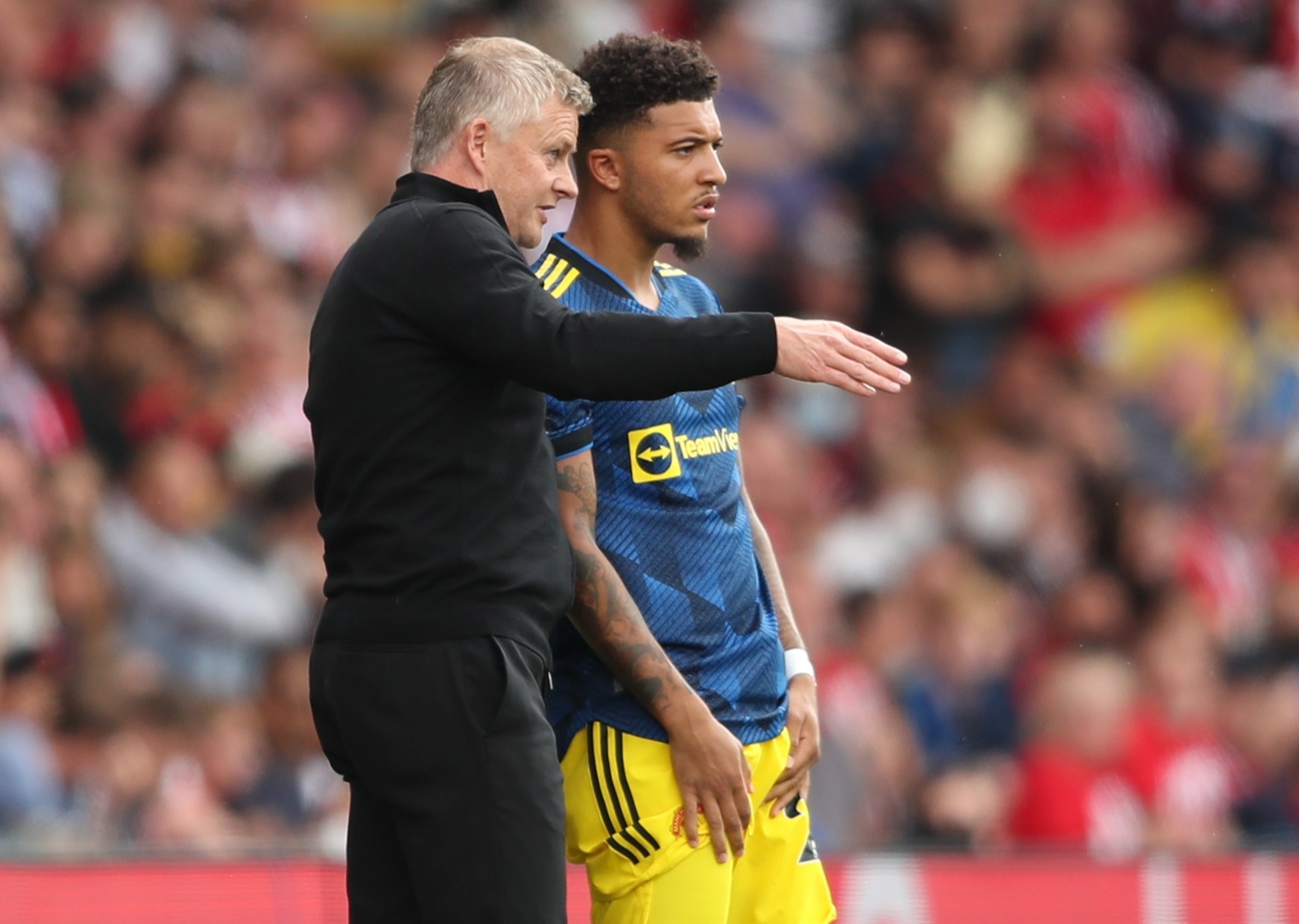