Southampton have vowed to use their controversial last-minute hotel switch as extra motivation for their crunch £180million relegation battle with Swansea on Tuesday night.

Mark Hughes’ side arrived in South Wales on Sunday only to be told the 40 rooms they had previously booked at the Swansea Marriott were no longer available.

As exclusively revealed by Sportsmail, The Saints were told by the Marriott the venue had been hit by a virus, but the hotel remained open for bookings to the public despite Southampton being told they had to look elsewhere. 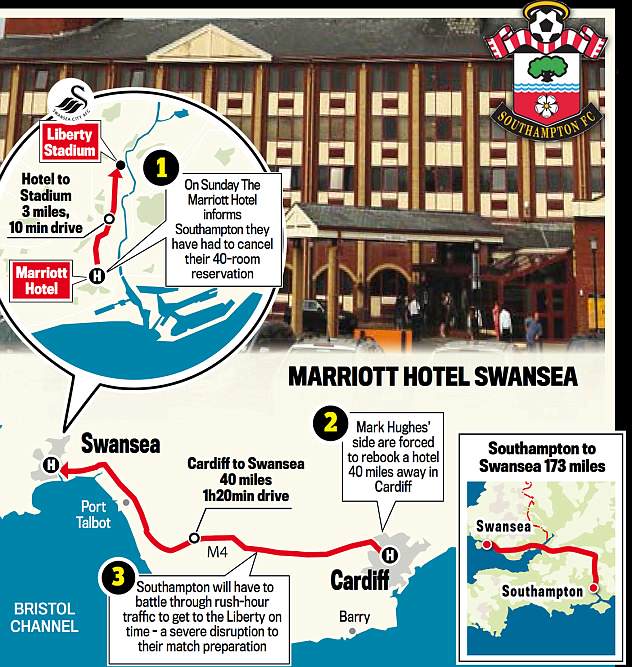 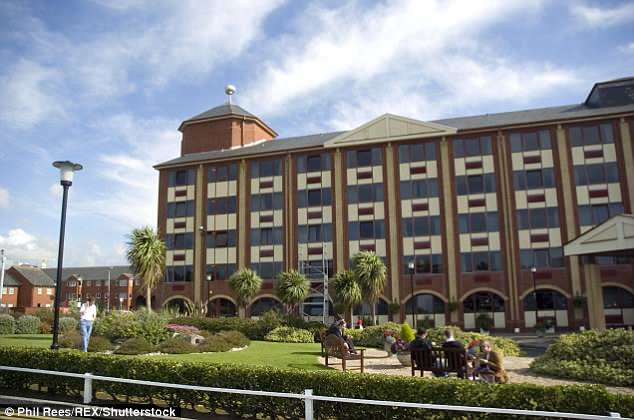 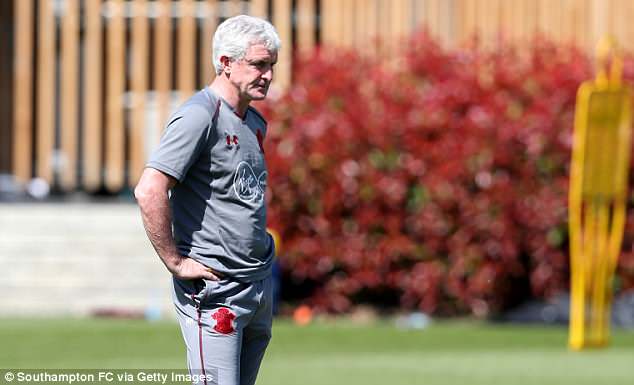 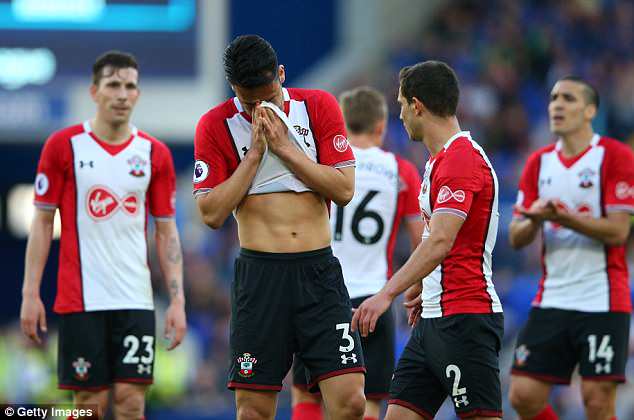 Hughes’ men subsequently relocated to the Vale of Glamorgan Hotel on the outskirts of Cardiff, a site about an hour’s drive from Swansea’s Liberty Stadium home.

Both Southampton and Swansea are locked together on 33 points at the bottom of the Premier League table and the winner of Tuesday’s game will go a long way to securing survival.

Speaking at the Vale on Tuesday afternoon, a senior Southampton source said: ‘We’ll just use this as extra motivation. If we keep doing the right things, we’ll be OK.’ 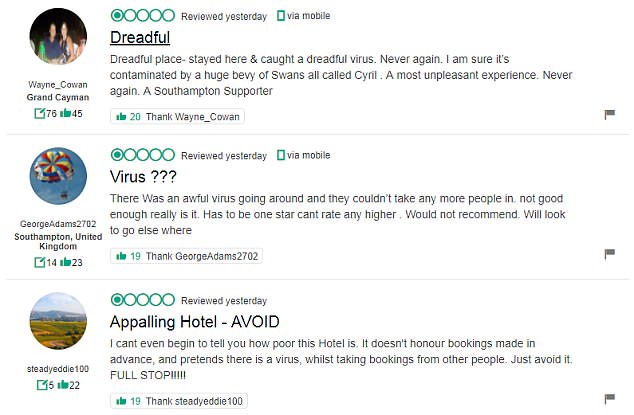 Southampton believe they have been the victim of dirty tricks ahead of a game which is set to define their top-flight status.

Hughes and Southampton’s players were seen relaxing at the Vale on Tuesday morning, with striker Charlie Austin in conversation with Cardiff City skipper Sean Morrison.

The Vale Hotel is a venue used by both the Wales rugby and football sides and is also home to the training ground of Cardiff, who have sealed promotion to the Premier League.

Southampton’s players are set to leave the Vale at 4.45pm to reach the Liberty in time for the 7.45pm kick-off. 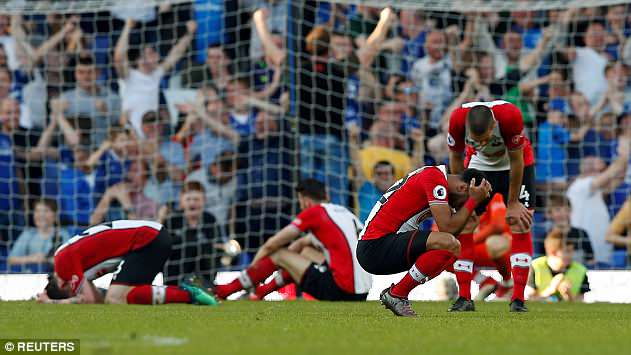 Normally, players would not have to leave their rooms in Swansea until 6.15pm.

Calls to the hotel by Sportsmail confirmed that it is open and that rooms are still available.

When asked for an explanation for the cancellation — which had nothing to do with Swansea City — the Marriott at first said ‘no comment’ and then passed enquires on to general manager Michael Downie.

Downie said on Monday night: ‘As a matter of guest privacy it would be inappropriate to comment on specific reservations.’

Furious Southampton fans made their thoughts known by leaving one-star reviews on TripAdvisor. One wrote: ‘I can’t even begin to tell you how poor this hotel is.

‘It doesn’t honour bookings made in advance, and pretends there is a virus, whilst taking bookings from other people. Just avoid it. FULL STOP!!!!!’

Tottenham were on the brink of a Champions League place in 2006 and faced a key game against West Ham. The squad stayed at the Marriott Hotel in Canary Wharf and had a buffet, with many opting for lasagne.

By the morning, several players were vomiting. Boss Martin Jol wanted the game called off — it went ahead and Spurs lost 2-1. The club threatened to sue the hotel, who were absolved of wrongdoing as the sickness was put down to the norovirus.

Brazil were eliminated from the 1990 World Cup by arch rivals Argentina, blaming a spiked water bottle. Branco was marking Diego Maradona and, during a break in play, the defender took a swig from a bottle handed to him by the Argentina bench.

He felt drowsy almost immediately and Maradona promptly set up Claudio Caniggia, who scored the only goal of the game. Later, Branco claimed tranquillisers had been put in the bottle.

What was in Banks’ beer?

England were set to face West Germany in the 1970 World Cup quarter-finals and keeper Gordon Banks had a beer as a nightcap two days before the game.

When the squad gathered in the morning, Banks was shivering and sweating. He was replaced in the team by Peter Bonetti, whose display was slammed after England lost 3-2.

Banks suspected skulduggery, telling Sportsmail in 2016: ‘What shook me was that we all ate exactly the same food, so how come I was the only one who got food poisoning? It doesn’t add up.’

Ahead of their 2003 Division Two play-off final against Cardiff City at the Millennium Stadium, Queens Park Rangers checked into the Celtic Manor Hotel in Newport.

In the early hours on the morning of the match, with the players asleep, Neil McNamara — a bodyguard employed by Cardiff owner Sam Hammam — set off the fire alarm. The QPR squad had to jump out of bed and assemble outside.

McNamara was fined £1,000, but the episode cost QPR far more as Cardiff won 1-0 after extra time to secure promotion.