When does Southampton vs Chelsea kick off?

This match will be held at St.Mary's Stadium in Southampton.

Which TV channel is Southampton vs Chelsea on and can I live stream it?

This game will be shown live on Sky Sports Premier League and Sky Sports Main Event.

Sky subscribers will be able to get this online and on the Sky Go Mobile App.

Alternatively, you can catch all the action on our dedicated SunSport LIVE BLOG. 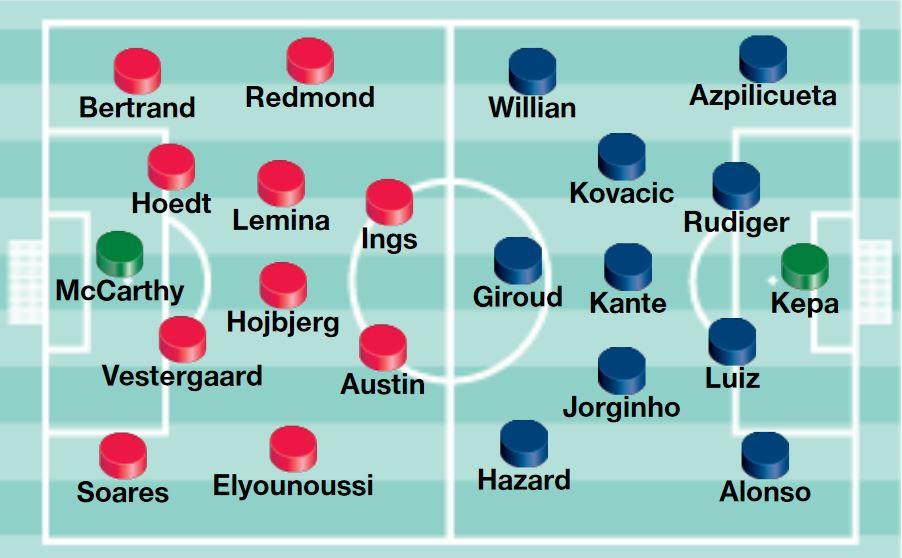 Southampton will be hoping for a good result this weekend as they have no injury concerns and will be trying to get their summer signing Danny Ings back onto the scoresheet.

Their main goal will be holding a solid midfield partnership between Mario Lemina and Pierre-Emile Hojbjerg who will be looking to stifle the creativity of Chelsea's Eden Hazard.

Chelsea on the other hand will also be determined to get all 3 points after the strong performances in defence against Liverpool from the returning Antonio Rudiger and the nerve wracking David Luiz.

Olivier Giroud is likely to start up front for Chelsea ahead of Spanish striker Alvaro Morata based on the last couple of league fixtures and also last season where in this same fixture he scored twice off the bench to turn around a 2-0 deficit to a 3-2 victory for Chelsea.