Alvaro Odriozola had given Los Rojas an expected first-half lead and it seemed a certainty the home side would see it out or add to their tally. 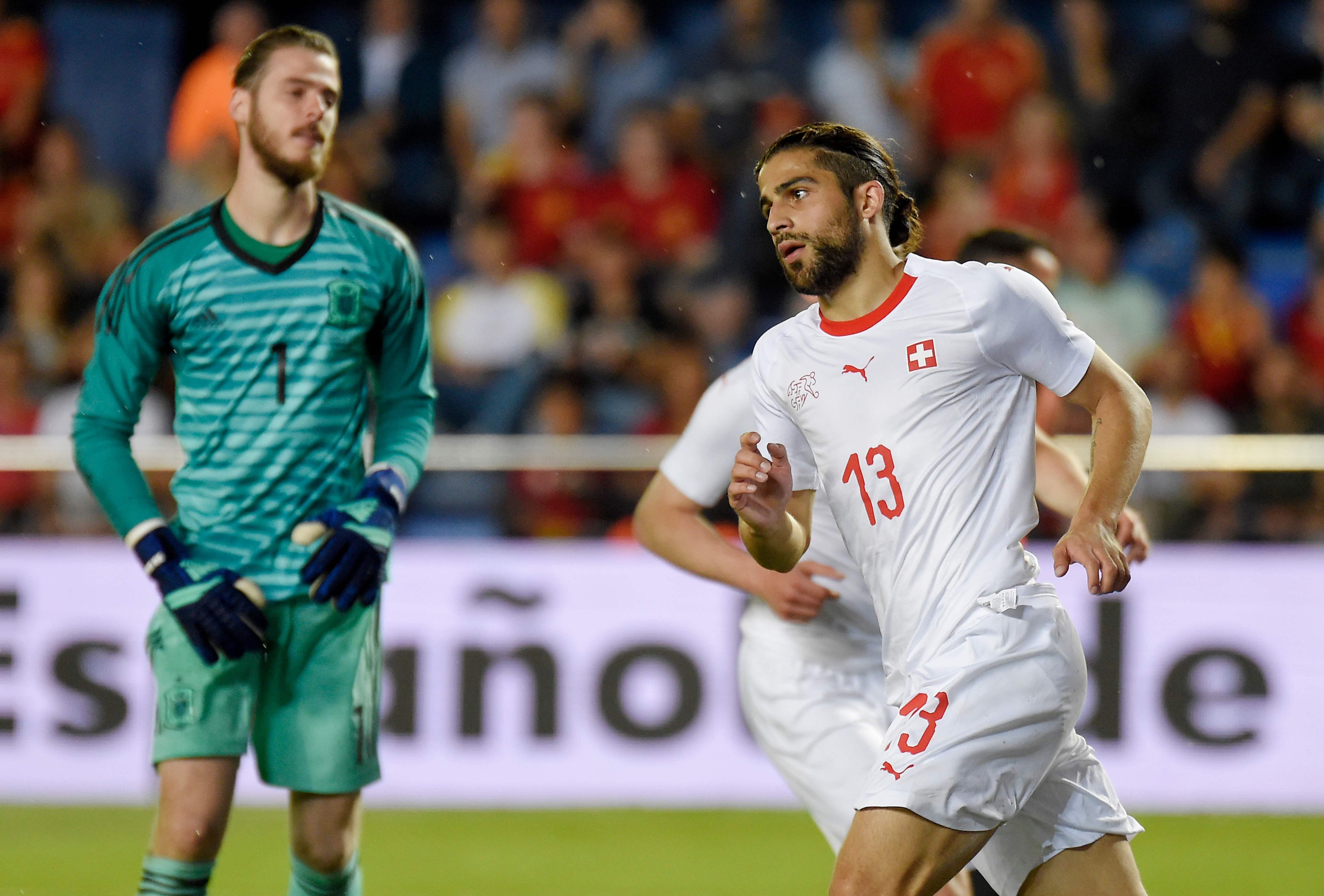 But the Manchester United star spilled a tame shot into the path of Ricardo Rodriguez who prodded home a gift of an equaliser.

Without their Real Madrid stars who are still sleeping off their Champions League win, and the hangover of Zinedine Zidane’s shock exit, Spain made it 18 games without a loss.

Real Sociedad youngster Odriozola got the opener with an assist from the sublime Manchester City midfielder David Silva.

There was one moment of concern when Andres Iniesta got a whack on the knee – just days before the Russia tournament – but some magic spray helped him through before being subbed. 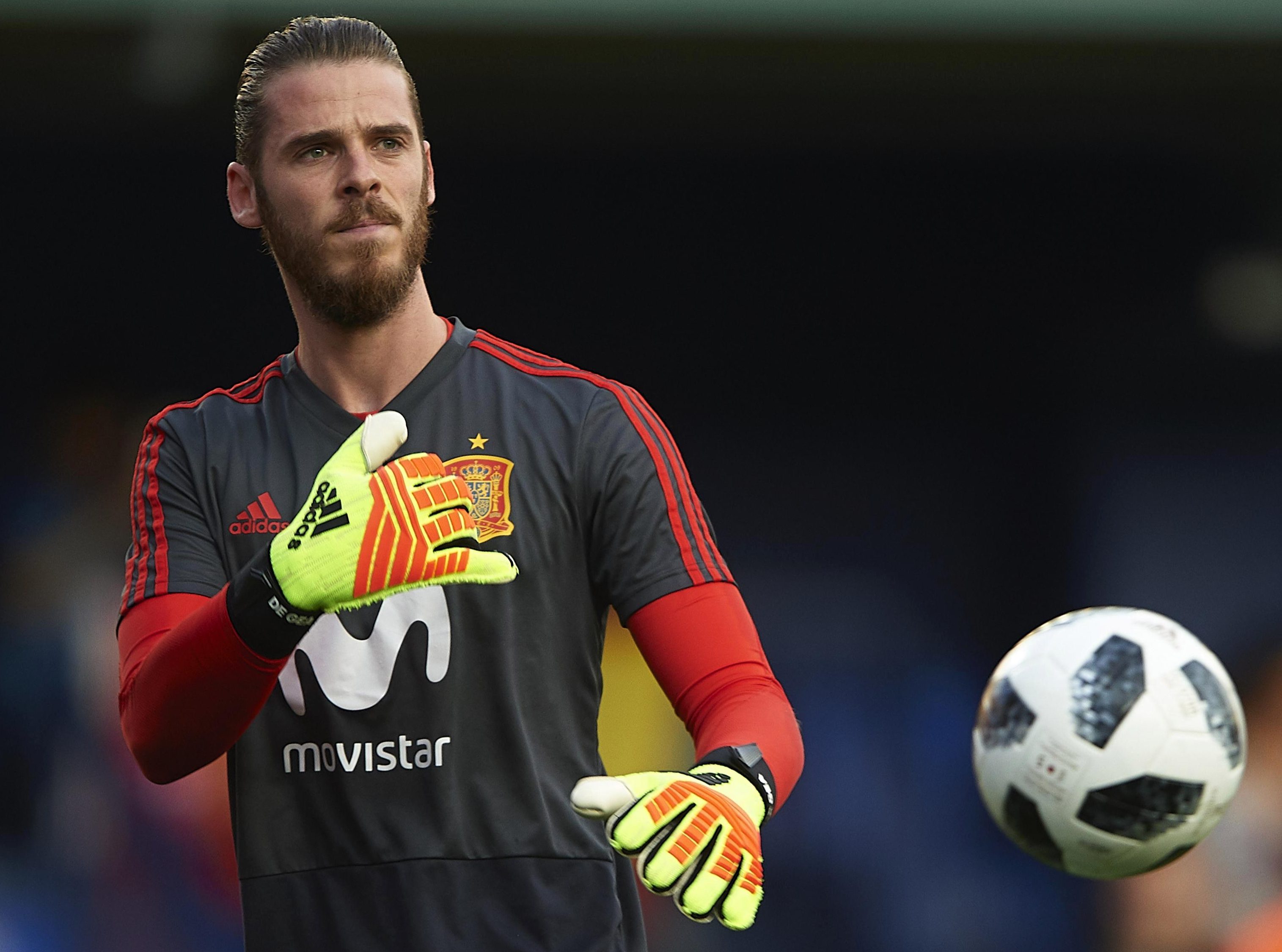 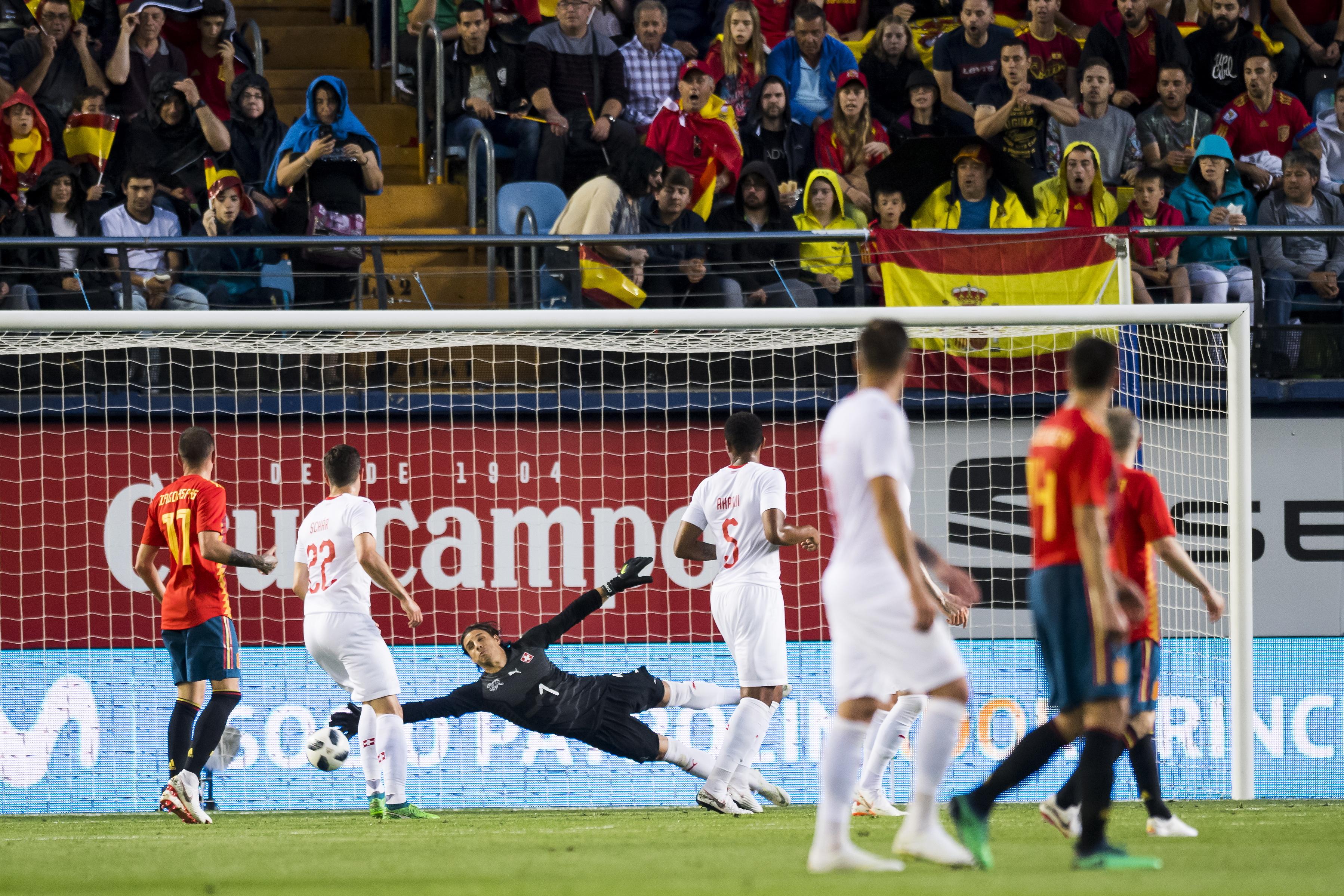 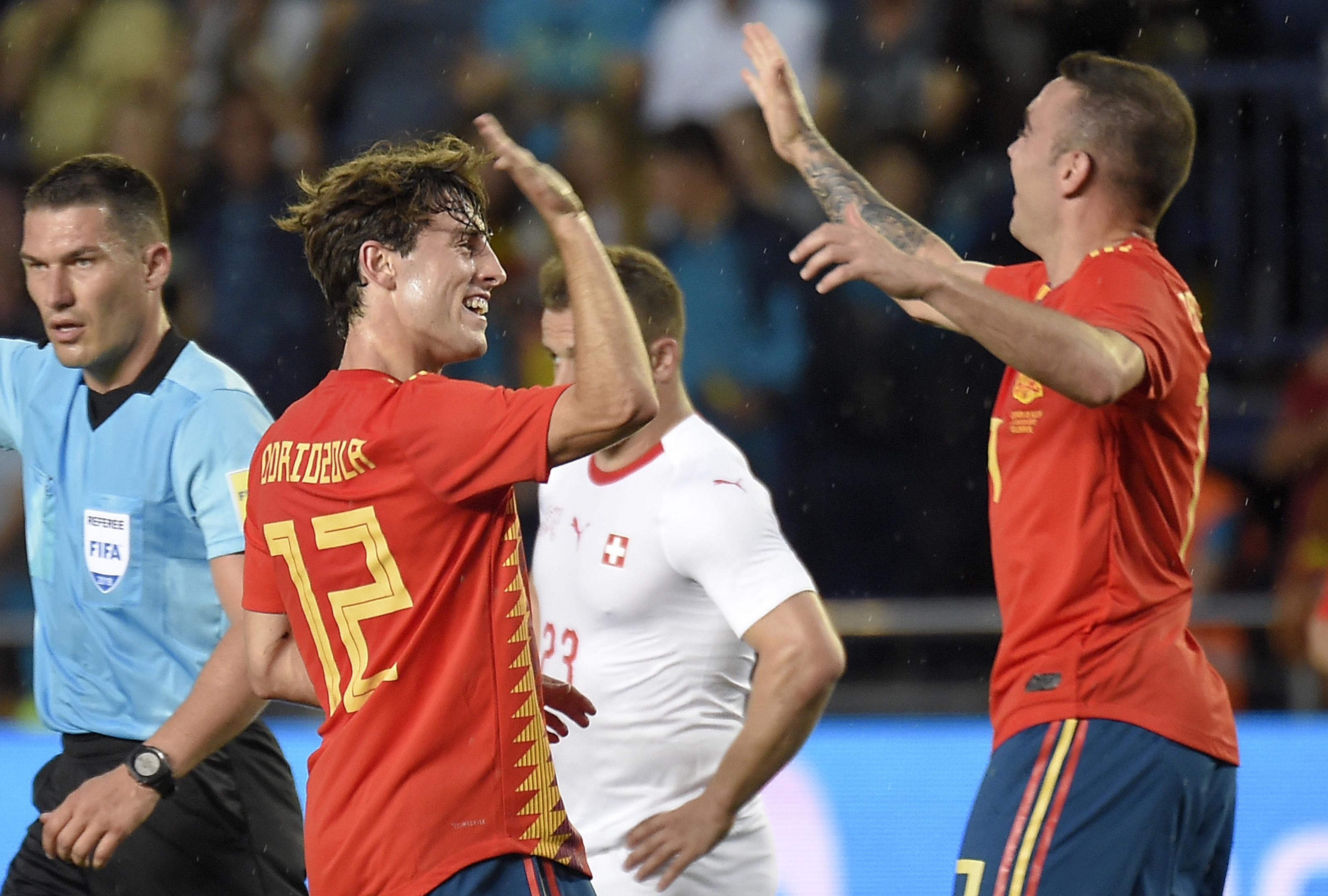 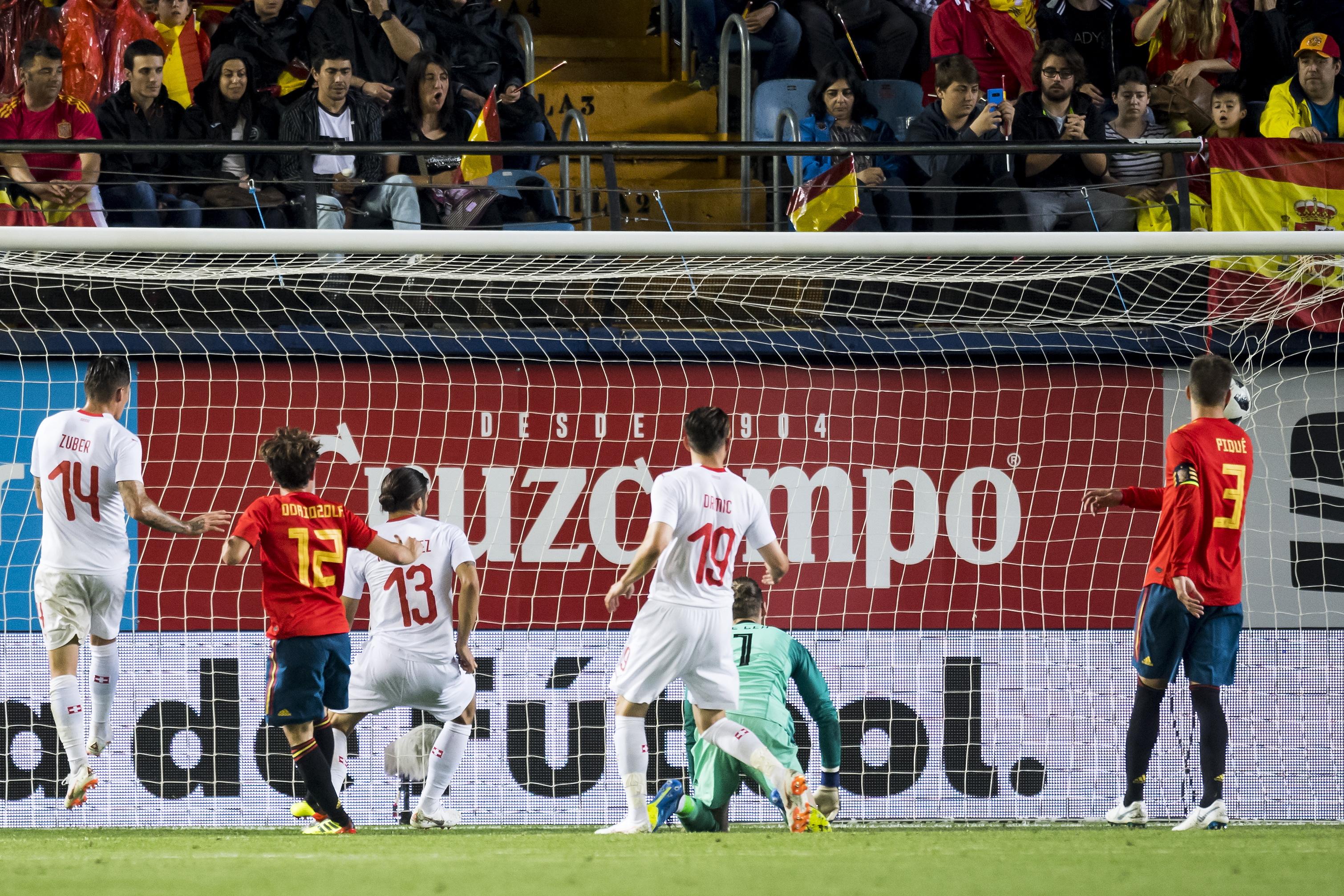 Just before the 30-minute mark, the home side took the lead through the 22-year-old prospect.

Switzerland dithered in trying to clear a bouncing ball and let silky Silva loop in a left-footed cross.

The delivery fell perfectly into Odriozola’s path and his right-foot volley raced into the bottom left corner.

On the hour mark, it looked like Diego Costa might double the lead with a Gareth Bale impression but the ball was nodded out of the path of his flying bicycle kick.

It fell, instead, to the feet of former Liverpool forward Lago Aspas and he crashed the ball wide of the post. 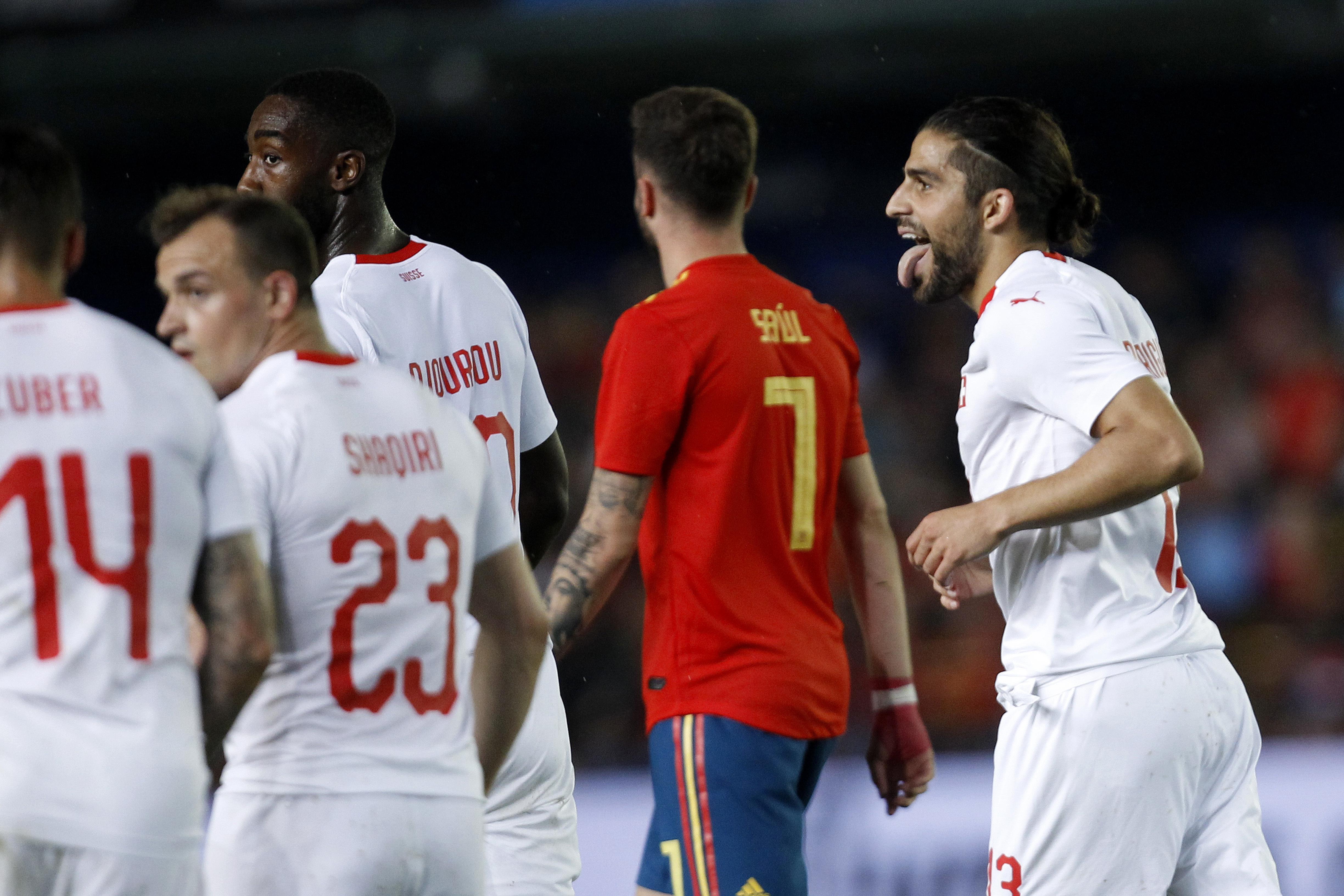 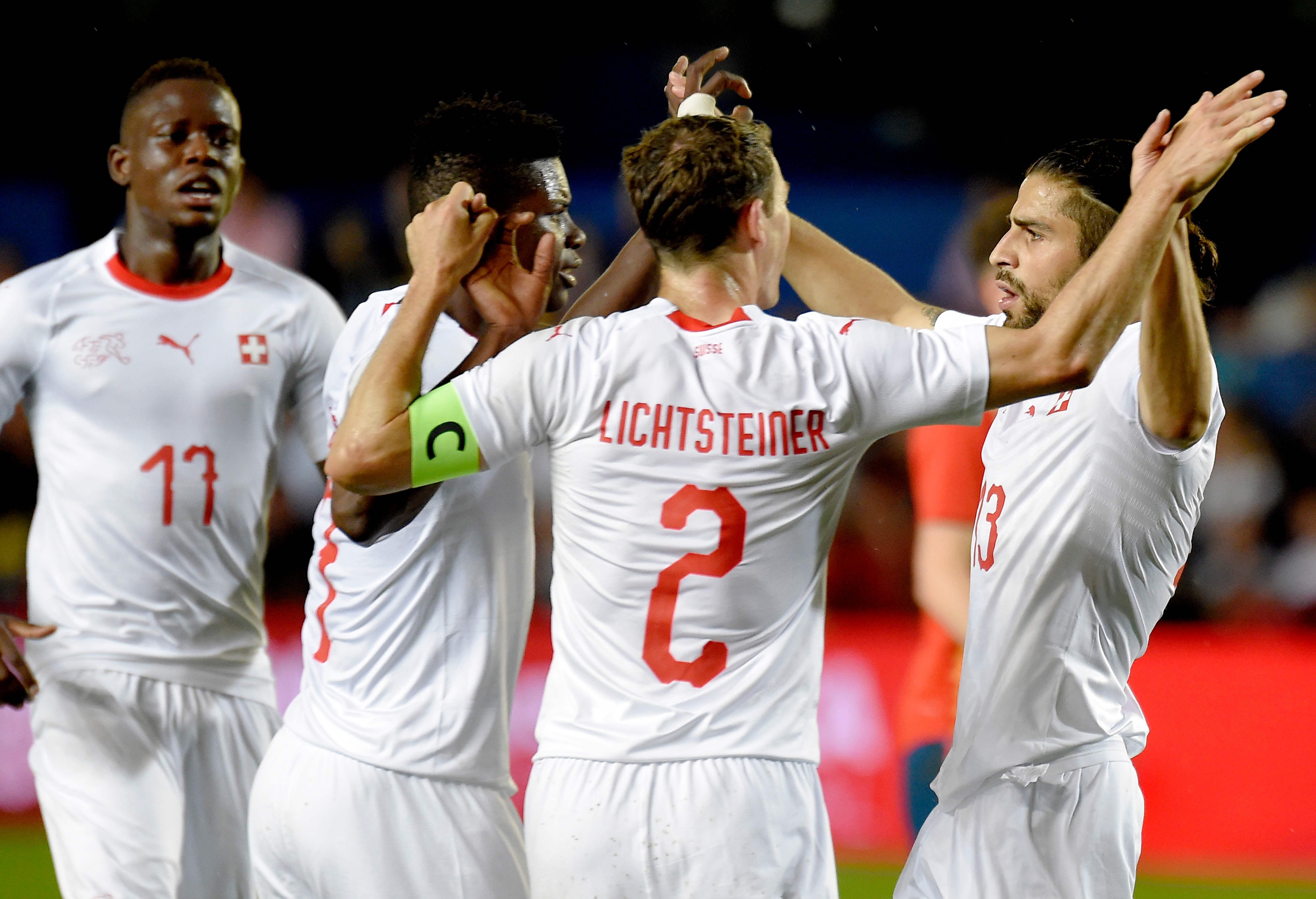 And the visitors went straight up the other end to level thanks to a rare De Gea error.

But he managed to spill the ball onto the boots of Rodriguez who bundled it in.

Spain had a couple of chances to win the game but Nacho twice missed from close range before the final whistle rang out.