Sri Lanka's Akila Dananjaya has spun a web around South Africa's batsmen with a six-wicket haul to help the hosts to a commanding 178-run victory in the fifth and final one-day international.

Sri Lanka captain Angelo Mathews struck a run-a-ball 97 to anchor his side to an imposing 8-299 after the hosts won the toss and opted to bat on Sunday. 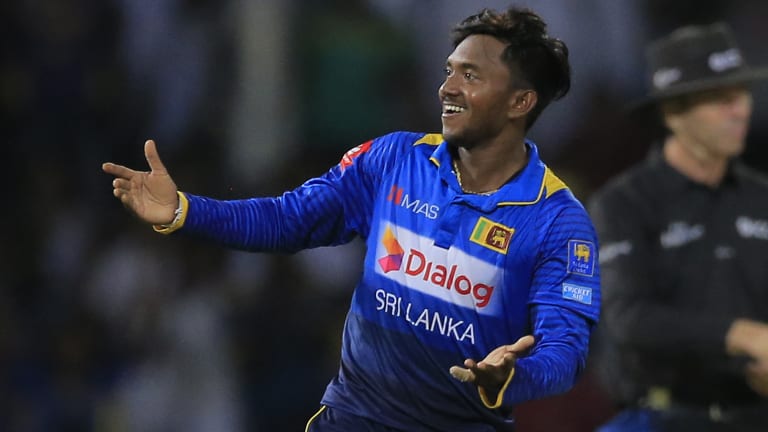 Sri Lanka’s Akila Dananjaya gestures towards spectators as he celebrates after taking the wicket of South Africa’s Andile Phehlukwayo.

South Africa, who had won the first three matches of the series, appeared clueless against off-spinner Dananjaya's bag of tricks and were bundled out for just 121 under 25 overs.

The 24-year-old took 6-29 to register his best figures in one-dayers and helped Sri Lanka finish the series with a respectable 3-2 result.

South Africa's stand-in skipper Quinton de Kock, leading the side for the injured Faf du Plessis, was the only batsman to provide some resistance for the touring side with a stroke-filled 54.

Mathews hit 11 fours and a six in his knock as Sri Lanka scored 93 off their final 10 overs to set South Africa a 300-run target.