A tip from Newcastle trainer Rod Ollerton has delivered a first group 1 winner to his good mate Tony Price as Seabrook finally got some luck in the Champagne Stakes at Randwick on Saturday.

Ollerton took Royal Tudor, which he trains for Price, south for the spring and the horse was stabled with Melbourne trainer Mick Price. Ollerton was helping out at Price’s stable riding some work and hopped on a two-year-old filly.

“He rang and told me to buy a share in [Seabrook] after riding her work,” Price said. “It has been one of the best phone calls of my life. 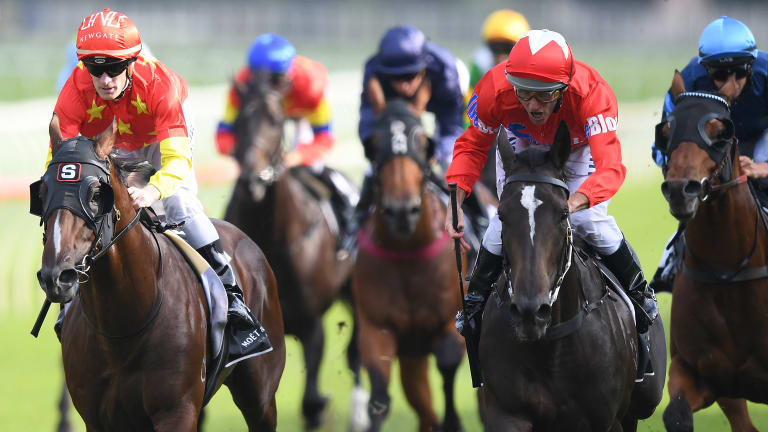 “He said she was one of the best two-year-olds he had ridden and I should see if there was any of her left.

“A couple of blokes dropped out and I was able to take fairly big share, and it has been a great ride since.

“Rod has always been a great judge of a horse and he said she was a group 1 filly, and he is finally right. We had a bit of bad luck but she deserved that.”

Price celebrated with a syndicate of owners as Seabrook got the breaks and came over the top of Bondi to score by a half length, with Sires Produce winner El Dorado Dreaming flying home for third another three-quarters of a length away.

Damien Oliver saved her every inch of ground and had a good sprint at the end of the mile to deliver his 110th group 1, leaving him only behind George Moore on 119 wins.

Seabrook was luckless in the Blue Diamond Pelude in February and missed a run in the Melbourne group 1. She won the Sweet Embrace Stakes and then was trapped wide for fifth in the Golden Slipper before disappointing in the Sires.

“Finally everything went right for her,” Oliver said. "I’ve always had a big opinion of this filly, she just hasn’t had things go quite right for her this preparation. 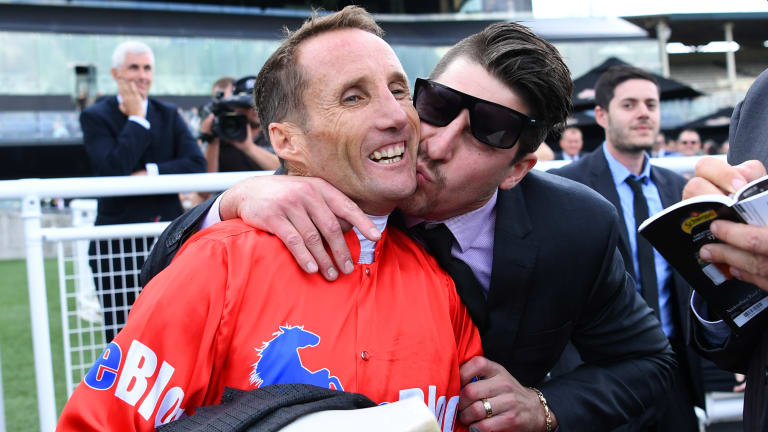 Pucker up: Damien Oliver laughs as he is kissed after his winning run on Seabrook.

“She knuckled at the start in the Sires and never really travelled in the run. It was a bit puzzling because she is just better than that, so you had to forgive her one bad run.

“She made up for all the bad luck out there today, and that was the filly I thought we always had.”

Brenton Avdulla explained to stewards that he “lost all his momentum at 300m” after deciding to come off the fence before the turn looking for the right run.

“You see, if I stayed there I would have got the run Seabrook got,” Avdulla said. “Nothing went his way again. He was stiff.”

It means the triple crown went to three different fillies, but Seabrook might be the toughest of them.

Mark Zahra said when Bondi found the front he “stargazed but the winner had me covered on the line”. Jason Collett said El Dorado Dreaming just got held up at the top of the straight before launching her late claim.

“Just found a bit of traffic at the top of the straight there and that took away a bit of her finish,” Collett said.