TOTTENHAM fans tried their best to put off Ilkay Gundogan taking a Manchester City corner – by throwing elastic bands at him.

The German midfielder was ready to ping in a set-piece for the visitors to the Tottenham Hotspur Stadium in the Champions League clash. 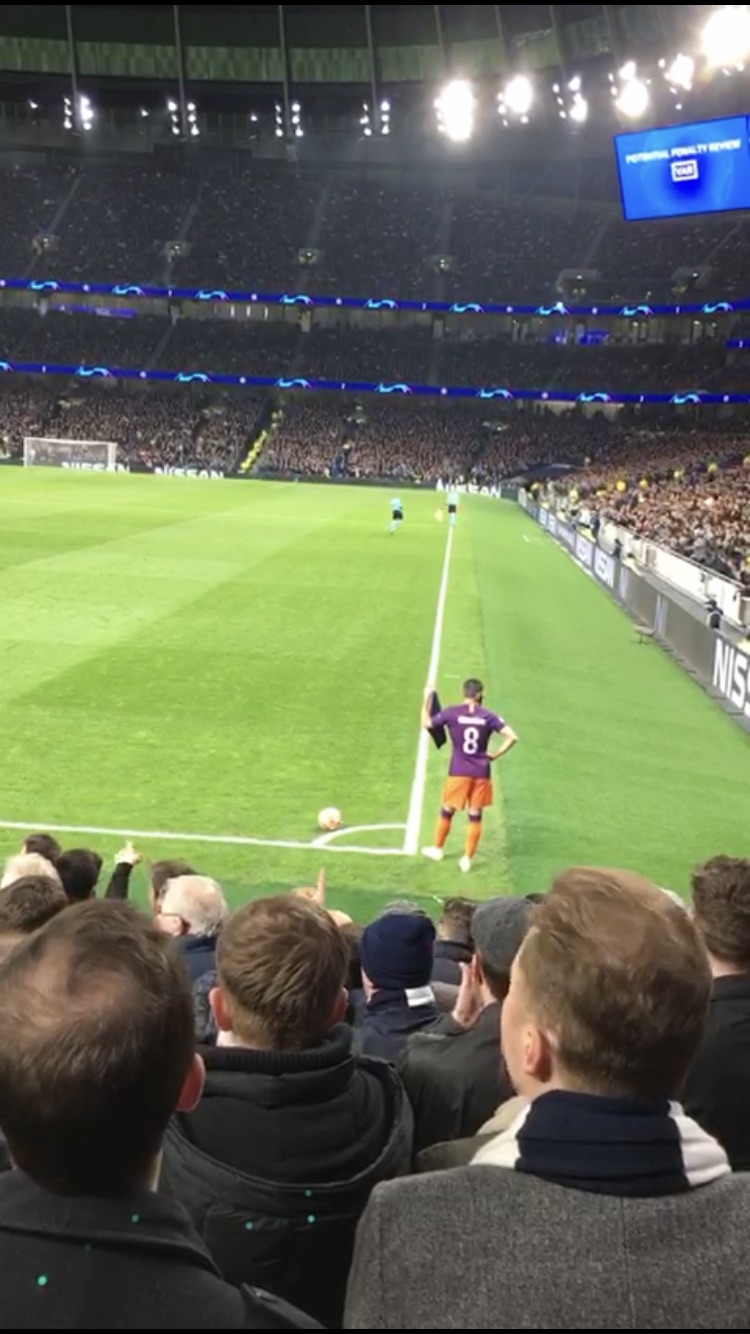 But he had to wait a few second before doing so, after being ambushed by the most unlikely of objects thrown from the crowd.

The bands were used to hold the mosaic in place that Spurs fans help aloft before kick-off – words reading "To Dare Is To Do".

But once that was over and done with, home fans found a new use for them, and poor Gundogan was targetted.

Riyad Mahrez was also fired at from the other side of the pitch.

But despite doing their best to give their side the advantage, Spurs fans had to be content with a 0-0 scoreline at half-time.

It could have been worse for the hosts in the quarter-final clash, but Sergio Aguero fluffed his lines and missed a contentious penalty.

It had been given when Danny Rose was adjudged to have handled in the area by VAR.

Spurs really do have an elastic limit each season.

Can we get VAR on the Spurs fans flicking elastic bands at Mahrez for his corner? Morons.