England have been in Sri Lanka for almost two weeks and have so far managed one practice match (curtailed by bad light) and 15 per cent of a one-day international. 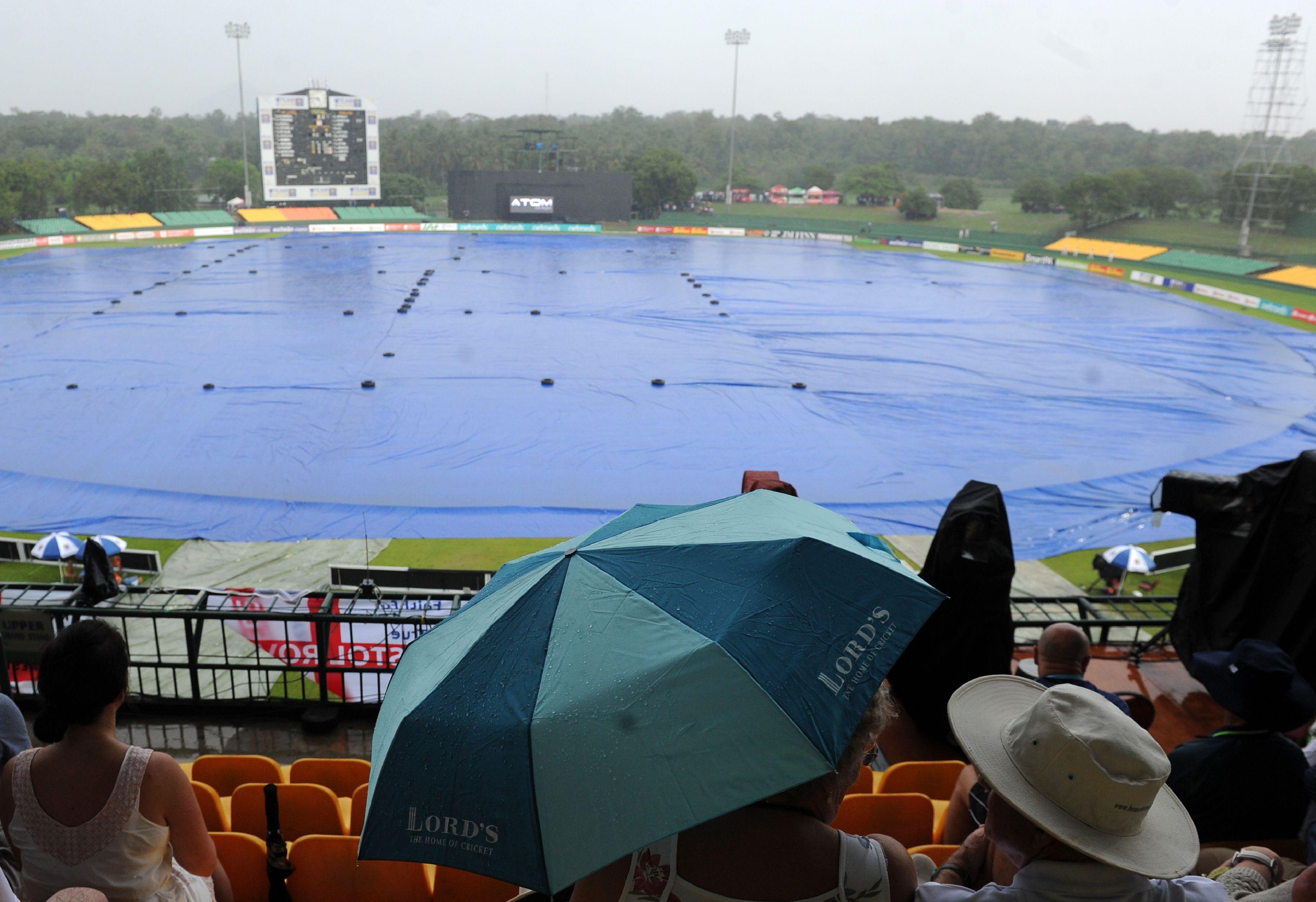 Oh, and a few nets sessions.

What the heck are Eoin Morgan’s team doing in Sri Lanka in the rainy season?

And they warn: “Thunderstorm-type of rain, particularly during the afternoon or evening, is the typical climate… the whole country experiences strong winds with widespread rain, sometimes leading to floods and landslides. 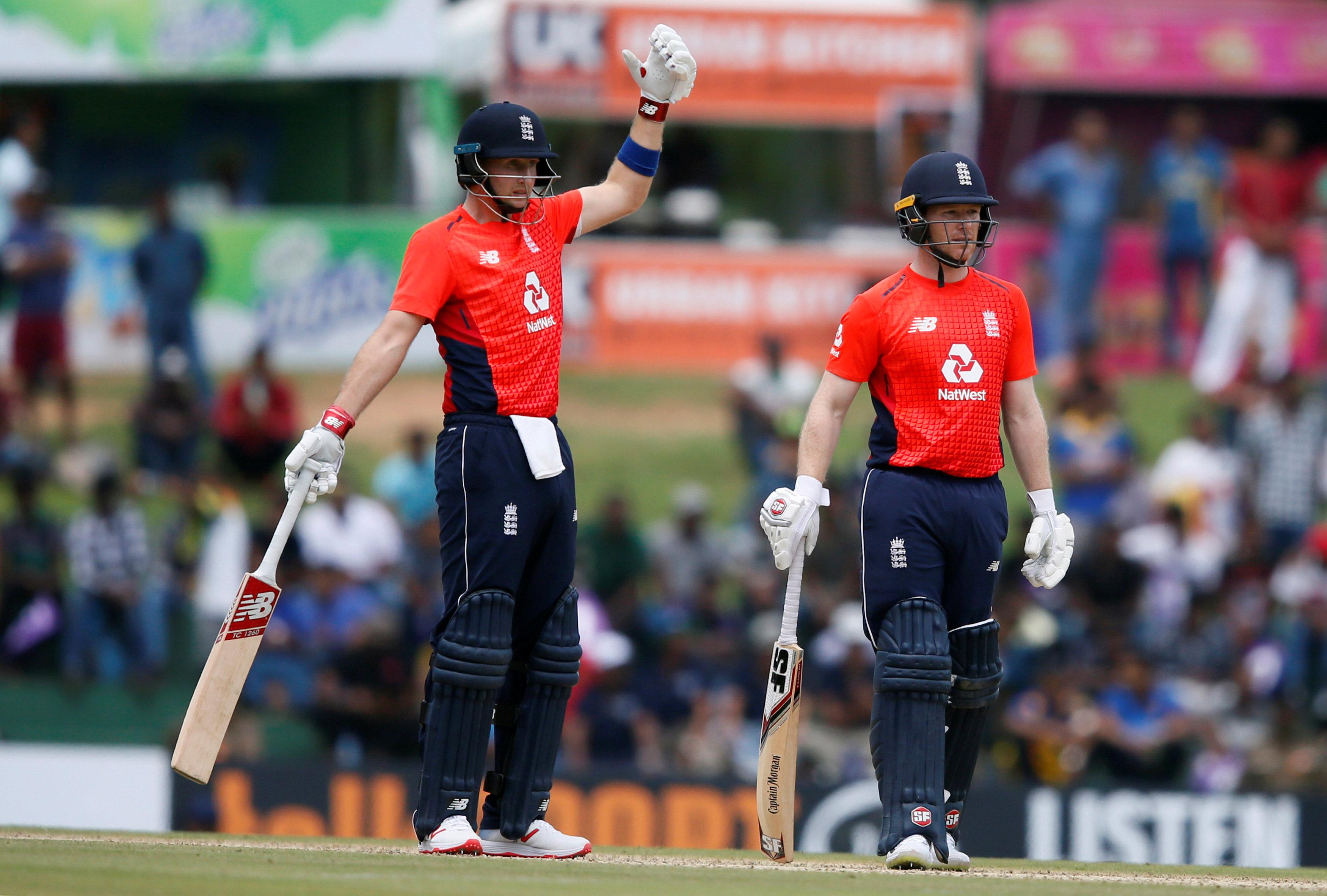 “Almost the entire island receives in excess of 400mm of rain during this season.”

The trouble is, nobody seems to know – or is prepared to admit – why England are here when they could have arrived almost four weeks later and still been home for Christmas.

When asked why England agreed to the itinerary, white ball captain Eoin Morgan said: “I haven’t a clue, I honestly don’t know.”

It’s a shame because a few hundred England supporters have travelled here. 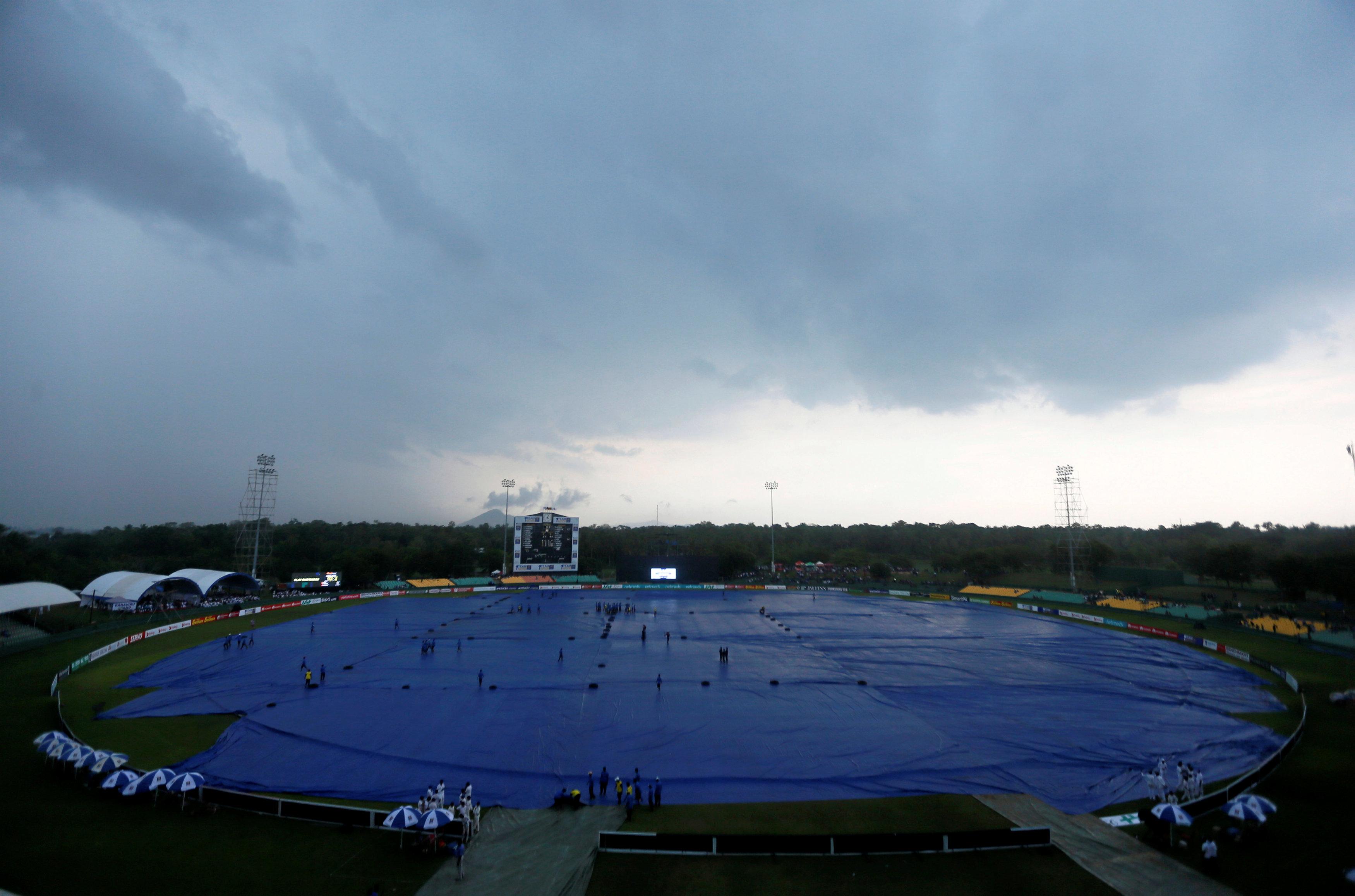 Initially, the three Test matches were due to be played before the one-dayers but Cricket Sri Lanka switched around the games.

They feared the Tests would be a damp squib if played in October rather than November.

England scored 92-2 in their 15 overs with Jonny Bairstow and Jason Roy both playing some aggressive shots before being dismissed in the 20s.

Bairstow and Roy put on 49 for the first wicket and became the first England one-day batsmen to share partnerships aggregating more than 1,000 runs in a calendar year. 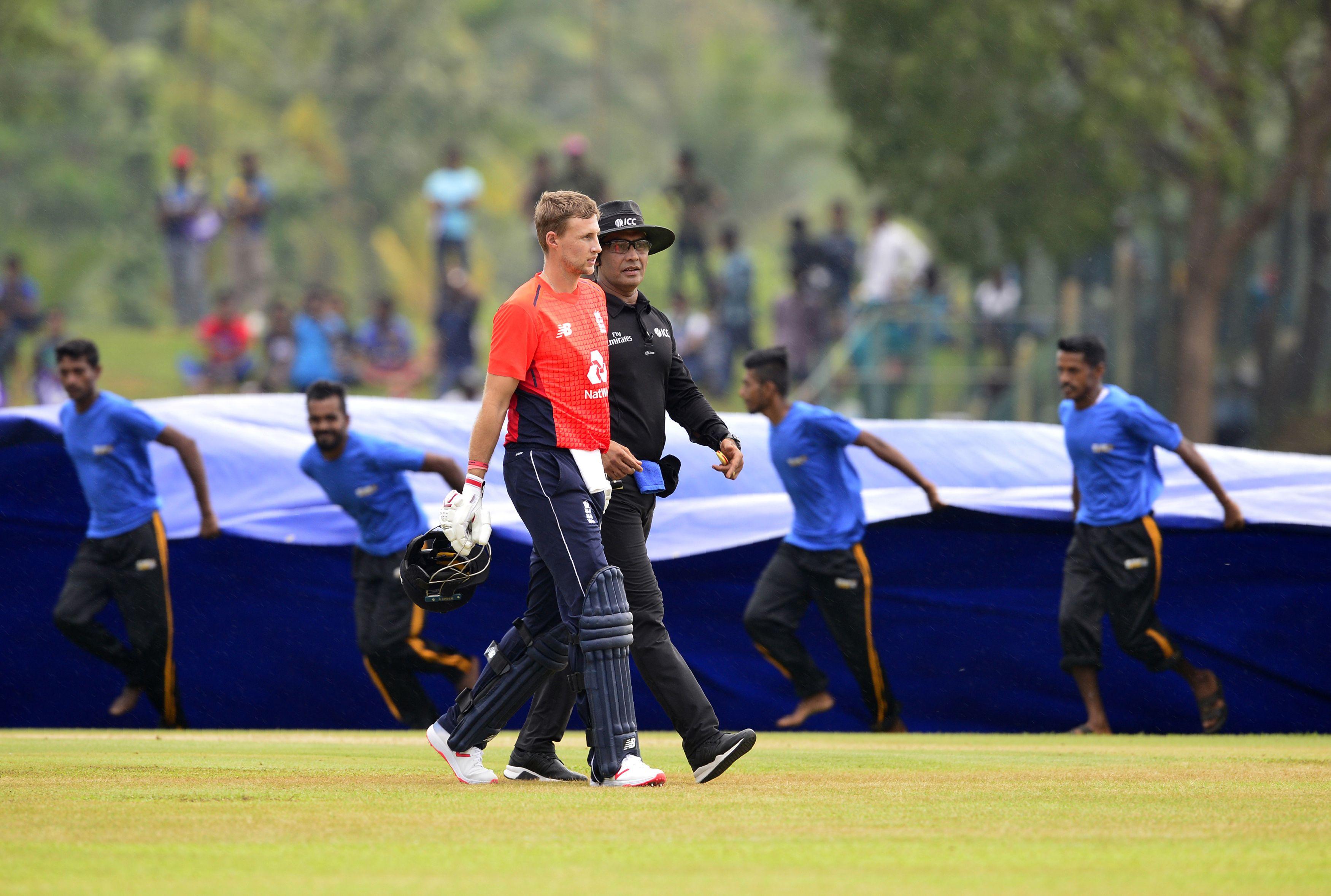 They had a look at legendary Sri Lankan speedster Lasith Malinga, who is back in the team at the age of 35.

Joe Root was 25 not out and Morgan 14 not out when the rain arrived.

In fact, play was stopped several minutes before the heavens opened to allow the 200 or so ground-staff to spread blue tarpaulin covers across every inch of the playing area.

Normally in Sri Lanka, this allows play to resume after the rain ceases. But this time there was some spillage removing the sheets. 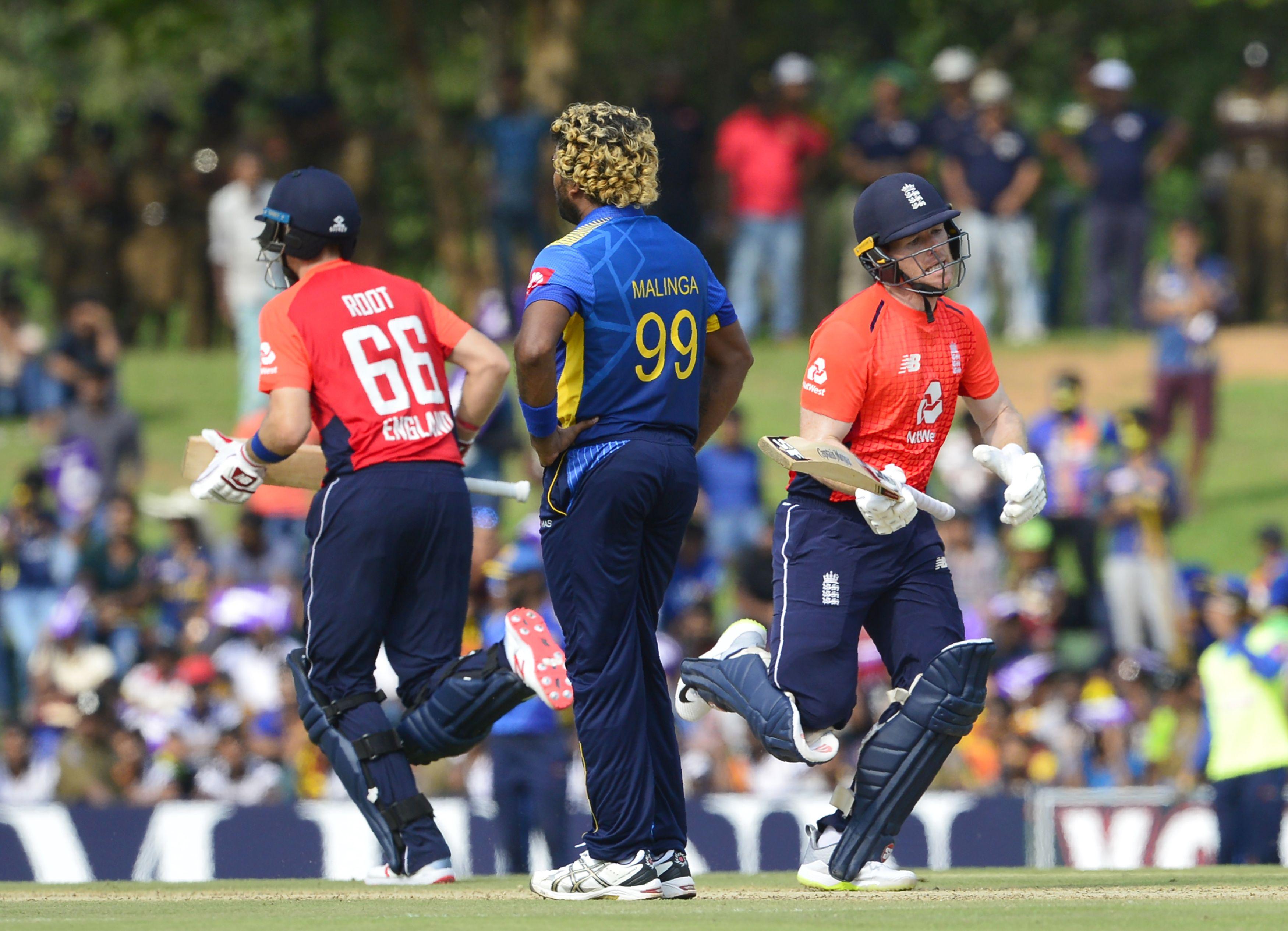 Morgan added: “Having an abandoned match is extremely frustrating especially after the umpires made a good decision to get the covers on before the rain.

“That made sense because, when it rains here, it doesn’t stop for hours.

"But unfortunately when they took the covers off there was some overflow and that caused three or four areas of concern on the outfield.

“It was very muddy is places and, when conditions are like that, players’ safety is paramount. The umpires made the right call.

“Two of the next four games have reserve days and we’ll get some form of game in then.”