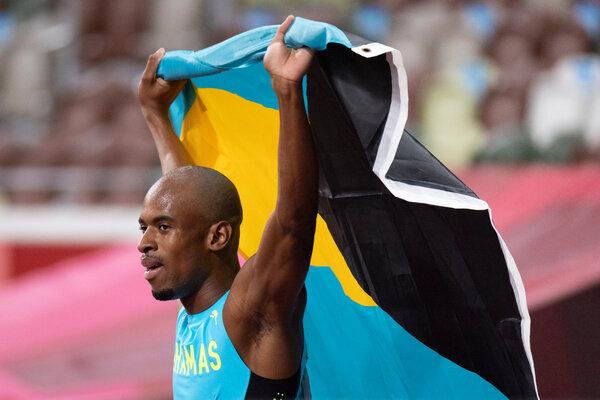 TOKYO — Steven Gardiner of the Bahamas emerged from a crowded pack to win the gold in the men’s 400 meters. Gardiner, who finished in 43.85 seconds, was challenged by Anthony Jose Zambrano of Colombia, who finished second, and Kirani James of Grenada in third. It was James’s third straight Olympic medal in the event: He won the gold in 2012 and the silver in 2016. Grenada has three Olympic medals in the country’s history, and they all belong to James.