The 22-year-old was involved in an off-the-ball incident with Scott McKenna, as he reacted to a barge from the Scottish defender outside the box. 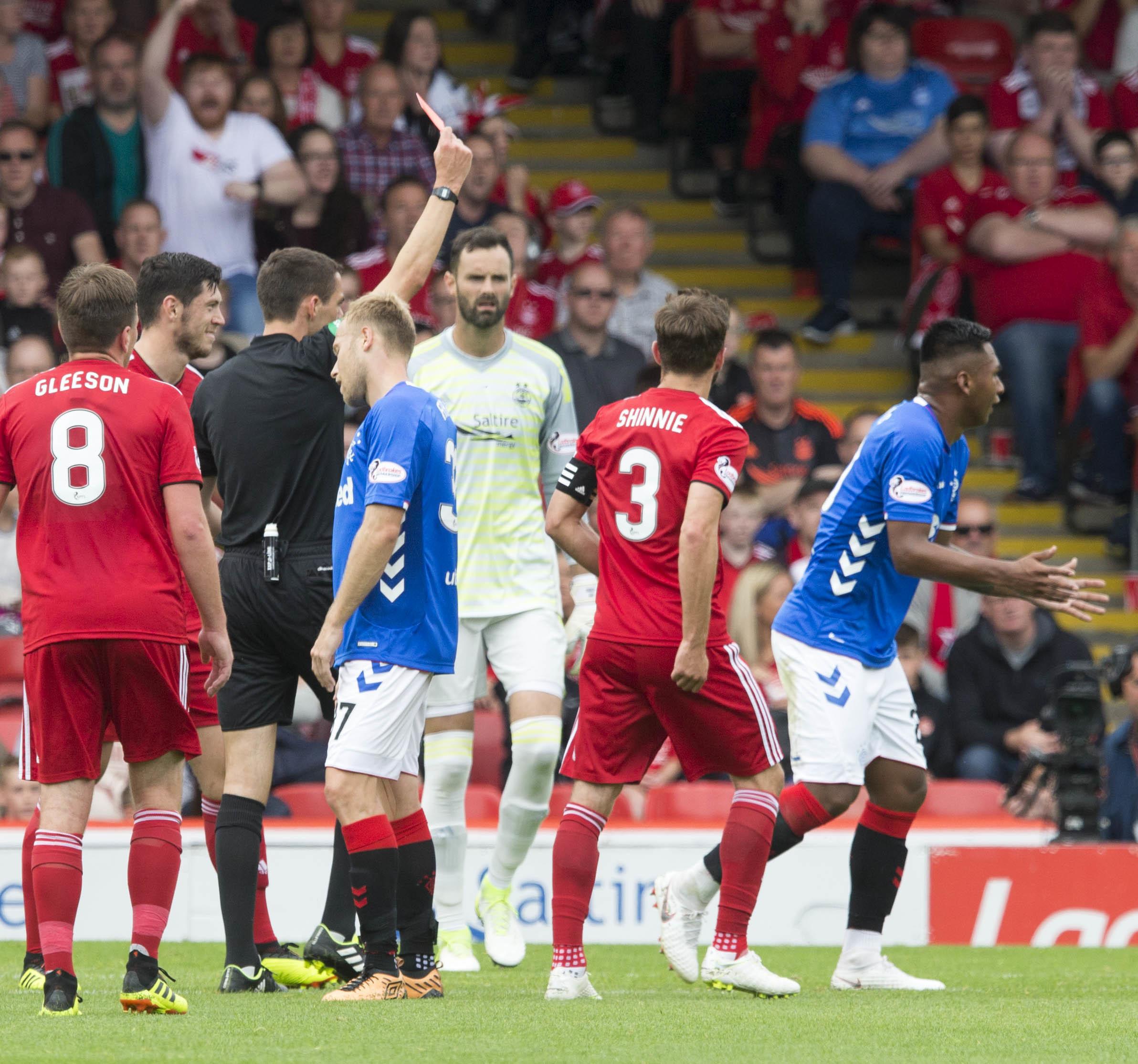 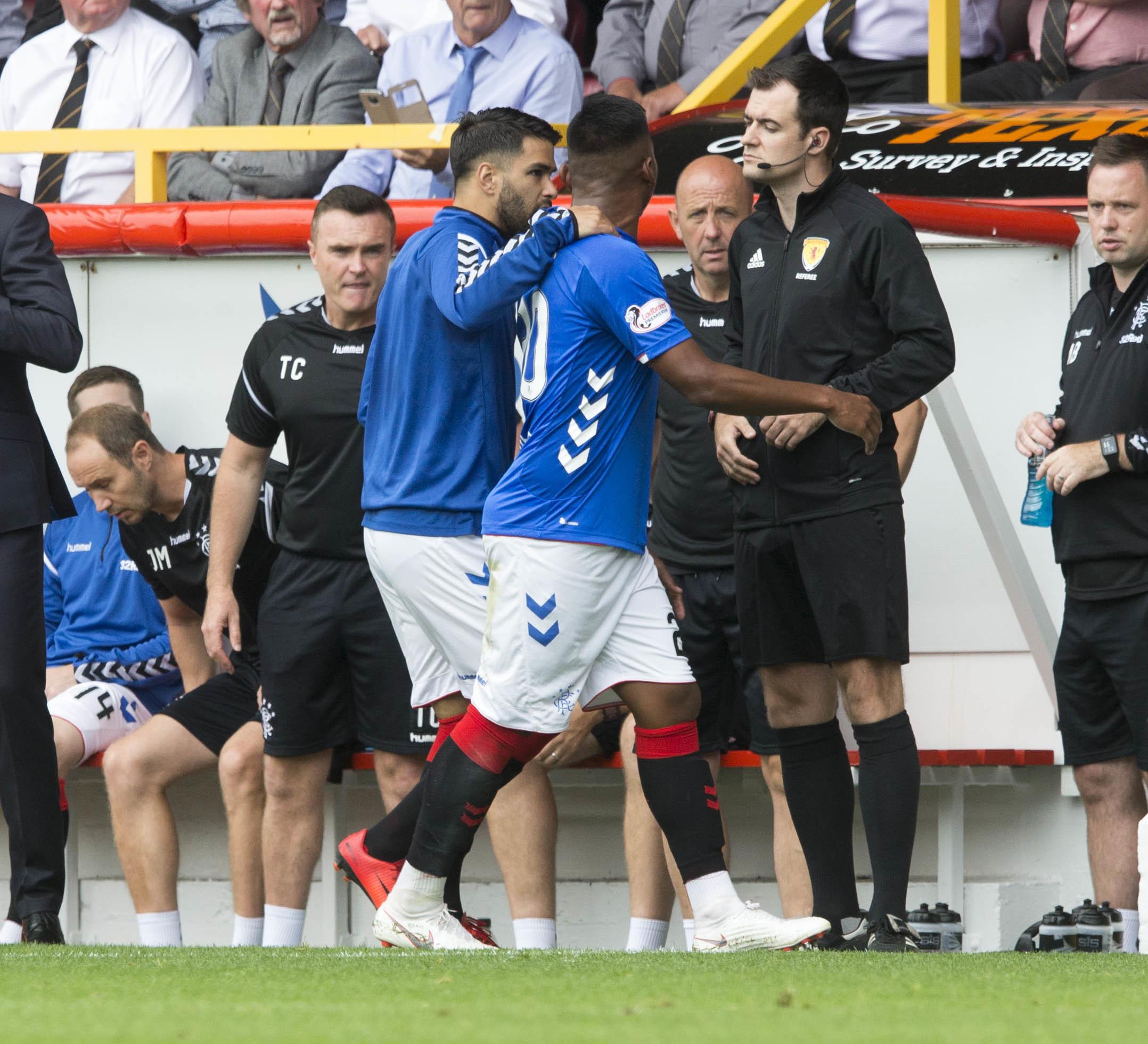 Morelos reacted by kicking him in the shin, but his actions appeared to only warrant a yellow card at best.

Rangers fans were left furious with the incident, with many believing the sending off was too harsh.

New boss Steven Gerrard could hardly believe his luck just minutes into his first game in charge in the Scottish Premiership.

But his mood soon changed after James Tavernier netted in the 30th minute from the penalty spot to fire the Ibrox outfit in front following a handball from Dominic Ball. 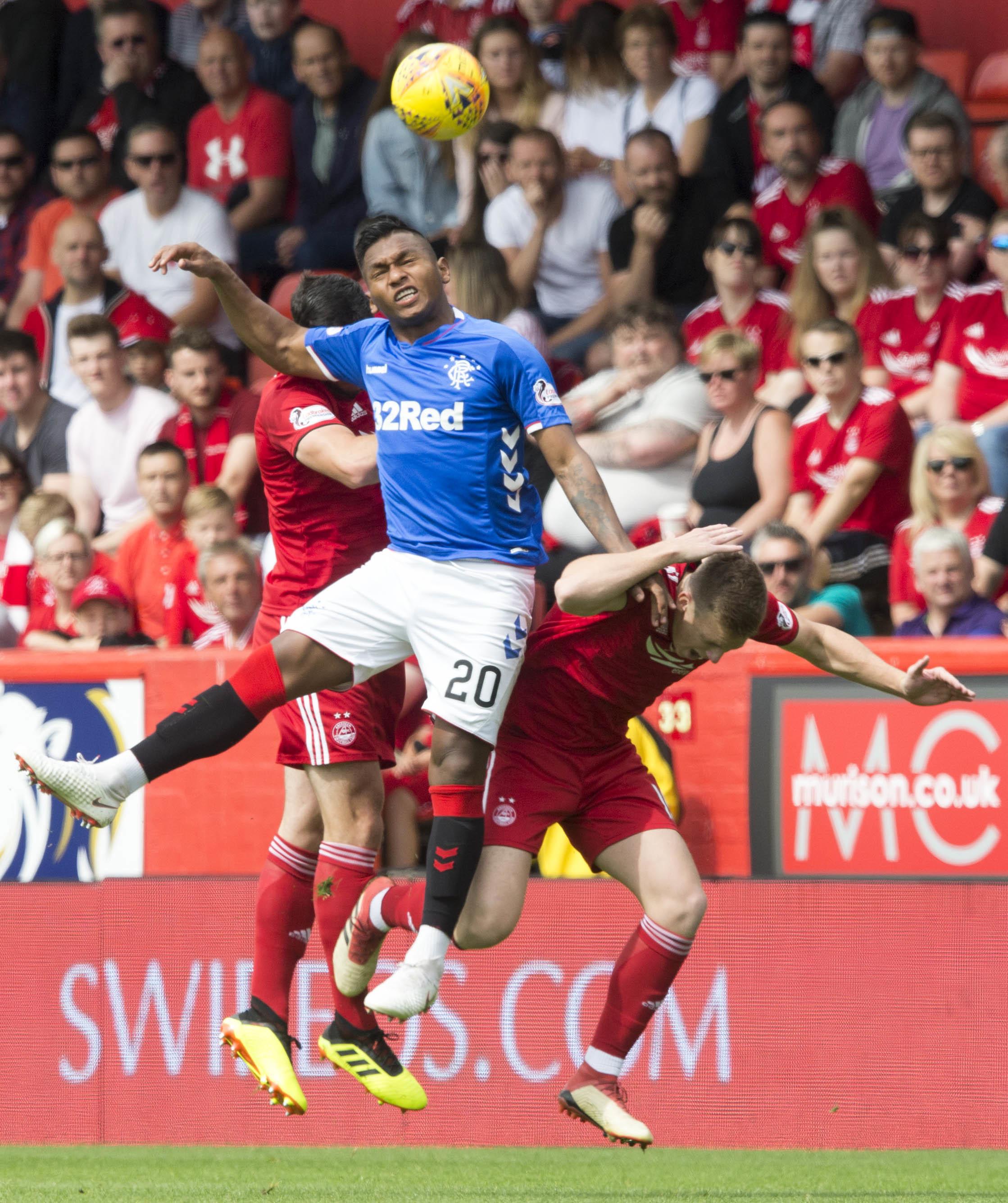 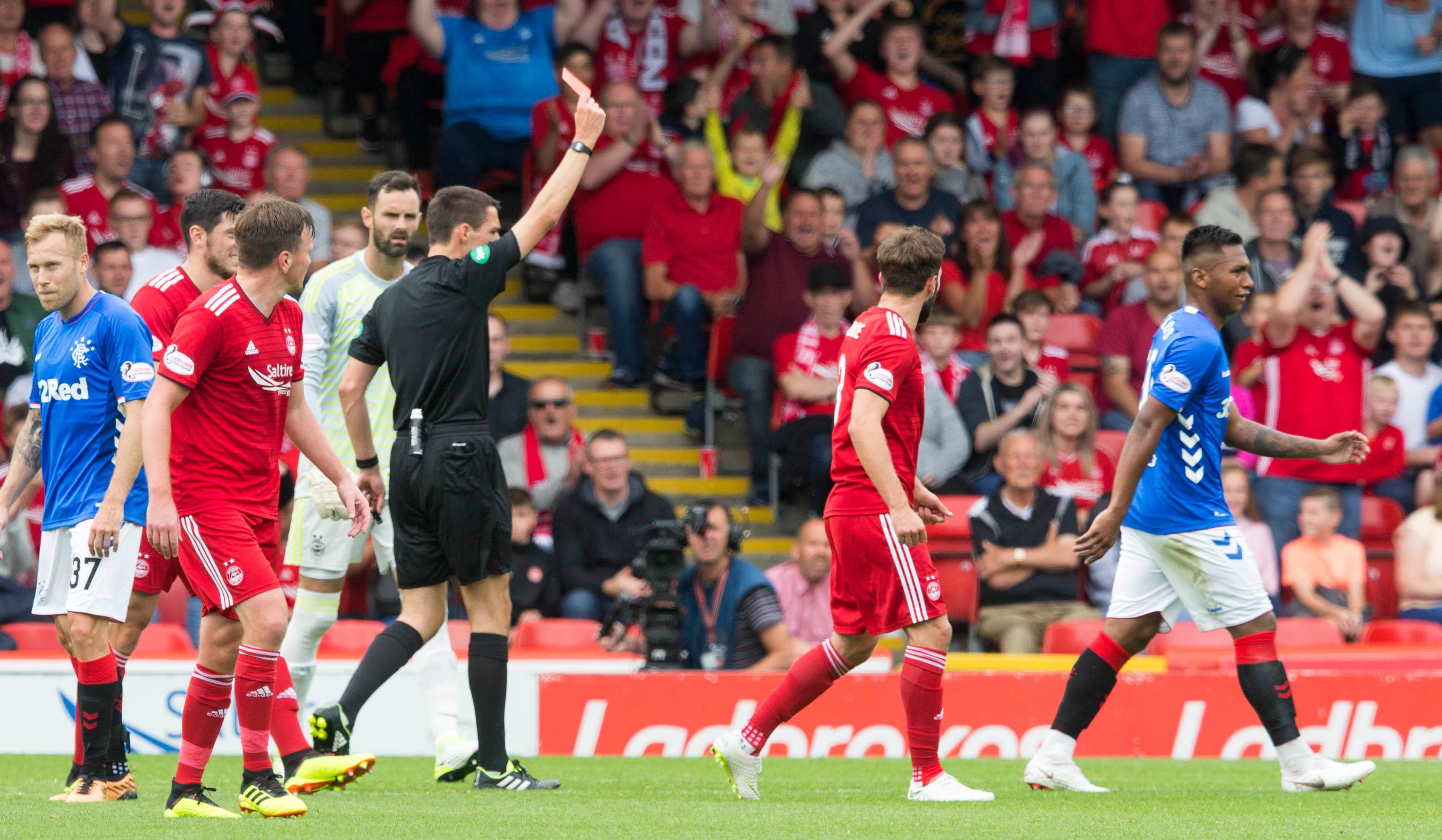 But his spot-kick wasn't the major talking point of the first half, with supporters in disbelief how referee Kevin Clancy gave Moreles his marching orders.

One fan tweeted: "Silly kick by Morelos for the sending off. Very harsh red card.

"However, how on earth did Scott McKenna not get anything for two blatant off-the-ball barges, which the Colombian reacted to. Strange decisions."

While another said: "For Kevin Clancy to send off Morelos is glaring incompetence, to not send Dom Ball off has to be considered cheating surely."

Former Celtic ace Kris Commons told Sky Sports the player has only himself to blame.

He said: "It's 10 minutes into a game, they've got off to the perfect start in terms of possession, but it's his lack of knowledge about who's watching him on the big stage.

"It's a very harsh red card, but it's the position he continues to put himself into which gives the officials the opportunity to give it."

Here are some tweets from fans defending Morelos…