Referee Lee Mason had awarded the hosts a corner on the brink of the 45-minute mark. 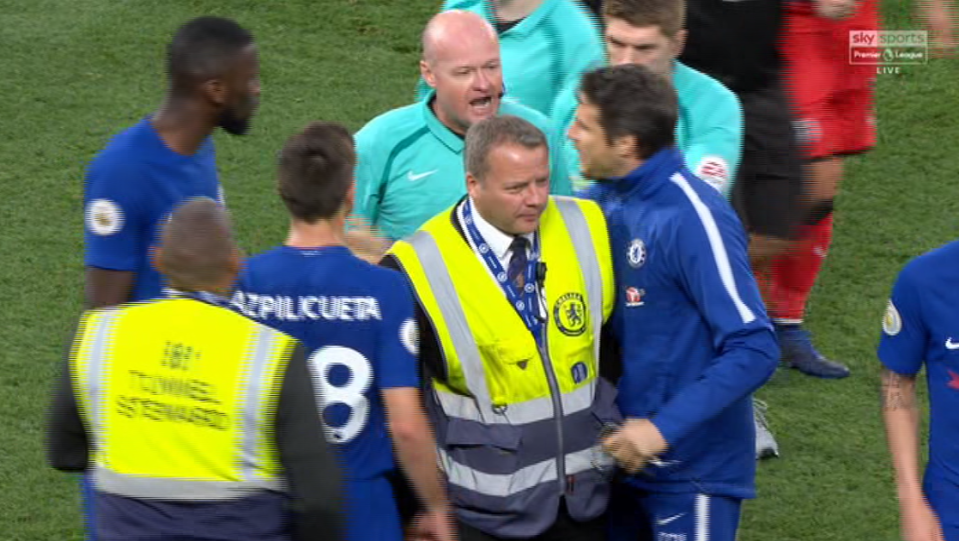 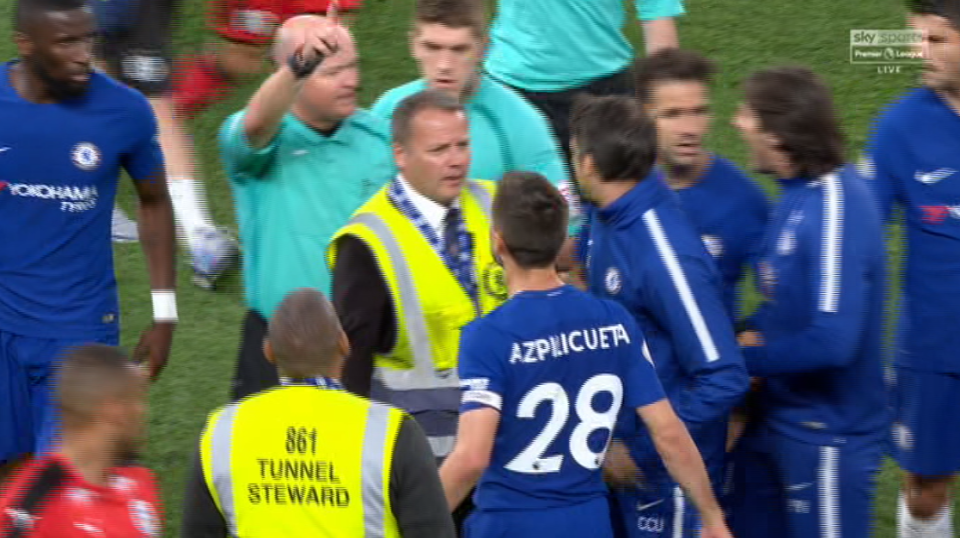 But instead of allowing them to take it, the ref signalled for the interval.

That prompted a number of irate Blues players to get in the face of the officials.

Several safety workers – among them the chief steward – then took to the pitch to protect the men in the middle. 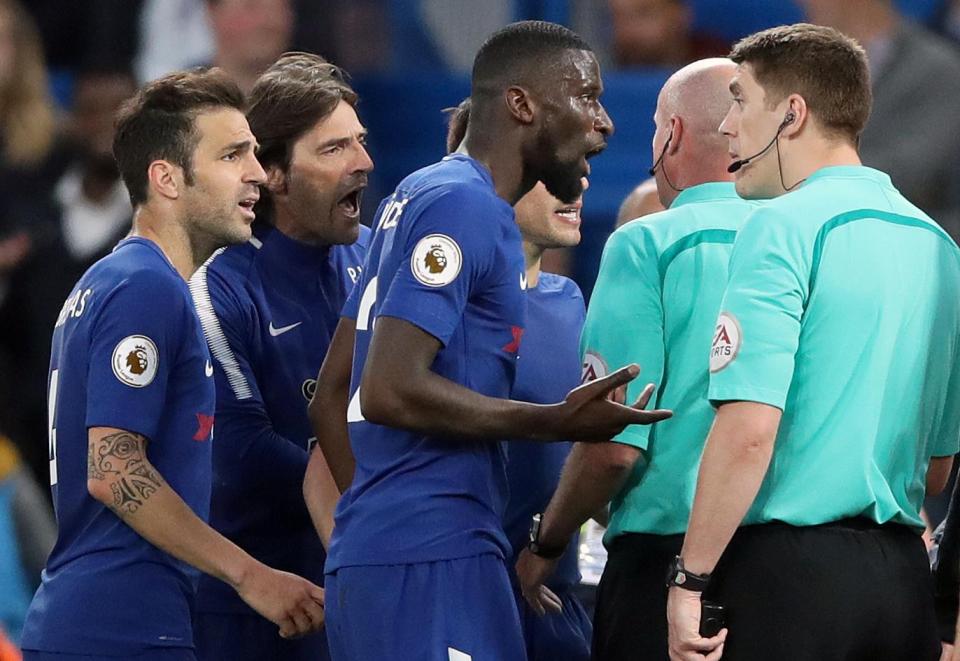 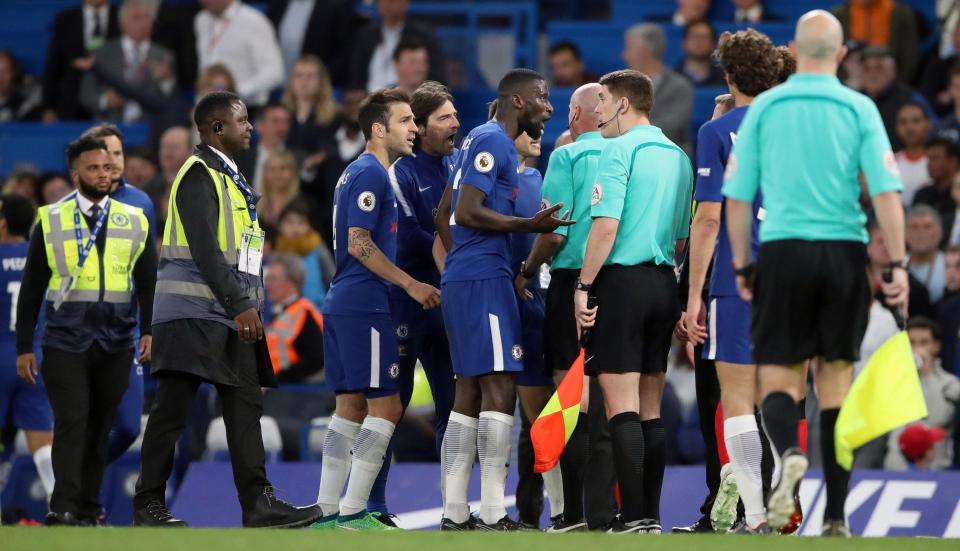 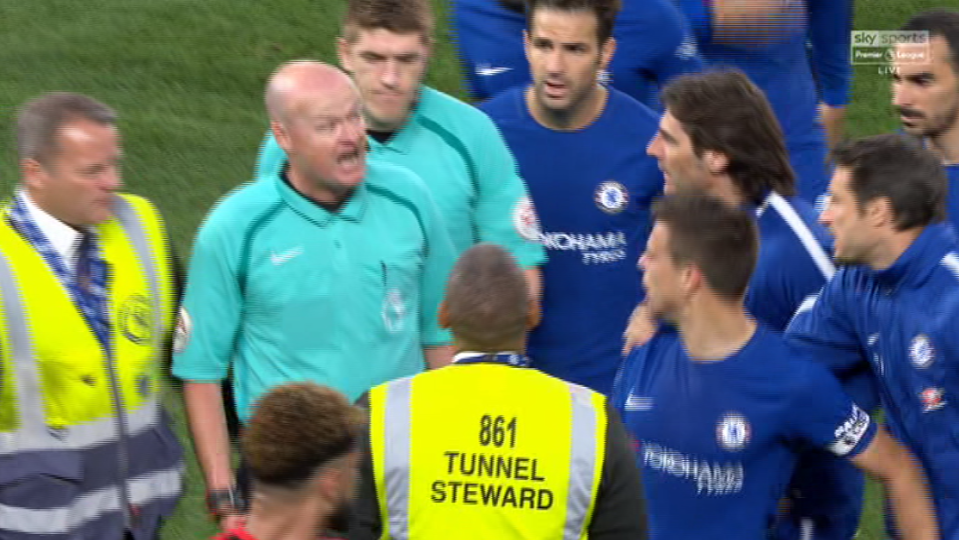 Some fans called for the Football Association to charge the Chelsea players.

One viewer wrote on social media: "Chelsea failing to control their players and staff harassing the ref. Will the FA do owt [sic] about it… doubt it."

Another fan said: "I'm a big fan of swearing at refs, but when they need stewards to protect them from players and managers, it's time to take punitive action against the club."

One tweeted: "I'd have booked every one of the Chelsea players that approached me if I was a ref." 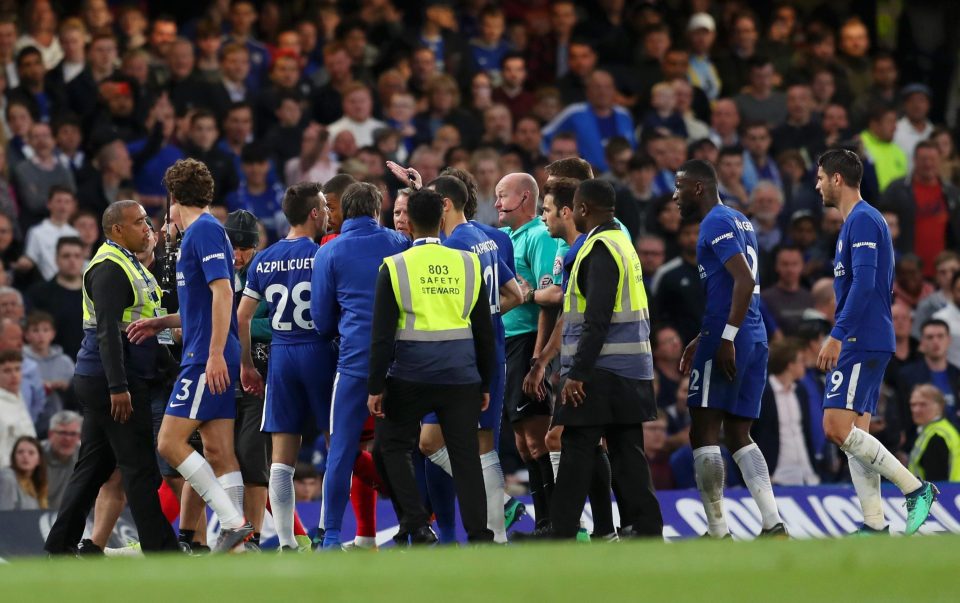 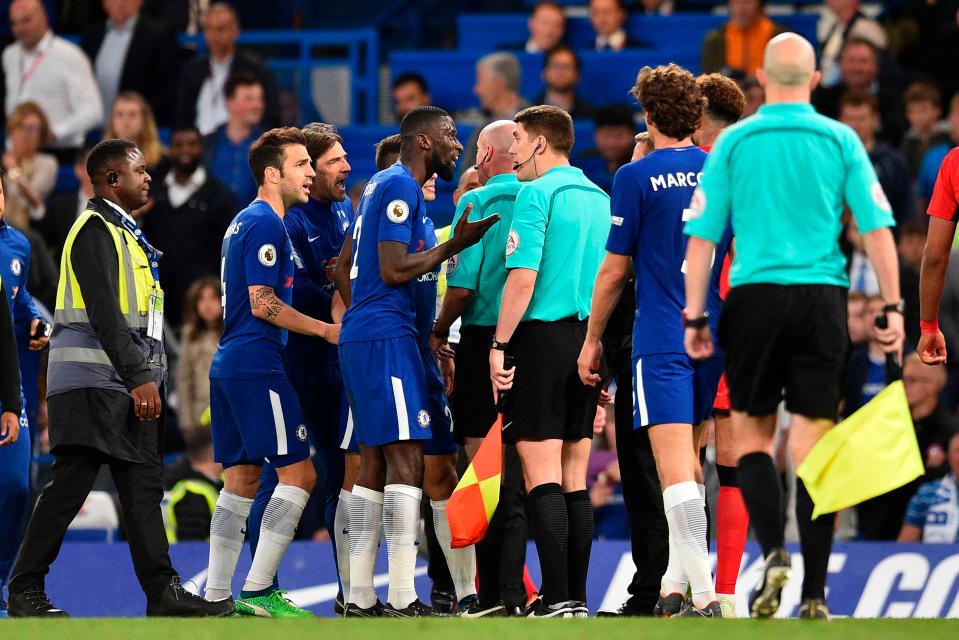 Another said: "Just seen the reactions from the plastic Chelsea players and staff when the ref blew his whistle for half-time. What a disgraceful bunch of toy soldiers the lot of them. @FA need to charge the lot of them.

A fellow user posted: "45 minutes huffing and puffing, hardly having an attempt on goal and then 5 players and staff around the ref cos he blows for half-time at a corner? Really? Sort yourselves out Chelsea! Poor form that!"