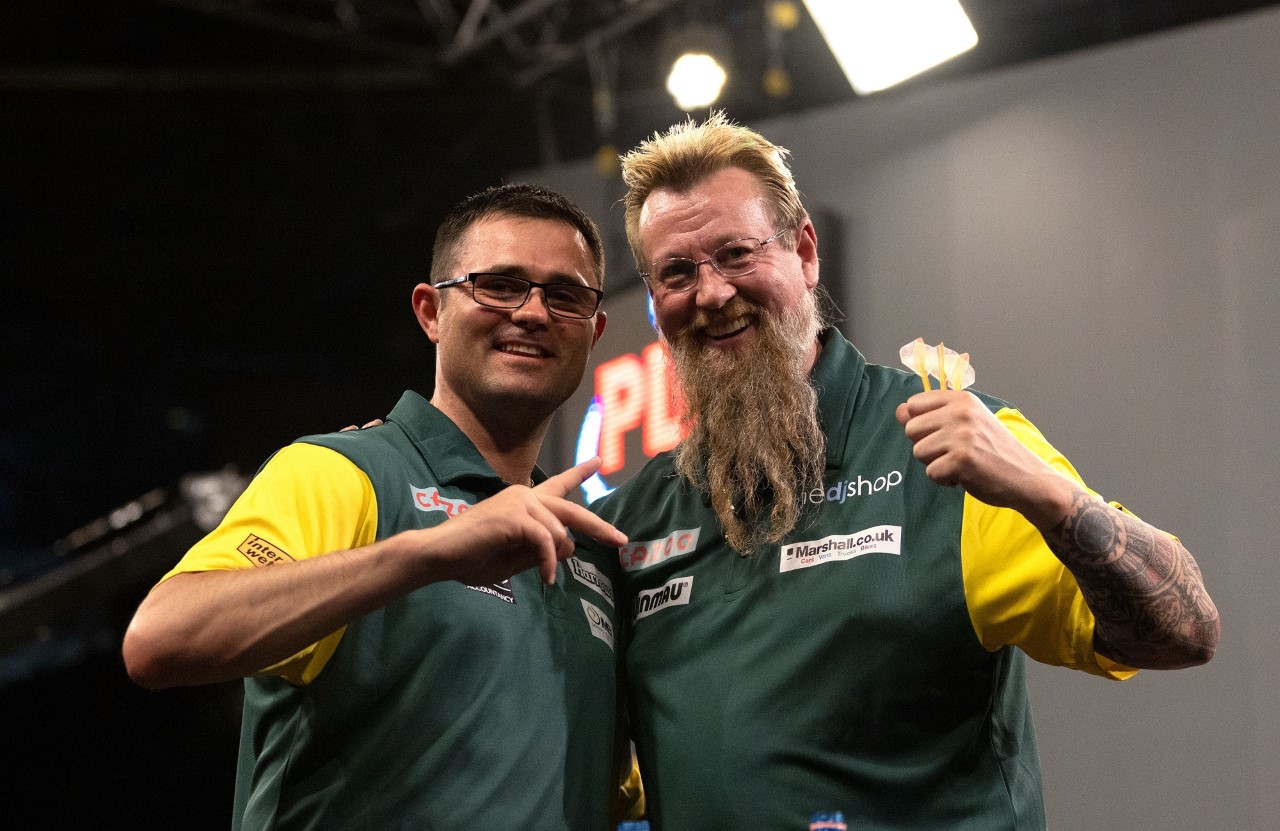 Simon Whitlock has tipped Damon Heta to be the next world champion after the Australian pair beat Wales to win the World Cup of Darts for the first time.

The Aussie pair downed tournament favourites Gerwyn Price and Jonny Clayton 3-1 in the final, having picked up impressive wins earlier on Sunday over England in the semis and Belgium in the quarters.

Whitlock has been an ever-present since the first PDC World Cup of Darts in 2010, famously losing a nail-biting final to England back in 2012 and he has finally got his hands on the trophy.

The Wizard was full of praise for Heta but also had an emotional word for former World Cup partner Kyle Anderson who tragically died last year.

‘It’s life-changing, I’ve dreamt about this moment my entire life and I’ve finally got there and to do it with a good pal and a great dart player.

‘I wish I’d done it with Kyle before, but Kyle’s not around anymore and Damon’s taken the responsibility. He’s amazing, I love this guy, he’s the best player on the planet right now.’

He added: ‘I was thinking about Kyle the whole time we played. We miss him, he was a great guy and a great dart player.’