Melbourne Storm boss Dave Donaghy is counting on the return of coach Craig Bellamy to resolve a contract stalemate with Cameron Smith following reports the skipper is demanding a two-year deal.

Bellamy and long-time football manager Frank Ponissi are due back at work next week after a post-season fact-finding mission in the UK and Europe. 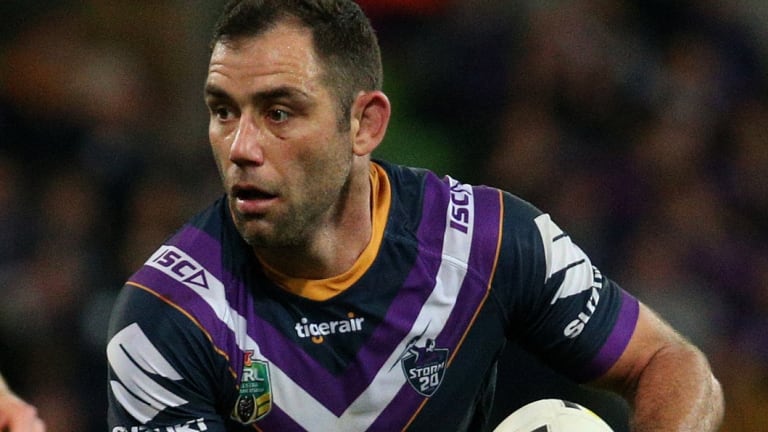 Donaghy said 35-year-old Smith, who was initially seeking a one-year deal which would see him surge pass the 400-game mark, wasn't holding the Storm to ransom with the extension but added the NRL club wouldn't be walked over.

"It's not a case as if Cam's walked in and said 'I want two years or I'm walking out'," Donaghy told SEN.

"It's also not a case that we've said, 'Here's two years and would you like a foot rub as well'.

"For us it's about ensuring the decisions we make into the future are in the best interests of the football club and collectively we all understand that."

Donaghy said the club would consider the longer deal if it "worked for everyone".

He said the club needed to balance the value of their ageing great and the financial worth of young stars.

"There's many factors that go into decision making around signing a player, whether it's a one-year, two-year, three-year deal, you've got to weigh up our list balance and salary cap," Donaghy said.

"The reality is you pay players on what they're delivering into the future, not what they've delivered.

"If everything is stacked up and it was a deal which worked for everyone and physically, mentally, Cameron was in a position that he was absolutely confident to continue at the age of 37, we would certainly give it strong consideration."

Smith isn't due back at training until early January, while as well as Bellamy and Ponissi, Donaghy has also been overseas.

Signing a three-year deal in July to remain head coach for a remarkable 19 years, Bellamy will no doubt have the final say on his roster.

"It's been challenging just by matter of circumstance and logistics," Donaghy said.

"Craig and Frank are in the air flying back in from Europe so it's been challenging finding a time for everyone to sit down and talk the future through but that will happen sooner rather than later."

Donaghy admitted the Storm were still to complete a deal with star five-eighth Cameron Munster but insisted the outcome of the Smith contract wasn't related.