Melbourne Storm star Cameron Munster says there is no reason why captain Cameron Smith couldn’t play for two more seasons and beyond.

Munster and his club finally made official their long-agreed extension on Thursday with the Australian and Queensland playmaker signed up until the end of 2023. 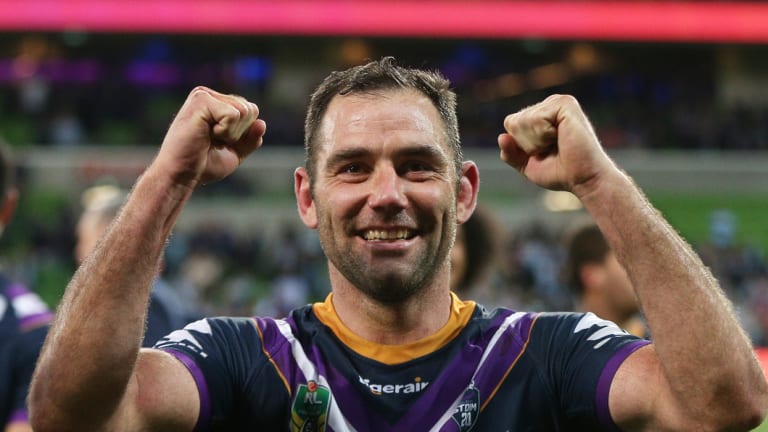 Storm skipper Cameron Smith is yet to re-sign with the club.Credit:AAP

But Smith remains unsigned, although Munster said he believed the two parties had agreed on some key issues and that made him confident his captain would be back in a Storm jersey for 2019.

Smith is on an extended holiday and not expected to return to pre-season training until January.

“I’m fairly sure both parties have agreed to some stuff. He has gone away with his family to the States so when he comes back he will finalise everything with the club.

“I’m not really focused on that because I know what Smithy is like, I know what he brings to the team.

“If he is there in January then everyone will be happy for him to be there, if he is not then I guess everyone just has to move on with everything, focus on themselves and what we can do in 2019.”

Munster added he backed Smith to play for as long as he wanted.

“Smithy can probably play until he is 50 to be honest with you, the only big injury he has ever had is a high ankle sprain so for all the tackles he makes in the middle, he has done pretty well.”