There is barely anything in the world more selfish than a newborn baby. Granted, they are not without their tricks: so cute and cuddly, with a smell on the top of their head that is hard not to kiss.

But, understandably, they have no ability yet to care for or even comprehend the needs of others, they’re often and justifiably terrified, and they are completely dependent on the goodwill of others to survive.

An 18-year-old draftee has the same sort of understandable selfishness as a newborn.  His initial desire is more about getting a first game rather than the premiership; that craving will come later. He's often scared and needs the physical protection of others. The breadth of view necessary to understand the needs and importance of all the different club stakeholders does not yet exist. 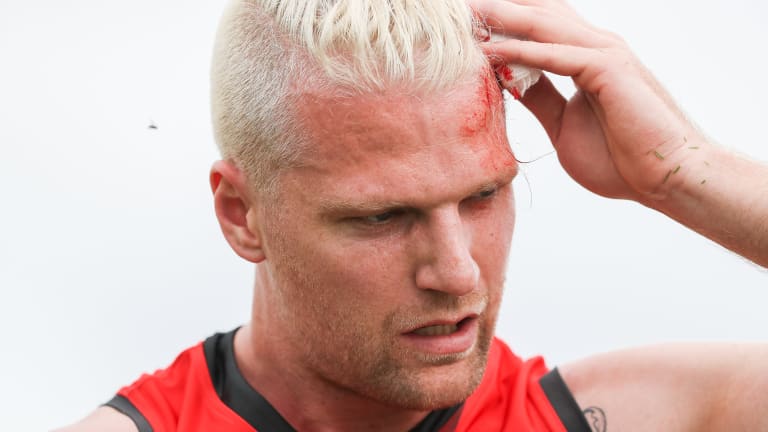 After a year or two, he grows into football’s version of the cocky adolescent. He's unpredictable. He's capable of brilliance, but also of selfish mistakes, while often surprising even himself with his new-found strength.

Next comes football’s version of adulthood, where he's able to drive others, sacrifice the moment for the future, and understand that the club is bigger than merely the players and the coaches. If he is of outstanding character, gifted with huge ability, plays long enough and is in a good enough system, he might even find football’s version of enlightenment (I’m looking at you, Shaun Burgoyne).

Unfortunately for Essendon, Jake Stringer looks like he’s stuck in the adolescent phase. I try to avoid the “pile on” dynamic of AFL media towards any story that fits the “if it bleeds it leads” category. But Essendon and Stringer will be the story this week, and Jake should expect that after laying only four tackles in his past three games, and generally quiet performances, it will be his turn to take some heat.

I'm thinking not just about his refusal to make sacrificial leads, creating space for others, and his unwillingness to pressure the opposition, but specifically about two acts late in the game.

The first happened with 6:12 left on the clock in the last quarter when Mark Baguley courageously marked a high ball about 55 metres out from Essendon’s goal. He went back, looking for an option, only for Stringer to sprint away from Essendon’s goal and call for a handball while going to his left foot surrounded by many Carlton players who could apply pressure on him.

When he didn't receive the handball, Stringer’s immediate opponent rightly sagged off him, creating an extra spare in Essendon’s forward 50, making it even harder for Baguley to hit a target.

Only a few minutes later, Darcy Parish marked within what looked to be kicking range, only to have Stringer run past for a handball, which he received before putting the ball out on the full.

Couple the way he is playing with the pre-season peroxided blond hair cut,  the fact that he forgot his match-day pass in round one and felt the need share the experience on social media pre-game. Consider the difference between what he says about wanting to spend more time in the midfield and the lack of transformation in his body shape to allowing that.

It all speaks of a player who is desperate for attention (as teenagers often are), but is currently unwilling to put in the work, and sacrifice enough of the “present” to earn positive attention from productive on-field actions.

I suspect Stringer will be dropped this week. As Essendon are no longer in finals contention, it becomes a reasonably simple time to focus on decisions around principle as opposed to the shorter-term needs of winning a match.

Some will say that Stringer is lucky because he was born with natural athletic ability. I’d say he’s unlucky, because he's going to have to earn his maturity instead of it evolving naturally like it does for most.

If he can avoid being defensive about feedback, start to cultivate genuine care for the needs of others and his club, and look to players close by like Devon Smith, who is firmly entrenched as the type of footballing “adult” you need to become to achieve premiership success, then he may yet not retire as another Peter Pan.