It's over: Super Rugby is dead and Australia should go it alone

Once upon a time when Australians were interested in Super Rugby, the Joe Moody-Kurtley Beale incident would have been a big story.

Now it's just a metaphor for the competition: an Australian cops one off the ball, Australians complain and Australians get told to suck it up.

And it's not much more than that. This competition is dead in Australia. Finito. Over. The golden goose became a turkey and it's now a dodo. 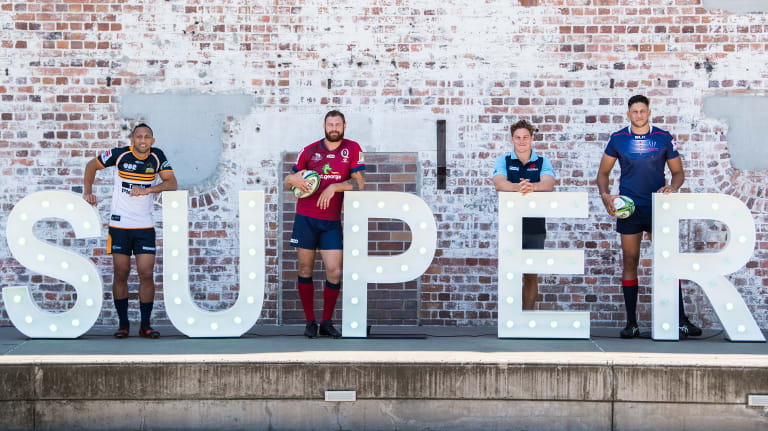 For months I have have been weighing up whether to write that, which was once unthinkable. But as I swayed one way and the other it dawned on me that I was completely missing the point.

A grand total of 48,000 viewers watched the Waratahs v Crusaders game on Saturday on Fox Sports, according to MediaWeek.

​This is what a crisis looks like. Super Netball, with its FTA deal, gets twice as many eyeballs.

And half of Super Rugby's viewers are probably Kiwi expats. We can guess that because the Blues v Hurricanes game on Friday, at 5.30pm, pulled in more than 50k.

Indeed, based on my understanding of Super Rugby pay TV audiences in the UK, there may be more watching the Sky Sport UK broadcasts than Wallabies fans in Australia.

The Brumbies v Rebels game, on at the prime time 7.30pm slot, attracted 44k on Fox Sports and fewer than 6000 in person. How many will turn up in Canberra to watch the Brumbies play the Sunwolves in July?

Therefore, it is not a case of even wanting to stay in Super Rugby, Australia just can't afford to.

And SANZAAR can't do anything about it. A jointly controlled organisation is no match for rugby's rival codes. It is as powerless to stop them muscling into rugby territory as it is stopping the weak rand that sends so many South Africans to Europe.

Australia must regain total control of its own future to even stand a chance of getting itself out of this mess.

It needs to rap on the door of Channel 10 and say: "You need content and we have an untapped demand [which I believe still exists] so let's shut the door and not open it until we can do something about both."

If Australia goes it alone, it will create winners again. In a 10-team national competition, five sets of fans get to go home happy every week. Do not underestimate what that would do. Even better, they would get to watch their side in time slots that suit humans, not possums.

There will be worries about the quality of such a product. And they would be justified. Recently we wrote that improving the quality of Australian rugby will be a slow process. In a national competition there would be some games praised as wonderful that are, in truth, less than that.

But it would not matter. Indeed the preferred status of the sports fan is blissful ignorance, wilful self-delusion. The NRL runs on the stuff. It is the feelgood fuel that gets Blues fans back to Origin every year and would get more than 55,000 to turn up to watch a Bledisloe in Sydney.

Put simply, Australian rugby fans want to feel nice again. Is it too much to ask?

People ask me about Rugby Australia's appetite for such drastic change.

Two weeks ago, Raelene Castle said the key thing for any new competition would be that it "has uncertainty of outcome".

Does that sound like an endorsement for Super Rugby, or even a trans-Tasman competition with the latest count at 39-0 to the Kiwis?

Also, this may be one of those times when the appetite within Rugby Australia can be shaped by your appetite.

So get in touch. Castle is quietly building a reputation as someone who fronts up and actually listens. She's easily found on social media. Tell her what you want. Start a conversation. Do you want in or out?

In fact, the most important part of her job right now is listening. When it comes to Super Rugby goes she has to judge if the music has stopped.

And all I'm hearing is the faint, final few bars of The Party's Over.