Elina Svitolina and Karolina Pliskova have each taken another step in their quests to ditch the unwanted tag of "best current female player yet to win a major" with second-round triumphs at the Australian Open. 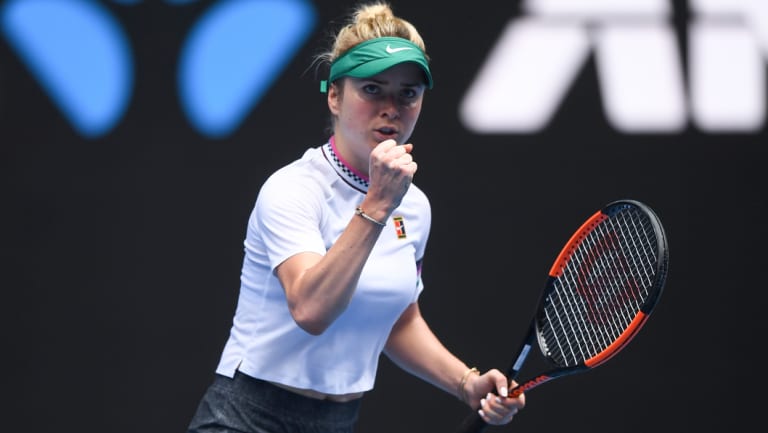 Svitolina has never been beyond the quarter-finals at grand slam level in 25 previous attempts, but shapes as a genuine contender at Melbourne Park, especially after her unbeaten run to victory at the WTA Finals in Singapore late last year.

"I was playing great tennis there, it gave me lots of confidence and I took lots of good stuff from that," said the 24-year-old.

"It was great for me.

"It's tough to predict the future, but it definitely can bring me good opportunities, give me a good chance to play well.

"But no one is going to give me free matches.

"I still have to work here and I'm up for the challenge."

Supporting Svitolina from her courtside box on Thursday was new boyfriend Gael Monfils.

The French showman's playing reputation as a largely unfulfilled talent should provide a cautionary tale for Svitolina as she seeks to deliver on her promise as a genuine grand slam contender. 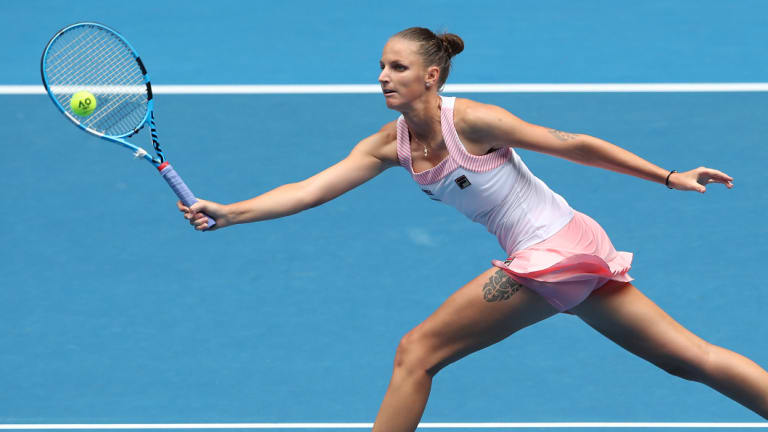 Karolina Pliskova fought back from a set down against Madison Brengle.Credit:AAP

Joining Svitolina in the third round was Pliskova, who overcame a first-set blip to oust Brengle.

The Czech has reached the last eight at each of the past two Australian Opens and also lost the 2016 US Open final to Angelique Kerber.