Southampton, with their preparations disrupted by the threat of a virus before they changed hotels, are almost in the clear. 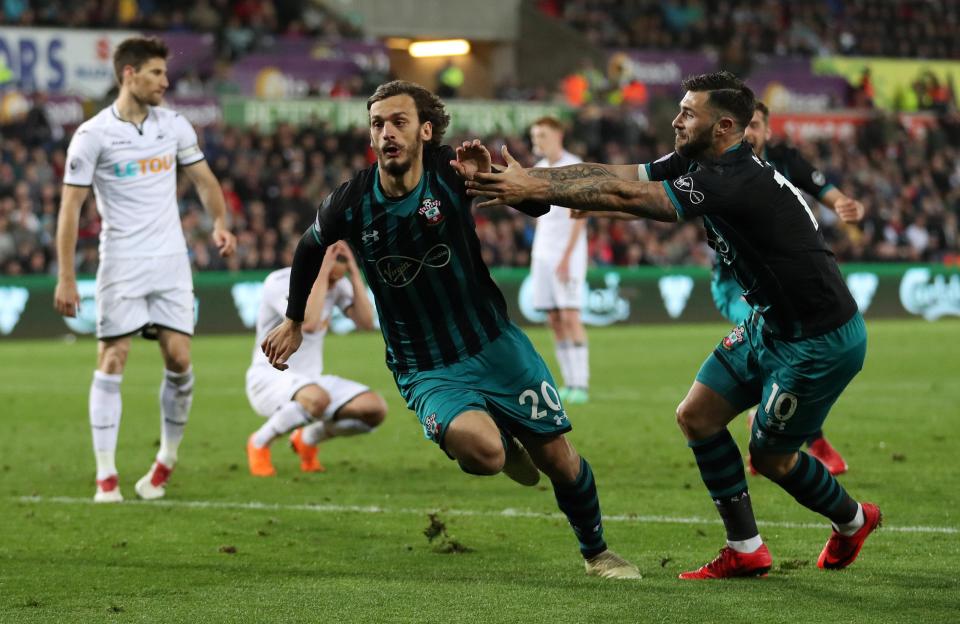 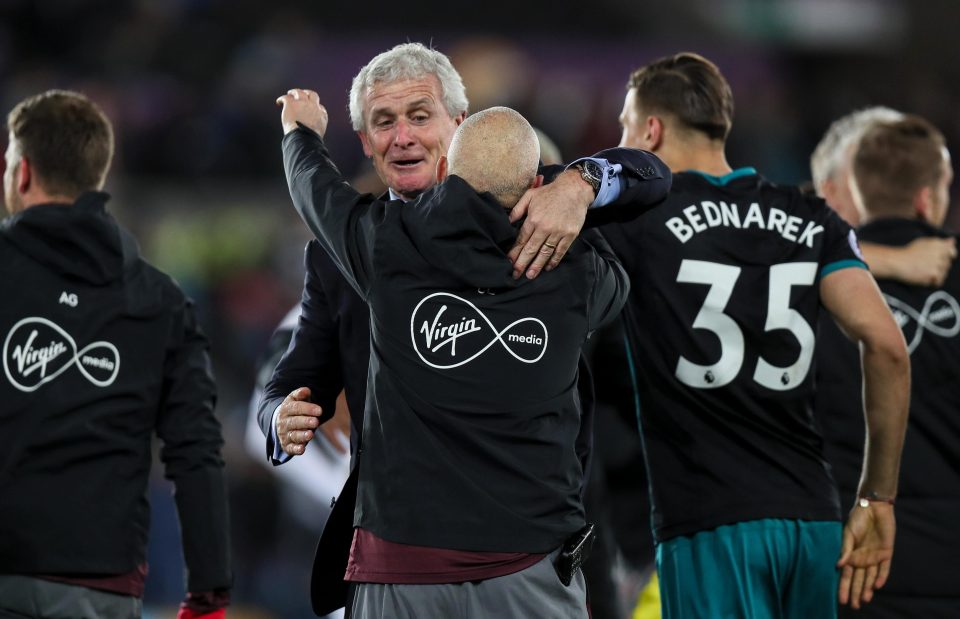 Their spirit is contagious.

It is catching on at Southampton because Manolo Gabbiadini, thrown on as a substitute by Mark Hughes, won this survival special after 72 minutes.

This win, the second in their last three super-tense fixtures for Saints, takes them clear of Swansea. 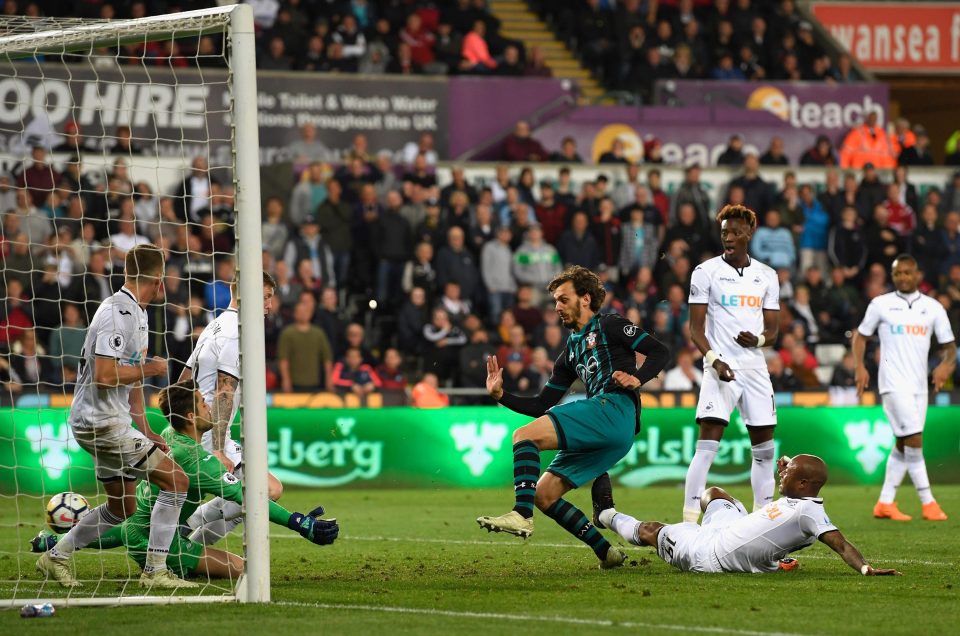 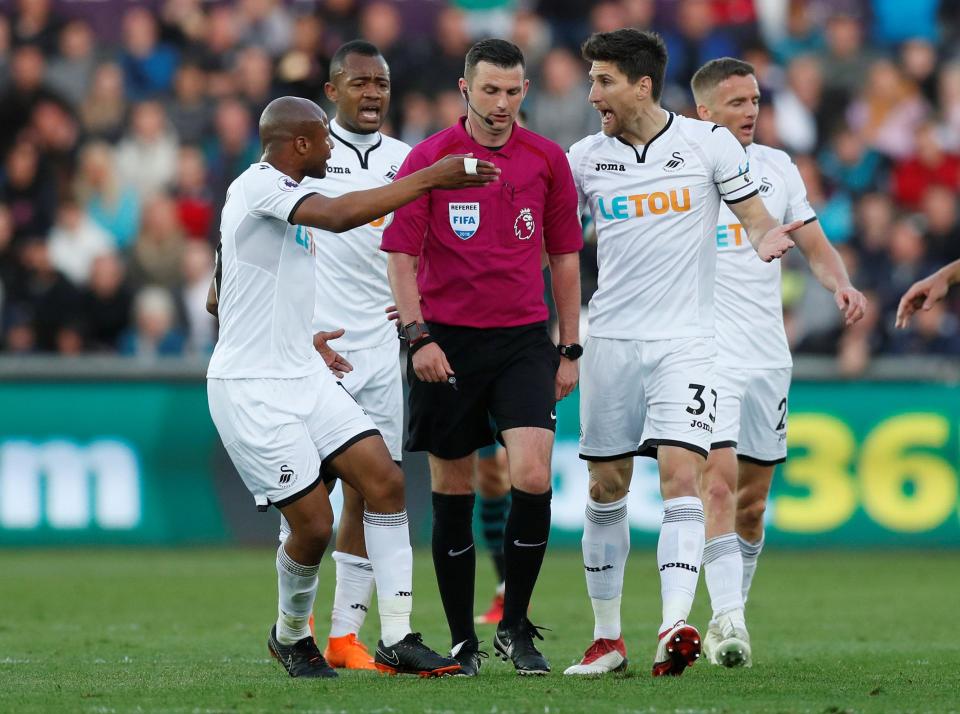 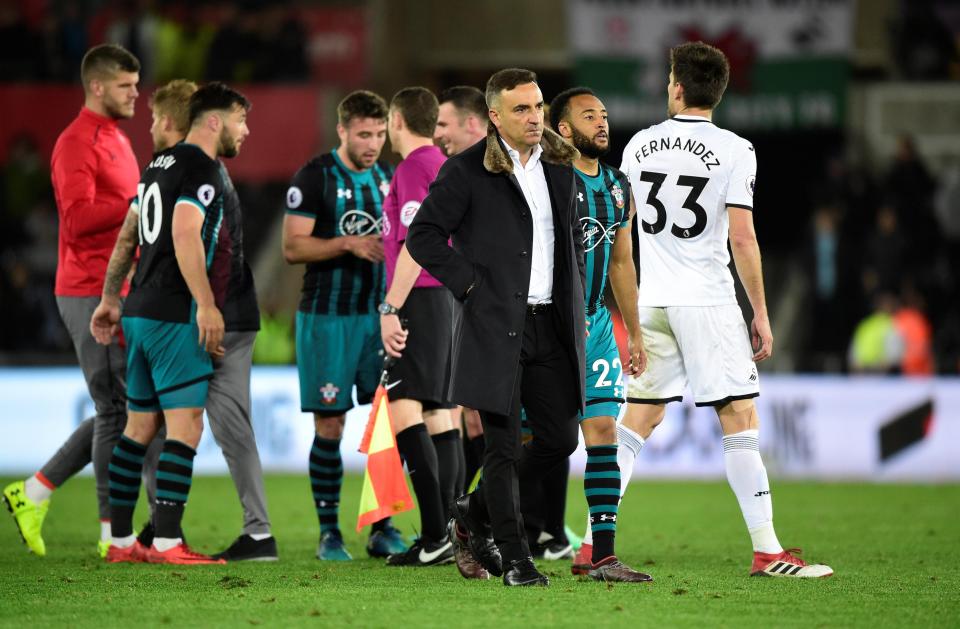 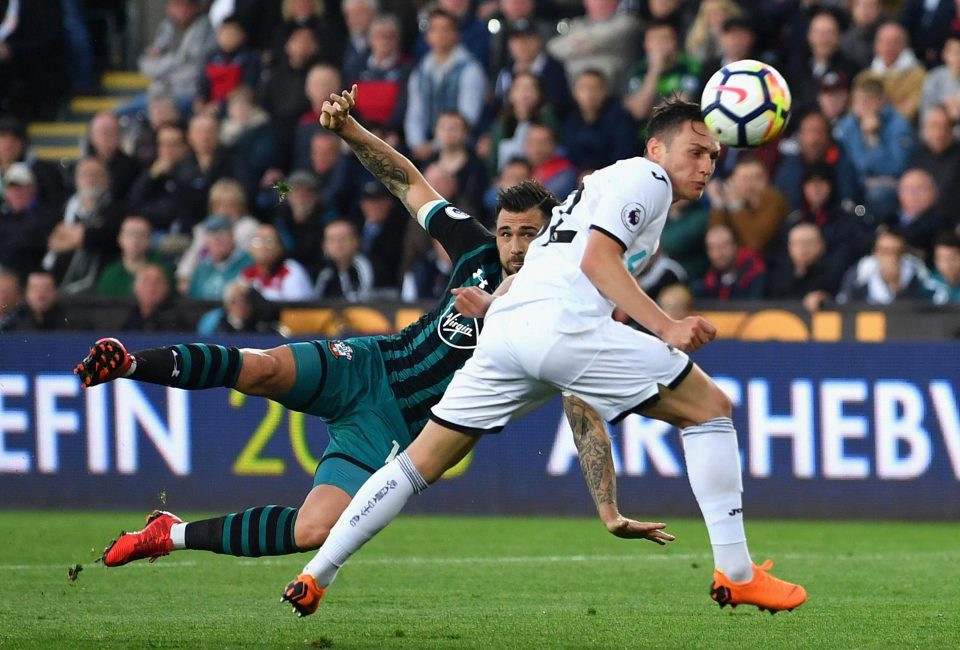 Gabbiadini got it, his fourth of a hugely frustrating season after Sparky took off Jan Bednarek 20 minutes from time.

His goal, stabbed in beyond Swansea keeper Lukasz Fabianski, is surely the biggest goal in their Premier League history.

ROO.S.A Wayne Rooney in talks with MLS side DC United over summer move

It means they are in with a chance, a good chance, of escaping the drop when they face Manchester City on the final day.

The fans know that too.

It was bedlam behind Fabianski’s goal, with fans rushing up and down stairwells and jumping out of their seats to celebrate.

This was one of those intoxicating nights.

Swansea look done for, with the spirit and the energy and the resilience built up over the years sliding away from them.

They know what comes next. 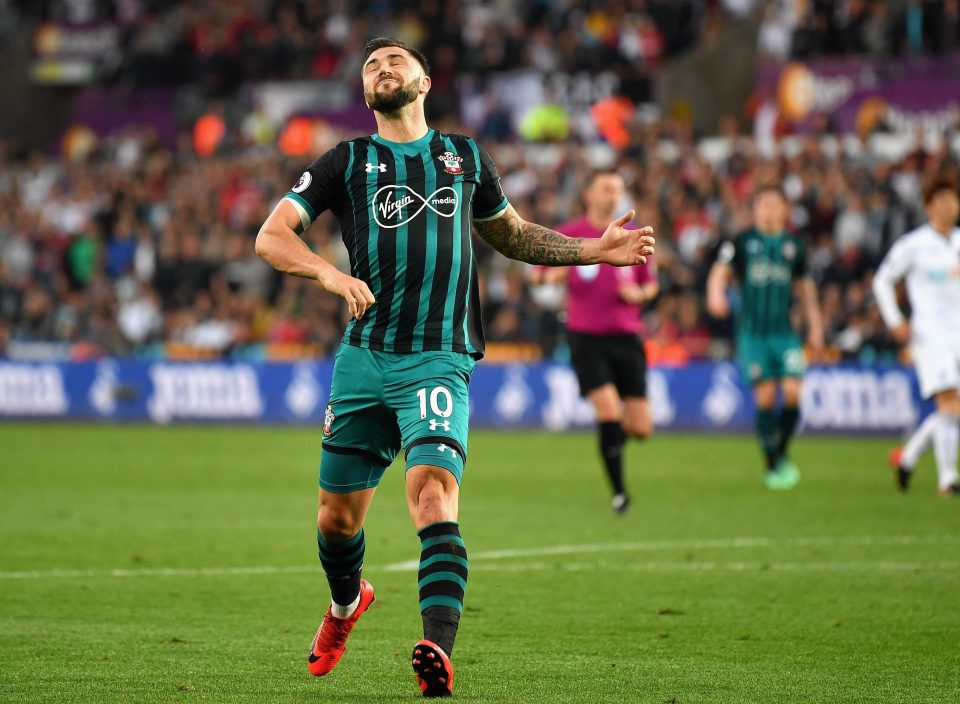 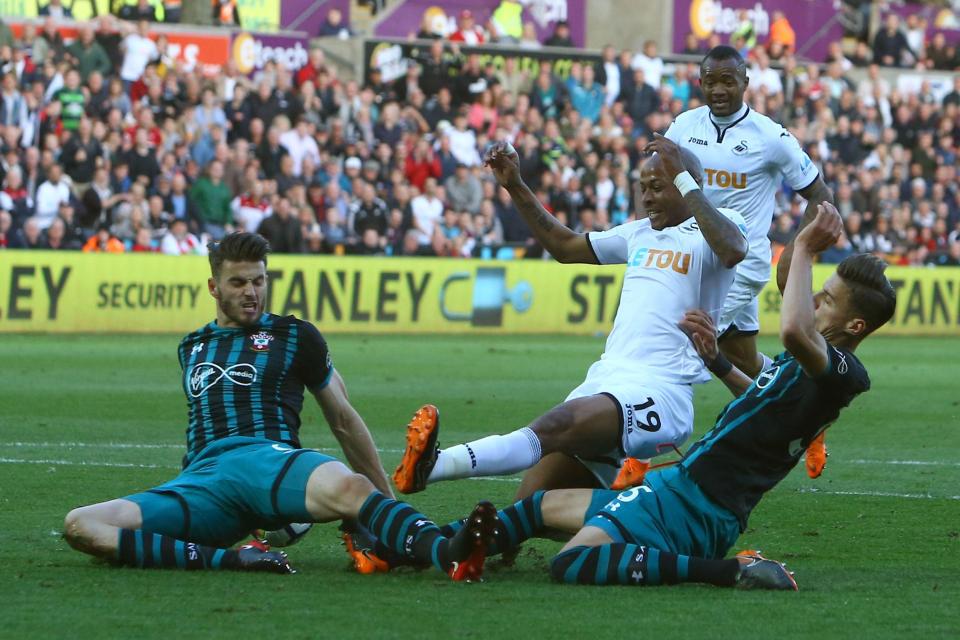 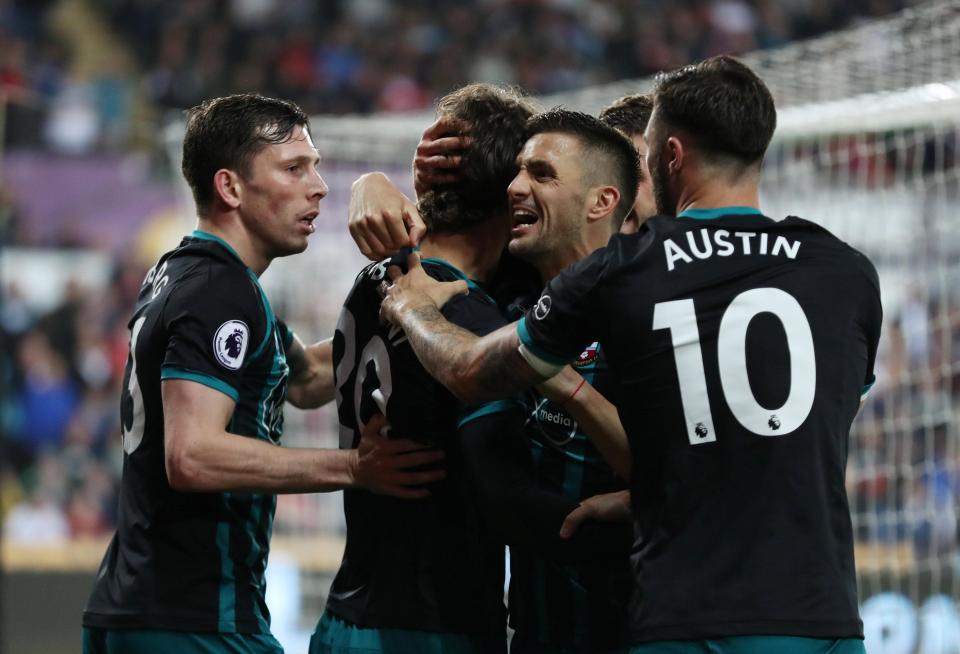 For a team trying to avoid relegation, on their own turf, they made a right mess of this.

Carlos Carvalhal, the rent-a-joke Swans manager, will have to take full responsibility for that.

The last laugh is on him now.

This game was littered with mistakes, tension, and first touches that turned into tackles.

Nerves were shredded out there.

On the touchline Southampton seemed to have three managers – Mark Hughes, Mark Bowen and Eddie Niedzwiecki – belting out instructions.

That is what the stress of the job can do to people.

Manchester City, the side who sacked Sparky in 2009, are next up for Saints on the final day of the season.

The outcome at St Mary’s will depend on the mood of Guardiola and his players, more than anything.

If City want to put on a show, if they want to finish the season on 97 points with a flamboyant 5-0 win, that is what they will do. 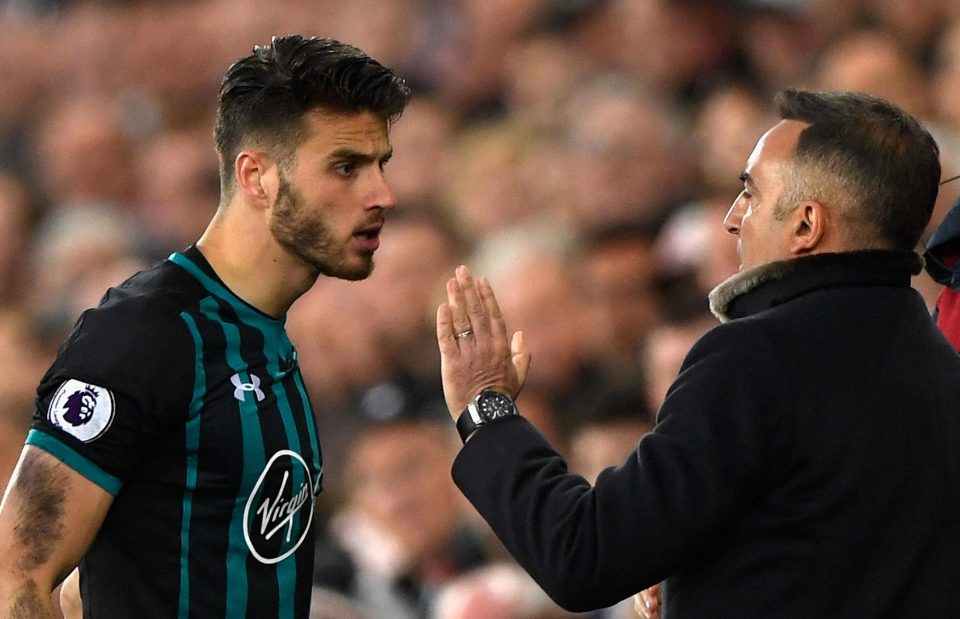 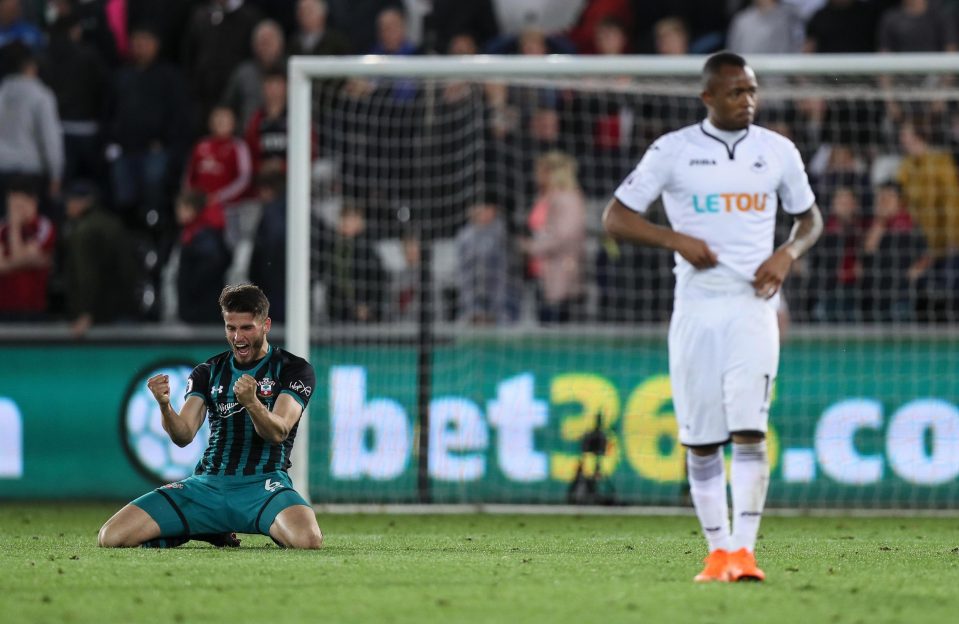 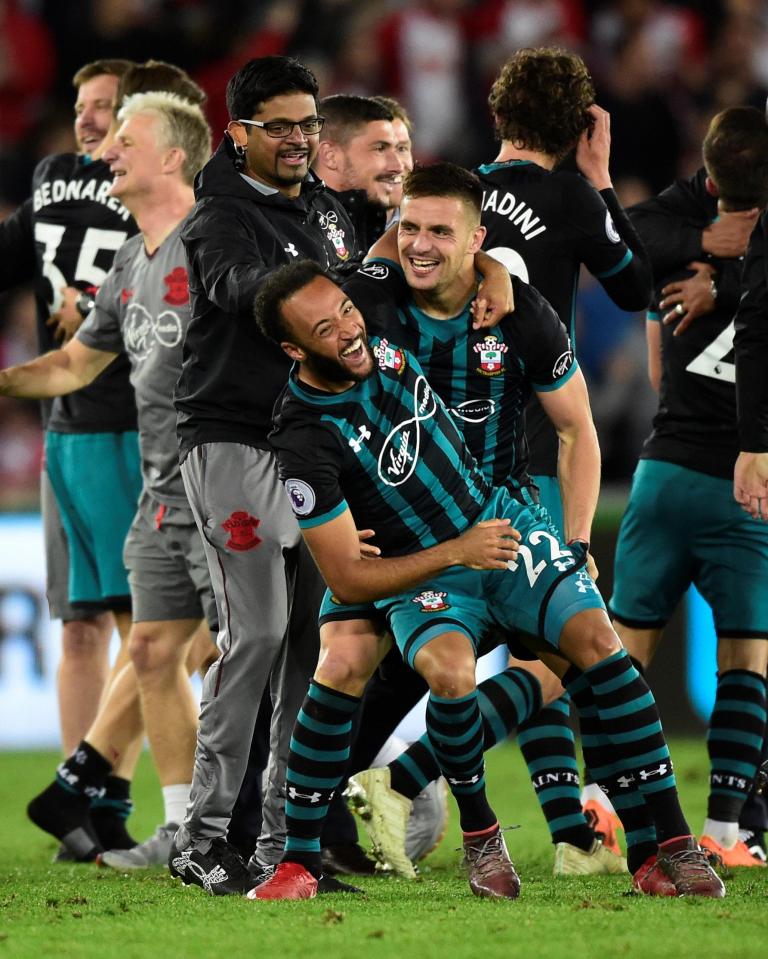 There will be no mercy and no let up if City want to finish the season with a thumping win.

So do Swansea because they have let it slip after that super run of results that included monstrous home wins against Liverpool and Arsenal.

They face relegated Stoke on Sunday, the sort of opposition that should be a gimme given the state Paul Lambert and his side are in.

Nothing is guaranteed any more.

Swansea’s glorious passing game has gone, consigned to history because they seem to change their manager whenever they have a bad result.

They lacked first half firepower, a game changer to make Swansea start to believe this must-win would turn in their favour.

Instead they coughed and spluttered their way through the opening 45, half-heartedly appealing for a penalty when Wesley Hoedt handled inside the area.

The Saints defender certainly touched it, but referee Michael Oliver made the right call.

Beyond that, these Swans needed to raise their game.

Andy King’s drive was saved well by Alex McCarthy and Sam Clucas sent a glancing header wide midway through the half.

This was was not nearly good enough from Carvalhal’s side.

Southampton threatened, with Charlie Austin’s volley on the turn saved well by Fabianski just before the break.

Something had to change.

Swansea’s fans knew that, demanding improvements right at the start of the second half.

Carvalhal, desperate down there on the touchline, finally caved in when he sent for Tammy Abraham. 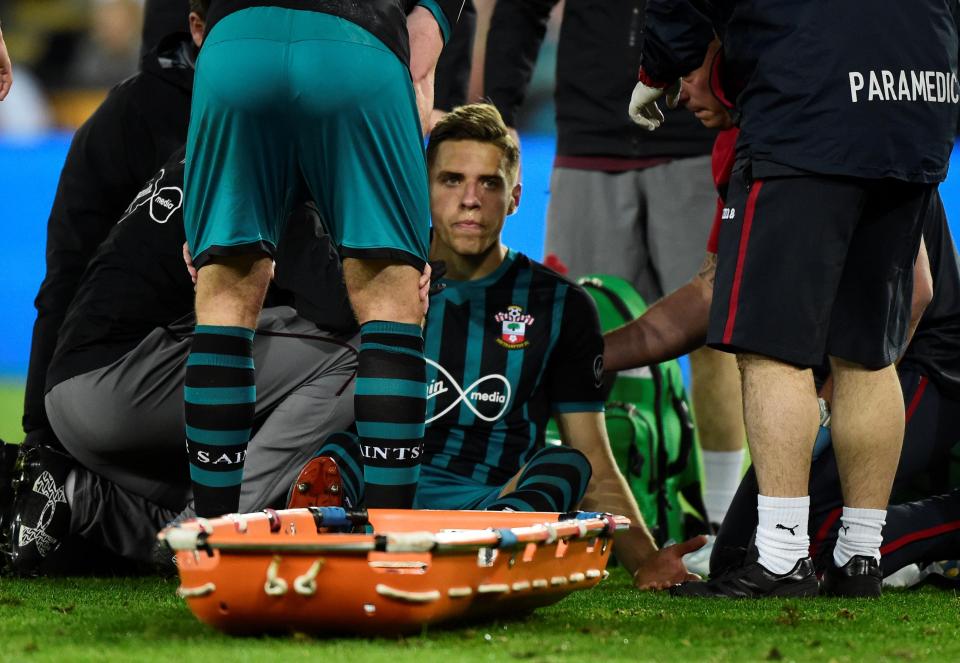 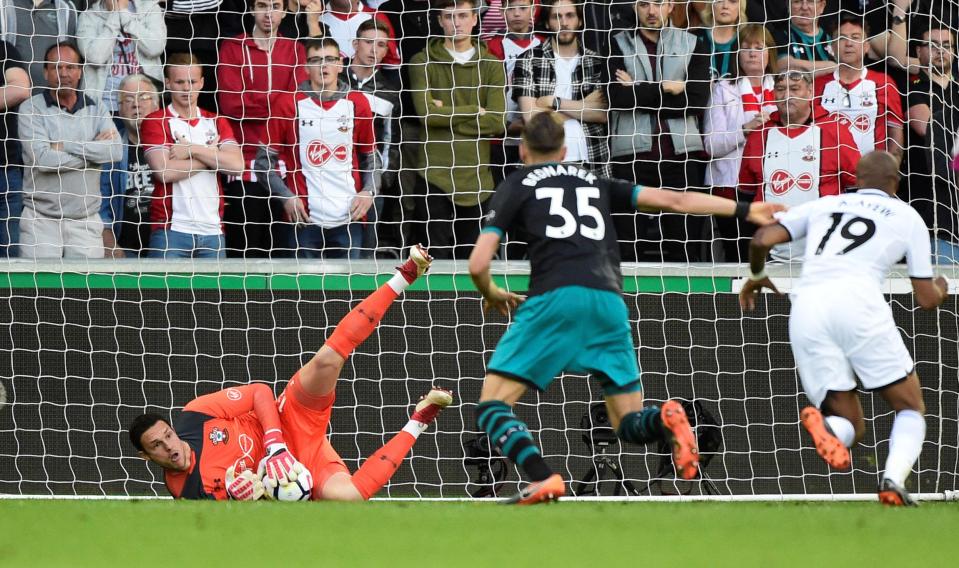 The Chelsea striker, on loan at the Liberty for the season, has been struggling for form after making a promising start.

He tried to make a difference, drilling an effort at McCarthy from outside the area just moments after Southampton were forced into a change.

Southampton could not get Jan Bednarek off quick enough, bringing on Manolo Gabbiadini for the final 20 minutes.

It came to him via Oriel Romeu and Austin, with the ball bobbling and bouncing around Swansea’s penalty area from a corner.

Gabbiadini managed to stab it in, beating Fabianski from close range with the help of a deflection.

It prompted some extraordinary scenes, with players and coaching staff celebrating wildly down on the touchline.

This is a big win for Saints, a victory that gives them a big chance of beating the drop on Sunday.

Sadly for Swans, they need some after-care.