Only a Swansea win accompanied by a Southampton defeat with a ten-goal swing would have been enough for Carlos Carvalhal’s team to beat the drop. 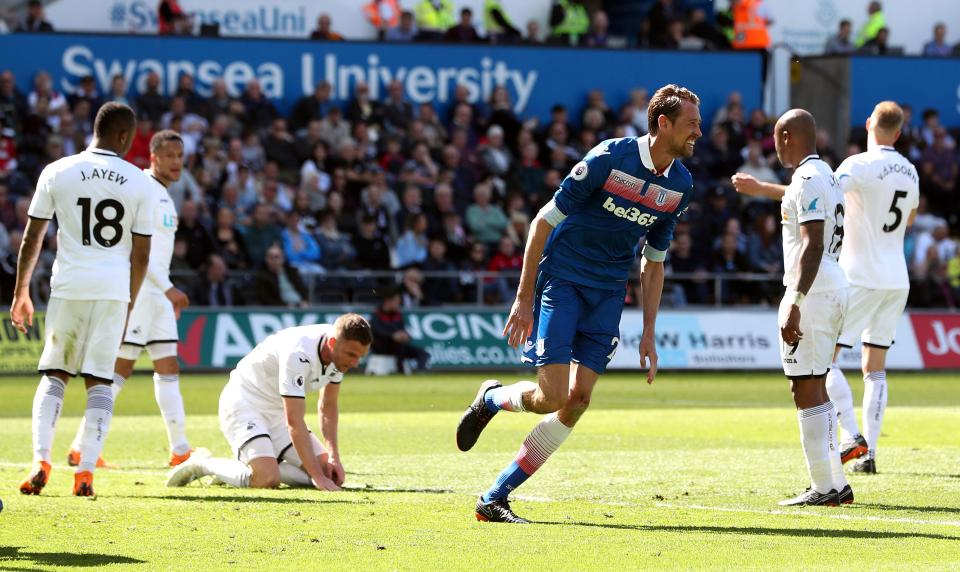 But that was never going to happen for the Premier League’s lowest scorers as they accompanied Stoke through the trapdoor to the Championship.

Angry Swans fans demanded the resignation of chairman Huw Jenkins and staged a protest against the28-man American consortium which took control of their club less than two years ago.

Such is the animosity felt towards Mark Hughes that many Stoke fans were actually willing their team to lose by an avalanche and relegate Southampton instead. 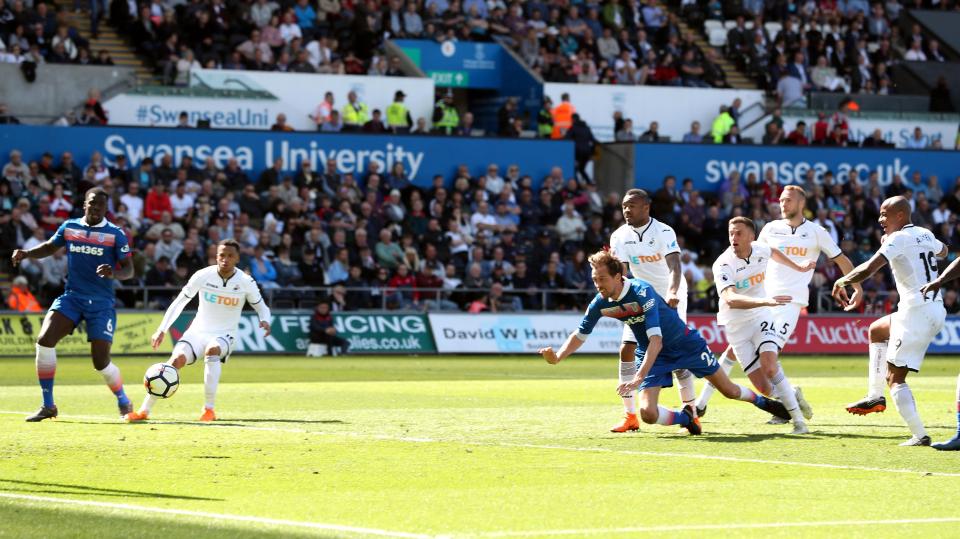 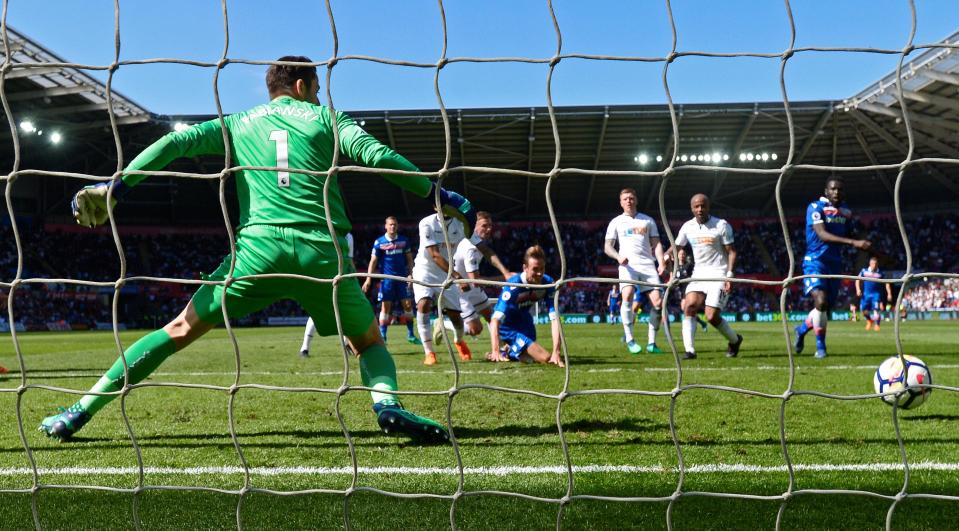 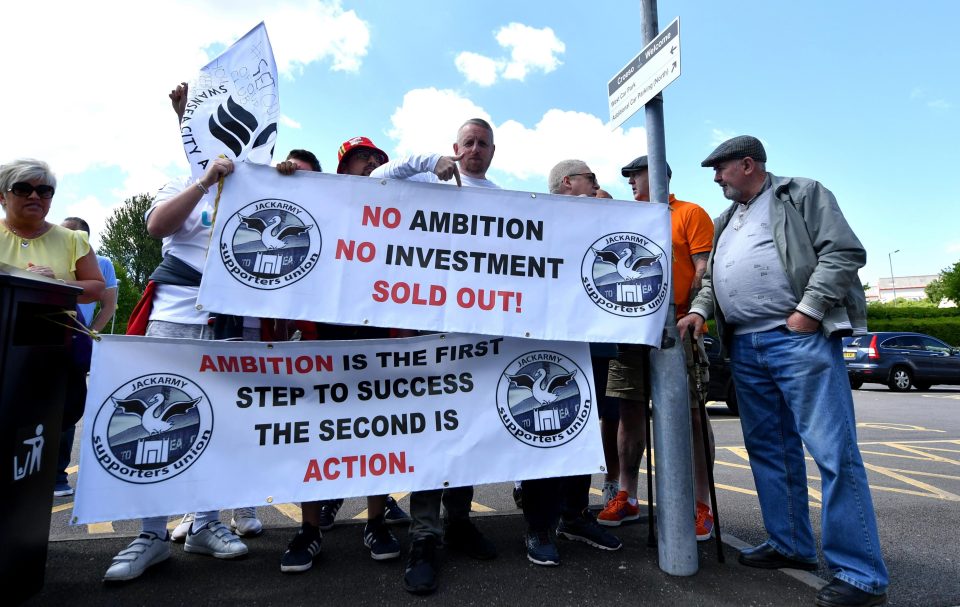 Swansea fans are unhappy with the state of their relegated side 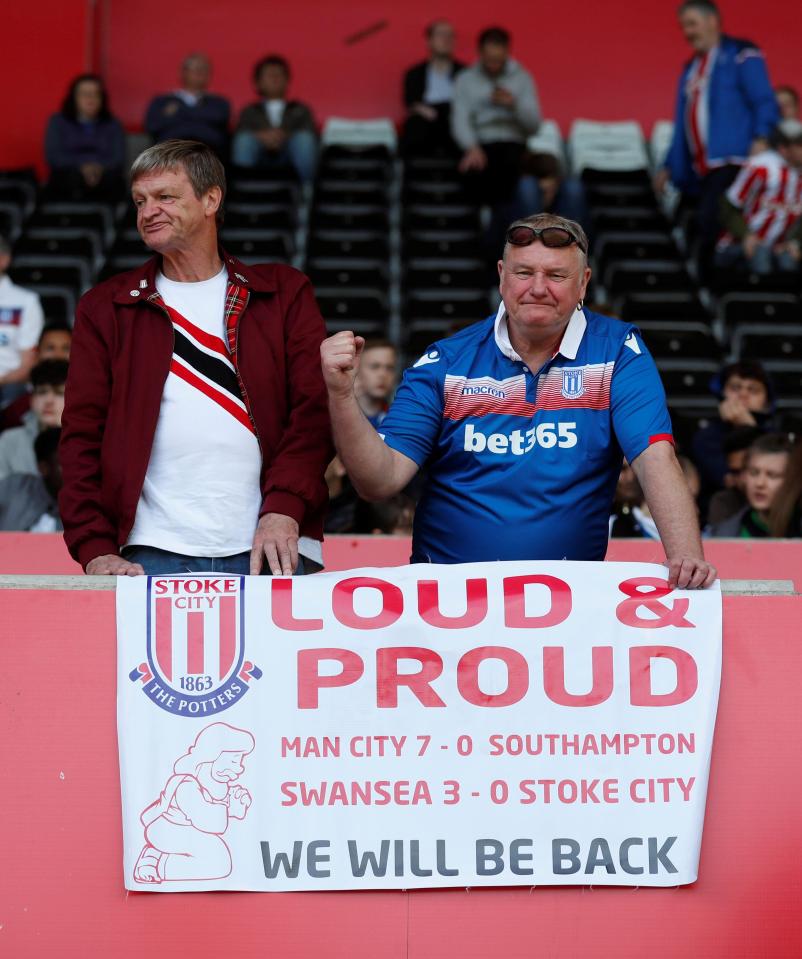 But chants of “we want ten” were to prove little more than wishful thinking even when Andy King fired the home team into a 15th minute lead.

Badou Ndiaye’s 31sth minute equaliser ended any fanciful ideas of the greatest of escapes for Swansea and ramped up the growing unease in the stands.

Peter Crouch twisted the knife shortly before half-time with the 52nd headed goal of his career in the Premier League.

And it would have been even worse for the home team but for Lukasz Fabianski’s second-half penalty save from Xherdan Shaqiri after Martin Olsson had handled in the area. 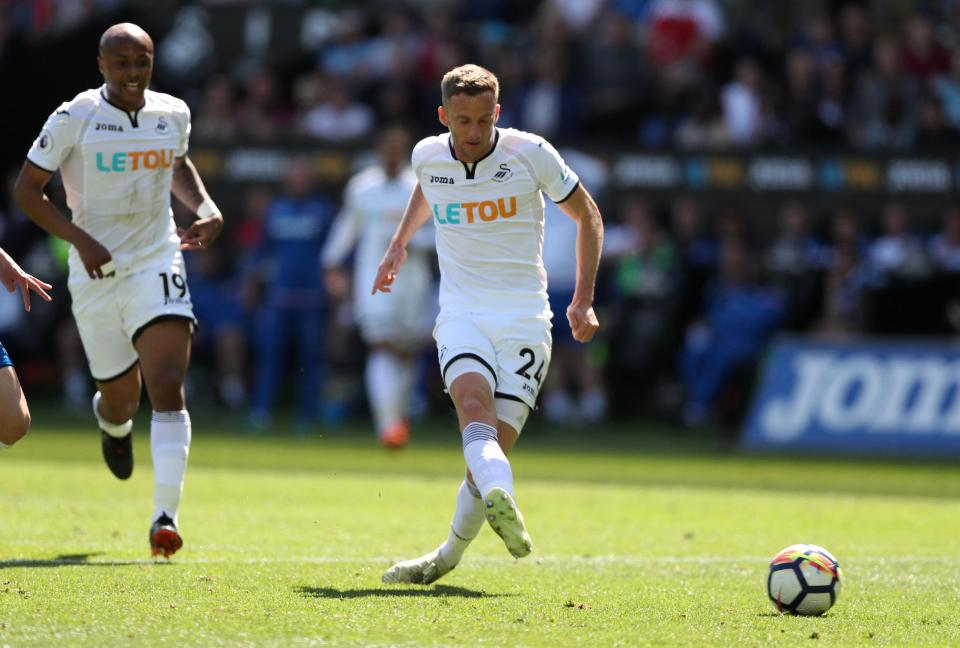 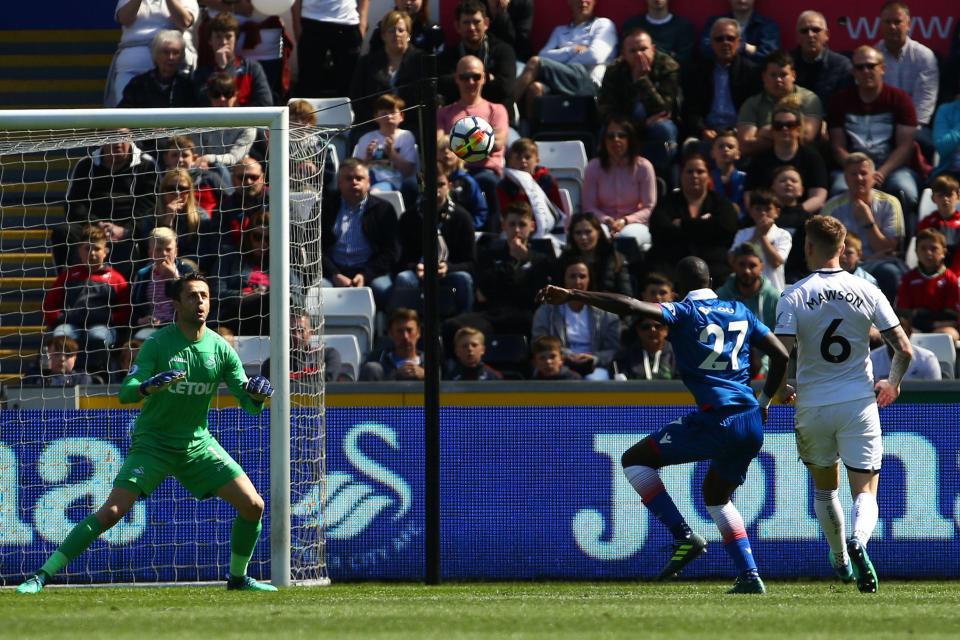