When Abbey McCulloch and Paige Hadley turned up to Swifts pre-season training in late 2016 to prepare for the inaugural Super Netball season, the club was almost unrecognisable. 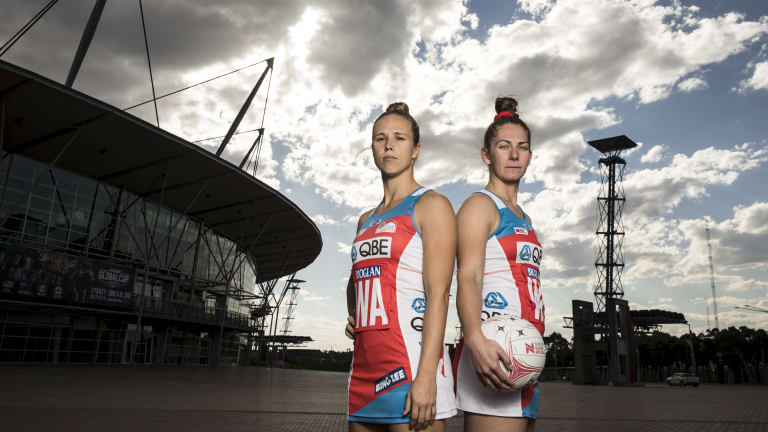 Sticking strong: Paige Hadley and Abbey McCulloch stayed at the Swifts when most of their teammates departed.

McCulloch, Hadley and defender Maddy Turner were all who remained from the team that narrowly lost the final ANZ Championship decider to the Queensland Firebirds. Expansion clubs had swooped on the Swifts' star-studded roster to start building towards a new era in Australian netball. 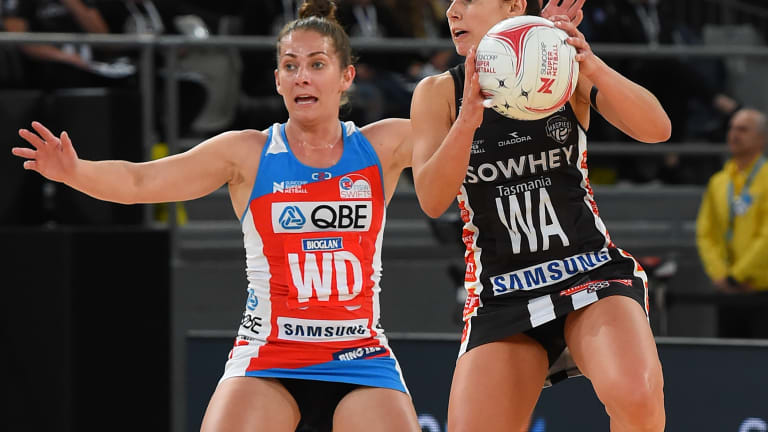 On Sunday the Swifts are looking to prove that they've finally bounced back from the rebuild that reduced them to just three wins last season when they clash with the Giants at Qudos Bank Arena.

McCulloch and Hadley will share the court again with Green and Pettitt, although the latter pair will be cloaked in orange.

"We don't begrudge anyone for the decisions they made during the changeover period from the ANZ [Championship] to the Suncorp Super Netball," McCulloch said.

"Everyone made decisions that they thought were going to be best for them. At the end of the day, they [the Giants] made it to the grand final [last year] so it was a great decision for them.

"We trained against each other day in, day out for five or six years while those two were at the Swifts. I feel like we know how they play pretty well, just like they know how we play.

"We're on our way up. We've been through that rebuilding phase already that a lot of clubs haven't done since this new league has come into play. When they start going through those phases, that's when we're going to start putting our foot down and taking it by the throat."

Pettitt and Green had their reasons for making the switch.

When ex-Swifts coach Julie Fitzgerald was announced as the head of the new club, she immediately went about assembling a roster that could challenge for the title.

She coached Green and Pettitt to that 2008 championship at the Swifts, and the veteran duo were at the top of her shopping list.

For Green, the decision to link up with her old mentor was a simple one.

"I essentially knew after the two grand finals that there was nothing more that I could give to that club, regardless of whether or not there was going to be another team," Green said. "I probably would've retired. 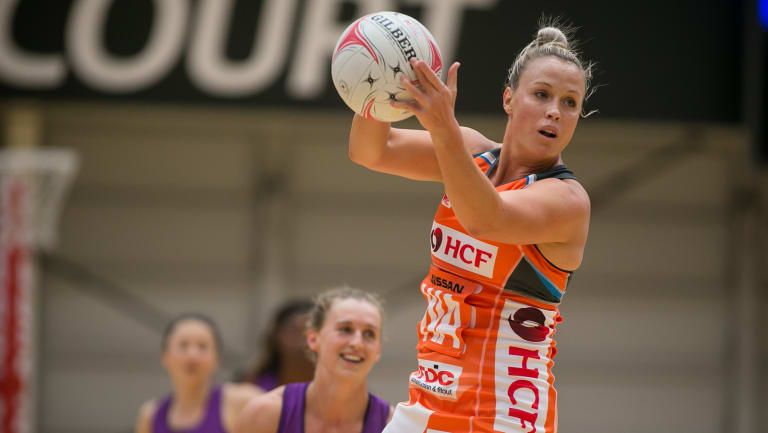 In high demand: Kim Green switched from the Swifts to the Giants.

"Not that I wasn't enjoying my netball, but I was finding it challenging to get to training and to get up every day and to still grind the grind.

"It was a no-brainer for me and I haven't looked back.

"Jules is possibly the most solid person in the netball world that I know. Under pressure she doesn't change and I think that's one of the best qualities about her."

"I was actually on holidays at the time – I was off in New Zealand having a bit of a holiday with the husband and kept getting phone calls from Julie just wanting to know what I was doing," Pettitt said.

"It took me a while to make a decision. I was comfortable at the Swifts and I knew how the program worked and knew my position.

"In some ways the comfort would've been nice, but then I knew that being so far into my career and having played for so long I needed to get out of my comfort zone just to freshen things up a little bit and that's why the decision became an easy decision in the end."

The move has reignited Pettitt's international career. She rejoined the Diamonds last year and was part of Australia's silver medal-winning team at the Commonwealth Games in April.

Although taking on the Swifts still presents a challenge.

"I'm always going to have a soft spot for the Swifts, they've been part of my life for so long and playing against them was very weird," Pettitt said.

"You want to win because you want to make sure you've made the right decision."

The Giants prevailed in two tight games against their NSW rival last season, winning by five points in round one before backing it up with a three-point victory six weeks later.

"It irks me more that we were in control of it and we had our opportunities to win it and we didn't take them," Hadley said.

"That's in the past and we want to take the two derbies to them and win both of them. Coming off last week, off a loss [to the Melbourne Vixens], we're hungry for that success again and we know we've got to gameplan and the template to do it."