A 90th-minute goal by Xherdan Shaqiri secured Switzerland a 2-1 victory over Serbia in a blistering-paced World Cup Group E match in Kaliningrad on Friday, putting them in a strong position to go through to the knockout round.

Shaqiri latched on to a pass in his own half with Serbia's players pushed up and carried the ball forward before slotting it past Vladimir Stojkovic. 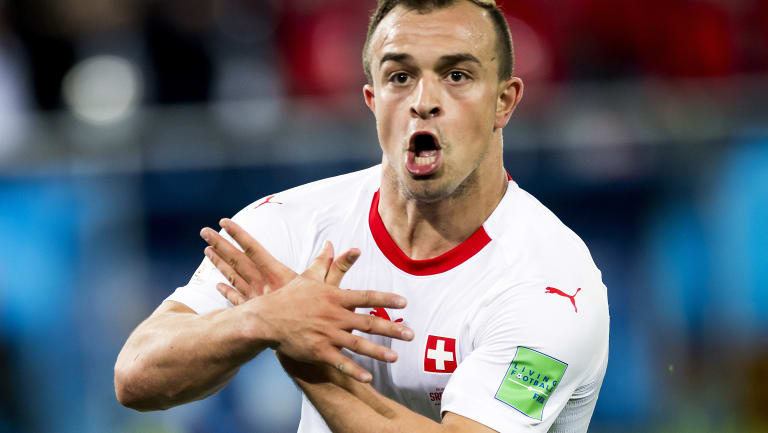 Another late winner: Xherdan Shaqiri pinched the game for Switzerland.

Aleksandar Mitrovic had given Serbia a dream start when he rose and headed a floating Dusan Tadic cross firmly past Switzerland goalkeeper Yann Sommer five minutes into the game.

Serbia dominated the first half but Switzerland stormed back after the break. Granit Xhaka equalised when he picked up a rebound outside the penalty box and rifled it home in the 52nd minute.

Switzerland's victory left the group open, with them and Brazil on four points and Serbia on three. But the Swiss face an easier task with their last match against Costa Rica, who are already out.