NSW Waratahs coach Daryl Gibson has challenged his frustrated troops to take the final step and finally notch a hoodoo-busting Super Rugby win over the Highlanders. 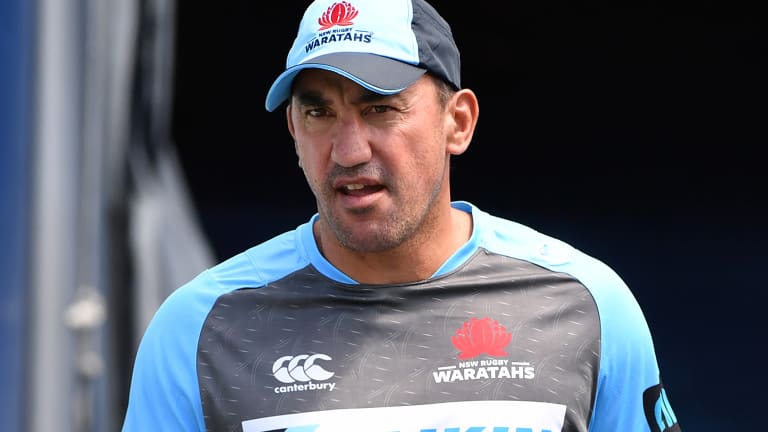 “We’ve shown we can compete and there’s things that came out of the last game that we’re going to take some really good lessons from”: Daryl Gibson.

The Waratahs' 24-21 loss to the Blues and 31-29 collapse against the Crusaders – from 29-0 up – helped extend Australian teams' diabolical losing streak against New Zealand opposition to 39 matches.

For the Waratahs, it's been nine-straight defeats to Kiwi rivals since routing the Chiefs 45-25 in Sydney on May 27, 2016.

Hoping the rot stops on Saturday night at home, Gibson is quietly confident of his side's steady improvement since a 29-0 shellacking three starts ago. Having had the defending champion Crusaders on the ropes, he hoped that form would continue and deliver a drought-breaking triumph.

"That's a step we need to take as a team, in terms of we've shown we can compete and there's things that came out of the last game that we're going to take some really good lessons from," he said.

"We need to take that step as a team and towards really nailing one of those wins, those close wins, that we've been coming up short."

The coach felt his "game managers" let the Crusaders off the hook in Christchurch.

"We felt we didn't relieve the pressure on our team," he said.

"We kept the ball in against the Crusaders and gave them more possession, particularly (through) our yellow-card management when we were down at different periods, down a player.

"We felt we could've controlled that better as game managers and probably identified eight kicks that remained in field that needed to be kicked out.

"There's a good lesson for us."

The Highlanders are an even more formidable threat after the return of All Blacks halfback Aaron Smith, who being rested from last week's win over the Lions.

Gordon is on guard after replacing Nick Phipps as Gibson continues to rotate his No.9s.

"You always match up against the opposition. I think a big key for us, 1-15, is to play better than your opposition," Gordon said.

"So you've got to keep an eye on him, but I won't be too focused on what he's doing throughout the game."

The bigger motivation is to break the dreaded streak.

"The two performances we've put ourselves in positions to win it and things haven't gone our way, which is a bit frustrating.

"I feel like we're just a little bit off at the moment. If we can put that together, we'll definitely win."