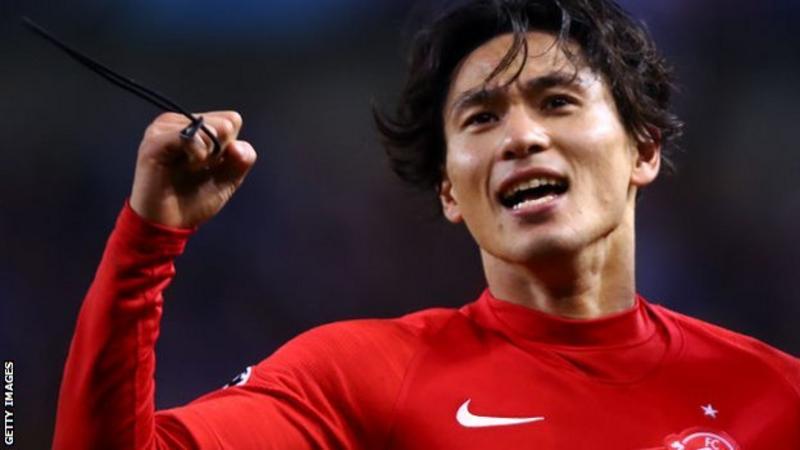 Takumi Minamino is a winner. Or at least he has a desperate desire to win, often stating how he hates losing.

It is a characteristic that will serve the Japan winger well as he joins a Liverpool side unbeaten in 34 Premier League games – their longest such run in the top flight.

All Minamino has ever wanted to do is play football – his unequivocal love for the beautiful game evident since an early age.

As a child, Minamino was substituted while playing for local club Sessel Kumatori, where he played until joining Cerezo Osaka. The youngster, still at elementary school, would ask the manager: “Why did you take me off? Let me play more because I love football.”

He was one of a kind. No other player at the club, nor any other Japanese player, would dare question a manager or any authority in such an assertive and confident manner, especially at such a young age.

But Minamino, who will sign for the Reds from Red Bull Salzburg on 1 January, is not just any Japanese player.

Minamino has spoken of how Brazil’s Ronaldo – who top scored at the World Cup Japan co-hosted in 2002 – inspired him with his finishing and dribbling technique.

After meticulously watching videos of the striker’s feints, he would go outside to practise. It is no surprise, then, that there are certain echoes of the Brazilian in the 24-year-old’s playing style.

But another influence on the new Liverpool signing can be found much closer to home – his brother Kenta.

Kenta – the older sibling by three years – and Takumi would play football at every opportunity. Their father would often act as coach, putting cones down in a car park for them to dribble in and out of at speed.

Kenta joined the Cerezo academy before his younger brother, who was motivated to emulate him – or even surpass him by becoming a professional. 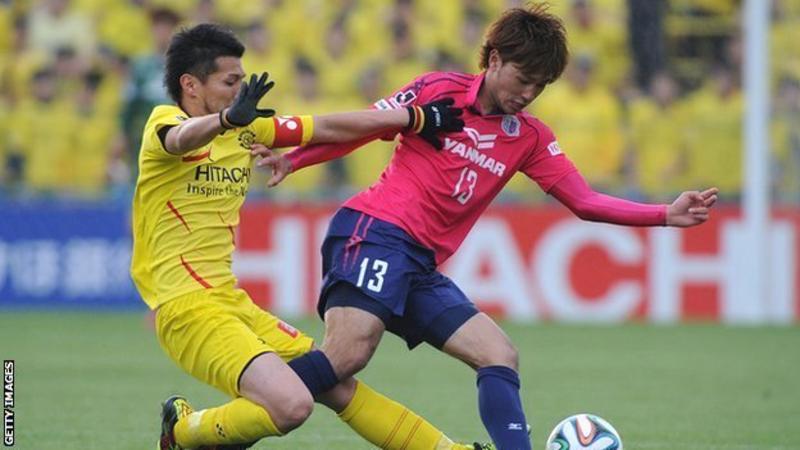 Cerezo Osaka made Minamino the player he is today.

Cerezo – cherry blossom in Spanish – was a natural progression for a blossoming Minamino. It was his nearest professional club and, coincidentally, their first season in the J1 League – the Japanese top flight- was the year he was born.

At the age of 12, he joined the Cerezo academy, and progressed to the under-18 team three years later.

Aged 15, he finished top scorer at the 2010 AFC U16 Cup and he went on to represent Japan at every age group, including featuring in a somewhat surprise run to the quarter-finals of the Under-17 World Cup in 2011.

While Minamino was at the Cerezo academy, Shinji Kagawa, Takashi Inui and Hiroshi Kiyotake were in the first team. All went on to have successful stints in Europe. Minamino relished the chance to watch them close up and, on occasion, train with them.

Cerezo was formed from the company team of diesel engine manufacturer Yanmar, and Minamino’s eight years there helped develop the big motor that enables him to produce tireless performances like the one at Anfield for Red Bull Salzburg earlier this season.

He often refers to the tough training and strenuous physical regime he was put through at the Cerezo academy. Tuesdays were the worst, with the team having to run 4km around the pitch before embarking on gruelling circuit training.

No stranger to Premier League opposition 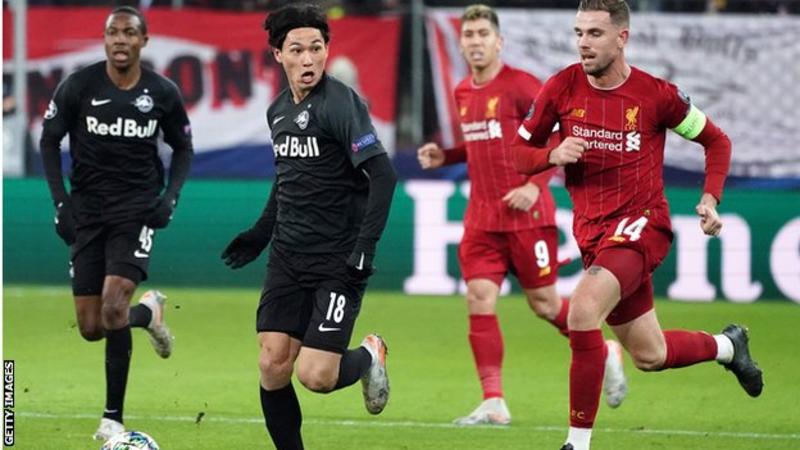 At the age of 17, Minamino made his league debut for Cerezo’s first team, and became their youngest ever goalscorer in the top flight at just 18.

Thirteen days later, an outstanding performance in a pre-season friendly against Manchester United – including a 25-yard strike that arrowed into the top corner – drew praise from then United boss David Moyes.

Crowned J1 League Rookie of the Year in 2013, the following season would prove to be a forgettable one as Cerezo were surprisingly relegated from the J1 League despite a formidable collection of individual talent, including former United striker Diego Forlan.

But Minamino would play no part in Cerezo’s J2 League campaign, signing for Austrian giants Red Bull Salzburg in January 2015. He would go on score 42 goals and provide 20 assists in the league.

Making up for lost time

Minamino’s form for Salzburg was not enough to convince stand-in Japan head coach Akira Nishino to grant Minamino a place in Japan’s 2018 World Cup squad, having played just seven minutes of international football at that point.

But he is now thriving under new head coach Hajime Moriyasu.

As part of a changing of the guard since the last World Cup, Minamino has established himself for his country, scoring in each of Moriyasu’s opening three games in charge and in all five of the nation’s autumn internationals.

With his place with the Samurai Blue secure, he’ll be hoping the goals continue to flow when he pulls on the red of Liverpool next month.