Dumb decisions threaten to ruin the ACT Brumbies' season after another disappointing loss on Sunday. Here are the talking points after the Argentina Jaguares won 25-20 at Canberra Stadium.

Australian referee Angus Gardner didn't take kindly to David Pocock. Or Sam Carter. Or the Brumbies in general in a five-point loss. 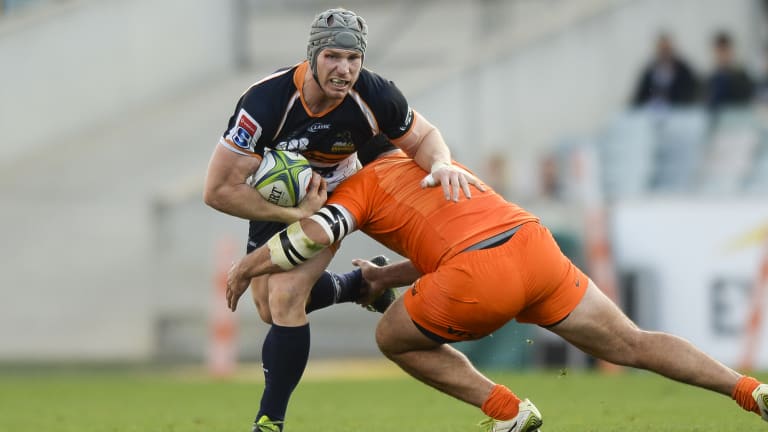 David Pocock had a running battle with referee Angus Gardner.

Pocock was penalised for back chat in the first half in the most unlike-Pocock way and was pinged for marginal errors at the breakdown.

On the other side, Gardner gave the Jaguares more freedom when pinching the ball, which had a real impact late in the game when the visitor's stifled the Brumbies attack.

Gardner was by no means the reason the Brumbies lost. They did that to themselves. The Brumbies were the first to admit their flaws and inability to perform at the level they expect.

But Gardner has had some howlers in Canberra in recent years and hasn't made any friends in the capital.

Super Rugby referees are rarely criticised and it seems they can make errors without facing consequences. The Brumbies had to finish with 14 men against the Otago Highlanders two weeks ago because of a refereeing mistake.

The officials also missed a dangerous neck roll on Pocock in the same game. But a week later they decided to come down hard on the openside flanker. An interesting turn.

The Brumbies will wake up on Monday morning hoping their "passive" performance against the Jaguares was just a bad dream. 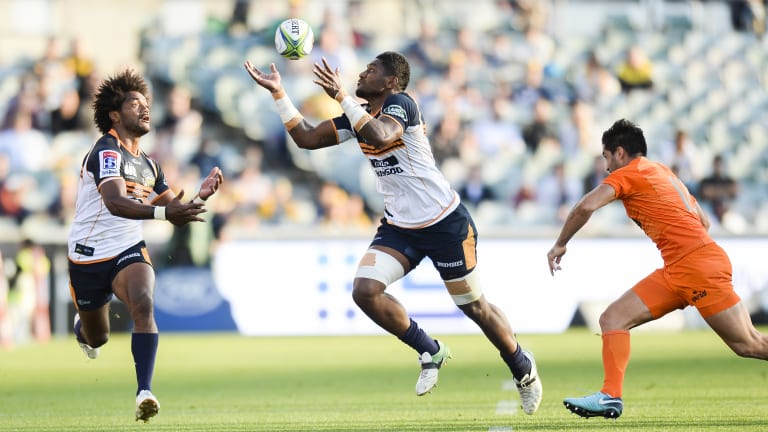 The Brumbies are beating themselves this year.

The realisation their next challenge is against a team they haven't beaten in almost a decade will reinforce the fact it was a Super Rugby nightmare.

The Brumbies have no time to lick their wounds as they brace for a battle against the Canterbury Crusaders on Saturday night and search for a way to end Australian rugby's 35-game losing streak against Kiwi teams.

The Brumbies haven't beaten the Crusaders since 2009 and another slip-up at home would almost certainly be the dagger through the heart of their finals aspirations.

"We have to stop talking about the same things, learn and put in a performance that we're going to need if we want to compete with the Crusaders," said Brumbies coach Dan McKellar.

McKellar spent the half-time rev up pointing to the logo on his chest and imploring the players to restore some pride in the Brumbies jersey against the Jaguares.

They tried, but crumbled in the second half and lost by five points. To say they will be desperate against the Crusaders is selling it short.

Maybe a rivalry from the Brumbies' glory years of the early 2000s will light the fire for the rest of the year. Maybe it won't.

Forget about the opposition, the Brumbies are beating themselves this year and it's hard to watch.

The Brumbies have slipped to three wins from eight games this season and they've been their own worst enemy in making poor choices, failing to execute and lacking a spark on the field.

That's taking nothing away from their opponents. But when the season is broken down, the Brumbies will look back at the opportunities they had to win every game they've played in so far.

McKellar must be pulling his hair out at times. Defensive errors, dropped balls when on the verge of scoring, intercept passes and poor kicks will haunt the Brumbies this season.

The 10 minutes when Emiliano Boffelli was in the sin bin summed up their year. They had a one-man advantage, but instead of capitalising they fell further behind when they conceded a try.

It was the second week in a row poor decisions had cost the Brumbies when they had more players on the field than their opponents. Frustrating? That's an understatement.

The Brumbies began the season as overwhelming Australian conference favourites, but they've barely looked like landing a blow this year.

They've shown patches of exciting play. But patches won't help them make the play-offs. If they fail to make the finals, they'll look back at the Jaguares battle as another one that got away.

Beating the Jaguares would have sent a statement to the rest of the Australian conference given the NSW Waratahs, Queensland Reds and Melbourne Rebels all lost their games on the weekend.

They instead find themselves still nine points behind the Waratahs, having won just two of their four home games and struggling to get any momentum.

The salt in the wounds on Sunday night was when they had to kick a penalty goal after the siren just to salvage a losing bonus points.

You could see it hurt the players by the way they hung their heads and winger Henry Speight kicked the ball in disgust after an opportunity lost.

The Brumbies have made the finals in recent years largely thanks to the strength of their set piece. Their lineout has been one of the best in the competition.

But they lost four of their own throws against the Jaguares, putting pressure on when they should have been attacking.

When the lineout hits its mark, the Brumbies look strong. Their rolling maul is as good as it has been in previous seasons. But the small moments are causing them a huge amount of pain.

The Brumbies appeared to have a running battle with referee Angus Gardner during the match, prompting Rod Kafer to say in commentary: "The Brumbies are more concerned about the small things in the game. They should be worried about the big moments."