They call him the raging bull and it's easy to see why.

Teenage sensation Apinesa Driti has just finished back to back weeks playing at nationals with the ACT Schoolboys in rugby union and rugby league. 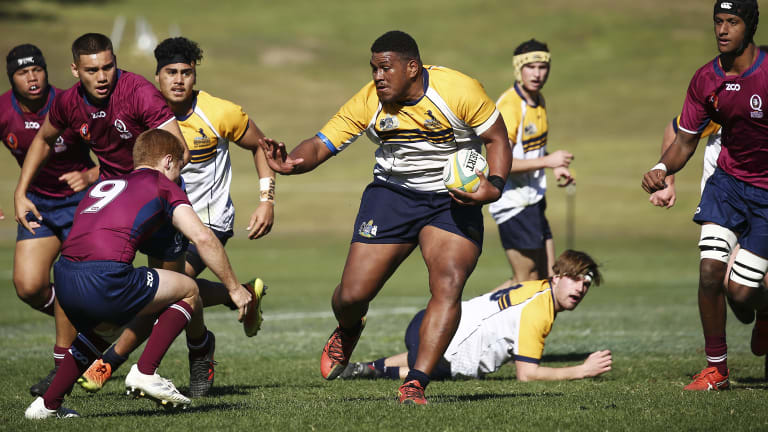 Teenage star Apinesa Drit is 120kg and 182cm and dominated for the ACT Schoolboys in union and league.

Driti was on the radar of Super Rugby and NRL clubs, before Rugby Australia offered the 18-year-old a small deal to ensure he wasn't signed by a rival code.

The 120kg front-rower has pace to burn and was selected in the Australian Schoolboys union team to face New Zealand Schools and Tongan Schools in October.

Driti will then likely make the 24-man squad that tours the United Kingdom at the end of the year, before he joins the ACT Brumbies' preseason as a development player.

The Gungahlin College product has been earmarked as a future star of Australian rugby and Driti said he chose union for its reach.

"There's no more league for me, it's strictly union now. The game has better opportunities and pathways, that's the main reason," Driti said.

The wrecking ball plays prop and back-row in both codes and got through a mountain of work at the national championships.

"It’s been a good two weeks with the boys from both schoolboy teams, I played every game in both weeks so I'm pretty sore but it was good fun," Driti said.

"I just play wherever they put me in but I prefer prop [in league] and doing that work in the middle with the hard hit-ups.

"In union I love prop but No. 8 allows me to run more and frees me up from scrums and lineouts so I don't have to pack down, I get more space." 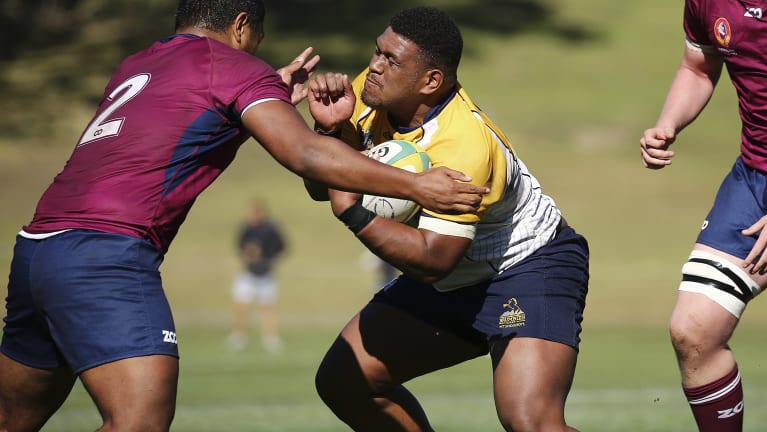 Driti was picked in the Australian Schoolboys union team and has committed to rugby.

Both ACT Schoolboys teams finished one win outside the national championship game, which league coach Steve Collins said was a huge improvement.

"It's our best finish in a number of years. Apinesa had a really good tournament. He’s an absolute wrecking ball and incredibly intimidating," Collins said.

"Matthew Dragisic and Jacob Church were also outstanding. We just had great depth across the squad and played at a really high standard, it was a really good balance amongst the boys."

Driti plays for the Gungahlin Eagles in the John I Dent Cup and his first-grade coach Dan Atkins described the young gun as a "huge talent".

"Apinesa is big, strong, powerful. He can run, he can step, he can pass … he's got everything," Atkins said.

"We’ve talked about Apanisa with the ability he's got and he has big, big future. He just has got to want it and take it with both hands."

St Edmund's College duo Brendan Jimenez and Zane Hogan were named in the Australian Schoolboys squad alongside Driti, while Marist College lock Matthew Dragisic was picked in the league national side.