PICK up on LITTERALE CI. 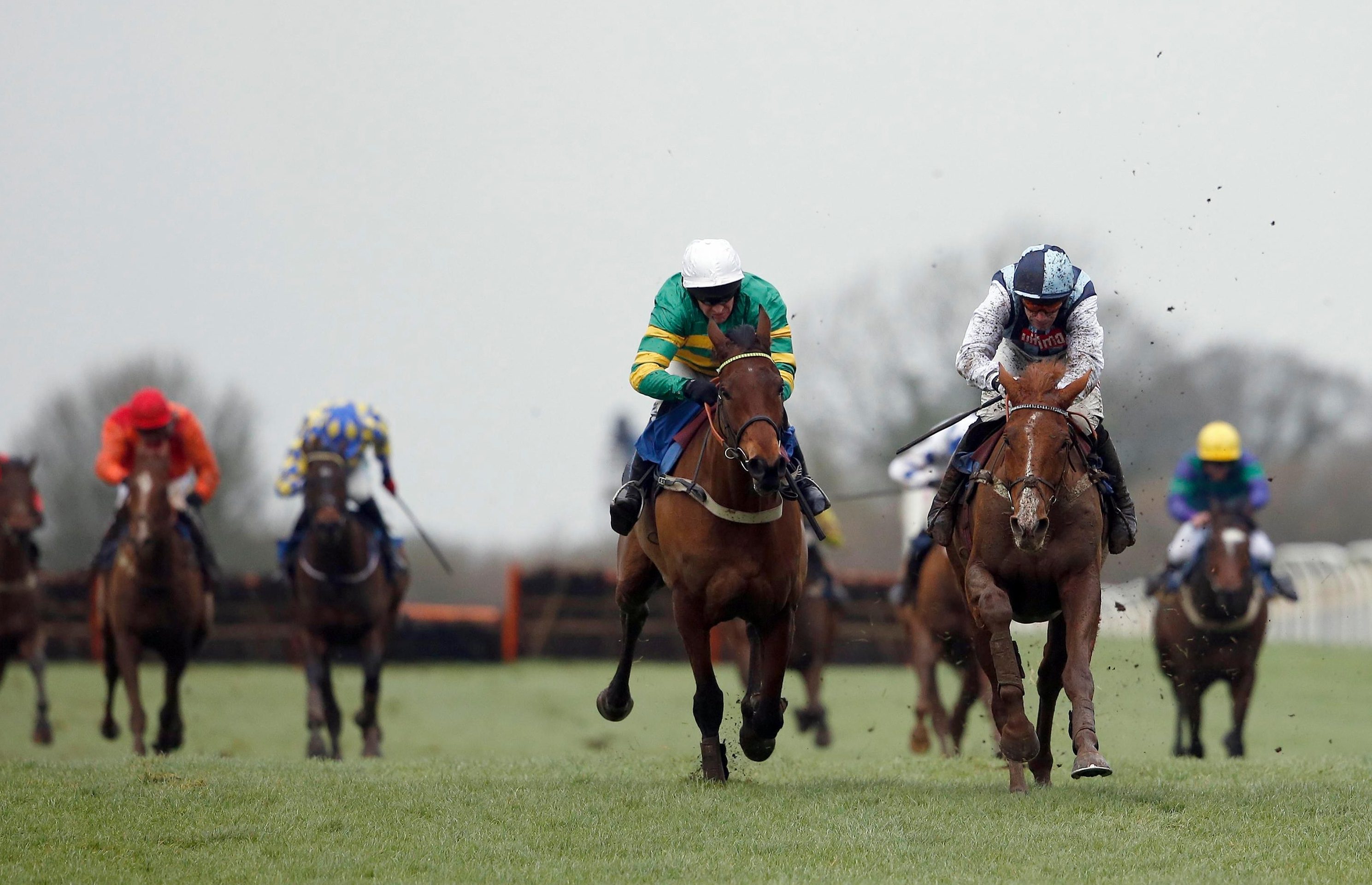 She goes well for amateur jockey Aine O’Connor. The pair have teamed up to win three races this year and there looks plenty more to come.

I liked the way she saw off Serosevsky – also trained by Harry Fry – at Newton Abbot in September. She is clearly improving fast enough to keep the handicapper at bay.

If You Say Run was a promising novice last season. She flopped when fancied for the big mares’ novice race at Newbury in March but that cannot have been her form.

I’m expecting her to go well on her first run since.

Miss Crick is finally starting to slip in the weights but she still hasn’t won for more than two years.

The race Little Miss Poet won at this track in May has worked out well. The downside is she’s been put up a harsh-looking 11lbs.

Grageelagh Girl looked to be going places when building on her smart bumper form to win her first two hurdles starts.

She needs to bounce back from a couple of below-par efforts but it’s too early to be giving up on her.

GET in the Groove for the Rising Stars Novices’ Chase.

BAGS GROOVE developed into a decent handicap hurdler and he returned from a summer break to strike over fences at Ffos Las.

He escapes a penalty for that win and his chase experience will be a big advantage today.

Secret Investor is improving rapidly. He made it a hat-trick of hurdles wins in the Grade 2 Persian War at Chepstow last month and has plenty of potential for fences.

I’m just a little worried 2m4f will be sharp enough for him on his chasing debut.

Full clearly likes this track having won his last two starts over hurdles here. He’s had six tries at chasing without success and official figures gives him a lot to find.

Majestic Moll – a nice winner of a mares’ chase at Worcester last time out – is a bigger threat. 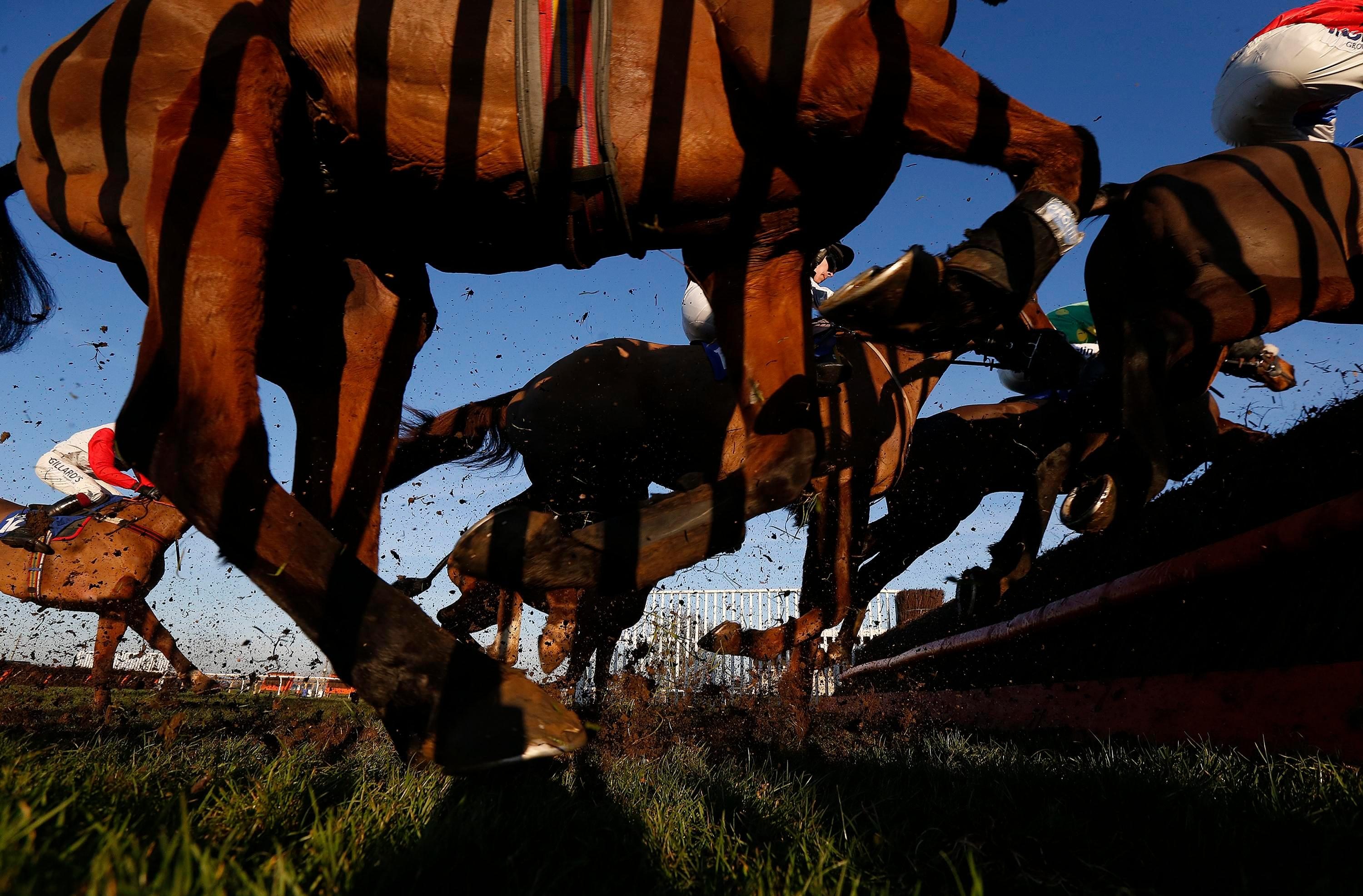 IF the rain stays away VERDANA BLUE looks a cracking bet in the Unibet Elite Hurdle.

She managed to win a good Ascot handicap last November despite conditions being softer than she really wants. Her third in the valuable Racing Welfare Hurdle was even better and she showed her class when getting her favoured quick ground at Kempton on her return to action.

She is not far off the best hurdlers when she gets the right going and it would take torrential rain to turn the ground against her today.

Nicky Henderson also runs We Have A Dream. He was unbeaten in five starts after arriving from France last season. That haul included two Grade 1 wins and he’s clearly very smart.

If the weather doesn’t scupper Verdana Blue’s chance he might well struggle to give 6lbs to his stablemate.

If The Cap Fits had his season cut short after completing a hat-trick of hurdles wins at Kempton on Boxing Day. He’s another great prospect.

Redicean was a decent juvenile and he will be sharper for his Cheltenham second two weeks ago. 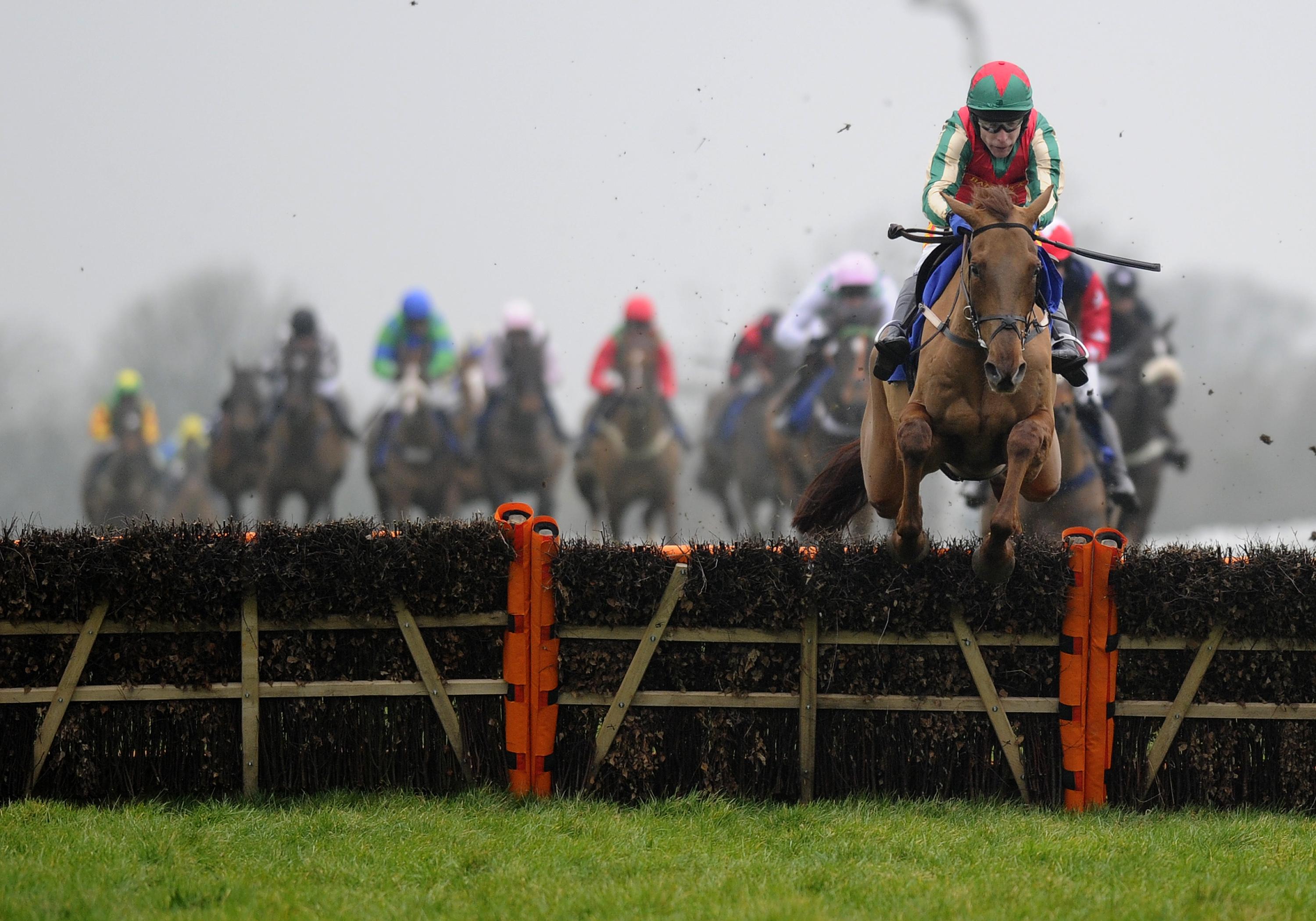 THE beers are on PRESENT MAN again.

He and Bryony Frost landed the Badger Ales Trophy 12 months ago and I fancy them to keep the prize.

The ground was softer than he cares for last year but it proved he doesn’t have to have quick conditions.

Paul Nicholls’ ace signed off the season with a third in Sandown’s Bet365 Gold Cup and he has a decent record when fresh.

Stablemate El Bandit is well weighted on his hurdles form. He’s not been since making a winning chase debut at Warwick 18 months ago but it’s hard to imagine he won’t be ready today.

Bigbadjohn might not be the most consistent but he has some good form at his best. He’s only been put up a couple of pounds for last month’s course win.

Fingerontheswitch and Sam Red – both last-time-out winners – could easily take advantage of their low weights. 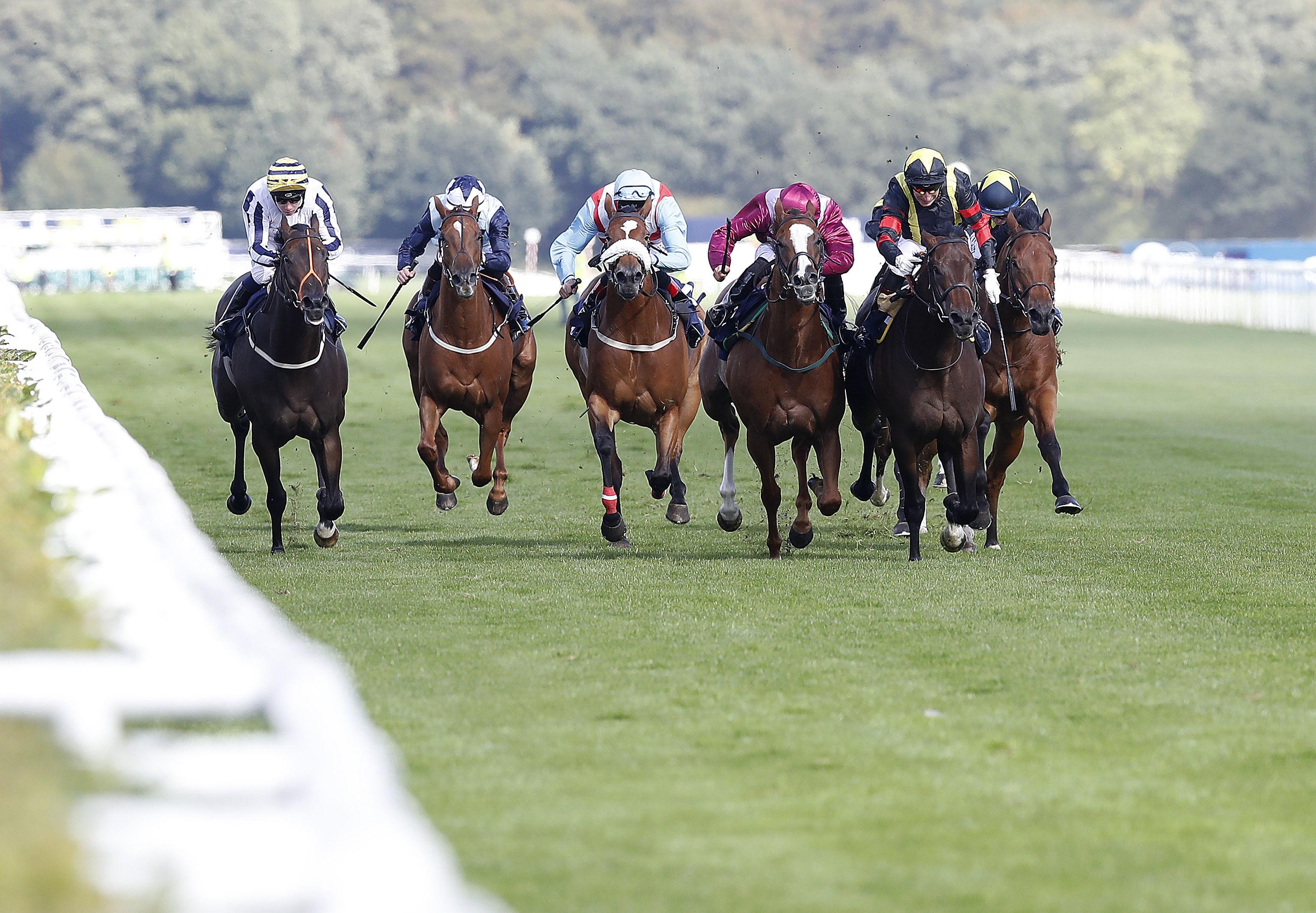 You have to forgive CRYSTAL HOPE for a couple of disappointing runs since hr impressive spring form but she has had a nice break since finishing in midfield on her handicap debut.

She had previously beaten subsequent Musidora heroine Give And Take in a Sandown novice race and finished third behind top filly Sea Of Class at Newbury.

My fancy is wonderfully bred, being from the same family as Crystal Ocean. I reckon it’s way too soon to be giving up on her and this is not a strong Listed contest.

Maid To Remember should like the easier ground after finishing runner-up – with Queen Of Time back in third – in a similar event at Newmarket last month.

She has to be considered but her trainer does seem to be struggling to find her best trip.

Irish raider Bona Fide won nicely at Gowran Park last time. She needs to take a fair step forward from that handicap success but she does have a nice pedigree.

Anasheed is another unexposed three-year-old with claims but her inexperience does count against her.

THE Wentworth Stakes should be a Breeze.

LIBRISA BREEZE is way better than this Listed level on his day.

He won the Group 1 sprint on Champions Day last year and he’s spent much of this season in top races. His effort when defending his Ascot crown was disappointing but those held up in the rear were all well beaten. This race should pan out much better and he will love it if the forecast rain arrives.

Donjuan Triumphant is another taking a big drop in grade. He was third behind Sands Of Mali in the Champions Sprint at Ascot having finished fourth in Haydock’s Sprint Cup. It’s hard to see how he won’t run well.

Gordon Lord Byron is a grand old boy. He might not quite be as good as he once was but he showed there’s plenty of life left in him when runner-up behind Breeders’ Cup winner Expert Eye at York. 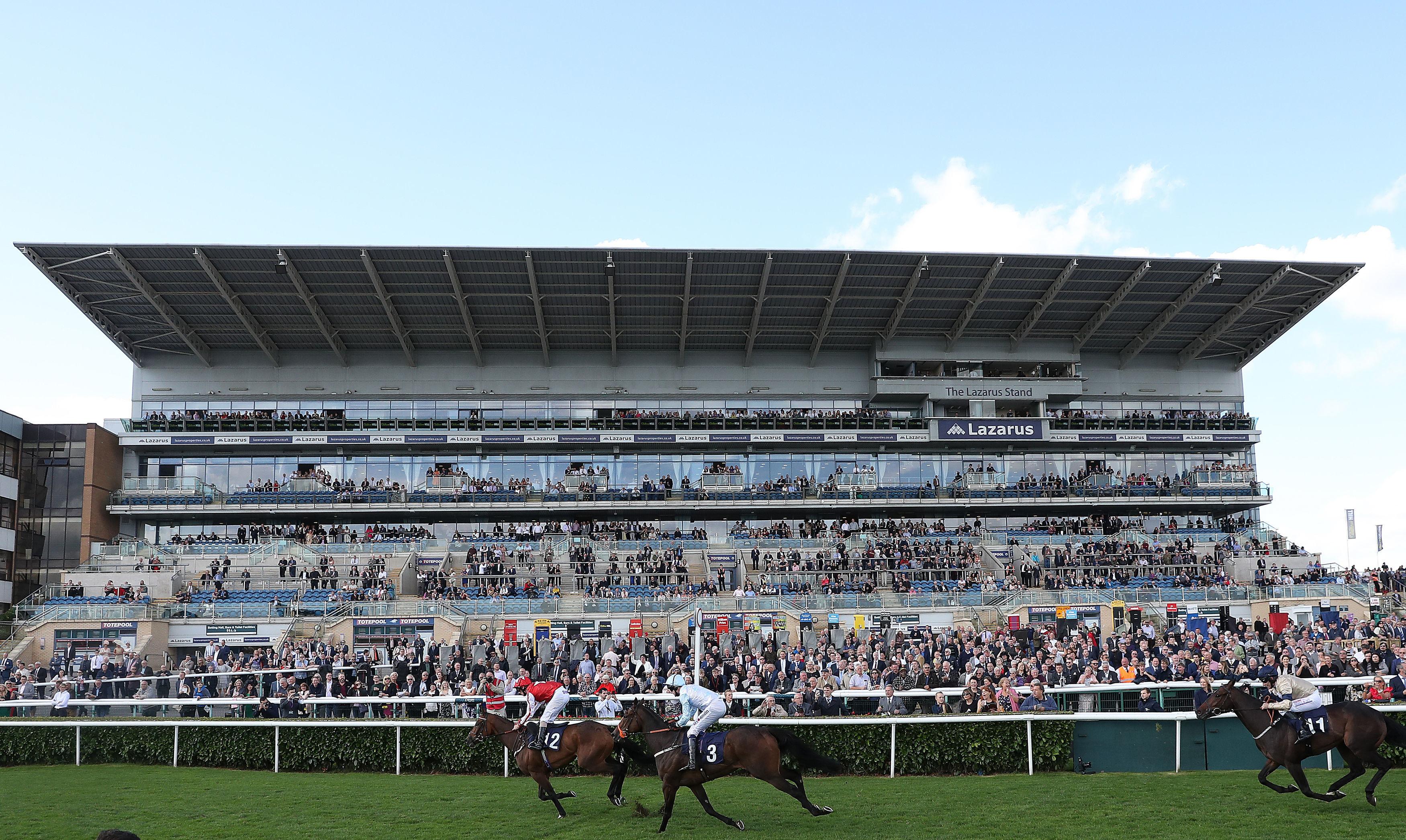 FEEL the BUZZ of the November Handicap.

Hughie Morrison’s hope has been most progressive this year winning three of his five races.

There was a case for saying he was best on the all-weather before his Newbury win on soft ground in September but that was clearly a career-best performance.

It came over 1m2f but he’s twice won at around today’s distance and was even tried over 1m6fat Nottingham in the summer.

A high stall will put some off but that’s been no barrier to success in this race in recent years.

Royal Line is another with a wide draw. He looked really good when running away with the Great Metropolitan at Epsom in the spring.

We’ve not seen him since but fitness is hardly a worry with John Gosden doing the training.

Charlie Appleby hasn’t had a bad week. Wins at the Breeders’ Cup and in the Melbourne Cup means the Godolphin trainer arrives with his pecker up.

Doncaster might lack the glamour of those global contests and his Wolf Country might struggle to keep the streak going.

He was second behind Now Children at Goodwood last month and he has a job on his hands to reverse that form even with an 8lbs pull.

Haydock winner Reshoun and consistent Everything For You have better claims. 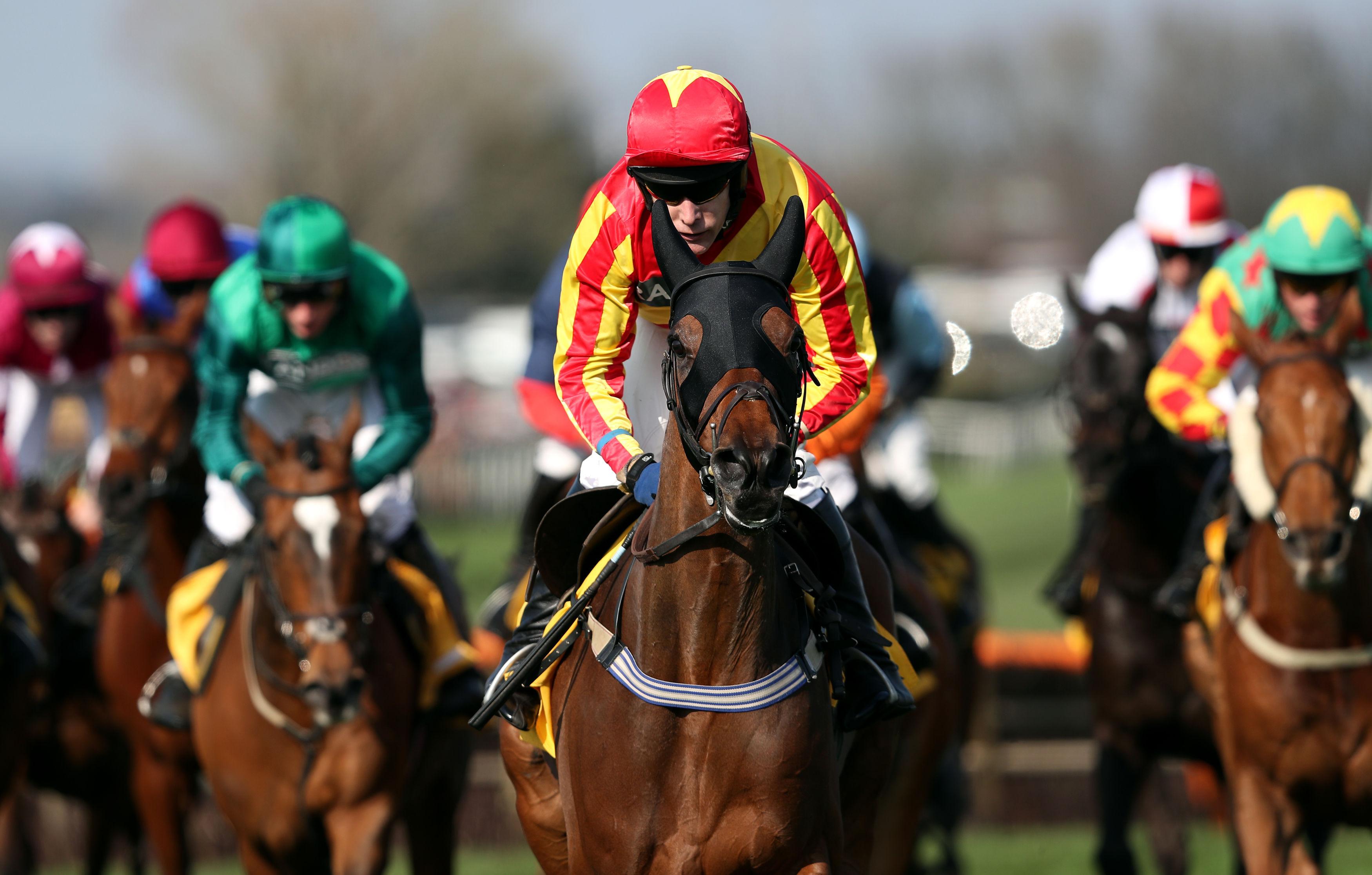 HELL’S KITCHEN should serve up something tasty.

His all-the-way Kempton defeat of Mister Whitaker on Boxing Day could not have worked out much better.

He was subsequently sent off favourite for a hot Leopardstown chase but returned lame after he was pulled up. There’s no doubt he has the potential to be smart.

War Sound has finished runner-up five times in eight starts since switching to fences. He’s got plenty of ability but his record is extremely worrying.

Bouvreuil is another tricky customer. I always thought he had a decent prize in him when trained by Paul Nicholls. He can only be watched on his first start for Ben Haslam.

King’s Odyssey would need plenty of rain to have any chance and Mercian Prince is another better on softer ground.