FANION D’ESTRUVAL was a multiple winner in France and kicked off his UK career in style with an easy win at Newbury last month. That was a handicap and he steps up in class here but the distance suits and trainer Venetia Williams couldn’t be in better form. 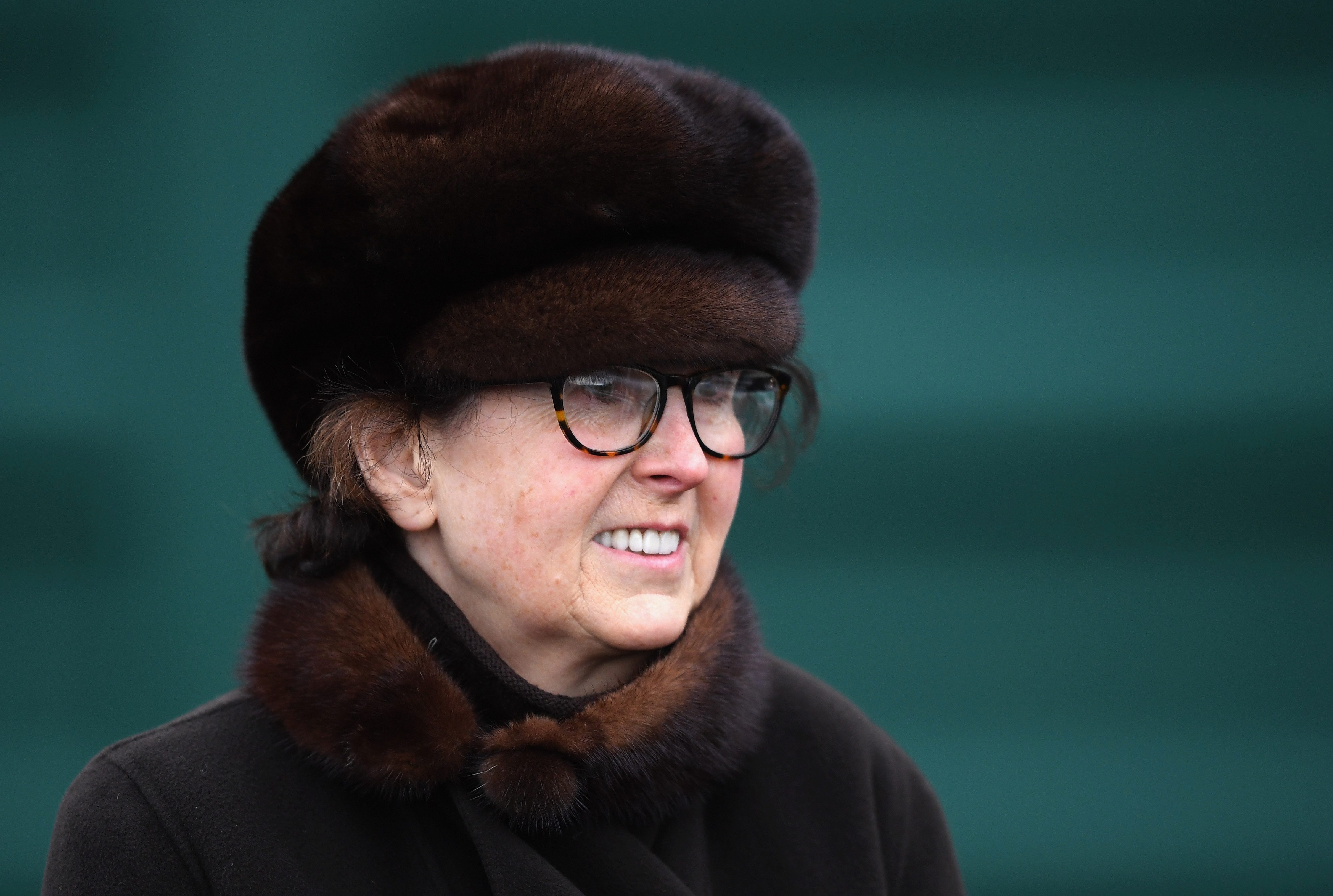 Al Dancer looks the pick of the home team having shown lots of promise since switching from the smaller obstacles. He won on chase debut at Cheltenham and was a solid second in this grade there last time. There should be a lot more to come.

Grand Sancy was a Grade 2 winner over hurdles and should have a bright future jumping fences. He was pitched into the deep end of the Grade 1 Henry VIII at Sandown earlier this month for his chasing debut. That was a tall order but he shaped well and should improve for the experience.

Rouge Vif can’t be written off despite finishing last of four behind Al Dancer last time. He’s had a breathing operation since then and jumped like a natural when winning on his chase debut at Market Rasen.

Global Citizen was classy over timber and should be better than the form of his fourth at Carlisle last time.

CULTURE DE SIVOLA was a good second in a Listed contest here last time and won this race 12 months ago. She is a fair 5lb higher this time and her rider’s claim accounts for most of that.

We know the trip and track suit well and she has no issues with plenty of cut in the ground.

Coillte Eile has taken a step forward since moving to Dr Newland and had a fair bit in hand when scoring at Ascot last month. She’s another who likes this distance and should be right there.

Oscar Rose was fourth in that race and appears to have a little bit to find despite being better off at the weights.

Miss Tynte had plenty in hand when scoring at Plumpton latest and trainer David Pipe is in decent form so she is another to consider.

Coded Message has been knocking on the door on all three starts this season. She was just over a length off the pace when second at Doncaster last time and has plenty of staying power.

Danse Idol comes from Paul Nicholls and is surely better than the form of her very rusty comeback at Wincanton last month. She has placed form in Graded company so is a big threat. 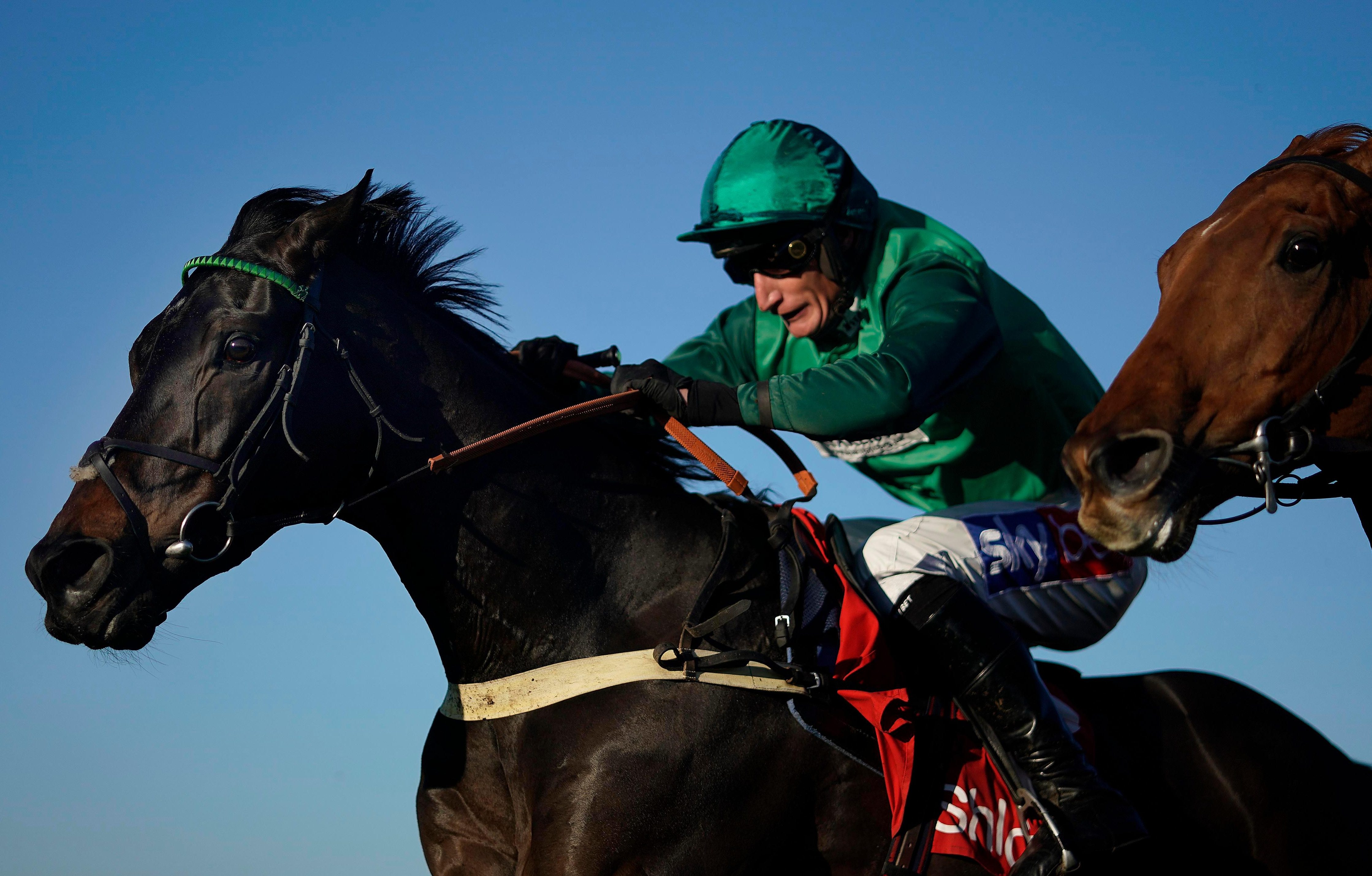 SCEAU ROYAL was a Grade 1 winner as a novice and looks the one to beat. He was clearly rusty on his comeback in the Tingle Creek last time where he could finish only sixth.

His form last season is strong enough as he saw Altior’s backside several times at the highest level. He’s not here today and Alan King’s star can cash in over his favourite trip on ground that holds no fears.

Duc Des Genievres won the Arkle in March and has looked in need of both outings this season. He didn’t seem to enjoy stepping up to 2m4f at Punchestown earlier this month and will be happier today. His form of last season would see him go mighty close.

Capeland looked better than a handicapper when winning easily at Ascot last time — after being involved in a farcical finish at the track on his previous visit. He likes this trip and won’t mind some cut. He gets weight from his two main rivals which helps his chances.

Bun Doran has been running well in hot handicaps, including when second in a tight finish at Newbury. This is tougher while Caid Du Lin will find this much harder than his Ludlow win nine days ago.

BELAMI DES PICTONS has been hard to get on the track but he showed plenty of ability when fourth on his latest comeback at Cheltenham last month.

It was a tall order to return in the BetVictor Gold Cup but he shaped well and finished strongly over the 2m4f trip. He goes up in distance here on ground he likes and with the benefit of that run under his belt.

Sametegal is another with few miles on the clock for his age. He was a game second on return at Newbury and a 4lb rise in the weights for that looks fair.

Just A Sting was a fair fourth in the Badger Ales at Wincanton latest when errors proved costly. He’ll have to jump better but looks on a fair mark.

Speredek has had a wind op since a modest effort at Ascot. He’s been out of form for a while but is proven at this level and could hit the frame.

Deauville Dancer was a good second at Exeter latest but this opposition looks a little tougher. Highway One O One is inconsistent but likes it here and could figure if this is a going day. 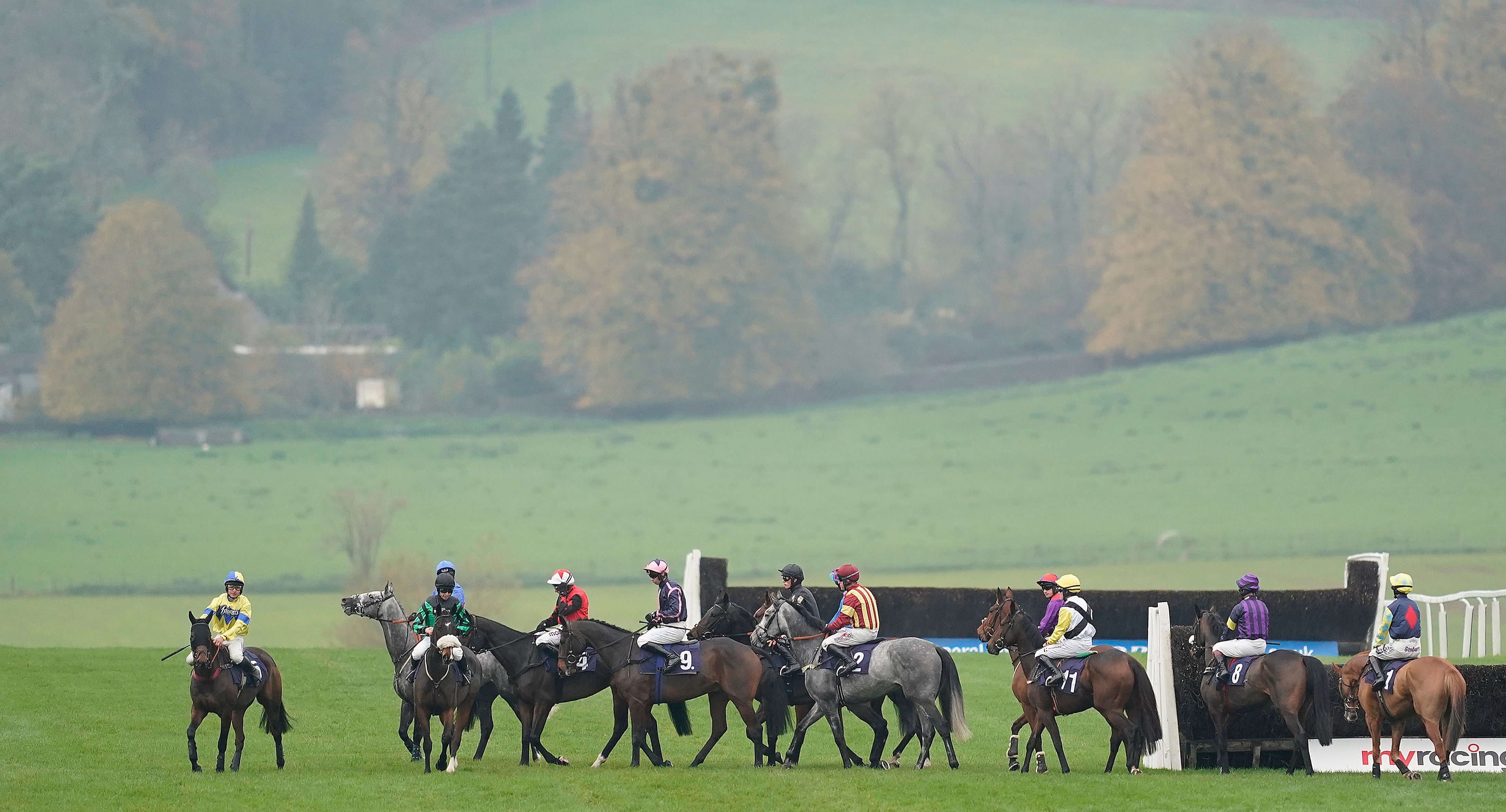 ECEPARTI has been really impressive when winning on both chase starts since switching from hurdles. He started with a three-length win here before hammering his rivals at Wetherby last time. The handicapper has shoved him up 11lb but he should be better than that.

Whatswrongwithyou was tanking along in good company at Newbury last time before a bad mistake ended his hopes. He went well before that and could easily bounce back.

Springtown Lake is coming down the weights but has a little to prove after some modest runs. He is having his sights lowered here and that could make the difference.

Lord Bryan is a big price but has a good record at this track with two wins from his three visits. He showed little here over hurdles on comeback but could do a lot better today.

Kayf Adventure didn’t enjoy the National fences in the Grand Sefton at Aintree but has decent form on this ground and is capable of bouncing back.

One For Billy has been off the track for more than a year and is best watched given he looks high in the weights for what he’s achieved over fences.

By placing a £10 bet on today's NAP CULTURE DE SIVOLA, William Hill will give new customers £30 in free bets.

You can then place one of the £15 free bets on one of his other strong fancies, Allmankind or Tarada.

This leaves you with one more £15 free bet to place, which you can put on the treble which would win you £257 if it lands.
BET WITH WILLIAM HILL HERE

ALLMANKIND showed his liking for heavy ground when winning in style at Cheltenham last time out. That was a Grade 2 contest and he showed plenty of pace despite the conditions to strike. That was just his second hurdles run so there should be more to come.

Cerberus has a little more experience and impressed when taking a Fairyhouse Grade 3 earlier this month. He is proven on soft and looks by far the biggest danger.

Tavus won a real battle at Newcastle on his hurdles debut and the form has been boosted by the second landing a decent victory last time out. He relished getting his toe in and looks open to lots of improvement. The others appear to have a lot on their plate.

The pick of them appears to be Elysian Flame from canny Mick Easterby. He was a useful handicapper on the Flat and created a good impression on his hurdles debut in a fair race at Cheltenham 13 days ago. He was third there despite making novicey errors and has more to offer.

Maskada won a minor contest in a battle at Warwick on her hurdling debut. This is a much taller order.

ACEY MILAN almost landed a Grade 3 at Haydock last time when first-time cheekpieces helped him to concentrate. He saw out the three miles well and a 4lb rise in the weights looks fair. This is a drop in grade and he can strike.

Perfect Man showed lots of heart to win here last time out. He was hampered at a crucial stage so it took plenty of guts to land the victory. The handicapper has been a little harsh with an 8lb rise but his course form is a major asset.

Clyne spends most of his time in better races than this and looked in decent heart when fourth at Aintree earlier this month. He likes soft ground and has dropped to 3lb lower than his last handicap win. His best form would see him on the premises.

Eva’s Oskar may find this ground a little on the testing side. It seemed that way when he was sixth at Cheltenham last time but he won well here before that so can’t be ruled out.

Ask Dillon is back from a long break but did well as a novice and could have a big say if seeing out this longer distance. 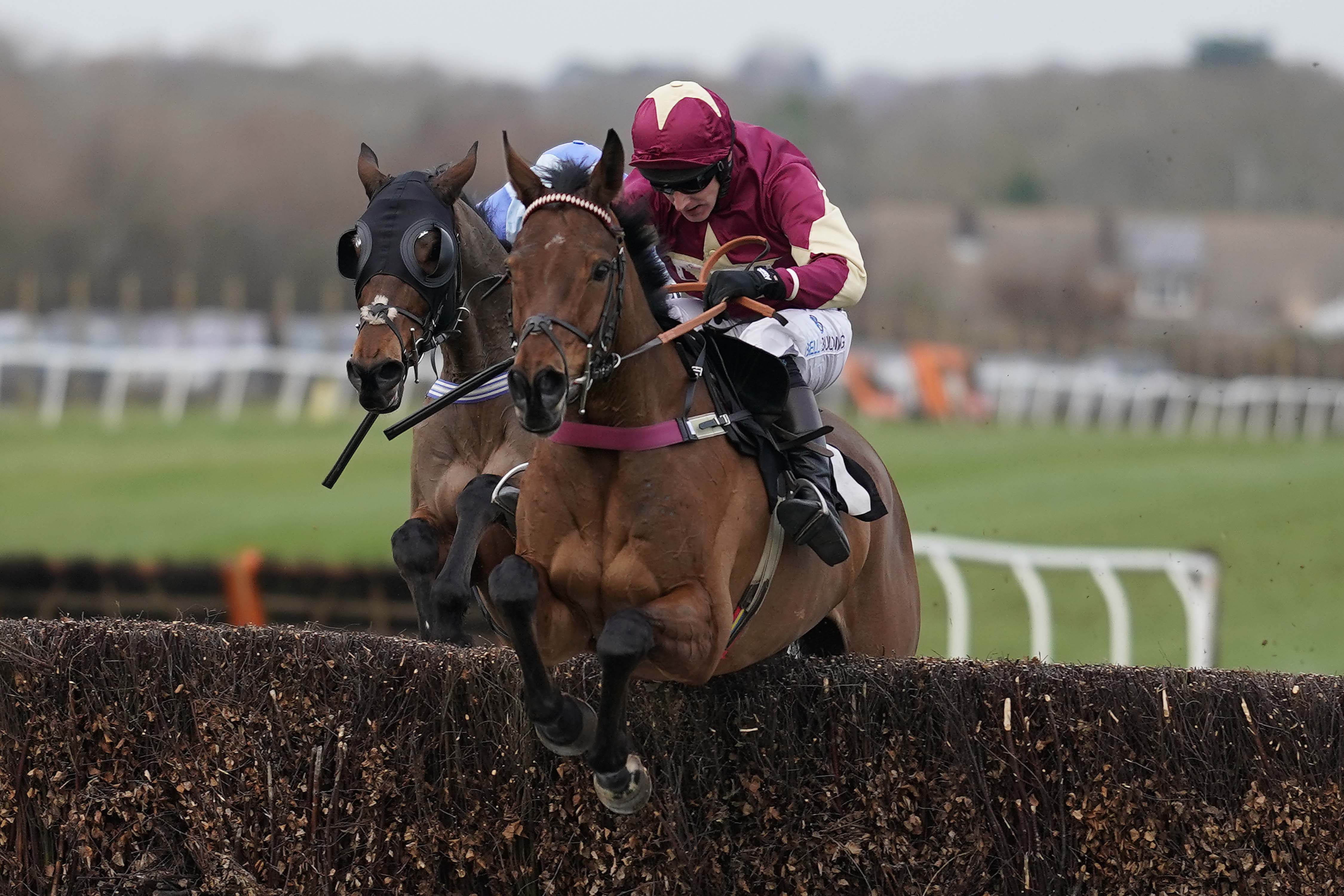 THE TWO AMIGOS can land Welsh National glory. He’s rising nicely through the staying ranks and shaped well when third in the Southern National at Fontwell last time.

He travels really well and has fewer miles on the clock than several of these rivals. He’s a big price to reach the frame at least.

Elegant Escape won this 12 months ago and will be hard to beat again. He was a good second in the Charlie Hall at Wetherby on comeback and ran a cracker in the Ladbrokes Trophy at Newbury when third. He likes this longer distance and has every chance despite his big weight.

This could be a real slog which is ideal for Potters Corner who won the Midlands National at Uttoxeter in bottomless ground. He’ll just keep going.

Truckers Lodge landed a gutsy win at novice level over three miles here last time. This is a tougher race but he’s open to improvement.

Captain Chaos is another place claims at long odds. He went close at Newcastle last time and was sixth in the Kim Muir at Cheltenham so will have no issues getting home.

Yala Enki hasn’t been with Paul Nicholls long and has form in races like this, while West Approach has plenty of quality if he decides to combine that with effort today.