ONE FOR ROSIE progressed well last season and finished the campaign with a good third in a Grade 1 contest at Aintree. Before that he went close in a hot handicap at Sandown after a couple of good novice wins. 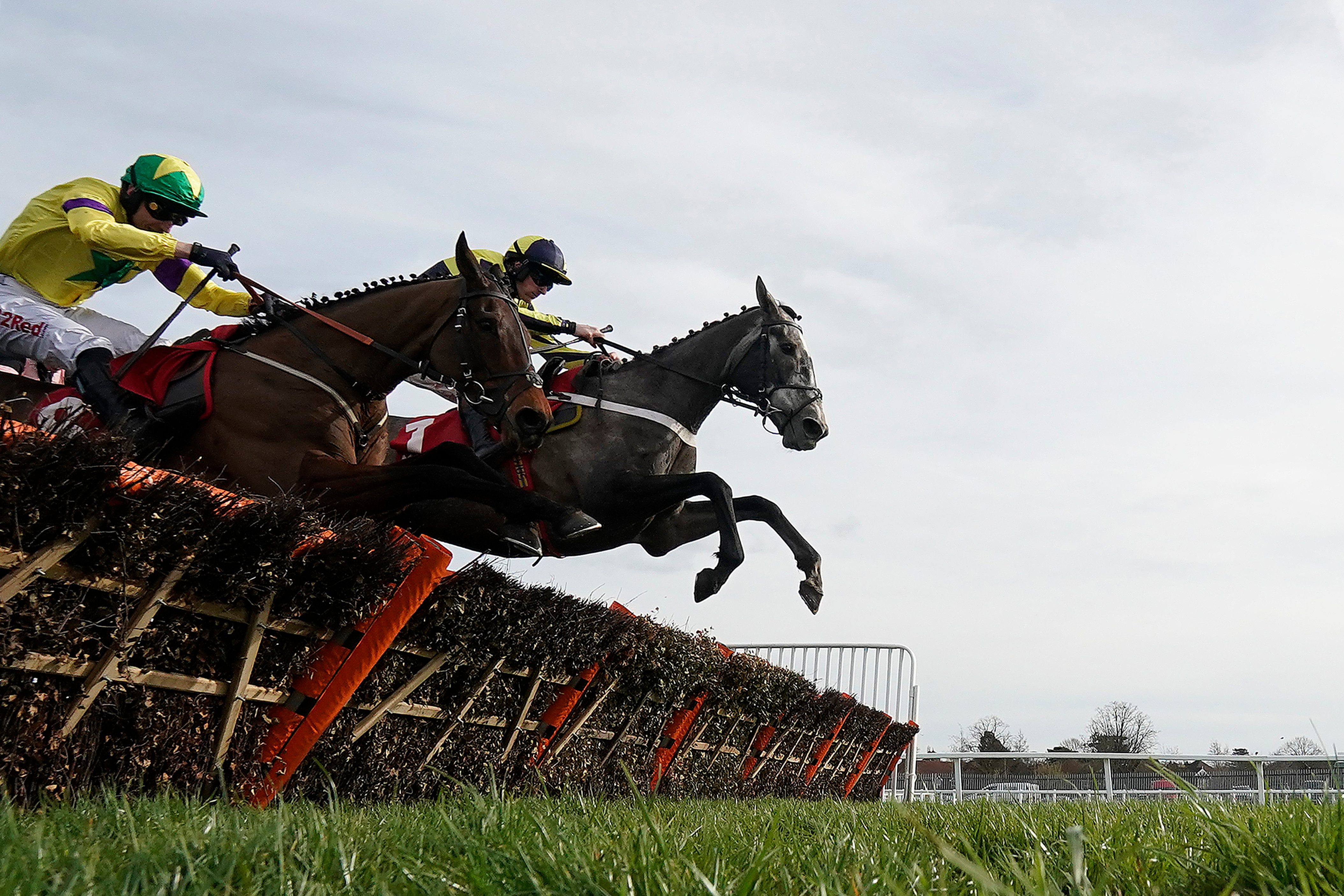 Nigel Twiston-Davies has his horses in excellent order and he goes well fresh. Sevarano has taken a big step forward in winning both his starts this winter.

He had plenty in hand when winning here last time when moving up to this distance suited well. He hasn’t been been clobbered by the assessor on this handicap debut.

Colonial Dreams won well at Sandown when last seen in April. That’s the sort of form that can win this but some of the Nicky Henderson horses have needed their comeback run.

Stablemate Soul Emotion has been out this term and is a proven stayer. He is 10lb higher than his last win but should be competitive.

Now Look At Me has been knocking on the door and was a solid second at Fontwell last month. He is creeping up the weights without winning but has more to offer.

Point Of Principle ran well without getting his head in front last term. He is up 5lb for an Aintree second but could find more.

COPPERHEAD has more than matched his solid hurdles form since switching to fences. He had plenty in hand when scoring at Wincanton last time where stepping up to this distance worked wonders.

This ground suits and there’s more to come. Colobo had five lengths in hand when winning at Haydock earlier this month. He’s got plenty of stamina and can cope with a 7lb rise in the handicap.

Polydora needs to brush up his jumping but has dropped to the sort of mark that saw him win at Newcastle this time last year. He stays well and enjoys cut in the ground.

Moving In Style looked rusty on comeback at Exeter and improved on that with a decent second at Haydock last time. That should see him spot-on for fitness and he is weighted to hit the places.

Boughtbeforelunch is rarely out of the frame as was the case in an amateurs’ race at Sandown 22 days ago. He has lots of stamina but is creeping up the handicap now.

Strong Pursuit comes from the Hobbs-Johnson team so is respected. He has been plagued by issues and lost a shoe when pulled up here in March. A market move would be interesting. 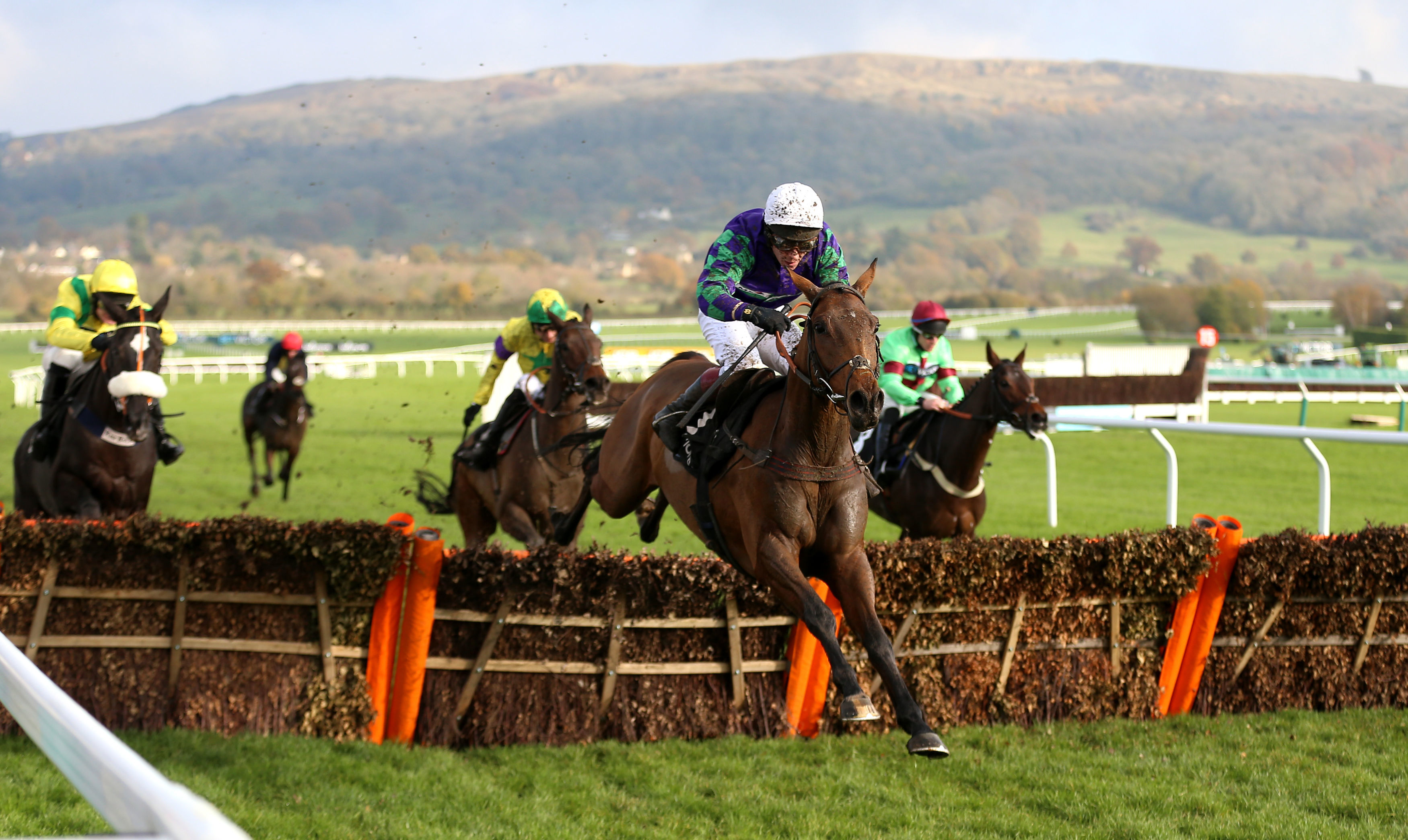 THYME HILL was third in the Champion Bumper at Cheltenham in March and has made a brilliant start to his hurdling career. He was pitched straight into the Grade 2 Persian War at Chepstow which he took with plenty left.

Then came the Hyde at Prestbury Park where he loved the longer trip in testing ground to strike well. This is tougher again but he can meet the challenge.

The Cashel Man had 10 lengths in hand when winning a decent handicap here last month. The second has let the form down slightly but it was a commanding effort and he should go well again.

Enrilo is another with a Graded success under his belt. He stepped up in class to score at Sandown latest and this slightly longer trip should be fine. The other two look a little short of this level.

Éclair Surf looks the better of the two after a bloodless win in an Exeter novice event on debut. He went through the heavy going well and can show more.

Stick With Bill accounted for some modest rivals at Ffos Las but should find this company much tougher.

MORNING VICAR can get off the mark on his chasing debut. Nicky Henderson has pitched him straight into a handicap and he shaped well over hurdles at Kempton last time.

He has gone well here before and is a real contender. Diable De Sivola came right back to his best when a close-up second at Plumpton last time out.

He was boxing on over that shorter distance so should have no issue staying. The ground suits and he races here off the same mark. He could land a long overdue chase win.

Tidal Flow had plenty in hand when scoring at Uttoxeter earlier this month. He didn’t have a lot to beat but did it very nicely. He should go close although the handicapper is taking no chances with his opening mark.

Kapgarry didn’t fire at Ascot latest but earlier ploughed through the mud to score well at Wetherby. It wouldn’t be a shock to see him bounce back.

Mellow Ben looks a little high in the weights but he likes this trip and is better than he showed at Market Rasen latest.

Commodore Barry was leading when running out at Leicester last time. He went close on his other two runs over fences and can’t be written off. 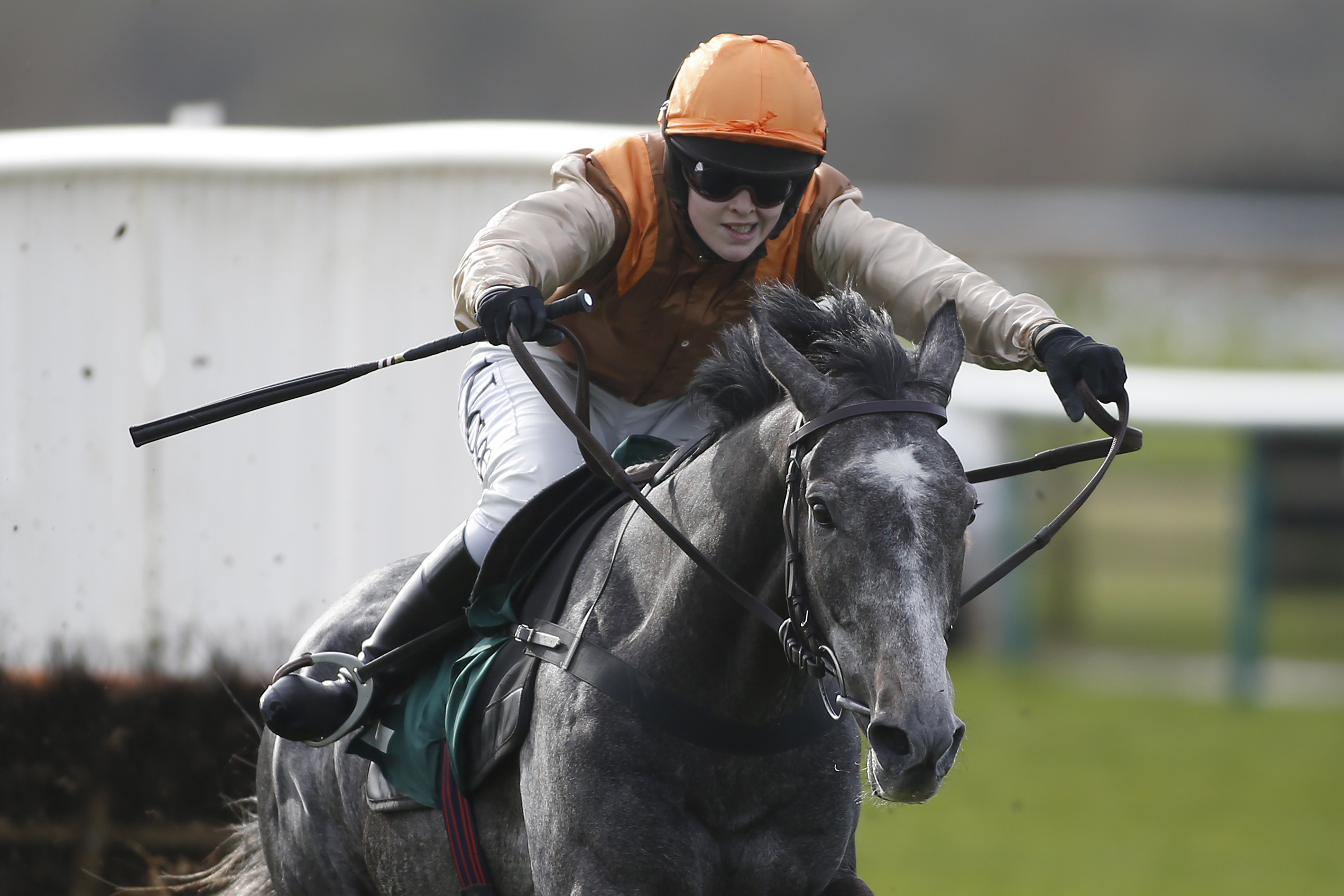 NIGHT OF SIN can take this wide-open contest. He won nicely on his last visit here in February when seeing out this trip well. He’s effectively just 1lb higher in the handicap thanks to his rider’s claim.

Glance Back loved the heavy ground to score by 25 lengths at Southwell latest. He is another with winning course form and he should be competitive again.

Eureu Du Boulay cruised to victory over hurdles in France last time to end his losing run. He has some ability over fences and this trip and ground are both right up his street.

Belargus wasn’t disgraced on his handicap chase debut at Southwell earlier this month. He’s had a little help from the assessor which could make all the difference.

Florrie Knox was useful over timber and there was some promise about his first chase run at Bangor last month. Moving into handicap company should help and trainer Alex Hales is in decent form. That could be a factor in this modest contest.

Prairie Town is a quirky customer who has been in decent form since switching to chases. He was second at Kempton before playing up at the start before finishing fourth at Sandown. He should stay and has some ability.

By placing a £10 bet on today's NAP COPPERHEAD, William Hill will give new customers £30 in free bets.

You can then place one of the £15 free bets on one of his other strong fancies, Bridgewater Bay or Trincomalee.

This leaves you with one more £15 free bet to place, which you can put on the treble which would win you £320 if it lands.
BET WITH WILLIAM HILL HERE

MASTERS APPRENTICE looks a nice prospect who had seven lengths in hand when scoring at Sedgefield last time.

That was just his third run over timber and his second success after he scored in the mud at Uttoxeter on debut. The handicapper has shoved him up 8lb but he should be capable of coping with that.

Destin D’Ajonc has moved to Jonjo O’Neill from Gordon Elliott in Ireland. He needed his comeback at Sandown before a good third at Wetherby earlier this month. This trip is ideal in testing ground and he won’t be far away.

Little Rory Mac cruised to victory by seven lengths at Market Rasen under today’s 10lb claiming rider. He’s gone up the weights but is clearly in good heart and should be competitive again.

Aintree My Dream is turned out quickly after a good third at Ascot last week. He drops in trip but his stamina should be an asset in the conditions. He is on a fair mark and has an each-way shout.

Ballyellis is another live contender. He won a claimer and a couple of sellers earlier this season and held his own in handicap company at Hereford. The softer the better for him.

ARABIC CULTURE can do no wrong at the moment and did well to win at Wolverhampton last time.

He had to motor right around the field and caught the leader right on the line. He likes this trip and has a good record in this class.

Blue Medici looks a threat after winning with a bit up his sleeve at Wolverhampton last month. He sees out this distance really well and can overcome an iffy draw.

Blowing Dixie has an each-way shout but his best form has come at Southwell where the ground is much slower. Battle Of Marathon has been knocking on the door and went well for today’s 3lb claimer when he was last on board.

He has a chance, while Pirate King has had a little help from the handicapper after a modest effort at Kempton. He is better than that. Petit Palais has been hurdling with some success and is interesting back on the level.

He was with John Gosden as a youngster and won over this trip. Emenem and Seafarer are both taking a drop in grade. The former won a couple of times on turf this summer and has talent. The latter showed some promise here last time and is down the weights.