URGENT DE GREGAINE has a good record over this course and has hit the frame at the past two Cheltenham Festivals.  He doesn’t have a horse like Tiger Roll to contend with this time and he won’t mind the testing ground. 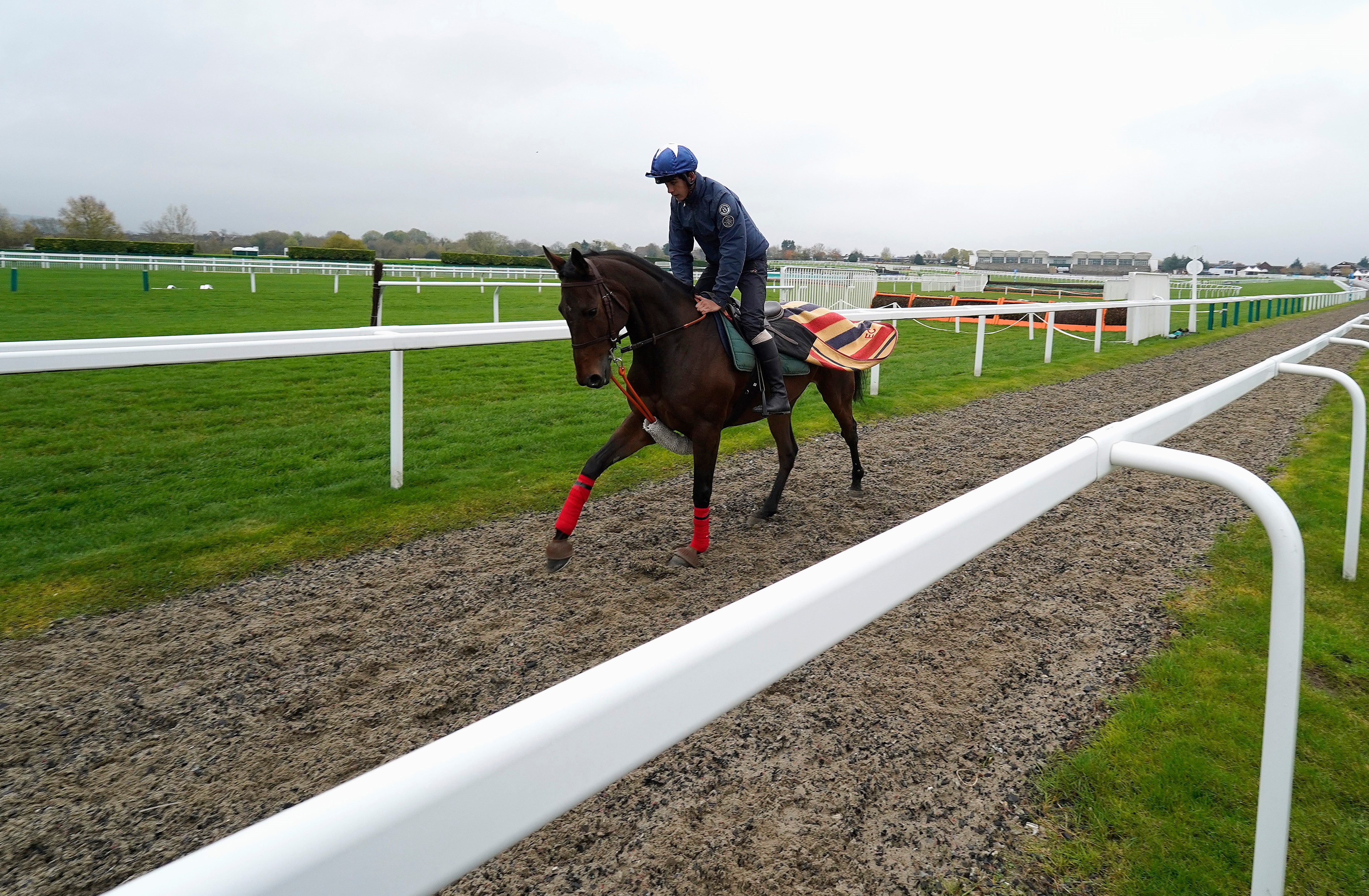 Fact Of The Matter is another who enjoys the unique test and was second in this race 12 months ago. He then won at the December meeting and is just 3lb higher today.

That mark gives him every chance. Kingswell Theatre won this in 2017 and is fit from a comeback fifth at Sedgefield. He goes off a similar weight and is lightly raced for a 10-year-old.

Tea For Two is not the horse he was but showed some promise over this track at the Festival. He was just starting to figure before unseating Lizzie Kelly.

He is down the weights even before his rider’s 5lb claim and could be competitive. Chic Name is a useful handicapper who stays extreme distances.

He came back from a break over hurdles last time and should be a lot fitter today. Dawson City is another who just keeps going and could nick a place if this turns into a proper slog.

GETAWAY TRUMP looked rustier than an old gate when beaten by Al Dancer on his comeback here at October’s meeting. He loomed up like the winner at the bottom of the hill only for the lack of a recent run to tell in the closing stages.

It was a satisfactory comeback and he can reverse those placings with the Nigel Twiston-Davies runner.

That won’t be an easy task as Al Dancer largely jumped well and had a bit up his sleeve crossing the line. The 3lb penalty will make life a little bit tougher but he’s also in for a good season.

Put The Kettle On could also have plenty to say. He was a close second in a Tipperary Grade 3 last month and Henry De Bromhead wouldn’t be bringing him over with no chance.

This is a useful quarter of young chasers and Rouge Vif won’t be a pushover either.

He was tenth in the Supreme Novices’ Hurdle and caught the eye with an impressive chase debut win here last time. He has stronger opposition today but could progress. 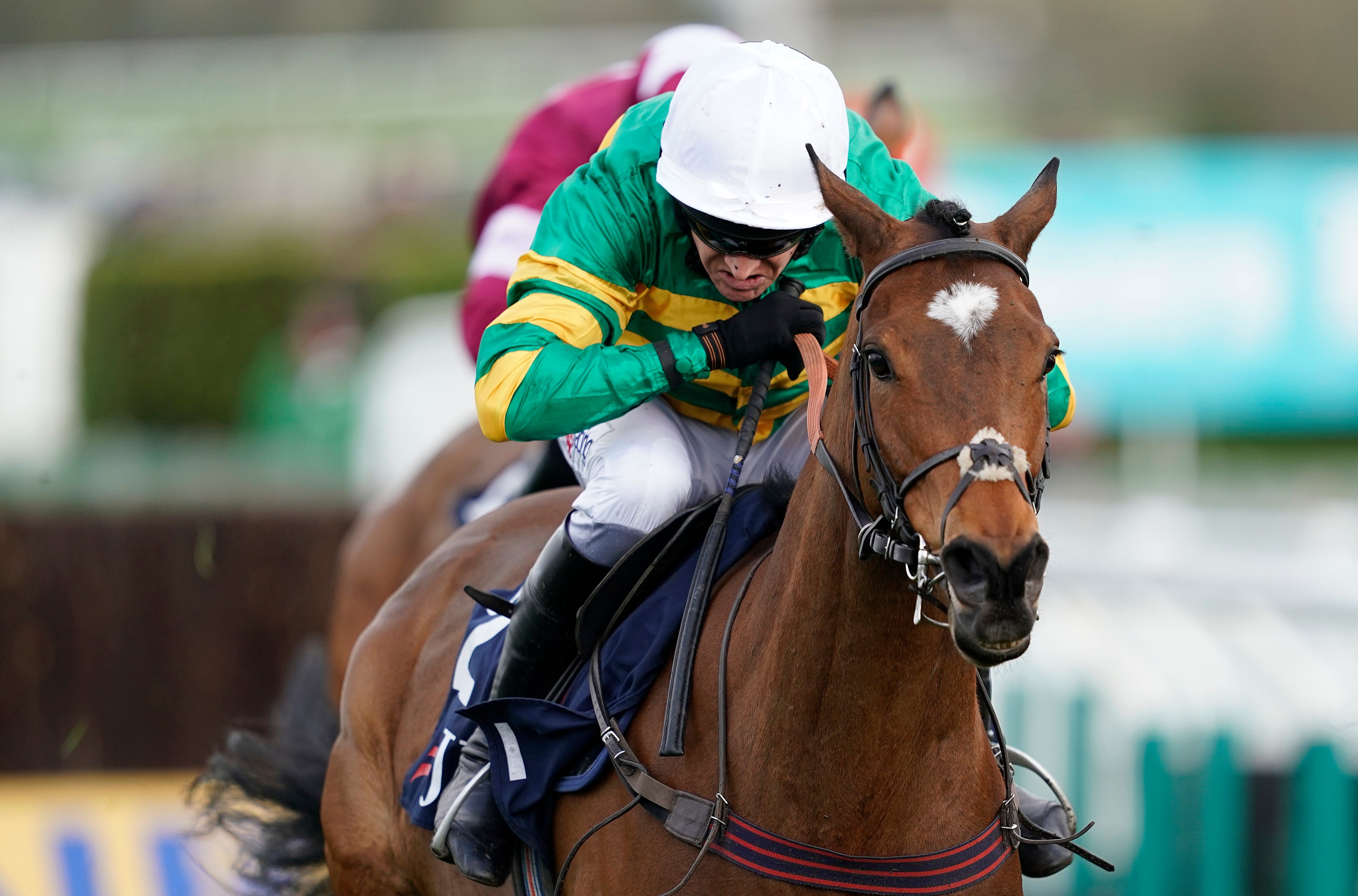 DEFI DU SEUIL would prefer an extra couple of furlongs but the soft ground will bring his stamina into play. He was a convincing winner of the JLT Novices’ Chase at the Festival in March over 2m4f.

He jumped well there and travelled like a top-class performer. He was then dropped back to this trip for an excellent second to Chacun Pour Soi at Punchestown.

Trainer Philip Hobbs said then that he thinks the six-year-old needs it softer over the minimum distance and he gets that today.

Politologue looks the biggest danger having finished second in the Champion Chase on his last run here. This is very much his distance and he won’t mind some give in the ground, although he wouldn’t want it bottomless.

He has won on comeback for the past three seasons so there are no fitness issues. Saint Calvados got the job done well in the mud here at the October meeting.

That was a handicap so he has more on his plate today. He was third in a Leopardstown Grade 1 last season so deserves to take his chance.

Simply Ned has won a Grade 1 in Ireland for the past two Christmases and is surely being aimed at that race again so may not hit top gear today.

QUEL DESTIN has two wins from his three trips to Cheltenham and the only blip was hardly a bad one when finishing fifth in the Triumph Hurdle.

He had a spin on the Flat before winning with a little in hand here last time. He’s gone up the weights but he will be fine on the ground and can run another big race.

Did Gumball idle when almost caught at Ascot last time or was he at the end of his tether? He is an improving hurdler and that was an excellent win but the extra 8lb and Cheltenham’s hill puts you off slightly today. Maybe wait for him to tackle a flatter track or back him each-way.

Benny’s Bridge was impressive when winning by eight lengths here last month and the handicapper has shunted him up 10lb. That makes life tough but he has won well on both starts at Cheltenham and looks progressive.

Zanza had to battle his way through when winning at Newbury latest and goes off the same mark as that was conditionals’ race. Richard Johnson takes over today and he must be on the shortlist.

Monsieur Le Coq held on well to win after a break at Ffos Last. He was fancied for the County Hurdle when finishing midfield and likes this trip. He’s another who has taken a walk up the weights. 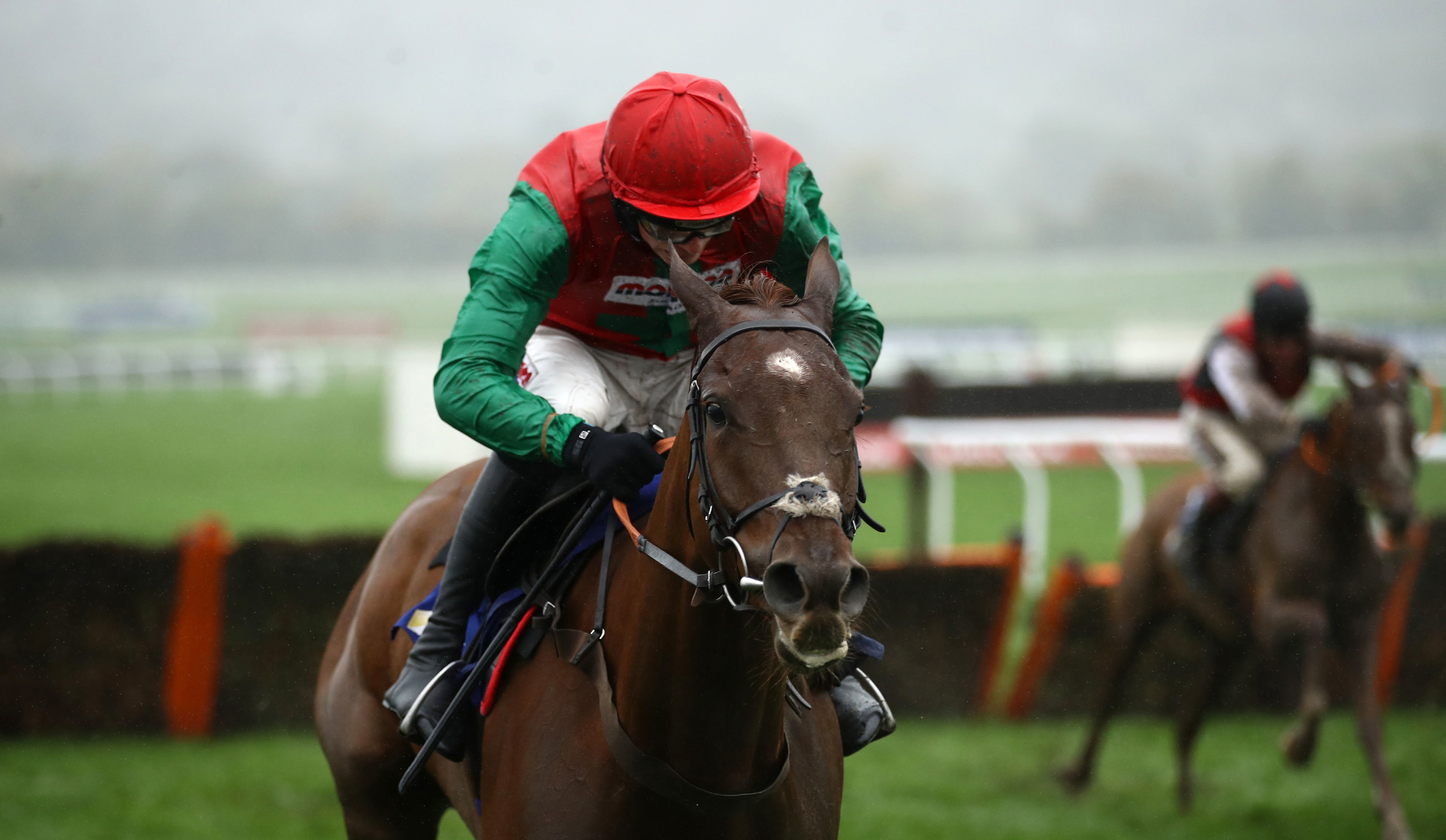 ECCO hasn’t been taxed in winning both his starts this season and can step back into Graded company to land a hat-trick.

He was pitched into the Adonis at Kempton for his UK debut before running a fair sixth in the Triumph at the Festival. He likes this trip and has a lot more to offer.

Pacify is progressing nicely and made it five wins on the spin when winning a Kempton Listed race last time. He travels like a quality performer and can give my fancy plenty to think about.

Hang In There warrants this step up in class after a convincing success at Exeter latest. He went from the front there and kept pulling out plenty more when needed.

By placing a £10 bet on today's NAP QUEL DESTIN, William Hill will give new customers £30 in free bets.

You can then go on to place two of these £10 free bets on his other strong fancies, Getaway Trump and Time Flies By.

This leaves you with one more £10 free bet to place, which you can put on the treble which would win you £490 if it lands.
BET WITH WILLIAM HILL HERE

THE TWO AMIGOS needed his comeback over hurdles at Uttoxeter last month and should be much fitter today. He landed three wins last season over marathon distances when the ground was on the testing side.

He was even going well when taking a tumble at Haydock in good company and has more to offer as a stayer.

Shanroe Santos won this 12 months ago and also went close at Cheltenham and Ffos Las. He can clatter the odd fence but just 1lb higher than last year and has had a breathing operation.

Chasma comes from Dan Skelton with every chance. She has gone close on both starts this autumn with good seconds at Warwick and last time at Sedgefield.

She has largely been left alone by the handicapper and wouldn’t have to improve much in ground that suits.

Captain Cattistock looked in need of the run at Wincanton after signing off last season by winning a novice contest around here. He should see out this longer distance and it’s still early days for him over fences.

The Caller does nothing but stay as he showed when beating Chasma at Sedgefield last month. He loves it soft and has chances despite a 6lb rise in the weights.