CALL a Qab for the Tattersalls Falmouth Stakes.

This is not a strong Group 1 and I think QABALA has the gears to blow this lot away. She looked special in the Nell Gwyn and then ran a cracker when third in the 1000 Guineas. It’s not worth worrying about her Irish Classic flop as nothing went right. 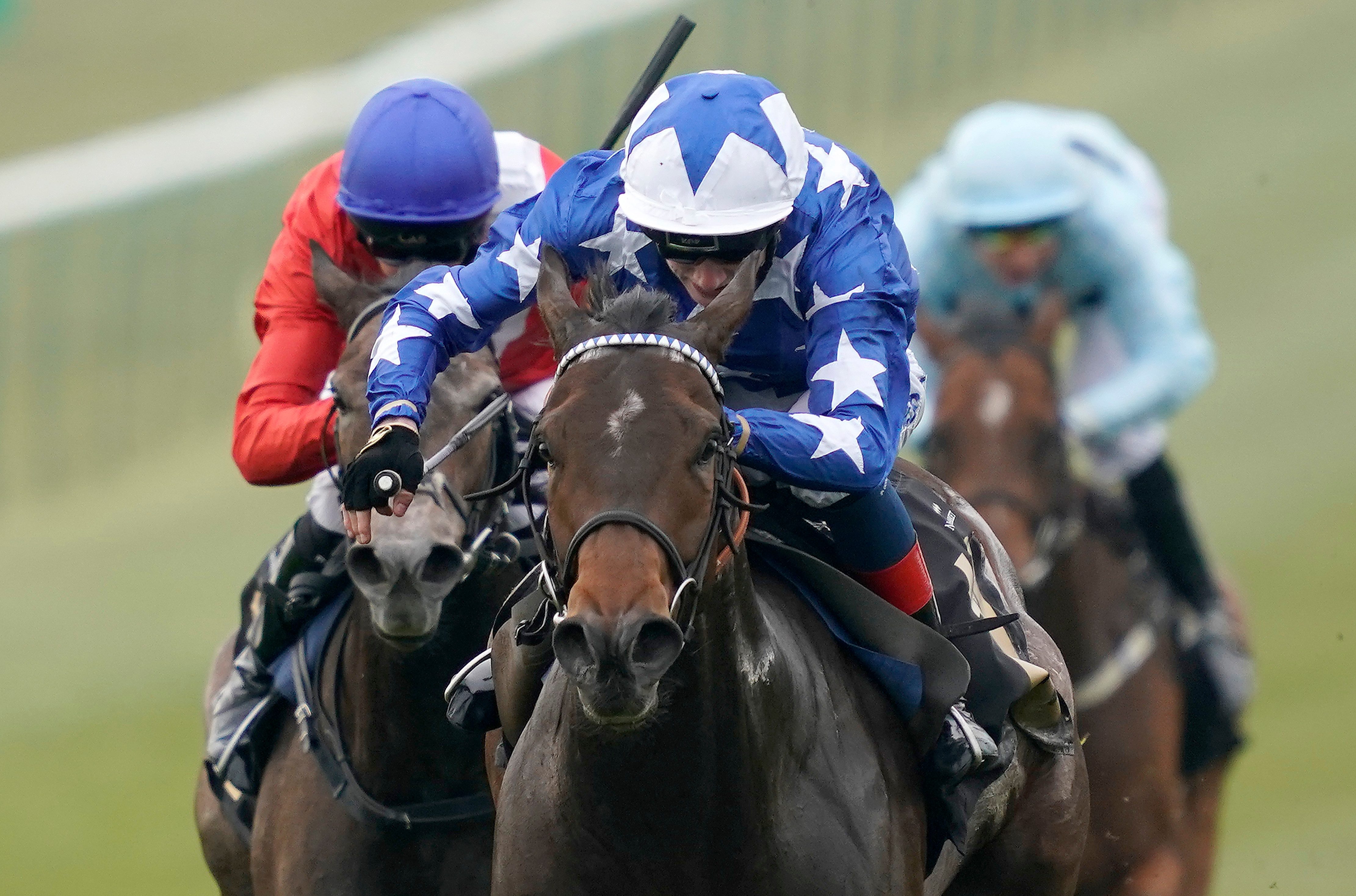 1.50 NEWMARKET: Dive into OASIS PRINCE. He rattled up a hat-trick of wins earlier in the season and he had excuses for his most recent defeats.

There was a lot to like about the way he bounced back to form at Yarmouth last time and I’m sure the form of that race is good. He clearly loves fast ground and he is still improving. His trainer Mark Johnston has an incredible record in this race having lifted the trophy five times in the last six years.

Johnston also runs last year’s Vintage Stakes winner Dark Vision. That success in Goodwood’s Group 2 contest makes him seriously interesting in this handicap. Things might not have gone to plan this season but he has faced some stiff assignments. The return to quick ground is sure to help him.

The Trader completes Johnton’s trio. He ran well in a good handicap at Epsom on Derby day having finished fifth behind subsequent Group 2 winner Headman in the London Gold Cup at Newbury.

It wouldn’t surprise me to see them all go well but I’m confident Oasis Prince is the pick of them. Aweedram, Migration and Good Birthday are best of the rest.

2.25 NEWMARKET: DAAHYEH should stretch her unbeaten run in the Duchess Of Cambridge Stakes.

She beat Raffle Prize on her debut on Newmarket’s Rowley Mile track and she confirmed the strength of that form when landing the Albany Stakes at Ascot in good style.

That Group 3 contest might not have much of a history of throwing up smart horses but I’ve a feeling it was a good race this year.

Raffle Prize is unbeaten since chasing home Daahyeh on her debut. The way she came home to win the Queen Mary at Royal Ascot was most pleasing and the return to 6f is in her favour.

Final Song was third behind Raffle Prize at the Royal meeting and much faster ground is a bit of a worry. 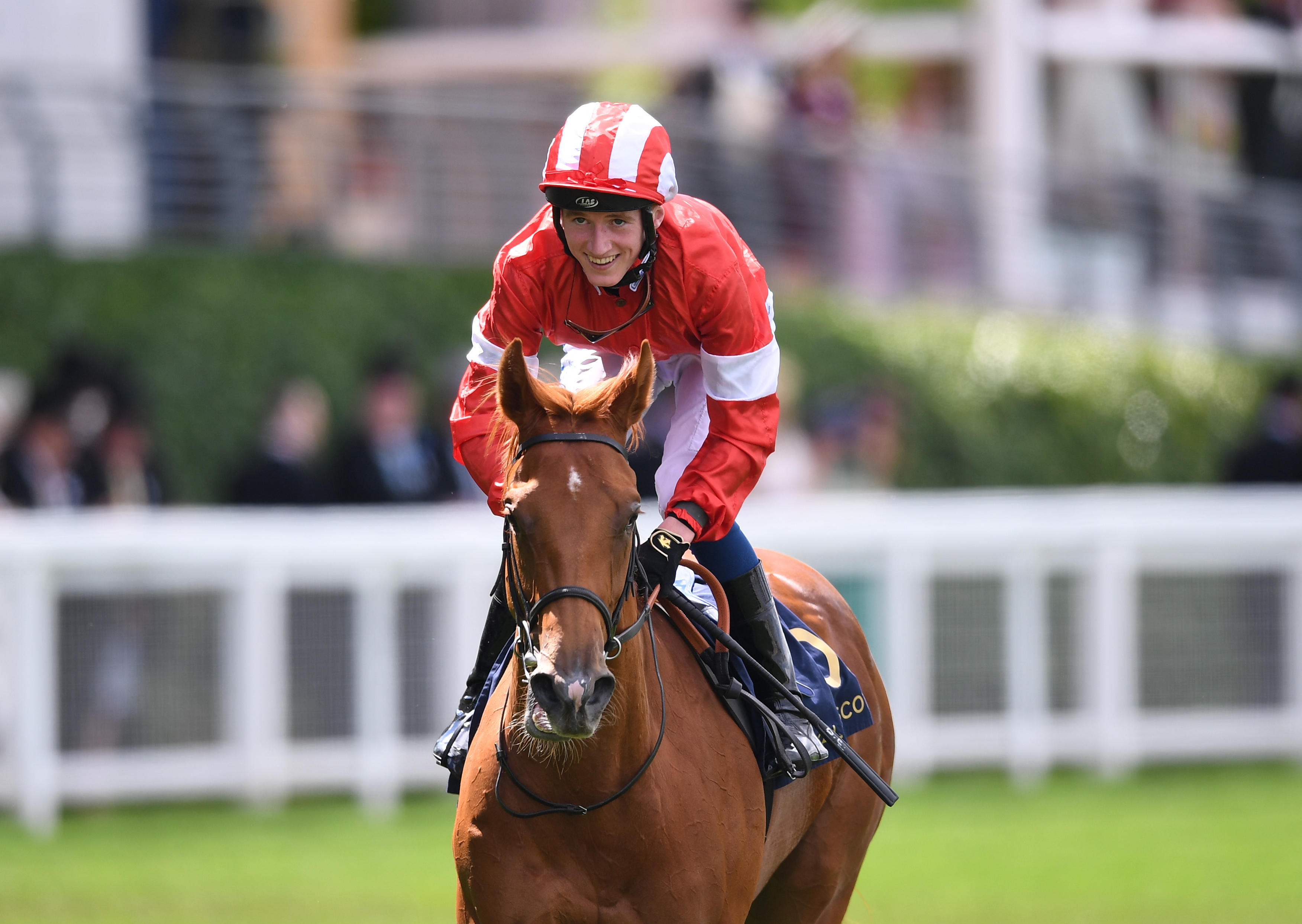 2.40 YORK: DURSTON looks a good bet to complete a hat-trick of wins. He’s unbeaten since stepping up in distance from 1m2f.

The way he sliced through the field from the rear to strike at Chester last month suggests he’s improving fast. That success came on testing ground but his previous win at Doncaster came on much quicker conditions.

Ian Williams’ Speed Company has twice gone close in good races since beating Anythingtoday at Ripon. He’s a reliable type and he’s still nicely treated on his best form for John Quinn from a couple of years ago.

3.00 NEWMARKET: SECRET ADVISOR is worth taking note of in the Bet365 Trophy. He was miles behind Ben Vrackie in the Duke Of Edinburgh Stakes at Royal Ascot but that was his first run for nearly two years.

Stall one probably didn’t help him either as he was buried away with little room to manoeuvre and I’m expecting much better today.

If you go back to his 2017 form he would have to have a great chance. His third behind Stradivarius in the Queen’s Vase was obviously a smart effort and he went on to win the Melrose at York.

Ben Vrackie was touched off by a short-head behind Baghdad at Ascot. He’s gone up another 4lbs and it has to be a concern that his sole win came in an all-weather novice race at Lingfield last July.

Outbox lost his unbeaten record when beaten a head in a French Listed race on his return to action. He has a bright future.

3.15 YORK: GLASS SLIPPERS fits the William Hill Summer Stakes. She didn’t start the season too well but she burst into form when beaten just a neck by smart prospect Rebecca Rocks in a 5f Ayr Listed race last month.

That was even better than it looked as she was on the unfavoured stands’ side and she finished well clear of the rest of her group. Queen Of Desire and Little Kim were both in behind despite racing from better draws and the return to 6f won’t be a problem for my fancy.

Unbeaten Archer’s Dream could easily bowl this lot over. She dead-heated on soft ground at Salisbury but today’s conditions should be fine for James Fanshawe’s ace.

Queen Of Desire is better over 5f and Island Of Life has shown her best form on the all-weather.

3.35 NEWMARKET: QABALA is my Fal gal. Roger Varian’s filly showed a cracking turn of foot to land the Nell Gwyn at the Rowley Mile course in April and she ran a belter when third in the 1000 Guineas.

The race didn’t pan out for her in the Irish version of the Classic at the Curragh and she was found to be ill following the race so it would be wise to put a line through that run.

Stablemate Mot Juste chased home Qabala in the Nell Gwyn but she bombed out in the Guineas. She’s not one to be writing off so soon but she clearly has questions to answer.

One Master sets the standard on her Queen Anne third behind Lord Glitters but the older milers are not a strong bunch. She would also have preferred softer ground. Beshaayir – also trained by William Haggas – is a better option.