The 31-year-old US fighter and his elite pooch have a lot in common – both strong, lightning fast units of muscle with fearsome reputations. 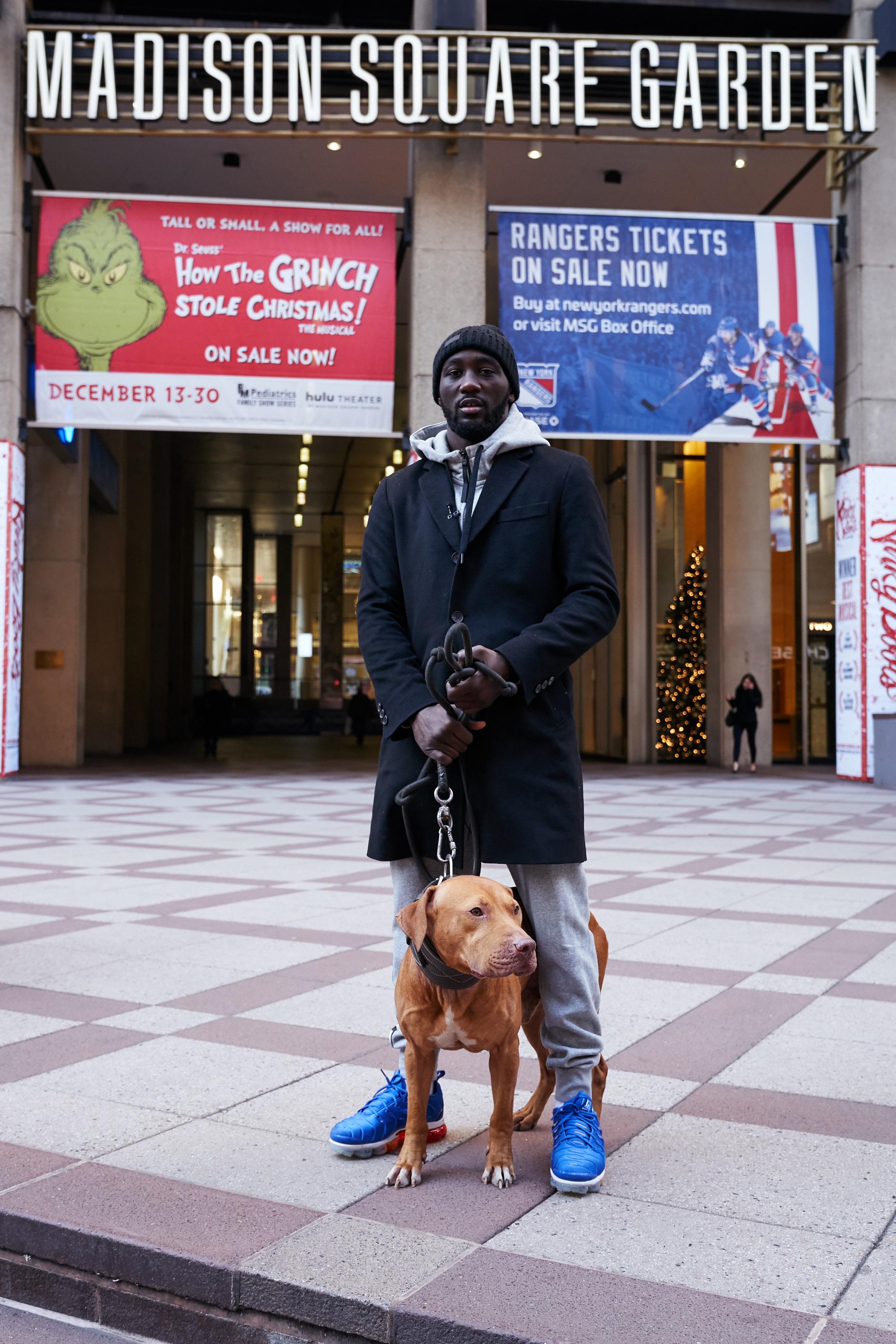 When he faces Khan at their long mooted welterweight bout, Goldie will be right there next to him in the dressing room.

Crawford, arguably the best pound-for-pound boxer on the planet with a 34-0 record, says his dog inspires him to stay calm and focused.

He told Sun Online: "Each training camp I take a dog with me, when I'm running I take the dog with me.

"It gives me that extra inspiration and push. 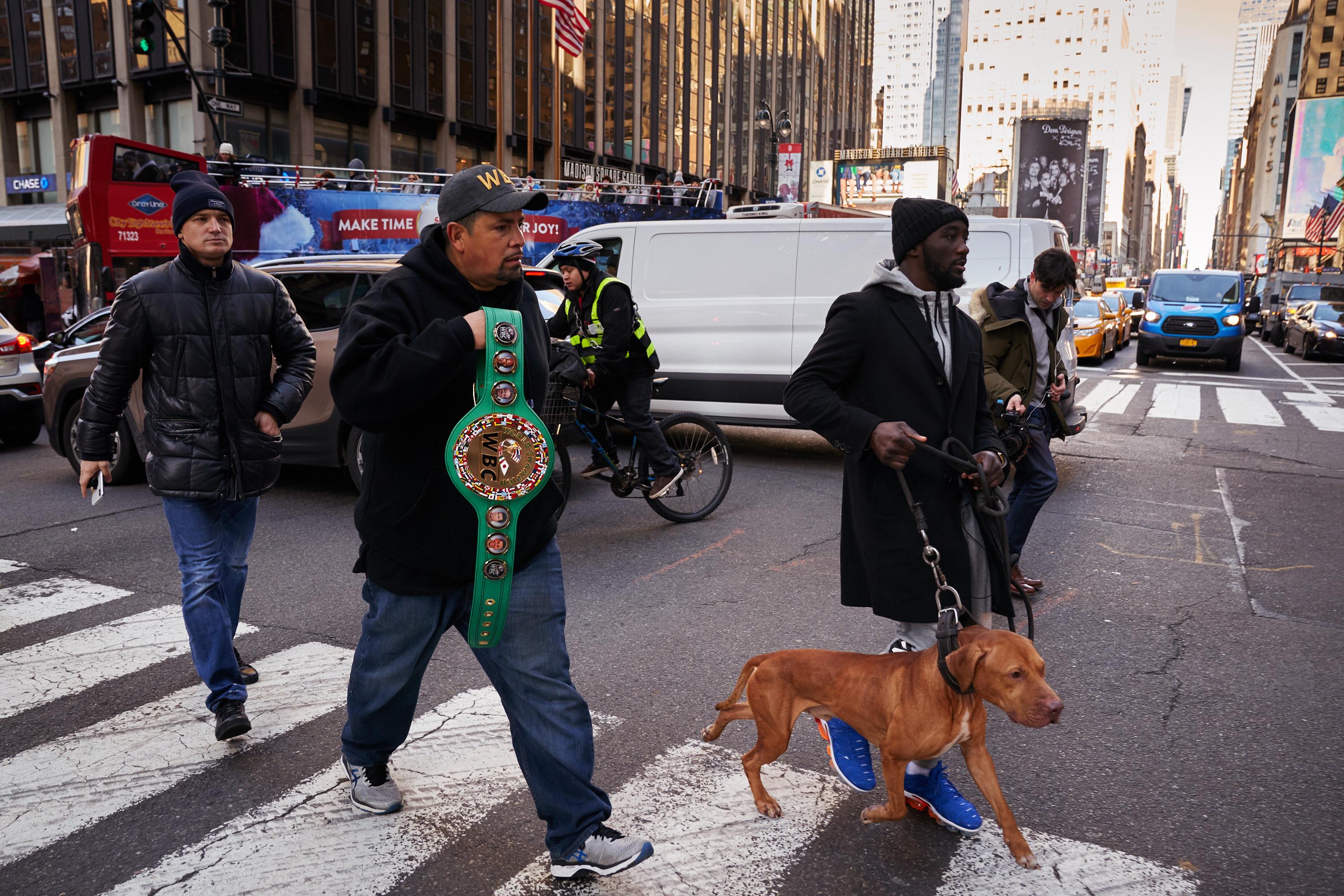 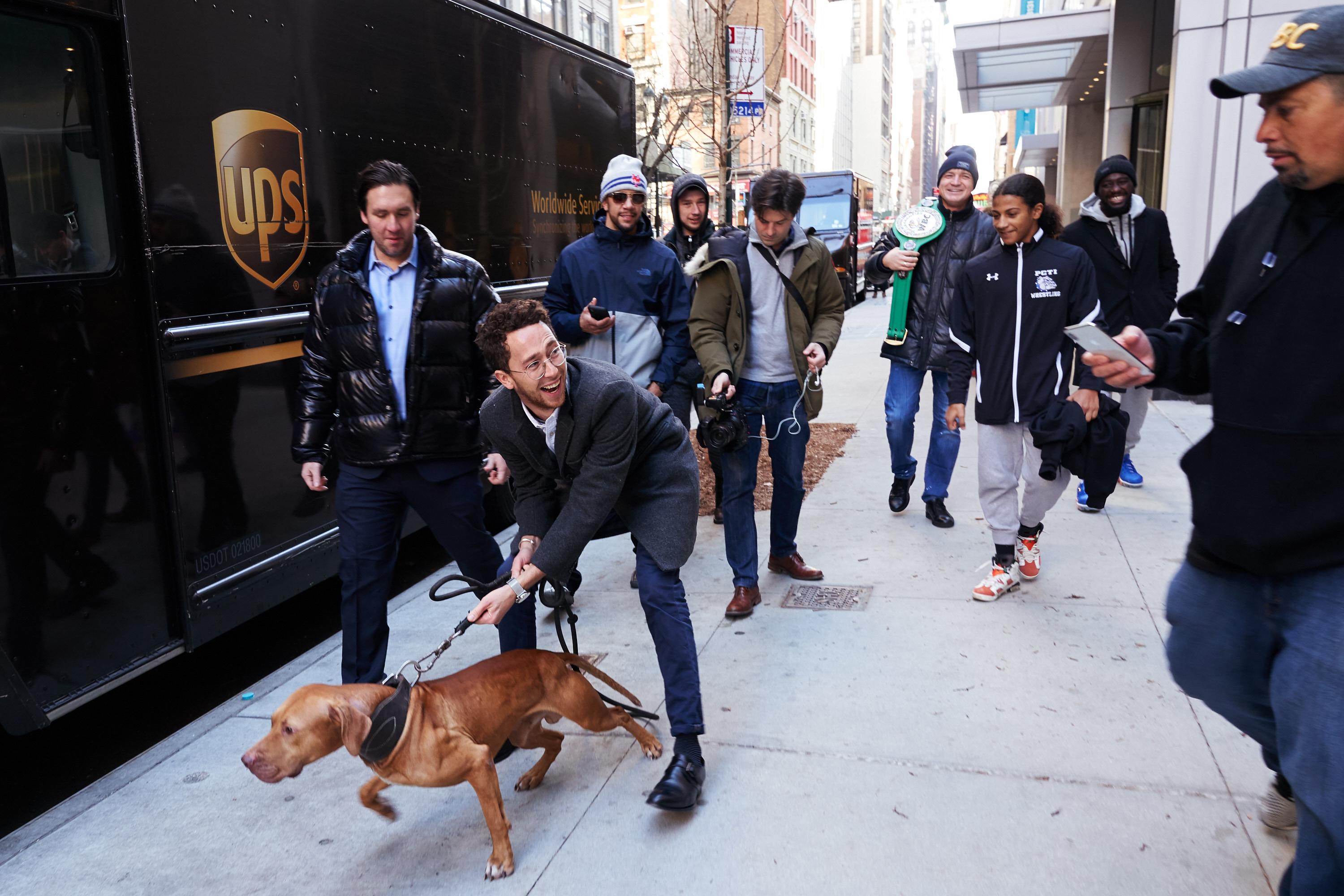 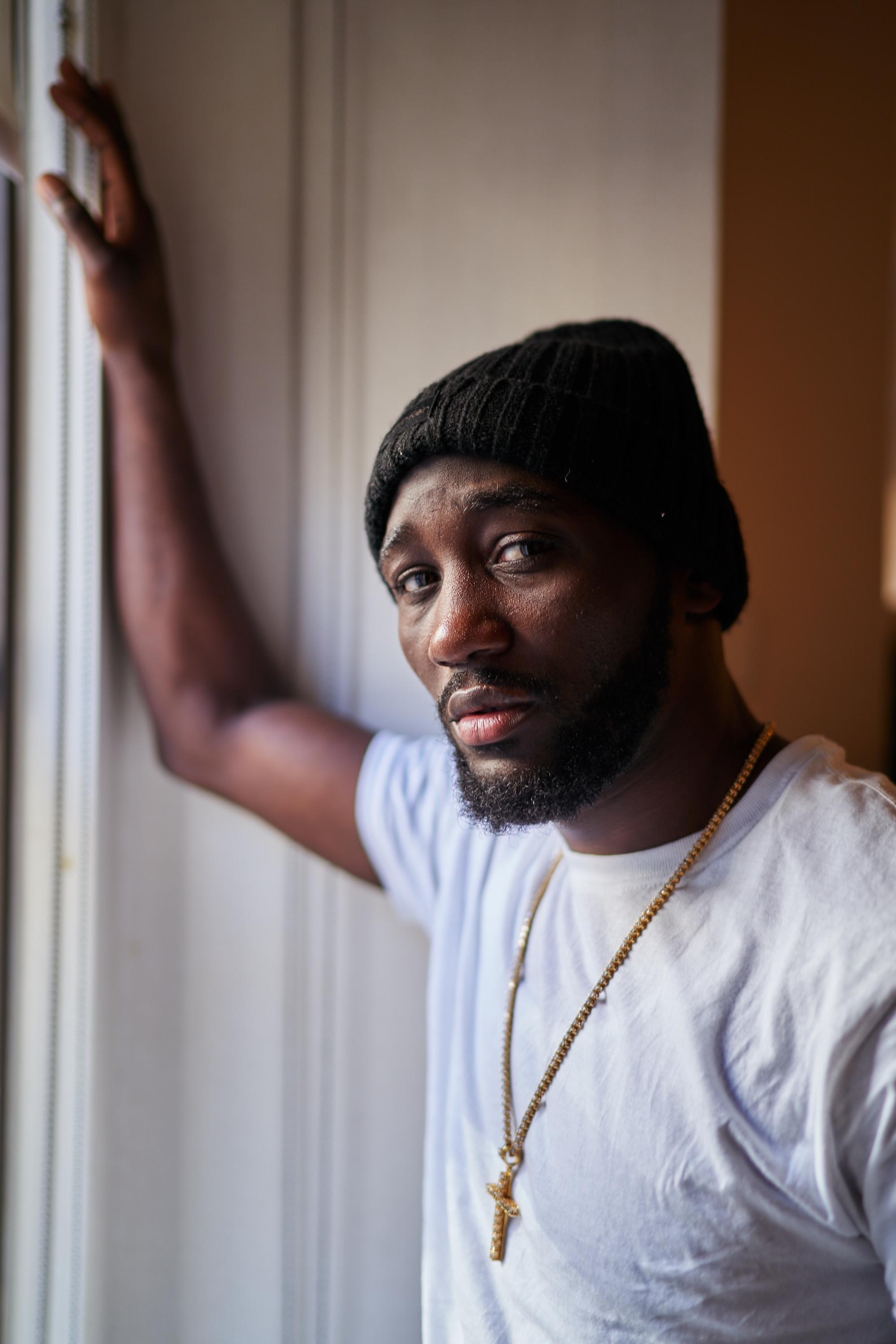 "The drive, the fitness of the dog tags into my profession."

He adds: "Just having your dog there in the dressing room with you, you feel secure."

Omaha-born Crawford is relishing the chance to take on Amir – last seen climbing off the canvas to beat Samuel Vargas on points in September.

That fight set records for the biggest live UK audience on subscription TV.

He has reportedly agreed to a £4 million purse, plus add ons, to fight Crawford at New York's Madison Square Garden on April 20.

Crawford said: "Amir Khan is a great fighter. That's a fight we proposed to team Khan and hopefully we can get it done and make the fight happen."

He tells Sun Online he is eager to return to the UK, having previously recorded a unanimous points win over Ricky Burns in Glasgow in 2014.

"One of these days, it would be great to go back over there," he said.

"It was a nice turn out, those are real fight fans. They come up and support big events." 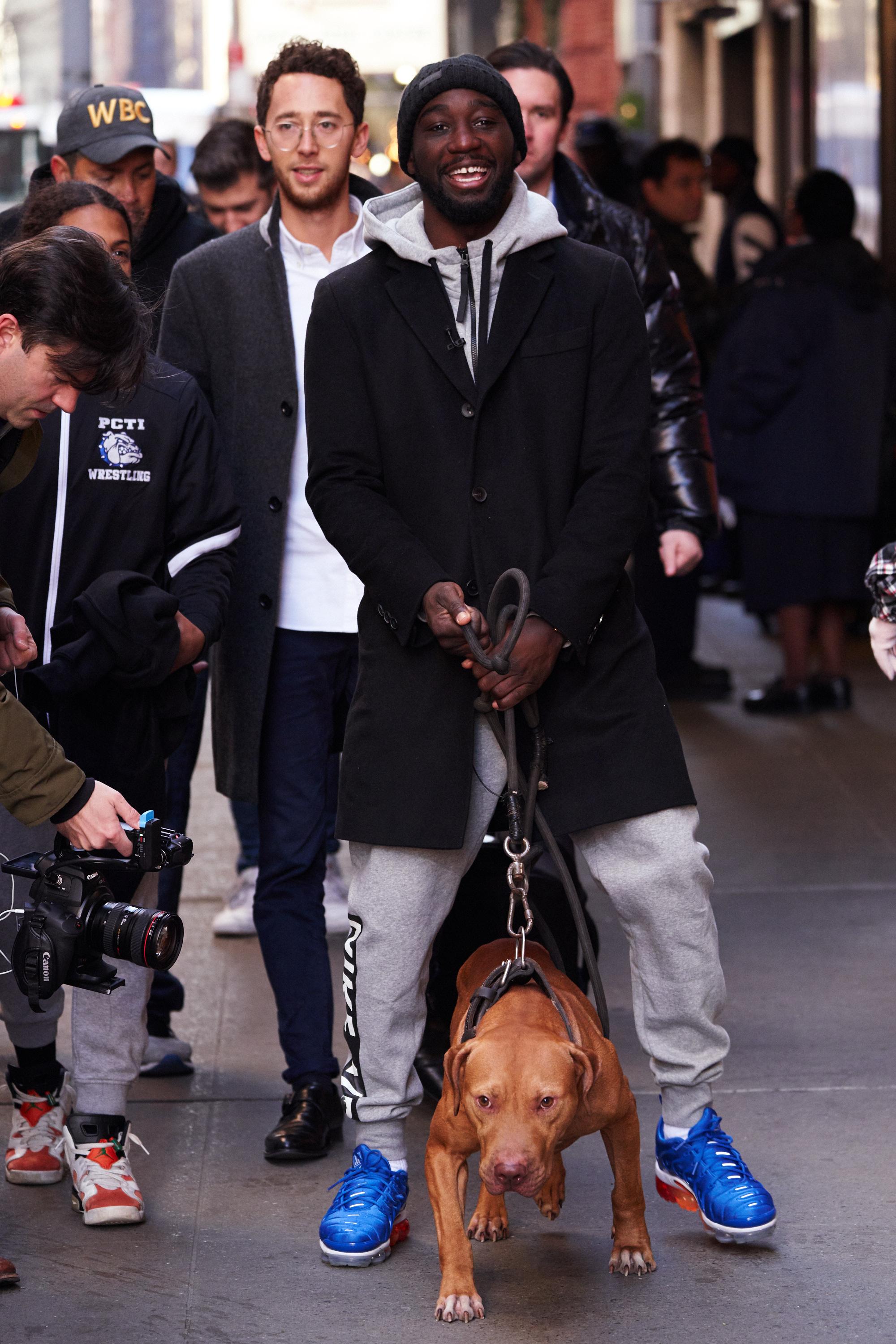 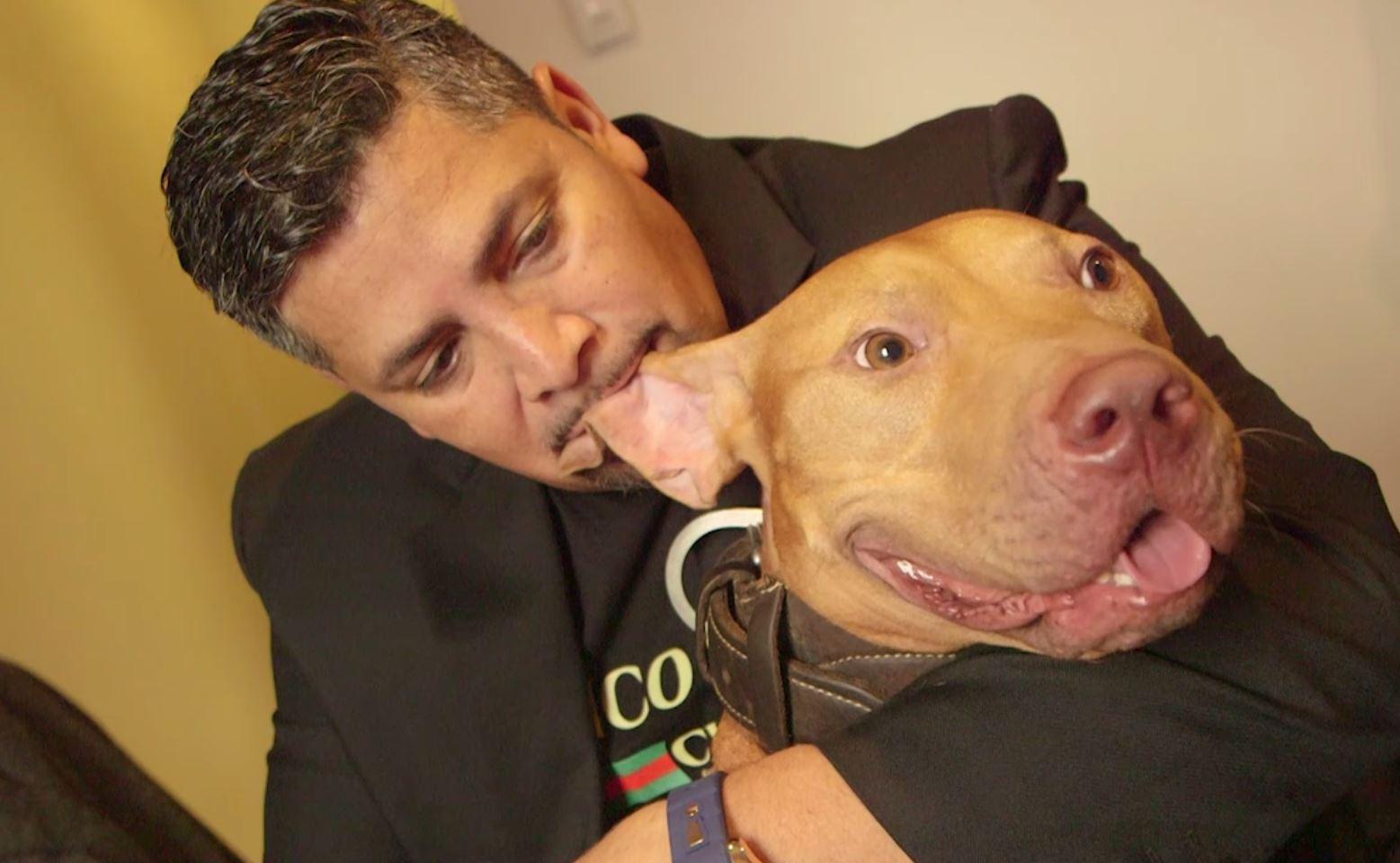 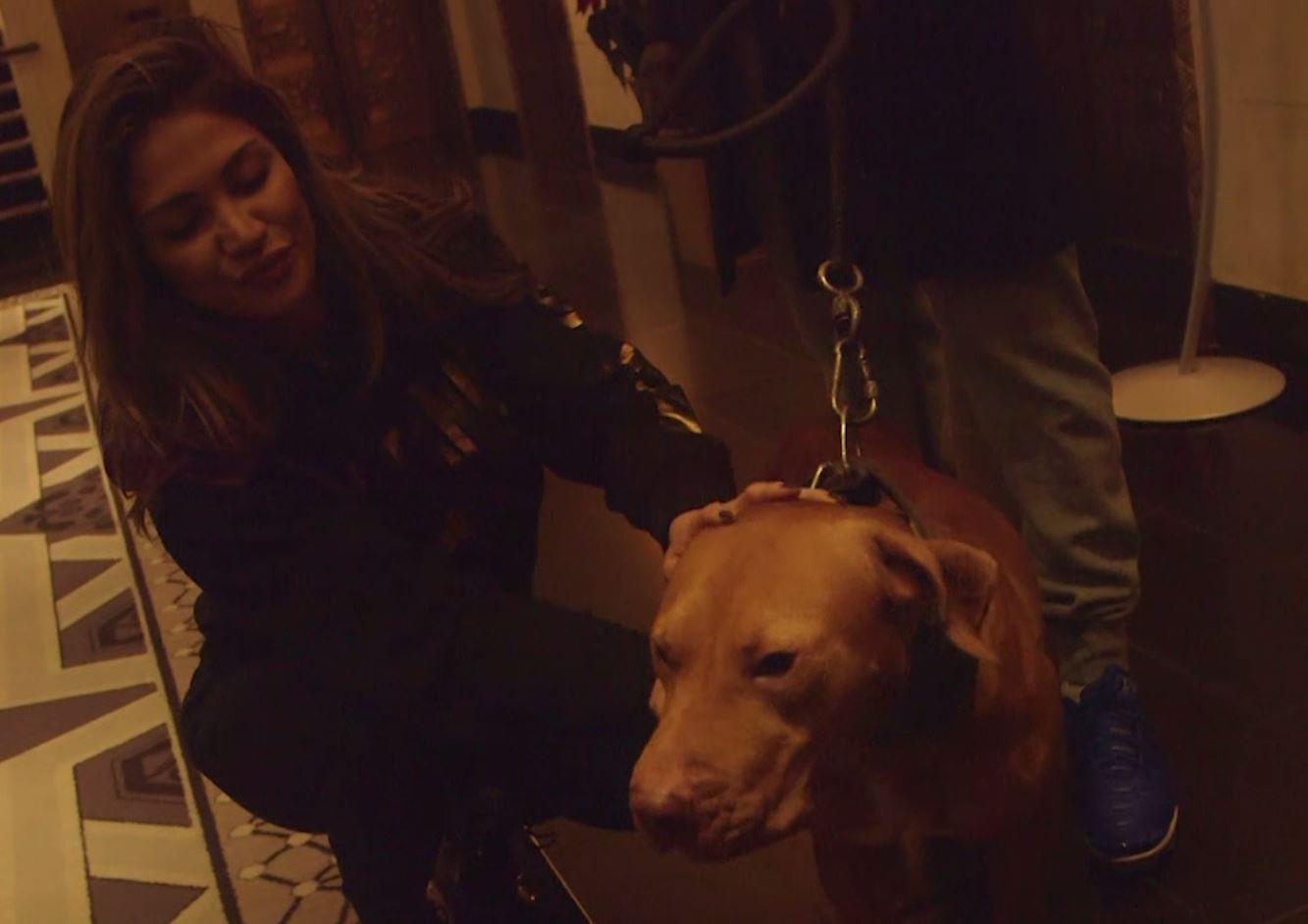 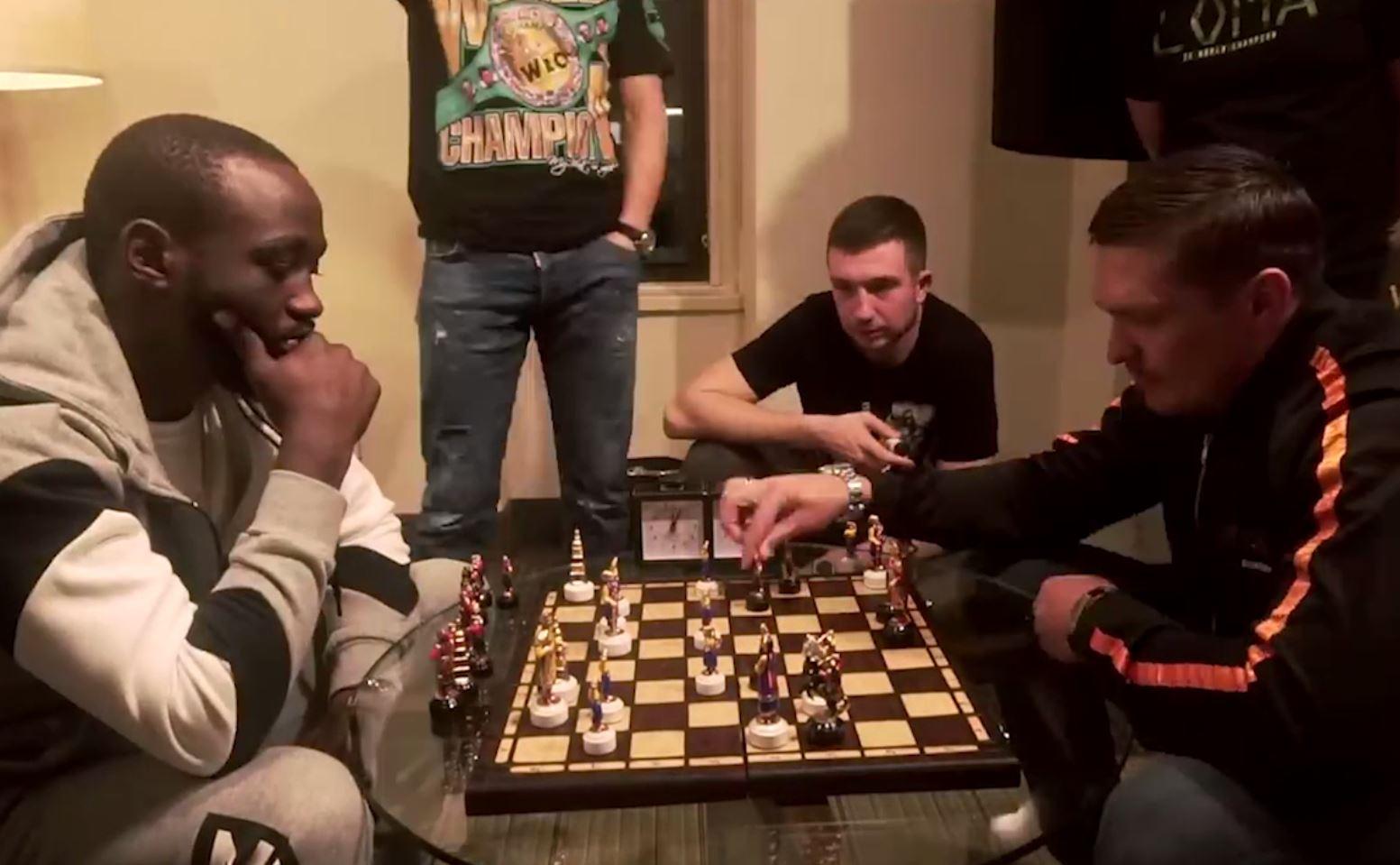 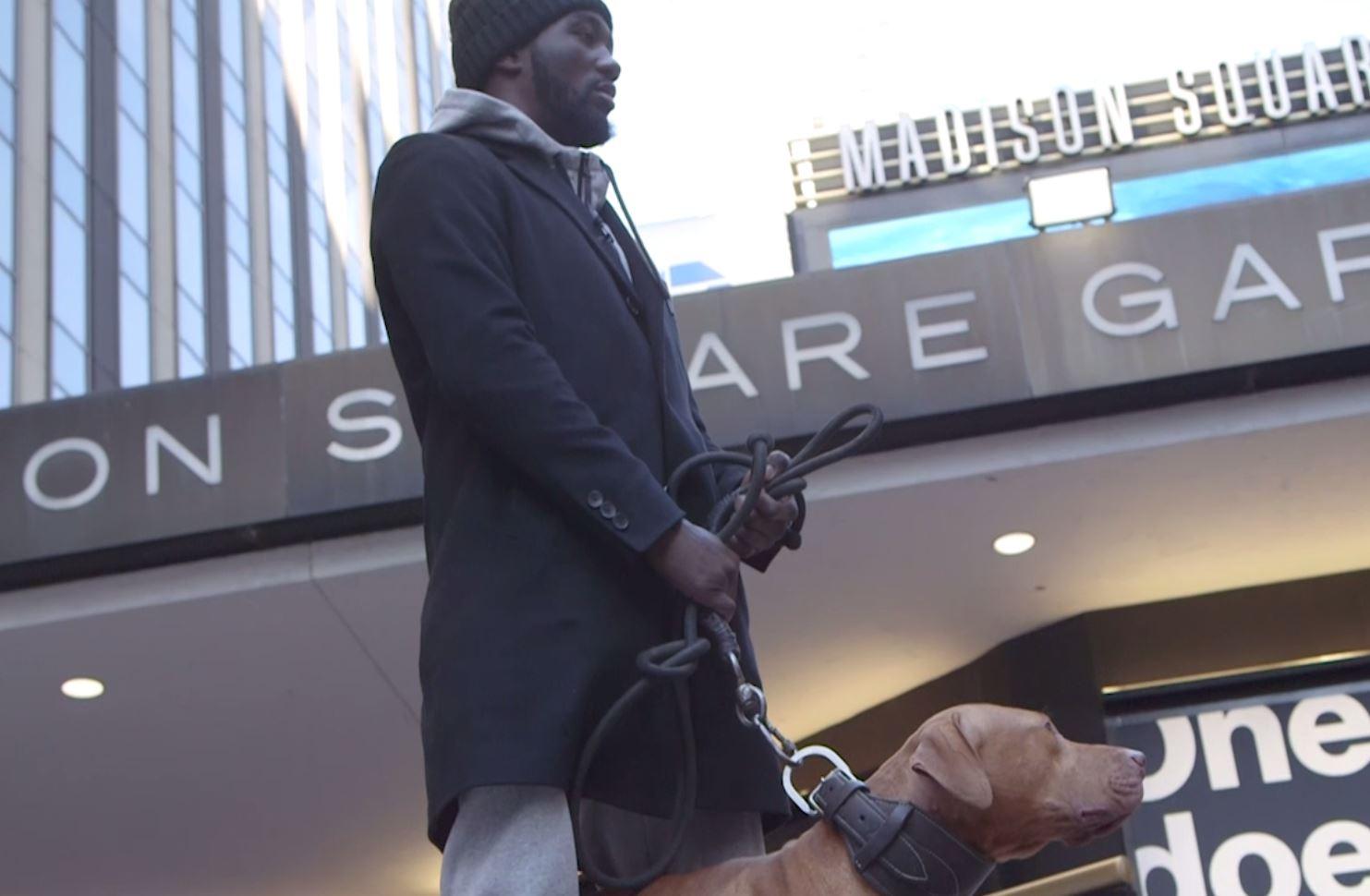 Even the boxing champ has to steady himself as the might mutt pulls on its lead.

It's this power that Crawford says makes the dogs so inspiring to be around.

"Just by walking the dog you see his drive, he's pulling you and I have to walk like this to control him," he told us.

Our man didn't fare as well, being dragged on his heels through the Manhattan streets as the boxer cracked up behind us.

Pitbulls get a lot of bad press, are banned in the UK, and often associated with illegal dog fights and maulings. 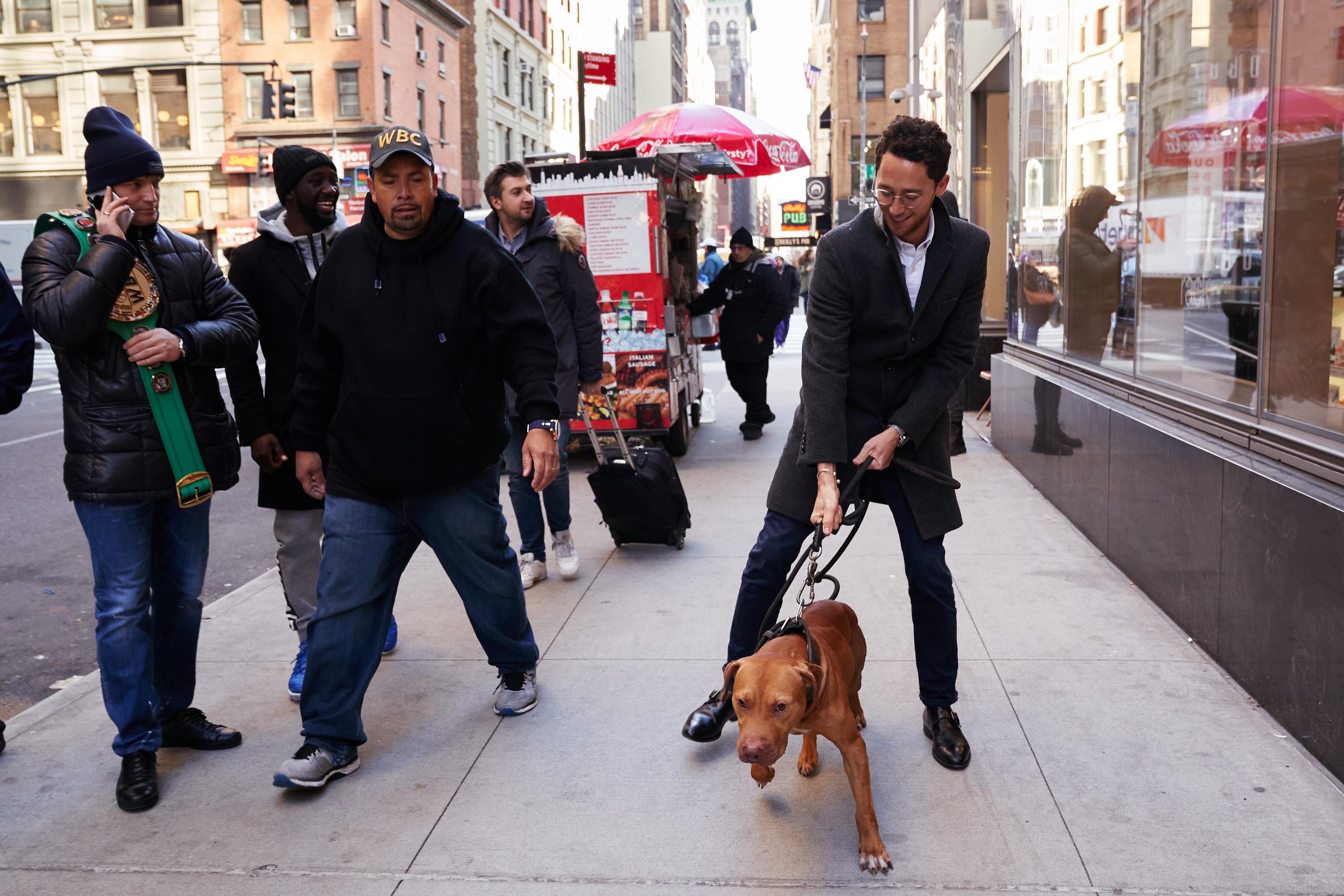 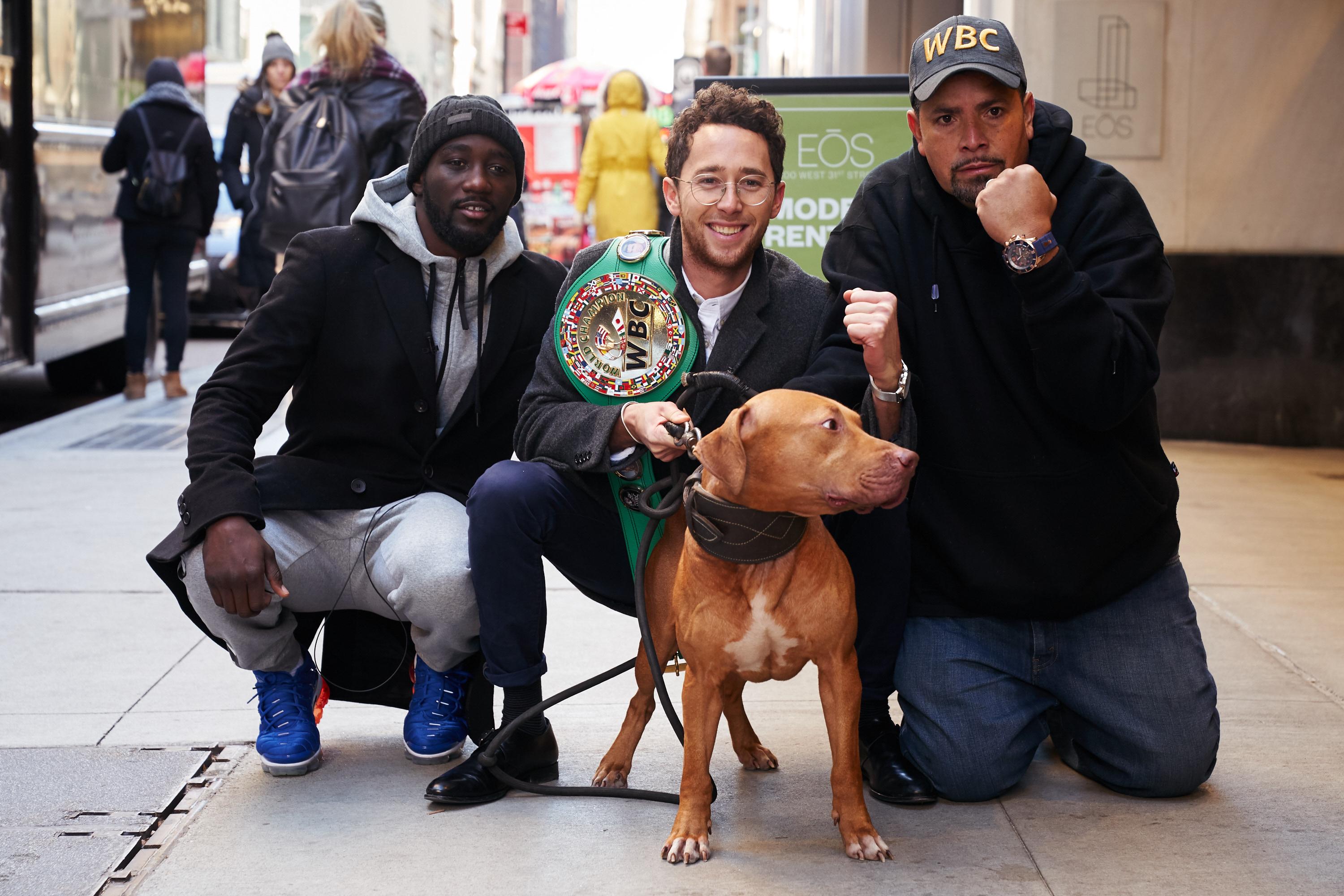 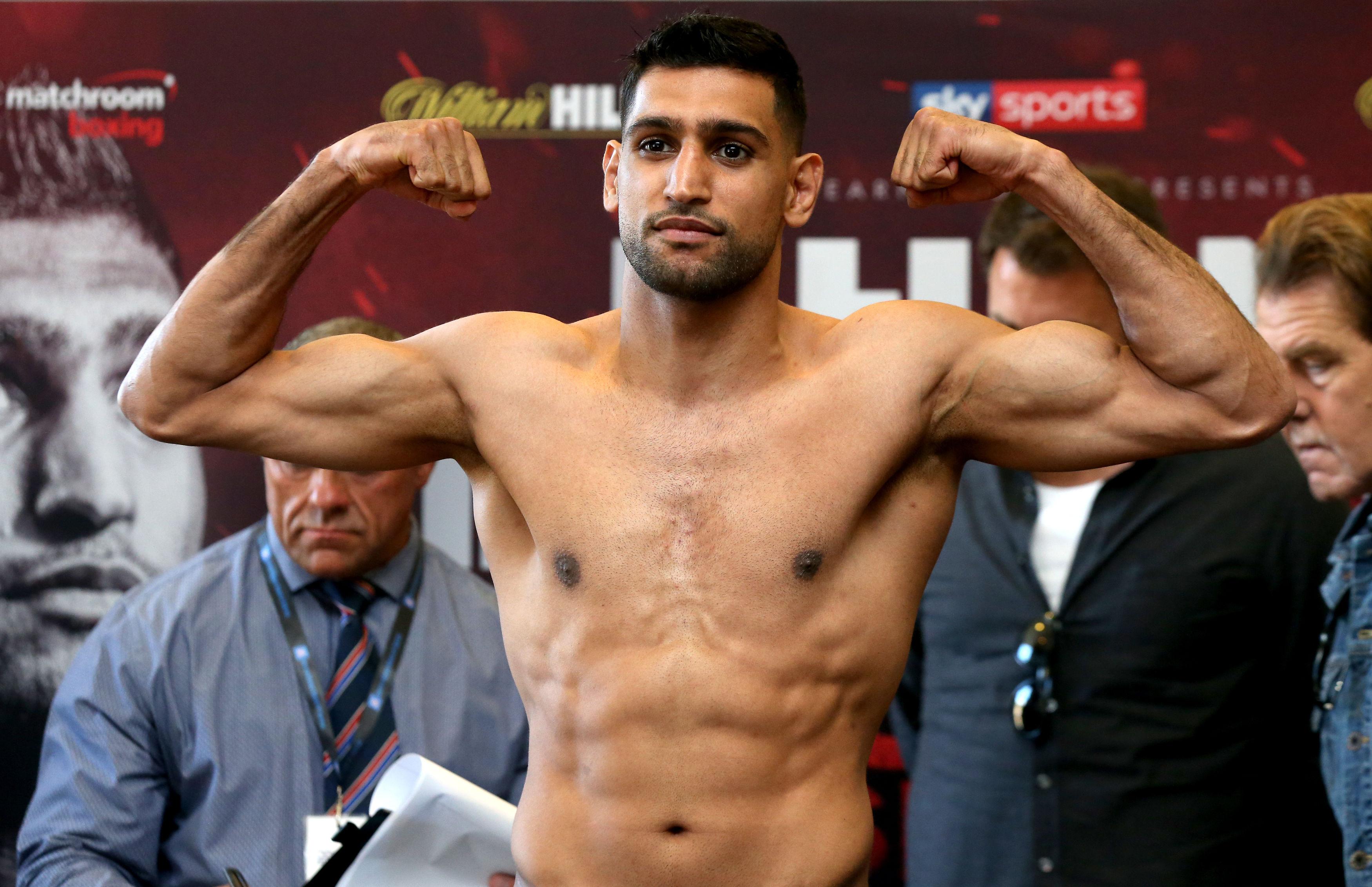 But trainer Chico Lopez says his dogs are the "best of the best", bred from "the golden vein" and, while powerful and fierce, they control their aggression like elite boxers.

He proves Mayday wouldn't hurt a fly by BITING his dog's lip and ear, and feeding him raw chicken from his hand.

The pit bulls we hear about in headlines, he says, were over bred and trained by owners with bad intentions.

Chico, who started breeding dogs in 1993 and personally vets his clients, says: "Real American pit bull terriers have the best traits of never give up, be strong, be kind.

"They were not selected for being human biters." 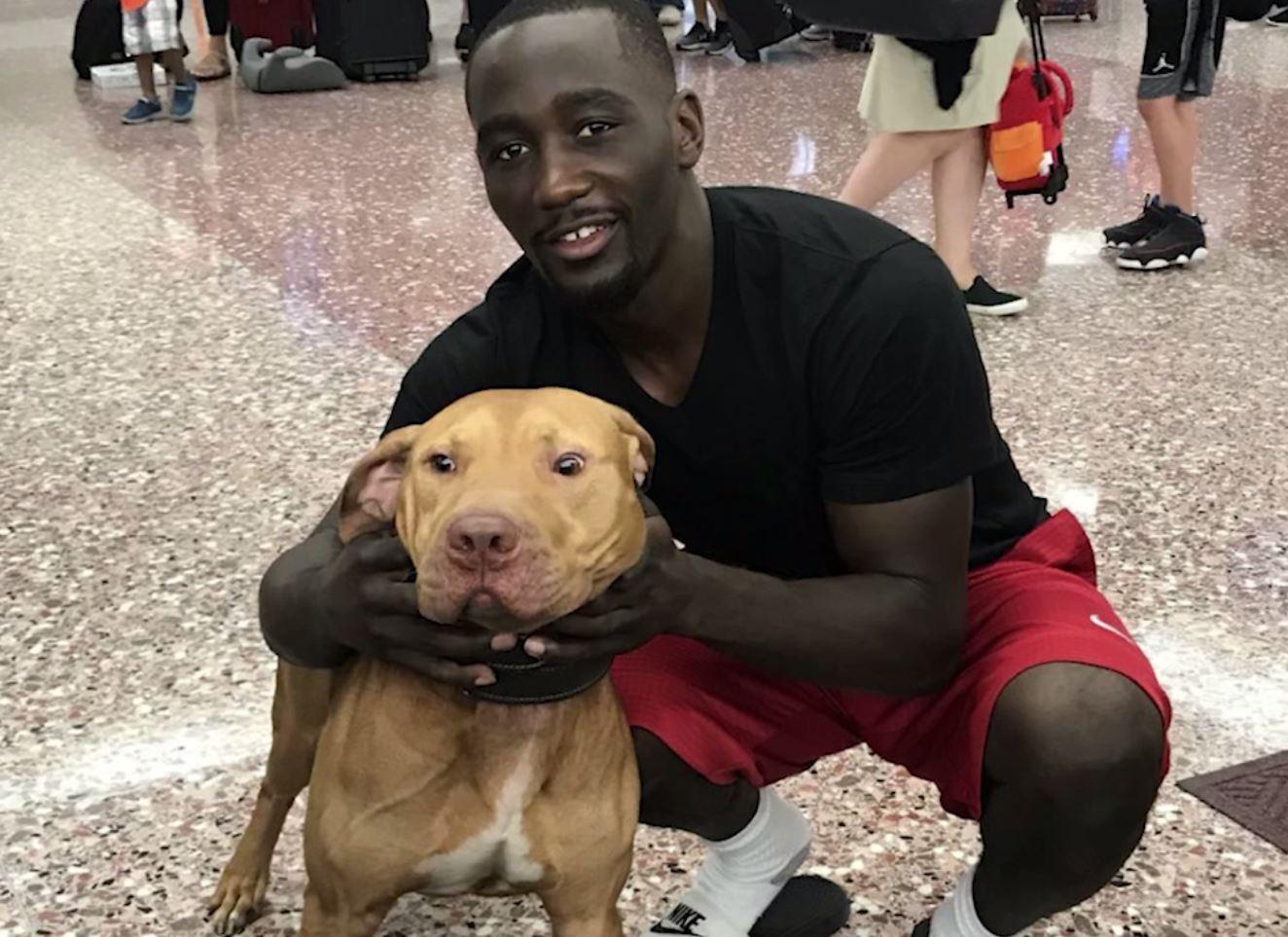 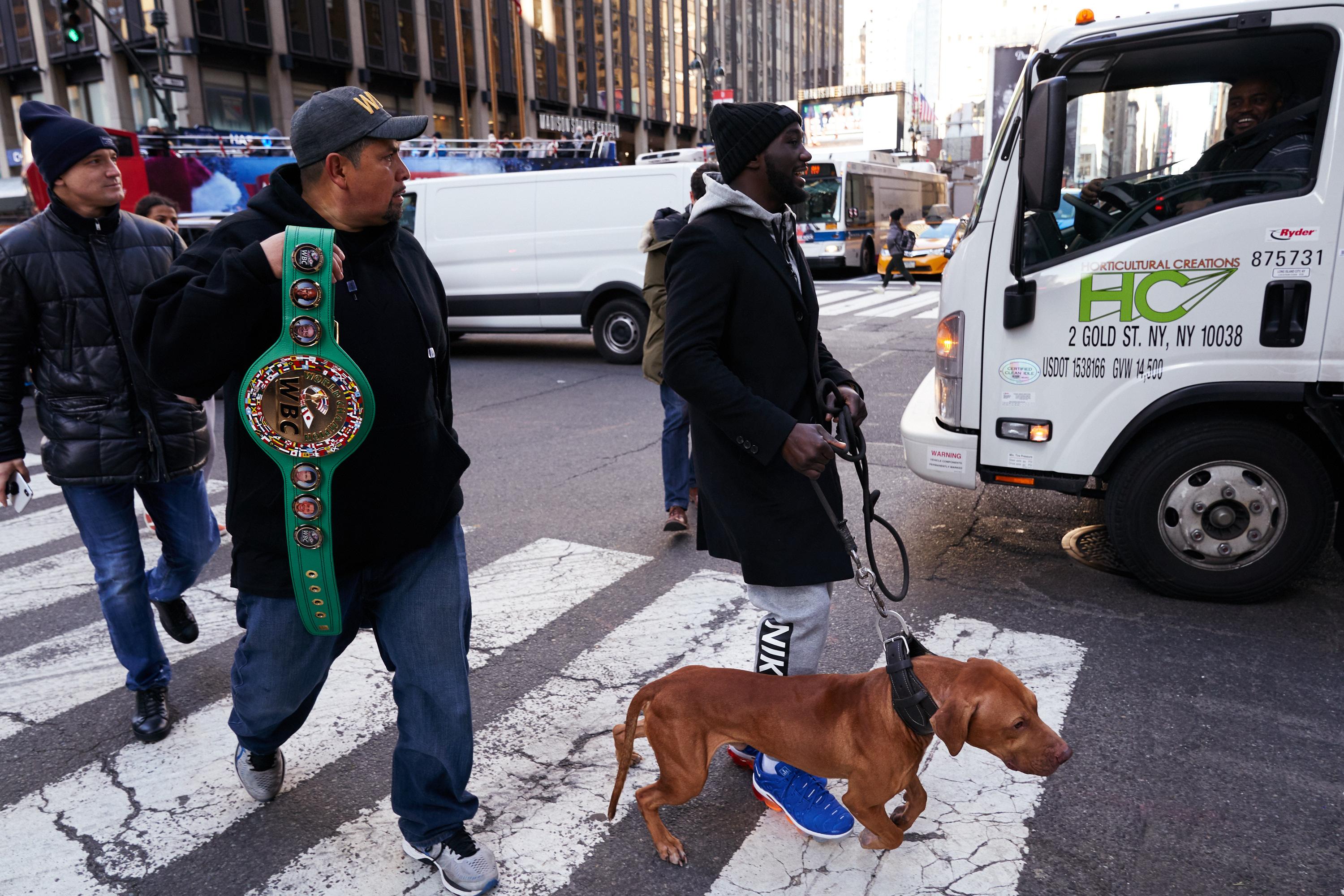 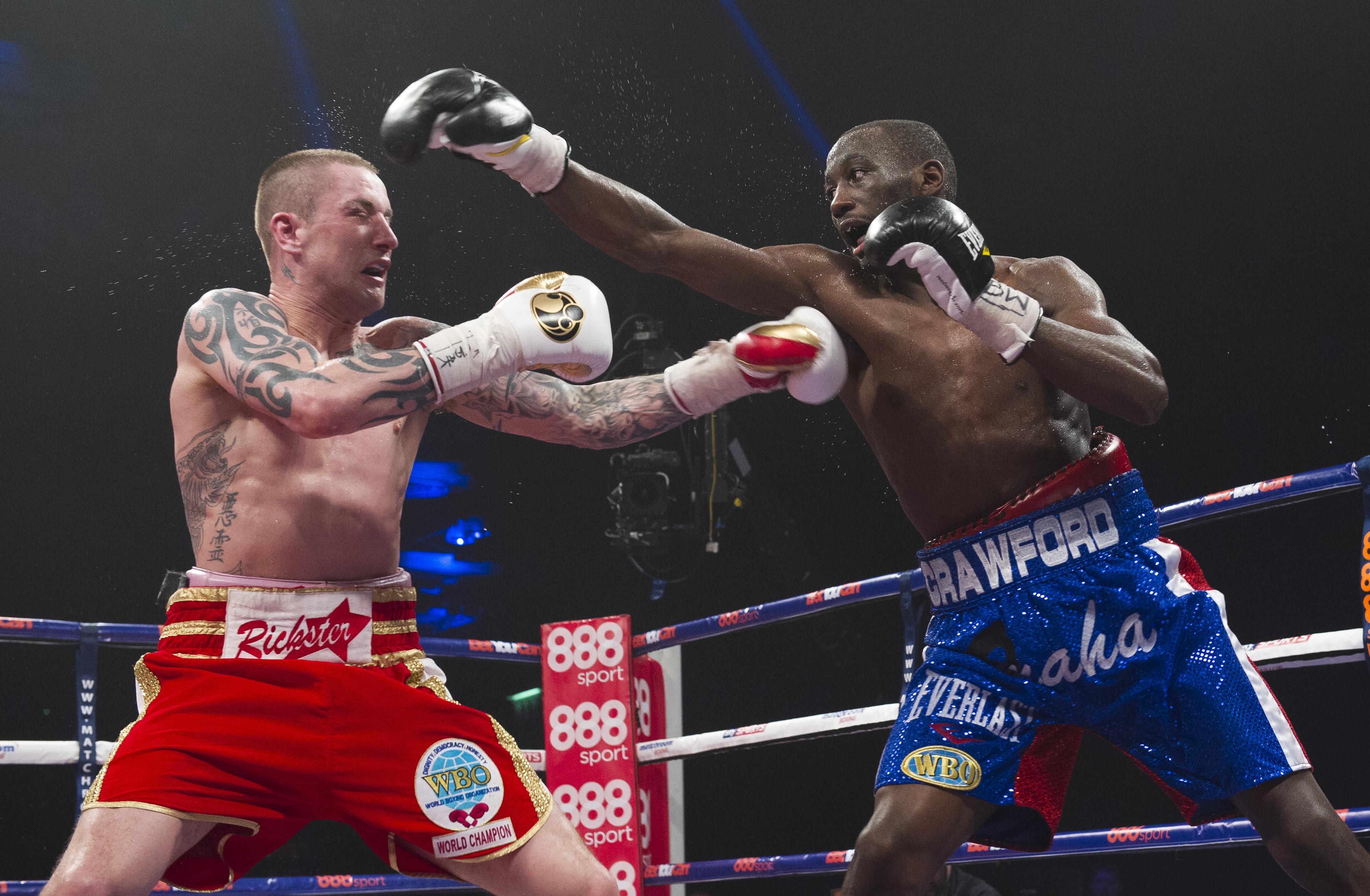 He added: "When the dogs became illegal, criminals were attracted to them. But that's not their true nature.

"I don't sell to just anybody, you have to be special – whether you're a truck driver or pound-for-pound best boxer in the world."

He says he has turned down offers of £200,000 from China and the Middle East for his coveted animals.

Dog walking is not the only left-field training regime in Crawford's arsenal – so too is his love of chess.

In a New York hotel room we watch him and undisputed cruiserweight champ, Oleksandr Usyk, battle it out on the board rather than the ring.

Both credit the game with improving their patience and draw comparisons with action in the ring.

Crawford says: "You've got to think before you move. For every action there's a reaction

"So you've got to think about all those assets with the chess pieces.

"You don't want to make a mistake, because one move could be your last one."