Forgotten Wallabies centre Tevita Kuridrani will launch his World Cup ambitions from the training fields in Canberra on Monday when he starts his first full pre-season since 2012.

Kuridrani will headline the ACT Brumbies return to training for a five-week block of fitness and skill work before the squad's international players join the group in January. 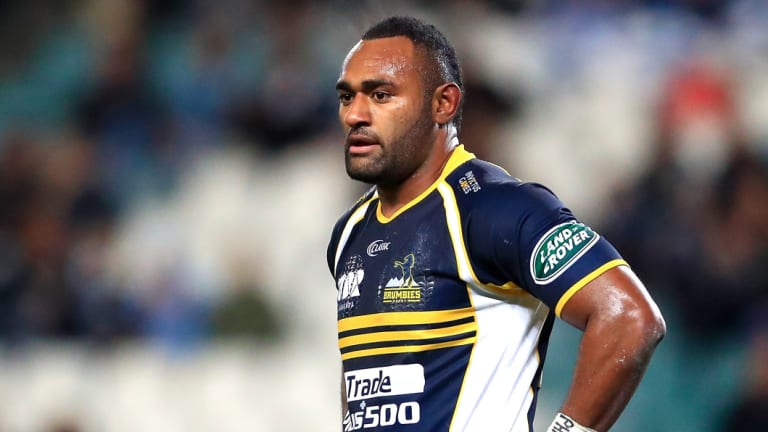 Tevita Kuridrani tore his pectoral muscle in the last game of the Super Rugby season.Credit:AAP

The 27-year-old has played 58 Tests since making his Wallabies debut in 2013, but hasn't had a chance to wear Australian gold since the clash against Scotland in Edinburgh in November last year.

The silver lining to his Test omission and recovery from a pectoral injury is a chance to build the best fitness base since he was an unknown rookie starting at the Brumbies in 2012.

Brumbies coach Dan McKellar believes the powerful midfield weapon can use the unexpected extra time in Canberra to get back to his destructive best when Super Rugby begins on February 14.

He will also be fighting to win back his No. 13 jersey after being overlooked for the series against Ireland in June and then missing a spot on the spring tour because of injury.

"I think he can set himself up for a big year in the next five weeks, he can have a really good pre-season and a good opportunity to develop," McKellar said.

"It's a good opportunity to have himself in the best condition he's been in during his career heading into what's going to be an important year for him."

The Wallabies have used Reece Hodge, Samu Kerevi and Israel Folau at outside centre this year in Kuridrani’s absence. It sets the stage for a selection fight in a World Cup year and with Kuridrani coming into the final year of his contract.

"I think Tevita was very good for us from his 100th game against the Lions through the rest of the season. It was unfortunate he got injured and missed out on an international opportunity," McKellar said.

"But I really do think he can benefit from the next couple of months of just training and getting himself right."

The Brumbies will unveil their new playing strip on Monday, which is expected to be similar to the heritage jersey they wore this year.

The club will have 11 new faces when pre-season training starts, but have the bulk of their squad returning for another year under McKellar's guidance. 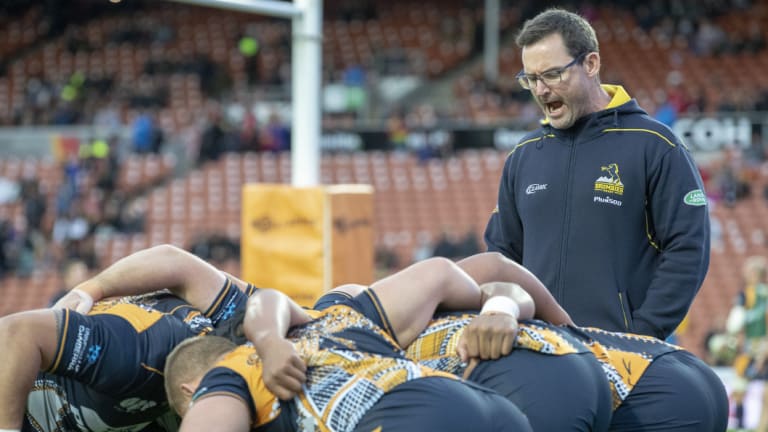 Brumbies coach Dan McKellar is in his second year in charge.Credit:SNPA

The Brumbies will also have to juggle a host of players nearing the end of their existing contracts, including Kuridrani, Henry Speight, David Pocock and Christian Lealiifano.

But McKellar is just focused on putting the fitness and skill building blocks in place for success next year.

"You approach it slightly different, it helps being in the second year as a coaching group," McKellar said.

"We're now well and truly aligned with what we want to achieve on both sides of the ball. Our roles internally have changed slightly and my focus into this second year is similar, but things I need to focus more on."